Buffy, my Buff Silkie pullet (I know - how creative of me) has been acting strange for the past few days. She was laying outside the coop quite a bit...and while my Silkies don't seem to care too much about the cold, Buffy was outside during heavy, wet snow and rain/sleet. I put her back in the coop and locked them in for the rest of the day. She was the only one outside and it was late afternoon. The next morning, Buffy and Suzy (my other Buff Silkie) were the 1st ones out the door. Again, later that day I found Buffy just laying around. I should also mention her head fluff seems to be always wet...I believed she was 'dipping' her head when getting a drink of water. She is eating and drinking well (at least while being pampered) and has normal stool. No wheezing, rattling, snotty's or anything of the sort.

She seemed uncoordinated and at 1st I thought she had a broken shoulder, but when I held her up she beat her wings like normal. I put her on the kitchen floor & got some pictures. 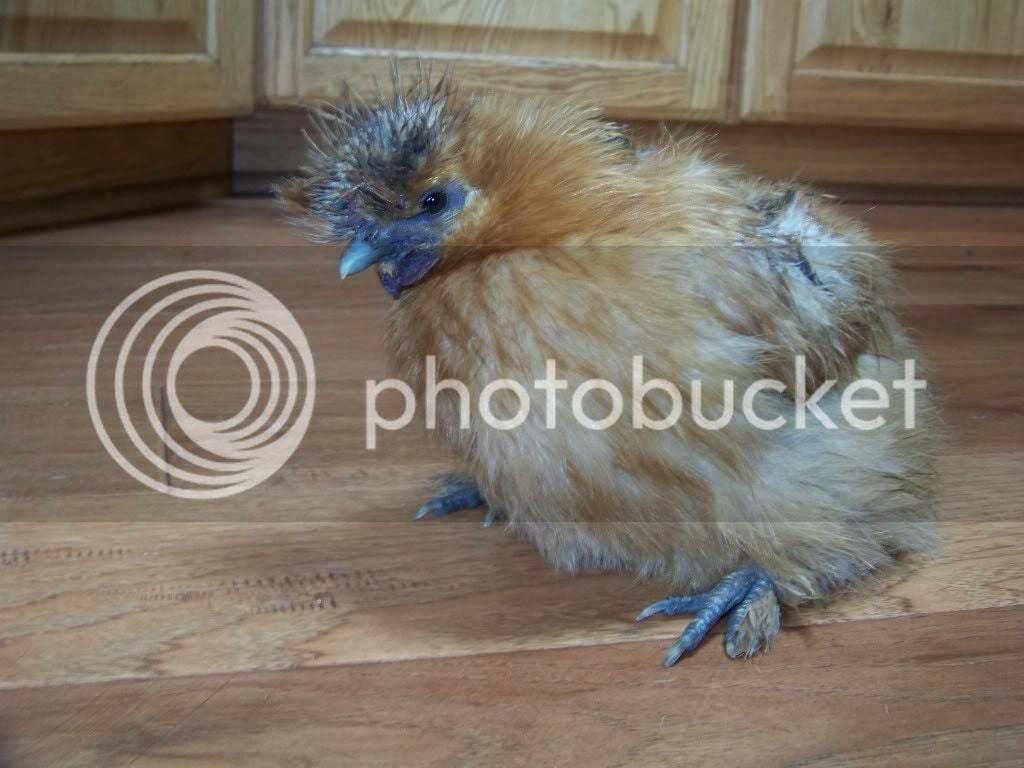 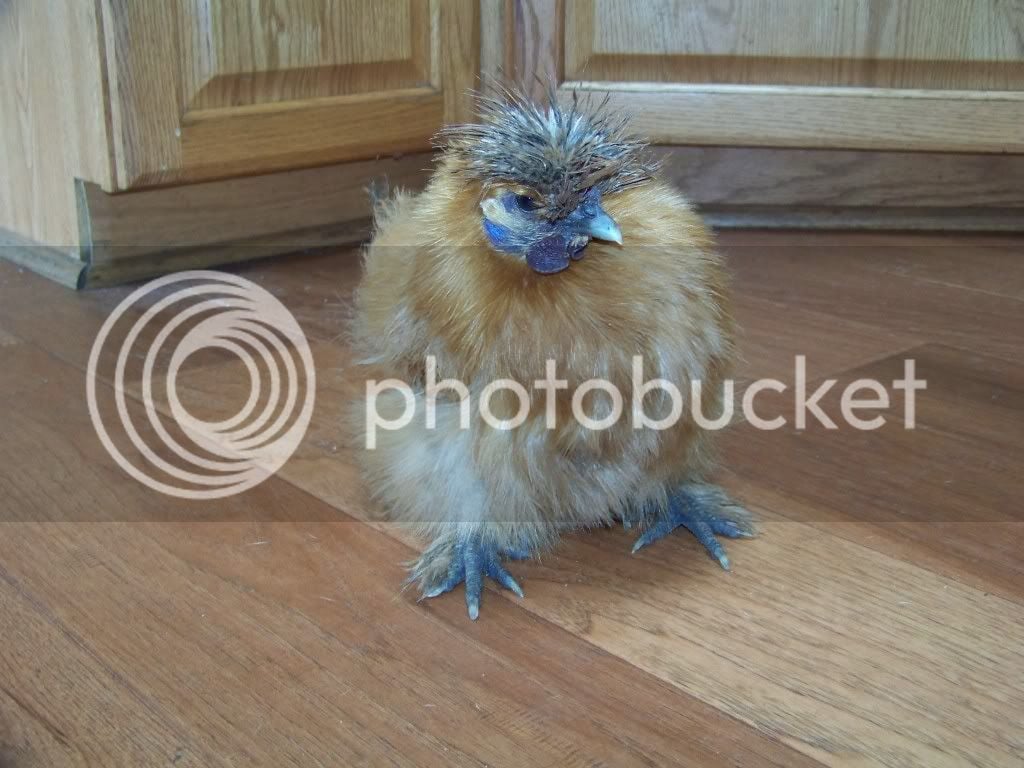 She had quite a bit of poo on her (also unusual), so I washed her up in the sink and wrapped her in a towel. I finished off by blow drying her (she loved that!!!) and then sitting her back down on the floor to observe her. She was a little stumbly and I finally noticed (I'm a li'l bit slow sometimes) her head was tilted to the right and what I 1st thought was swelling, was actually her breast bone - offset by her head placing.

Did my Internet research search and discovered my Silkie's AND my Polish have brain exposed on top of their skulls!! Let's go back for a minute and mention again I thought Buffy had a dipping habit. It started several months ago...I never seen anything but what appeared to be a wet head... Upon further (up close & personal) inspection, I noticed her head fluff looked more matted than just wet. It looks like it might even be at least partly dried blood causing some of the matting. Keep in mind, this is really close inspection while bathing her...otherwise, I probably would have never known. I detest being a 1st year chicken farmetter!!

One of my other Silkie's, a little white girl named Eleanor had similar neurological symptoms when she was pretty young. But, she also had a bloody head from one of the other pullets being aggressive towards her. I suspected she was being bullied regularly and not being allowed to eat or drink with the others. I brought her inside for a few days & gave her some extra love & attention and she is now a beautiful fluffy white Silkie. It never even occured to me she suffered brain damage from a blow or peck to her head!!

I am now pampering Buffy and keeping a very close eye on her. I'm hoping she'll improve in the way Eleanor did...and now I'll know what to be watching for!! She has already shown some improvement, so...

Baloo, my Blue Silkie pullet, is sitting on 6 eggs and won't get off them. I think this is why Buffy was 'attacked'. Should Baloo & her eggs be put elsewhere?

C
Chicken has a crooked neck. Not wry neck.