This Sunday my parents and I picked up two beautiful, sweet Silkie Bantams from Craigslist: A (dark) blue one and a white one. They were both supposed to be hens and supposedly already laying. I'm guessing them to be around 5 to 8-months old.

The white one I'm certain is a pullet, but the blue one I'm not certain is a female. It has a large comb, though no red on the comb, but definitely noticeable waddles that are red tinted. And the white one is really shy, while the blue one just wants to get out and explore. My EE viciously attacks it, so for the most part, I keep them separate (the Silkies are in a small enclosure inside the big girls' pen, and when I let the big girls out to free range, then I lock their gate temporarily and let the Silkies out to play in the big girls' pen). The blue silkie actually squatted somewhat when I went to touch it one time. And s/he and Emma, my Production Red, were fighting earlier (it wasn't that violent), but of course, my big hen ended up winning. The white one has not been picked on but she also hasn't come out and encountered the big ones in that way. The blue one doesn't have roosterish feathers, though. However, its crest is swept back a tad, or rather, slightly has what is seemingly called 'streamers', whereas the white one has a nicely more rounded crest. They do seem to be the same size, but another thing that makes me wonder if the blue one (named Andee) is a male is because it was 'tidbitting' a little to the hen--or whatever that's called--when I gave them some scratch. 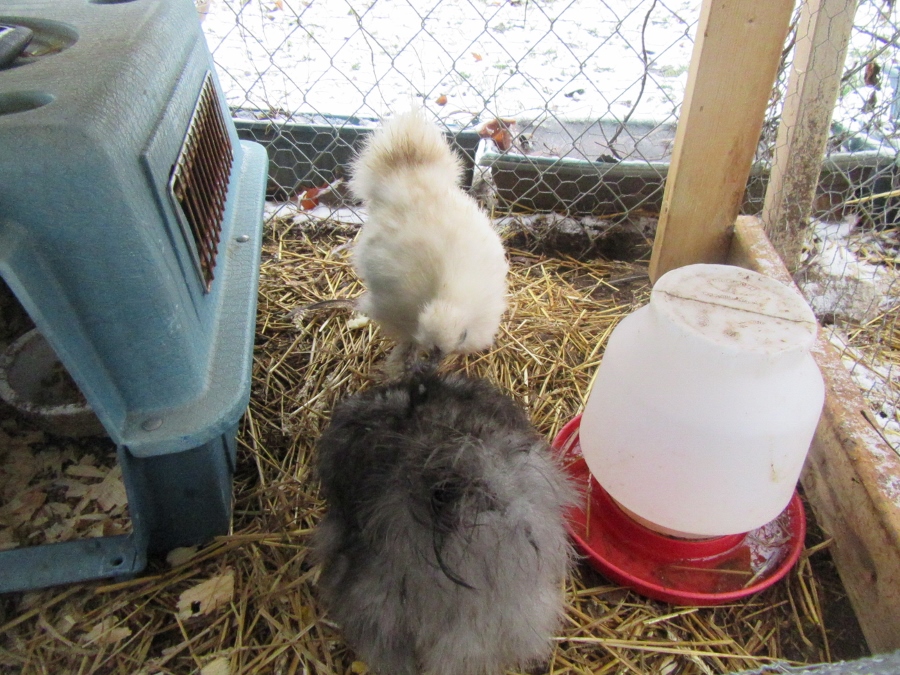 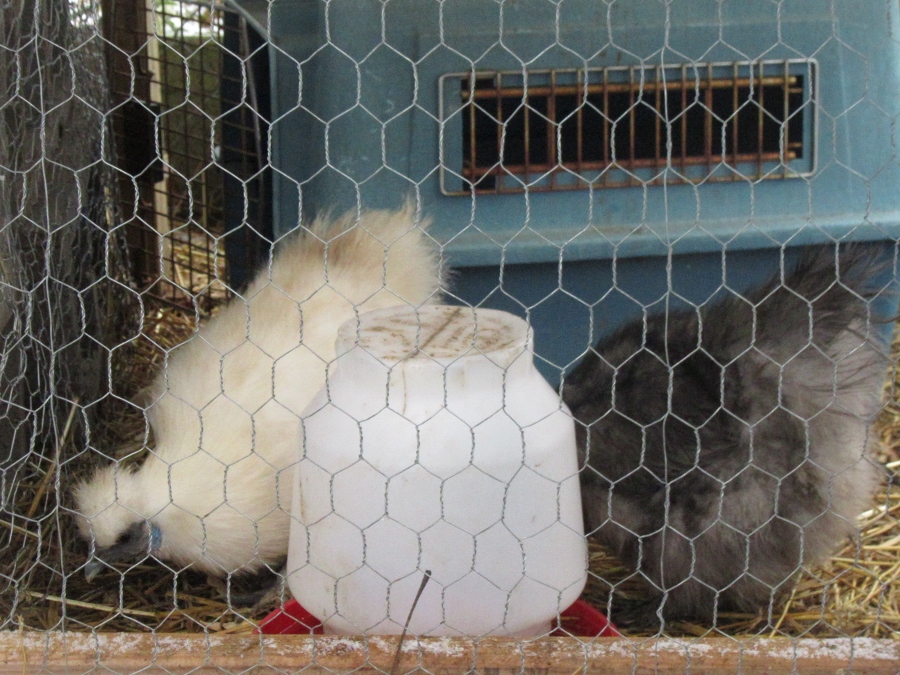 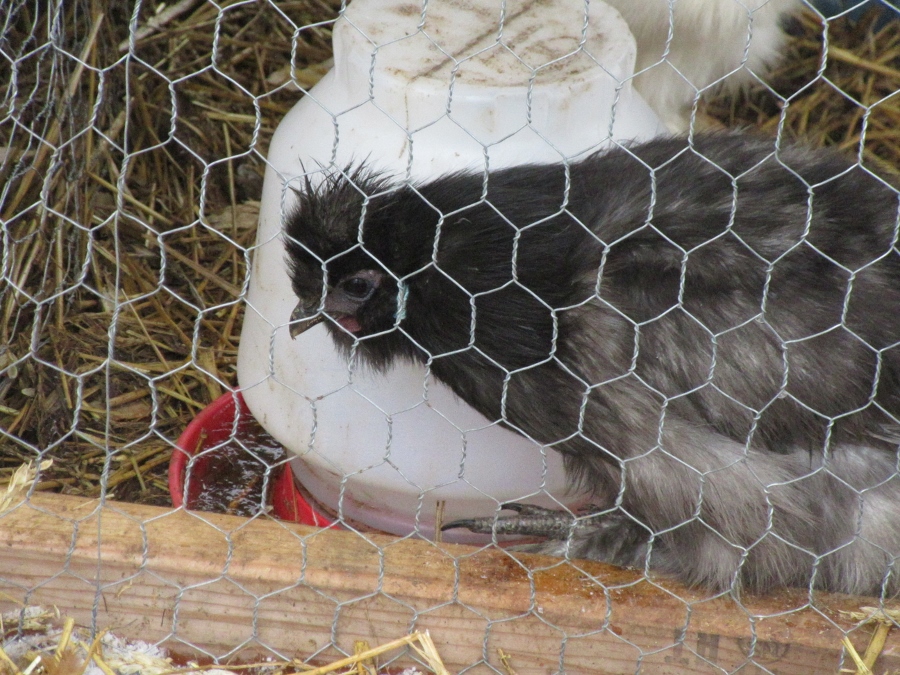 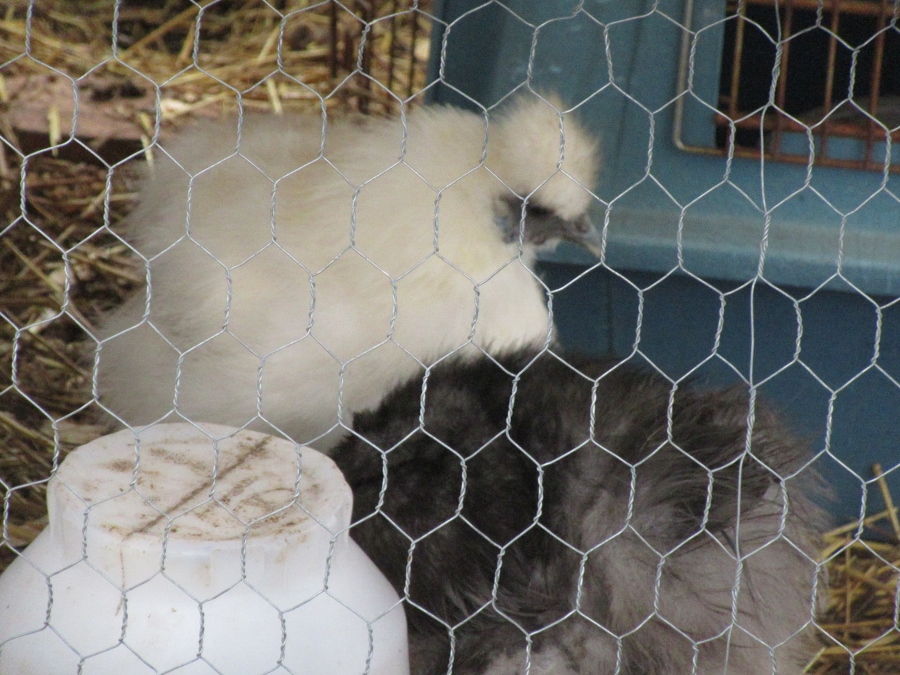 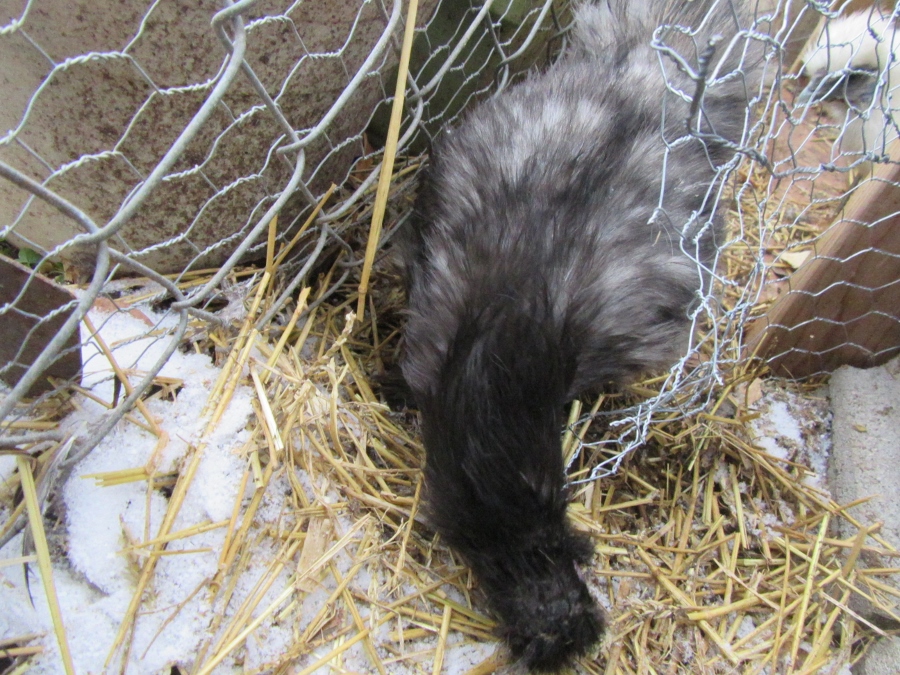 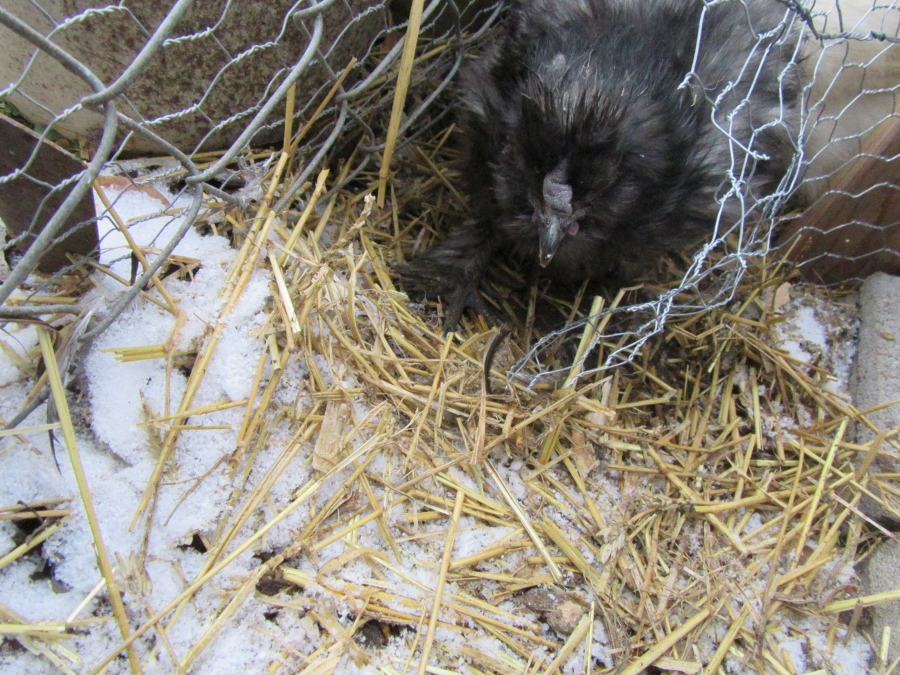 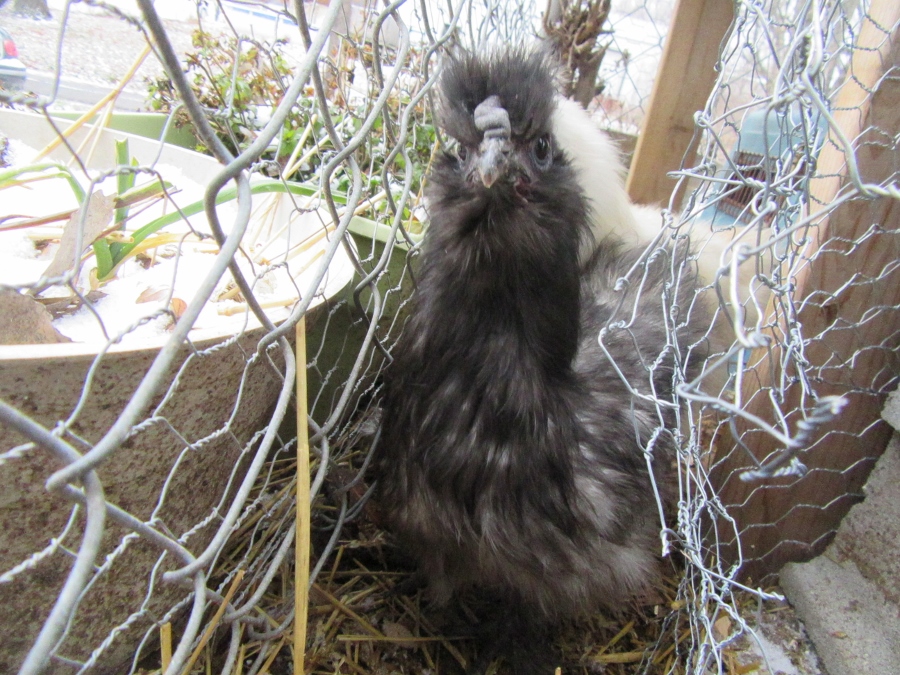 Blue Silkie looks like a handsome cockerel to me.

Alexandra33 said:
Blue Silkie looks like a handsome cockerel to me.

A cockerel! Aw, man, I was so hoping it was a pullet, 'cause my neighbor has five Silkie bantams, and three are roosters (the other two are hens), so she offered to let me have one of them, so if Andee would've been a girl, that means I might've eventually been able to get one of their roosters = more chickens.

But thank you. My mom (surprisingly) and I still love him, and want to keep him regardless.

Alexandra33 said:
Blue Silkie looks like a handsome cockerel to me.

Okay. I'll break the news to my mom.

Pullet. Looks exactly like mine do. There isn't any male specific feathering that i can see. Some pullet have spiky crests, (like mine) so you can't go by that.

When it comes to Silkies sex, you won't really know, till it lays an egg or crows!

I can't count the times I've been fooled by Silkies.

As mentioned already, Silkies are very hard to sex and I usually can't tell for sure until they crow or lay an egg.
I'm guessing male, but I could be wrong. The best thing to do is wait!

Crazy for Chickens! said:
Pullet. Looks exactly like mine do. There isn't any male specific feathering that i can see. Some pullet have spiky crests, (like mine) so you can't go by that.
Click to expand...

Yeah, that's one confusing thing about him/her...is that s/he really doesn't seem to have any (particular) male feathering. S/he clucks softly when eating scraps, to get the white one to come eat with it, you know, like a good rooster will do for his hens. But then s/he squats when I go to pick her/him up or pet her sometimes, like a lot of hens tend to do.

EggWalrus said:
When it comes to Silkies sex, you won't really know, till it lays an egg or crows!

I can't count the times I've been fooled by Silkies.

Lol, so I've heard! I just thought they were old enough that knowledgeable members would be able to discern more easily than I can, as I'm far from being a "chicken expert", so to speak.

And so far, both of those Silkies have yet to crow or lay an egg, and I've had them a week today (technically eight or nine days).

What color is this silkie? Found photo online.