Hi I just had my first hatch yesterday and all of my chicks were sticky of the 13 that hatched so far I have only 4 chicks and I'm guessing that will be down to three soon. The first four hatched and i left in the incubator like i believed i was supposed to . The next morning I woke up and noticed one of the chicks was basically dead. The other 4 struggling. I opened the incubator and took them out and they were dry but the feathers had hardened abd turned to like glue. So I washed them in warm water and blow dried them then Put heated tea towels in the brooder and placed them in there under the heat lamps. The next chicks to hatch I took out of the incubator as soon as they were standing and cleaned them the same way. I believe those are the chicks still living. I also had two hatch on the wrong side and die from what was like a hernia or bowel prolapse. They were extremely bloated and there insides were just coming out. I actually had to put one down it was so bad I could not just leave it to suffer. It was awful. I'm not sure I ever even want to do this again. I have a little giant still air incubator with an automatic Turner. I added very little water in the begining just a wet sponge kept the humidity pretty consistent at 48 to 53. I locked down the eggs on what I thought was day 18 but have since read not to count the first day. I also have about 6 eggs that I added 3 days later because of an issue an picking them up. Temp was 100.9 pretty consistent entire time. I dont have a seperate thermometer or humidity gauge. It will be here tuesday tho. I'm going to head over to tractor supply and see if they have one today. On day 18 I removed the turner and added water. I had a very hard time getting humidity up regardless of how much water I added. Then the eggs started hatching and the humidity shot up to like almost 90% and Like i said above I removed some sticky chicks about 24 to 28 hours after hatch, most died and lost some others because of the way they hatched but now I have 6 other eggs in there and I'm so stressed out about them having the same problems. I'm also concerned about what might be I guess a contaminated incubator after having lost chicks inside for whatever reasons there fluids and the fluids from the eggs and such but my only other incubator is one if those $10 7 egg incubators that I'm not sure works. If anyone has any advice I surely need it. It is not the happy days I thought it would be

No. Just the one in the incubator. I have one coming but it won't be here till Tuesday. I thought the 2 and 3 thermometers were overkill. Really regretting that now.

Liviepaigesmom said:
No. Just the one in the incubator. I have one coming but it won't be here till Tuesday. I thought the 2 and 3 thermometers were overkill. Really regretting that now.
Click to expand...

Never trust what the built in incubator thermometer, & hygrometer tells you. They're never calibrated properly.

I rely on 4 different thermometers, & two different hygrometers to go I by. It's not really overkill if you know what the temperature, & humidity is 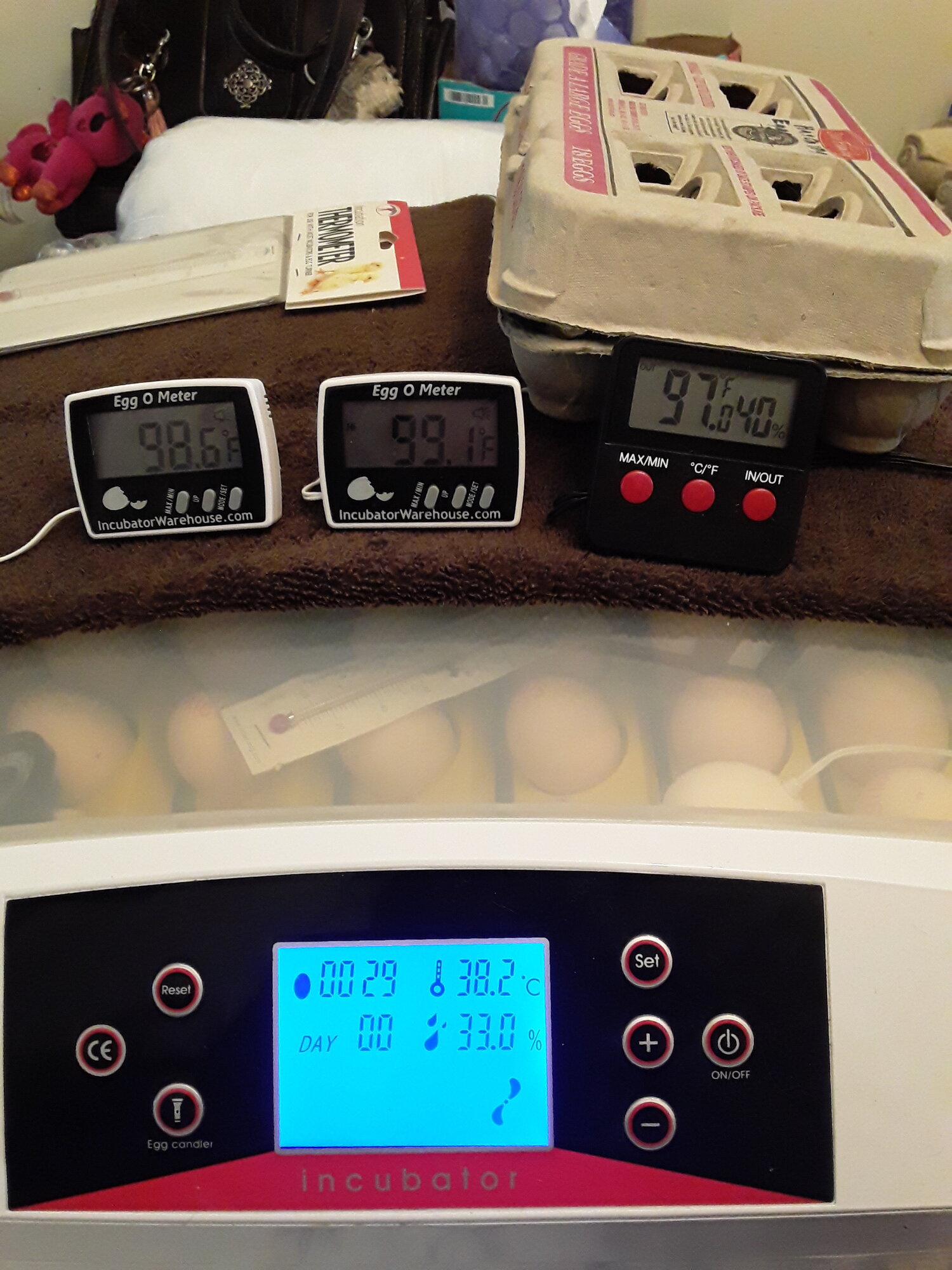 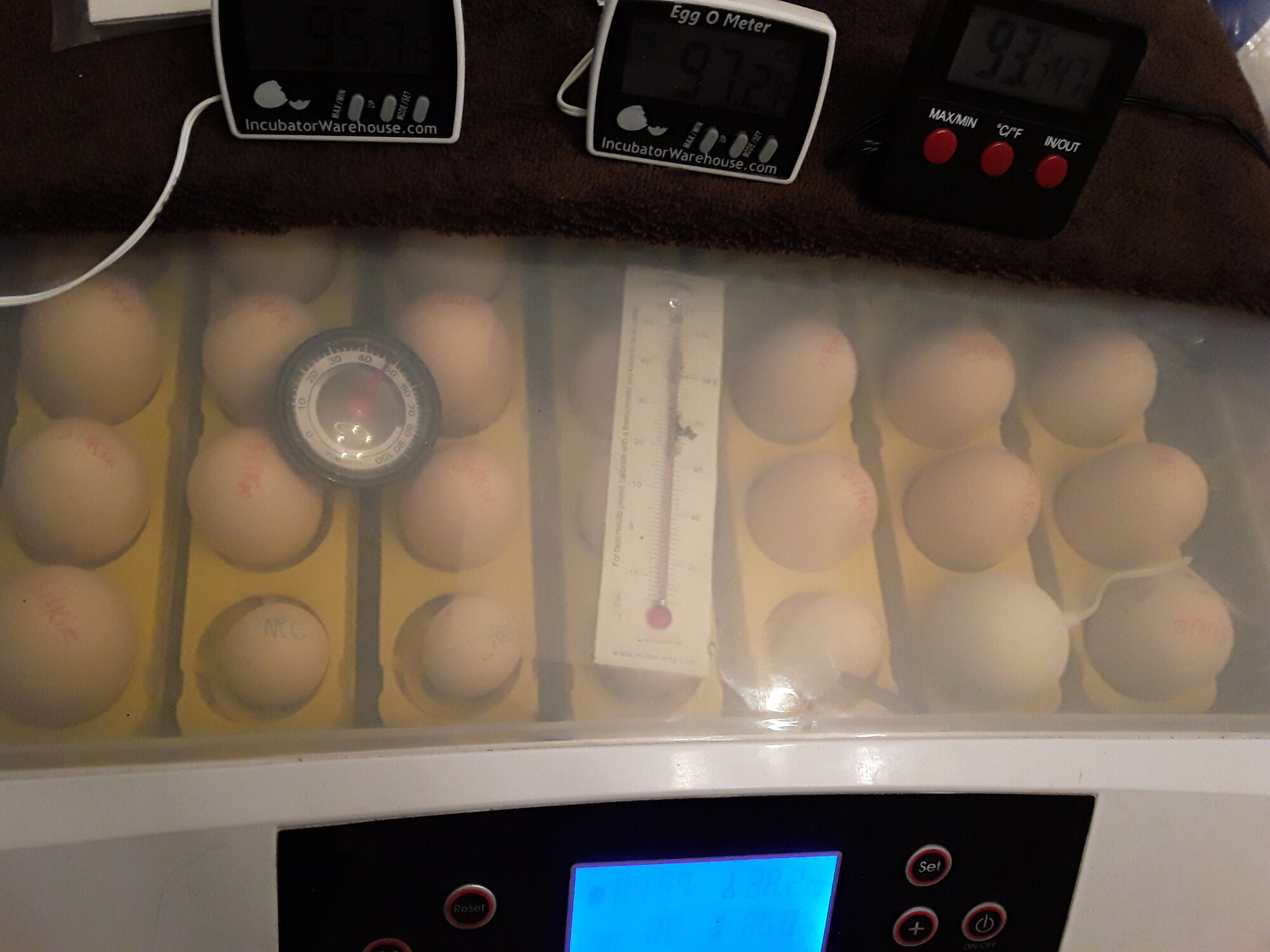 Did I make the biggest mistake??
2

Will a sudden drop in humidity damage the chicks inside?

How to raise humidity during last week of incubating