Stuart, the egg that went to school

This morning I woke up with less than 15 minutes to eat breakfast, get dressed, take care of various animal related chores, and scamper off down the driveway in 2 inches of ice and slush to catch the bus. So naturally I was in a bit of a rush to get out the door. Because of this, I forgot to put a newly collected duck egg in the kitchen, and instead of becoming my mom's breakfast, it hitched a jolly ride to school this snowy friday morning.

Upon finding said egg in my coat pocket while removing my snowstuff at my designated locker, I decided to tuck it safely in my backpack, so as not to forget it in my locker to spoil, then I headed directly to my first class; Biology (which looking back on it, seems very fitting). I then proceded to show the egg to my friend, who promptly took it upon herself to give the thing a face, name, and family. The egg had taken on a new identity of Stewart, the young and valued child of my friend and myself. He (Stewart) got an exaggerated surplus of quizzical looks and blatant questions concerning the origin of such a thing as an egg in the classroom. So I, as to spare my newly christened progeny such humiliation in the eyes of my rude, staring classmates, nestled him cozily back in my bag to rest until I got home.

That day was a big one for young Stewart, who learned alot about the biomes of north america, ink drawing techniques, the 30 years preceding the American civil war, and how to create accurate line graphs concerning change over time. He entered the building an fresh, innocent mind, and exited a learned egg. This is not only a big day for this one egg, but a historical moment for all of egg kind.

Footnote: Stewart is infertile so unfortunately he can never reach his full potential as a hatched bird. 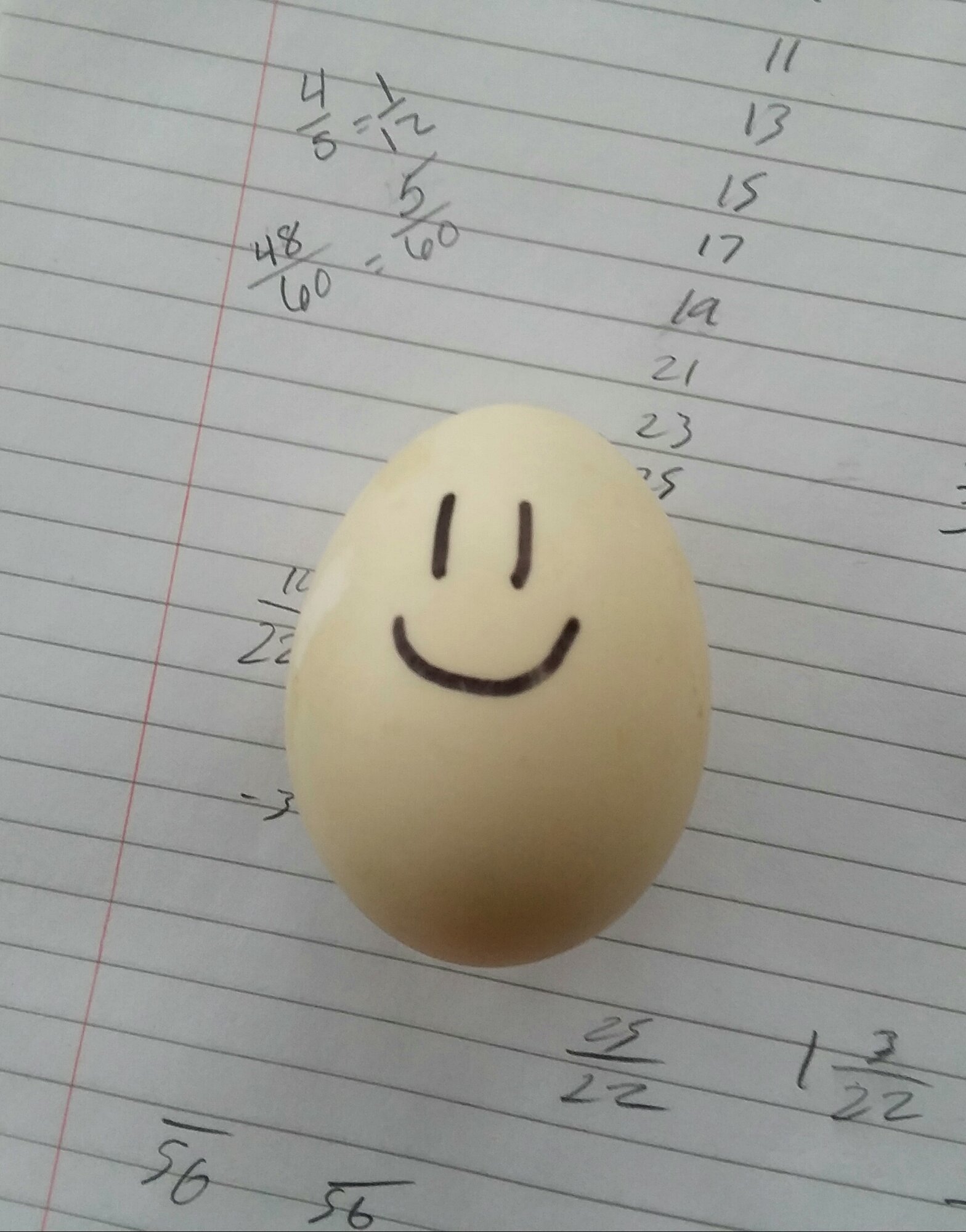 Stewart is now one educated egg!