We went through a pen of Dominique cockerels today, these guys are all from the same lines and the same hatch time. They were getting a bit crowded in their pen, we meant to cull out a couple of months ago

... Anyway... we noticed that several of the cockerels had super long primary tail feathers - so long they were curving and some had them passing the sickle feathers so they weren't covered at all.

But is this a terrible thing? Should we be ultra-paranoid about this getting into our breeding flock genetics? Or is it a good thing - something we want? Should we just use it in female lines, or just use it in male lines? Is it dominant, recessive, sex linked... If it's bad, will it be easy to breed out? Or could it be nutrition/stress related?

Here are a few reference photos... 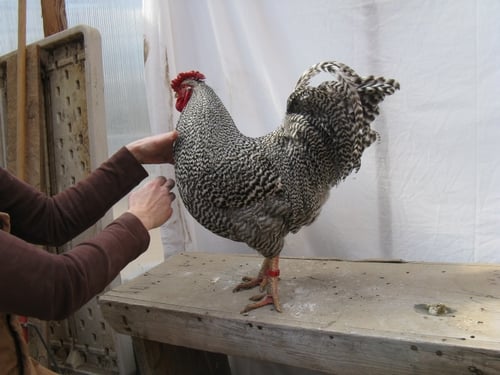 This guy only has the two top sickle feathers prominent (and far too upright - ew) - those feathers that look like limpy sickle feathers below those, those are actually his top primary tail feathers. 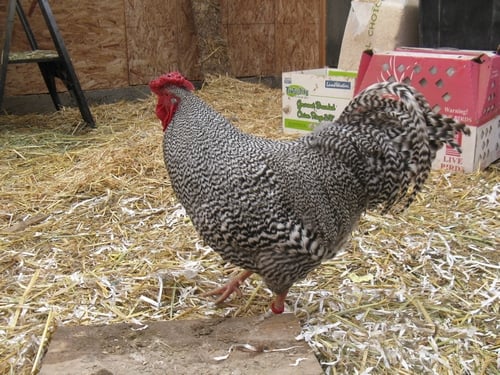 Same cockerel. You can really see here just how long those primary tail feathers are. 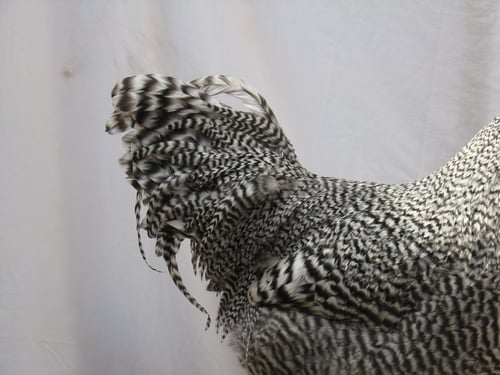 A little less extreme case, this guy's low on the pecking order so his sickle feathers have been torn up so his tail is easier to see. 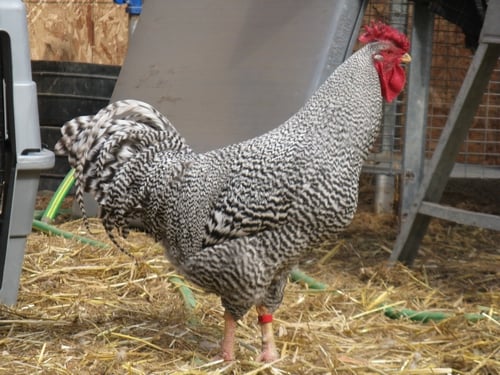 Another photo of the same guy.

Hi, I am not a Dominique Breeder but I did look in the American Standard of Perfection to see what it said. The Picture of the male shown has the sickles covering the main tail. You said they were young, maybe give them a little more time to fill out. Some of my birds take almost 11 months to finish their tail..

Thanks for the response

Yes, the sickle feathers should cover the tail - and they may indeed by the time these guys finish out. Our main question/concern was the length of the primary tail feathers... they're much longer than usual, so long they're curving from the weight and length of them.

Chick Without A Tail & Copper On Cochin??

Rooster’s tail getting eaten by hens