⠀ The magic of farm fresh eggs

Every 24-26 hours, a little magic happens inside your backyard chicken coop. Breakfast is laid daily in the form of a wholesome, nutritious egg.

Here’s how the magic works:

1. Ova release: When a mature ovum is ready to start the egg production process, it is released into the hen’s reproductive funnel.

2. Initial egg white is created: As the ova enters the reproductive tract, the egg white begins formation, starting with a clear, protective yolk casing called the vitelline membrane. In the magnum, thick and thin proteins of the albumen begin forming to create the egg white.

3. Egg shape is formed: The developing egg then travels to the isthmus. Here, the ova is shaped into the oval-shape recognized as an egg, a process that takes about one hour.

4. Shells are formed: The most significant piece of the egg formation process happens in the uterus or ‘shell gland’ of the hen. The developing egg spends about 20 hours in the shell gland, where the shell is formed and its color is added during the last 5 hours. Shell formation takes the most amount of time to complete and requires high levels of calcium.

5. Bloom is added and egg emerges: Bloom, or the cuticle, is a protective coating that helps protect the egg from bacteria. A natural lubricant is also added to the shell for a safe exit through the cloaca.

After laying the egg, the hen will either start the process again or take a day off after completing a clutch of eggs. 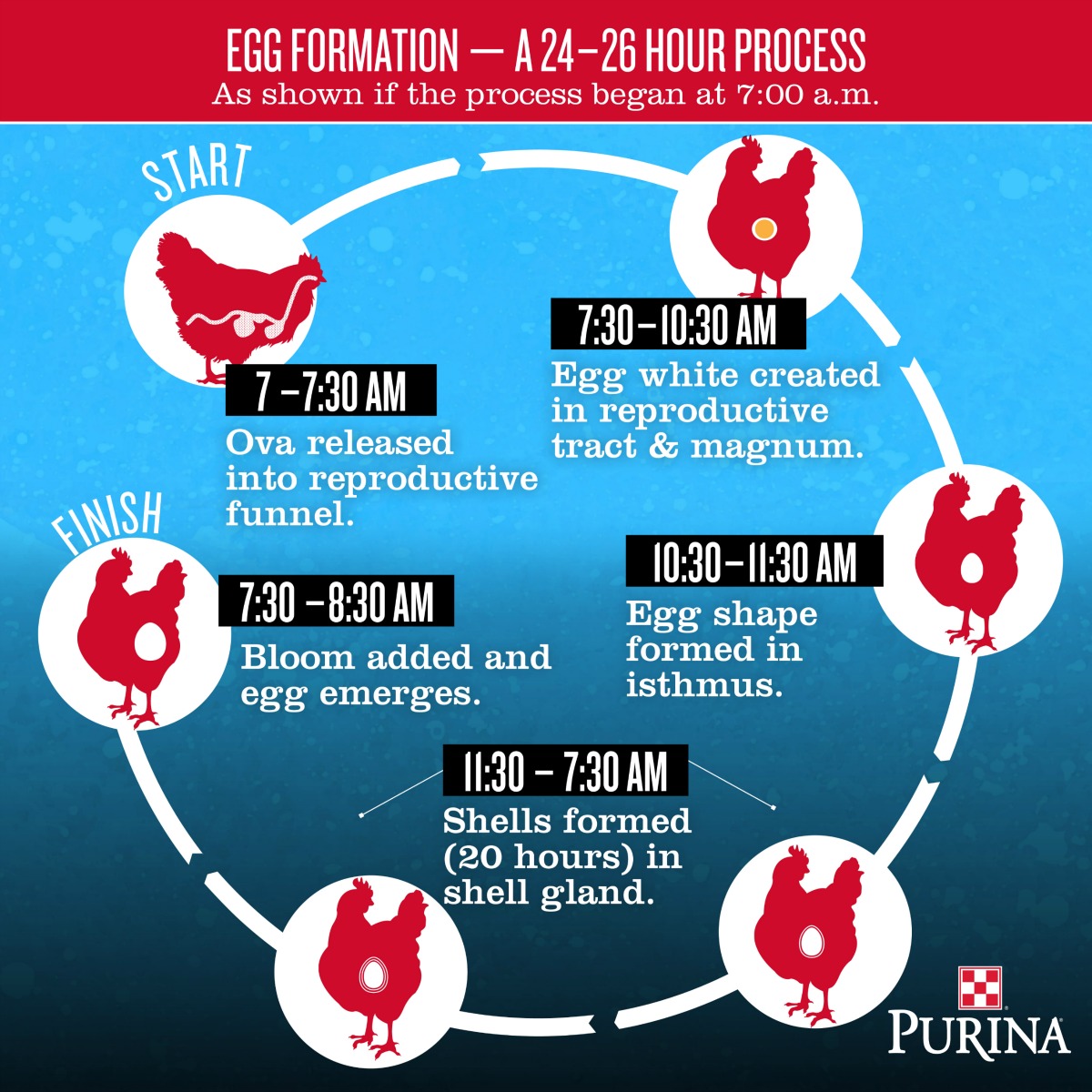 For those who had trouble following without a diagram, here's a good one from the University of Kentucky:

For those who had trouble following without a diagram, here's a good one from the University of Kentucky:

Great diagram, Lady of McCamley! Thanks for sharing!

J
Baffled over shell-less egg cause
2

⠀ ‘Tis the season for the First Egg Happy Dance!