Trying to figure out what I’ve got!

Overo Mare said:
Chick 1 looks like some sort of hatchery egger. Update us on this one in a few weeks.

Chick 3 is a Columbian Wyandotte.

Chick 4 looks to have a partial crest, so I'm saying OE.

Chick 6 is a Cuckoo Marans. (White Crested Black Polish in the background)

Chick 9 is a Production Red cockerel.

Overo Mare said:
How many toes does the chick in the middle have?
Click to expand...

Sorry, thought you were asking about a different one. I believe she has 5.

JSfunnyfarm said:
Sorry, thought you were asking about a different one. I believe she has 5.
Click to expand...

Thought so. Fav for her!

Overo Mare said:
Thought so. Fav for her!
Click to expand...

I’m so excited about that! I was pretty sure! 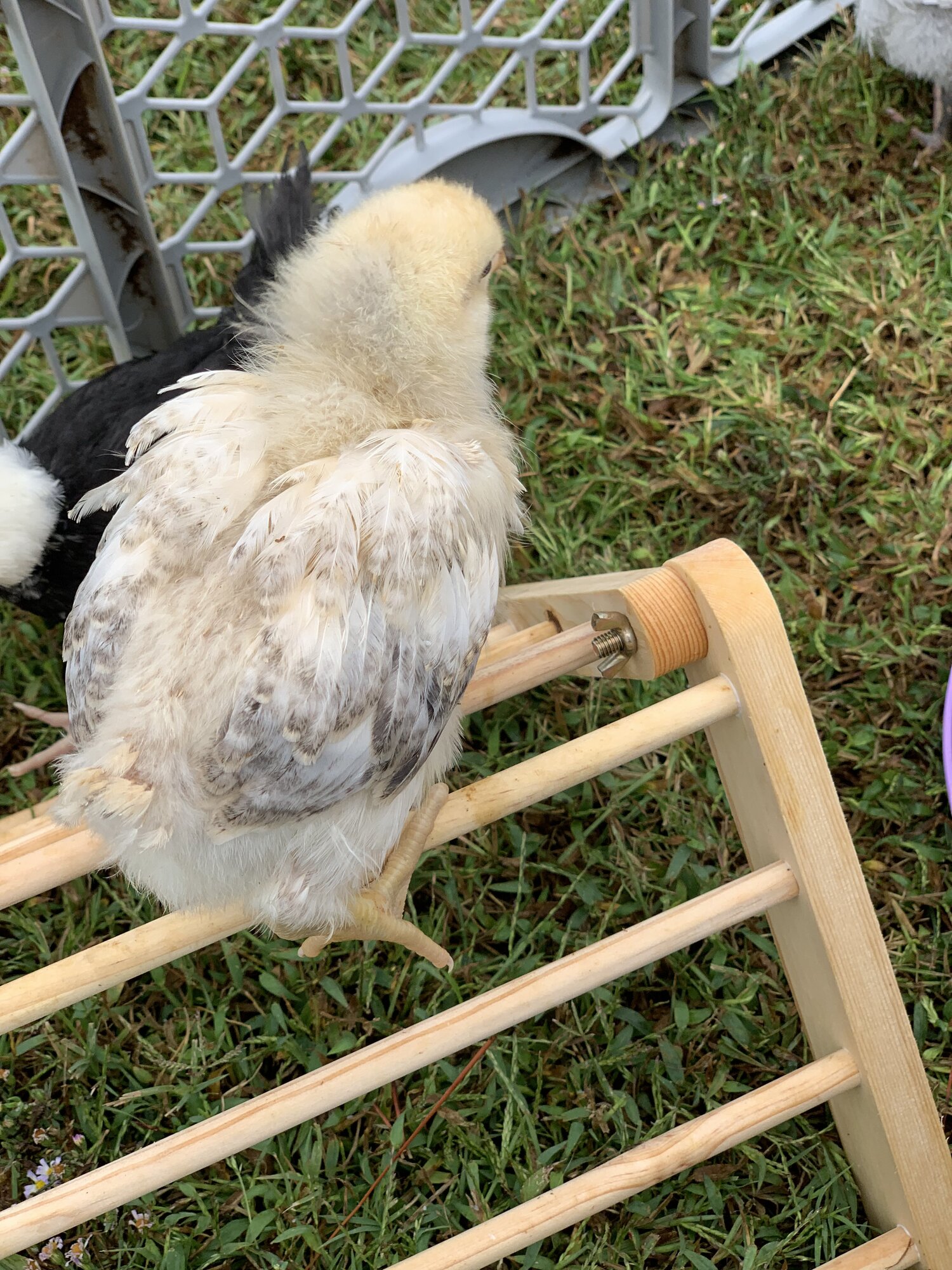 Way too early to sex. Age?

It was the smallest out of the 4 I bought that day. The others were discounted because they were a week or so old.

Help! I’ve identified all my chicks except these..
2

J
Breed and Gender for a sort-of newbie