So lately I've been making orders to TSC online and using curbside pickup, which has been great for keeping me from perusing the chick bins inside the store. Today though, I had to make a somewhat unexpected trip inside. I just thought I'd quickly glance at the chicks...they had several bins of full-sized pullets and...bantams. Uh-oh. I figured I'd just take a peek...uh-oh...cochins. I was doing great at restraining myself until I saw several with severe pasty butt. That was it--7 of the little puff balls came home with me. I ended up with six cochins and a little black baby with puffy cheeks and non-feathered black legs.

I have way too many chickens already, but there's no way I could leave these poor little things with pasty butt behind.

Anyway, their colors are confusing me a bit. First, I know we got two reds (one is frizzled!), but the other four are mysteries. I'm thinking maybe golden laced for two of them, but what about the other two? Maybe partridge? But that doesn't seem quite right because I don't see chipmunk stripes... 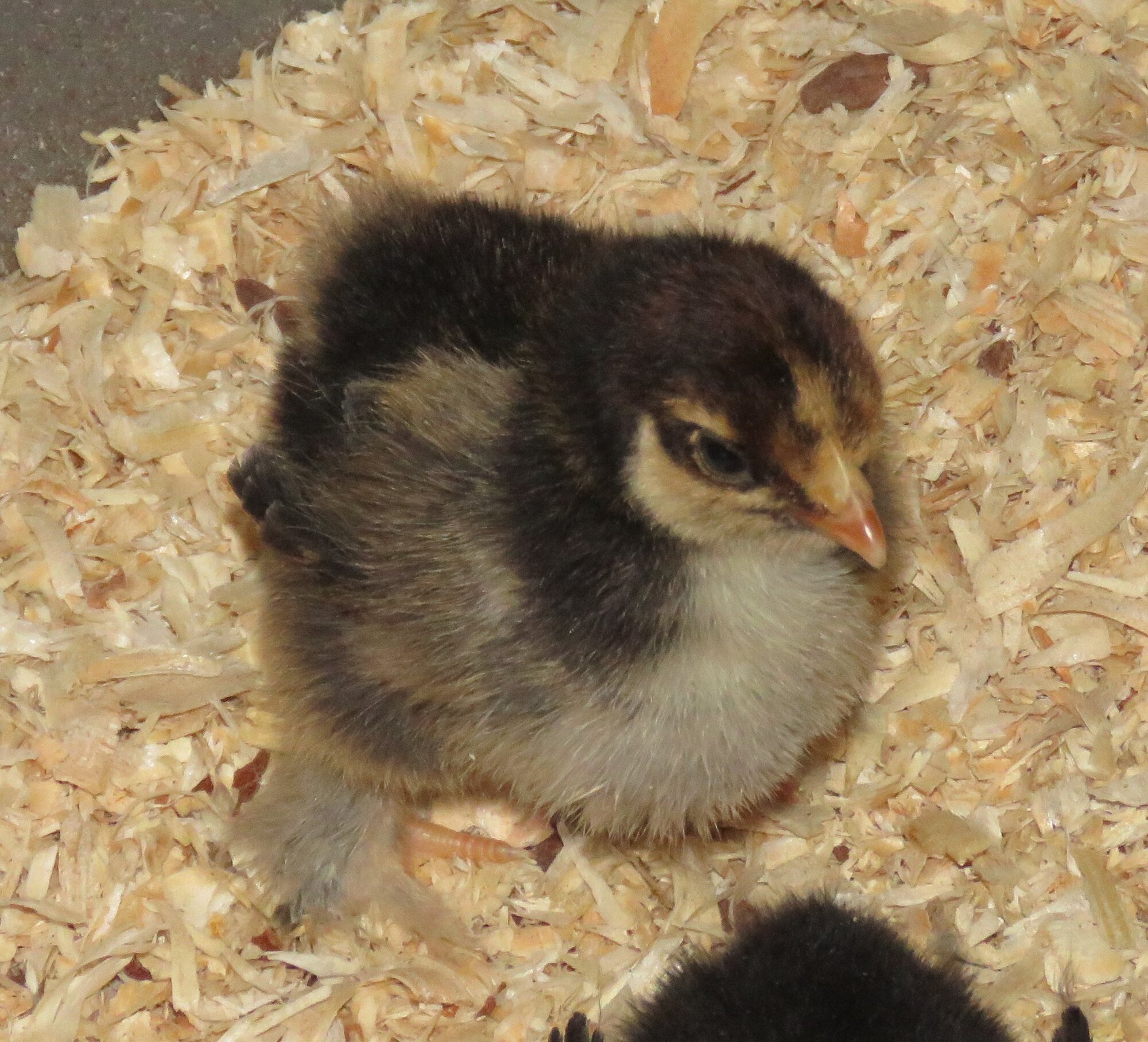 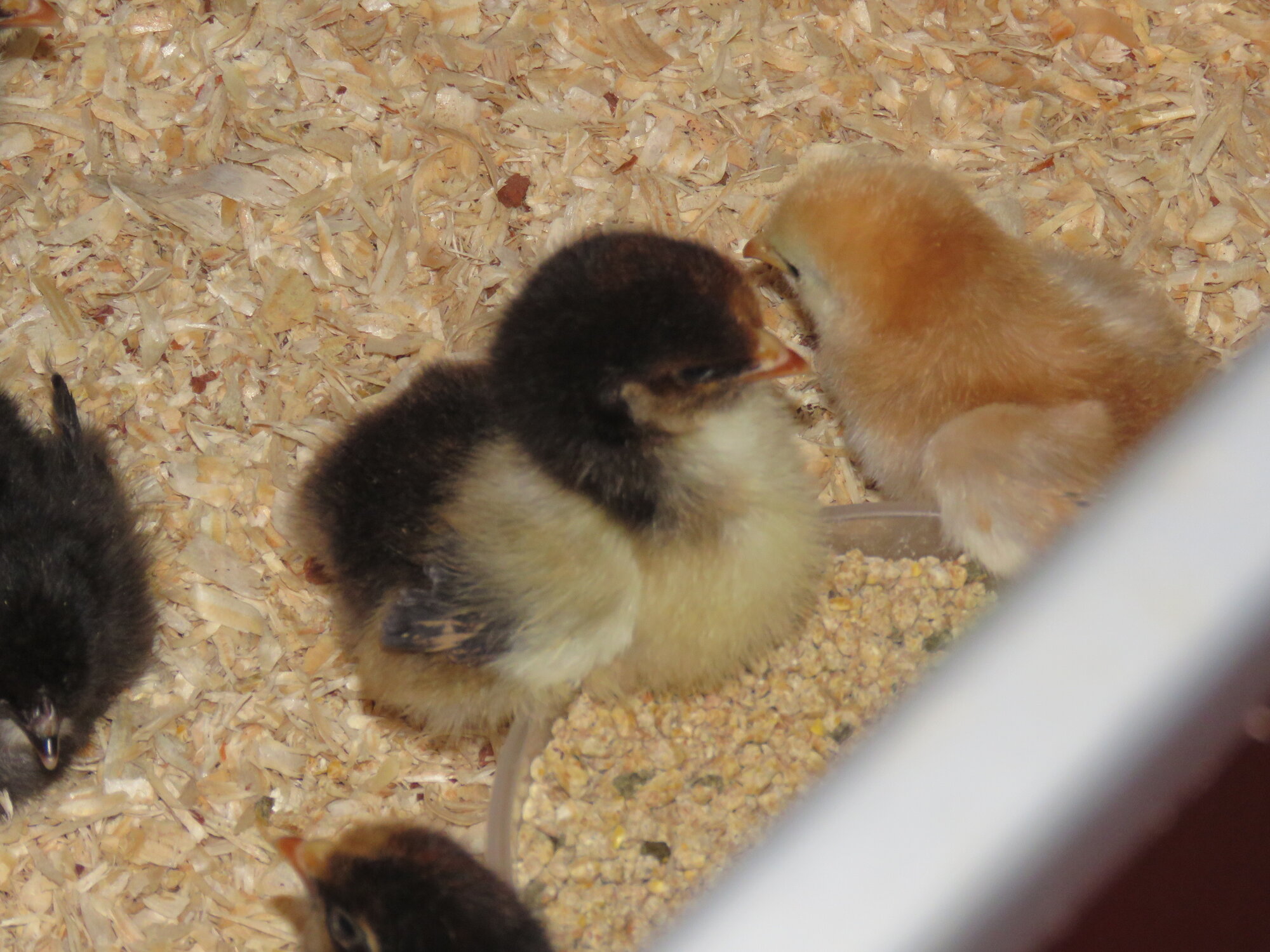 And the little black, puffy-cheeked mystery chick...clean, black legs and feet with pink toes. I would have said EE except they usually have green legs, right? 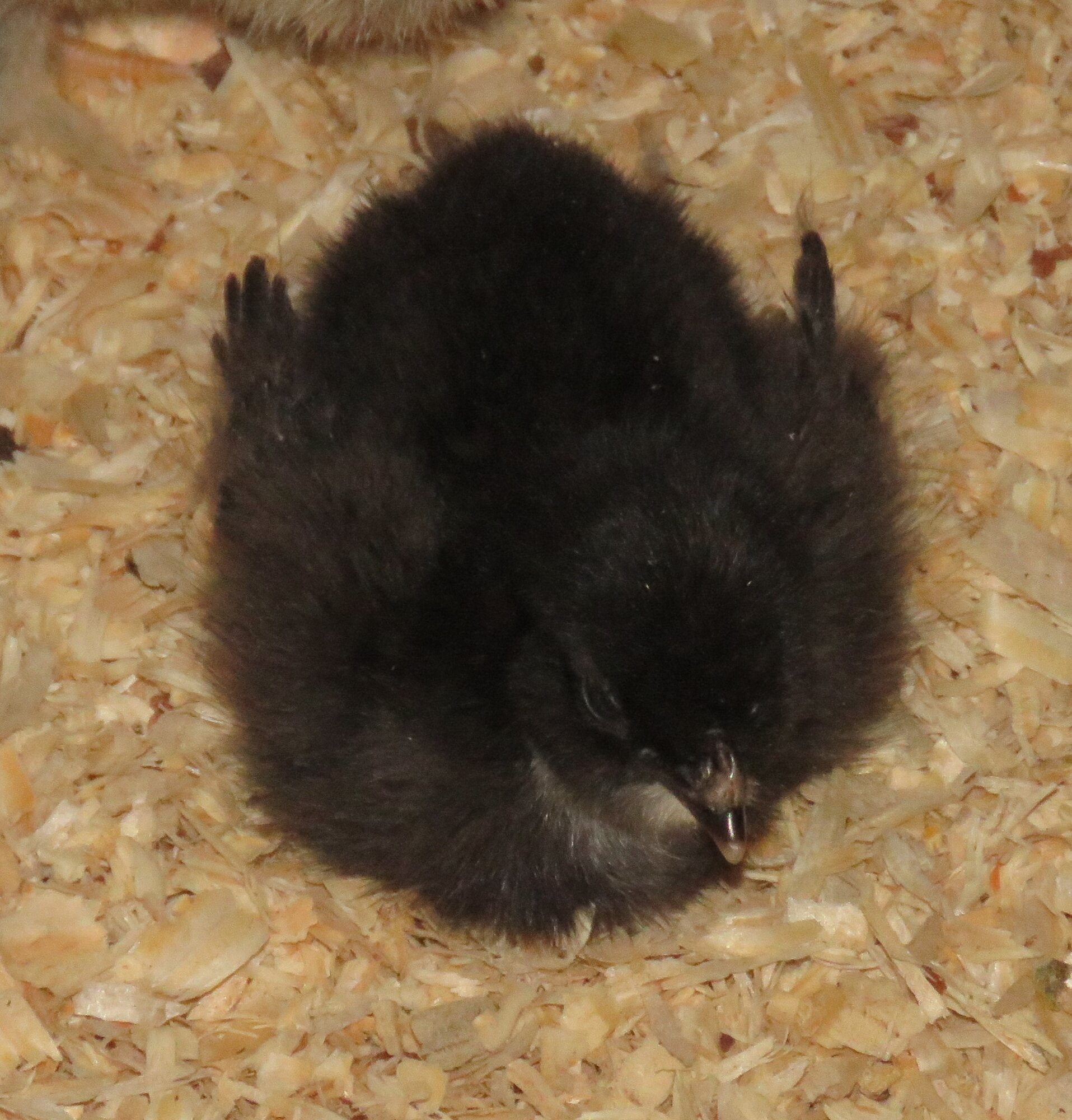 Pretty sure our TSC gets chicks from Hoovers.

Also--the red cochin babies are obviously smaller than the others, so I suppose it's possible these ones could be LF cochins.

What are the comb types? I'd guess gold laced as well as long as they are single combs.

Yes, all single combs except the little mystery black chick in the last picture.

SharW75 said:
Yes, all single combs except the little mystery black chick in the last picture.

That could be an Easter or even a black ameraucana. Some hatchery's sell blues, blacks and splash.

We looked closer, and the little black chick also has a small crest. Does that narrow it down any? Or make things more confusing?

Ok, I'm going to go out on a limb here and guess Crevecours for the little black guy. I know they're rare, but everything fits--crest, body color, leg color, puffy cheeks/beard...Is that even possible? I know people have been finding some weird things in the TSC bantam bins this year...