I have two seperate flocks. One group is 3, 11 week olds and the other is 5, 4-9 week olds. On Monday I thought it was time to put the brooder(wire dog kennel) in the coop since the weather has warmed up and the 4 week olds are pretty feathered out. I wish I would of done this sooner. We have an outlet in the coop for the heat lamp.lol

The 3 big girls absolutely hate the other 5 chicks. They constantly give them the stink eye and they would peck them to death if they had the chance. I honestly thought they would never get along. I was bringing them out in the run with very close supervision. The big girls would run over to the little ones and peck them. I pecked the older girls on the shoulder/back whenever they got close. Now all I have to do is say a "Uh-Ah" noise and they back off.

I have the run closed off today since it's so dang hot outside and the chicks have a hard time in the heat. We currently do not have shade in the run. We are fixing that this weekend. So, I thought I would let the smaller 5 chicks out of the kennel and into the main area of the coop to see what happened.

It's unbelievable! The older chicks did NOT chase after the younger ones. They were a little scared at first and jumped up into a little cubby area. After a while, they jumped down, wandered a bit, and cleaned their feathers. Only one chick got pecked and it wasn't too hard. For the most part, it went very well.

I know I have a long way before this integration peroid is over. This has to be one of the most stressful tasks for me and the chicks. I took some pictures today.

Here is the dog kennel I'm keeping in the coop. Someone suggested that I put the older three in there while I let the younger ones run around the coop. What a great idea this has been. I switch them out every few hours. 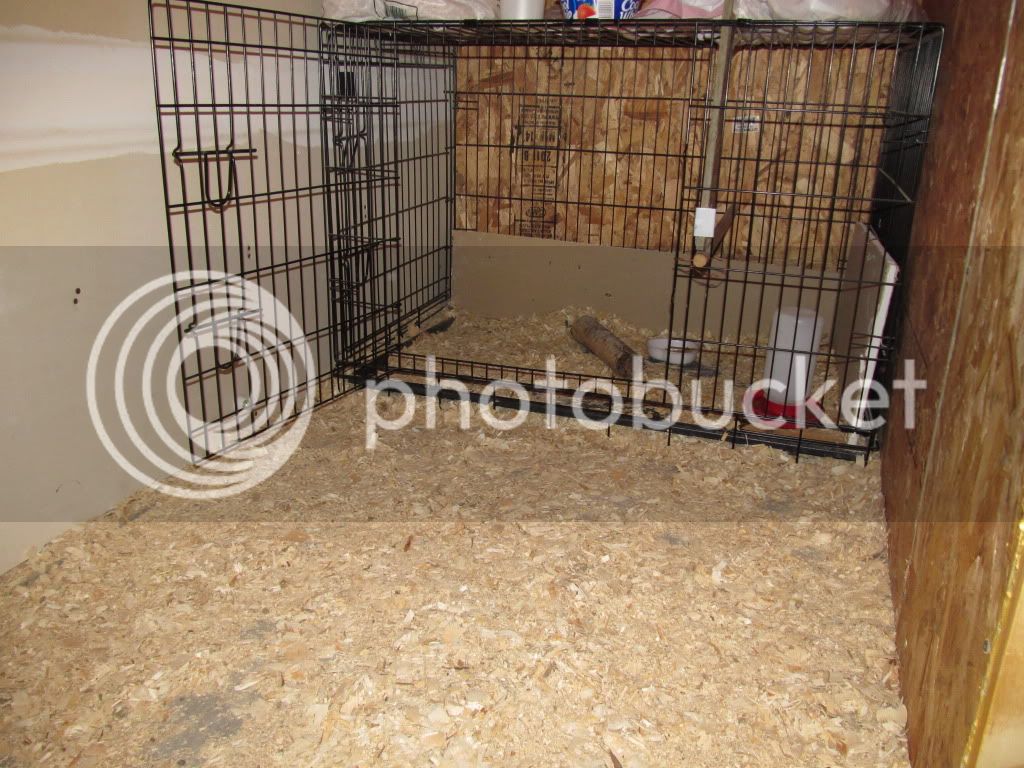 Here are the older three huddled in the cubby when I let the others out. 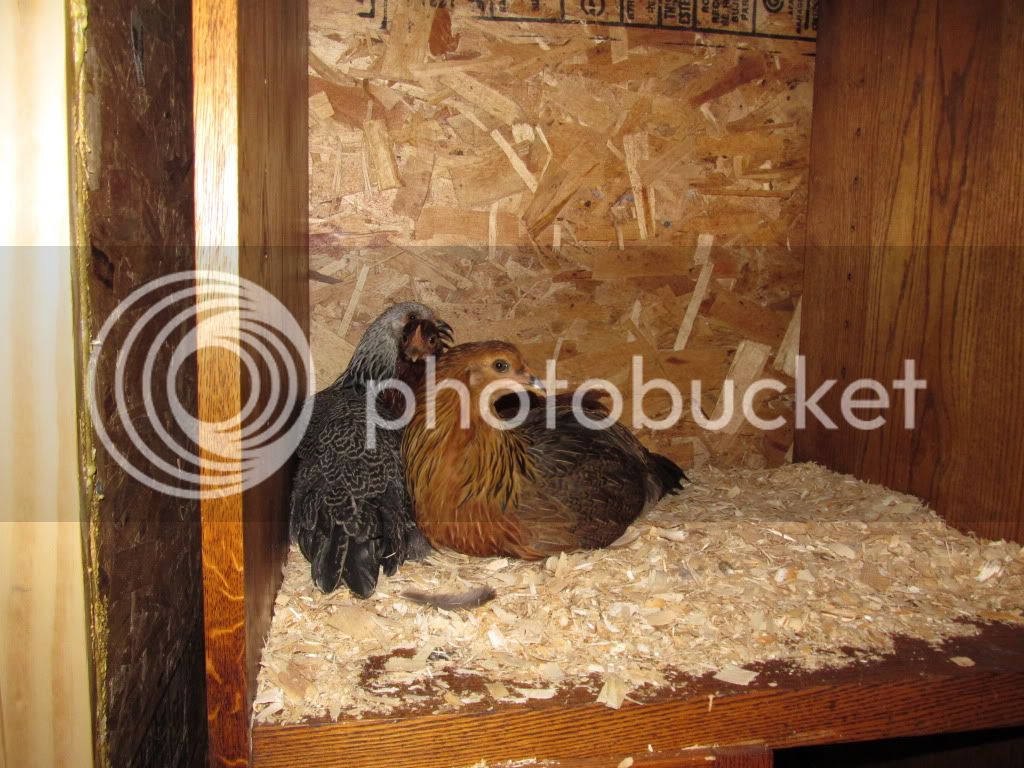 The younger chicks are getting brave. 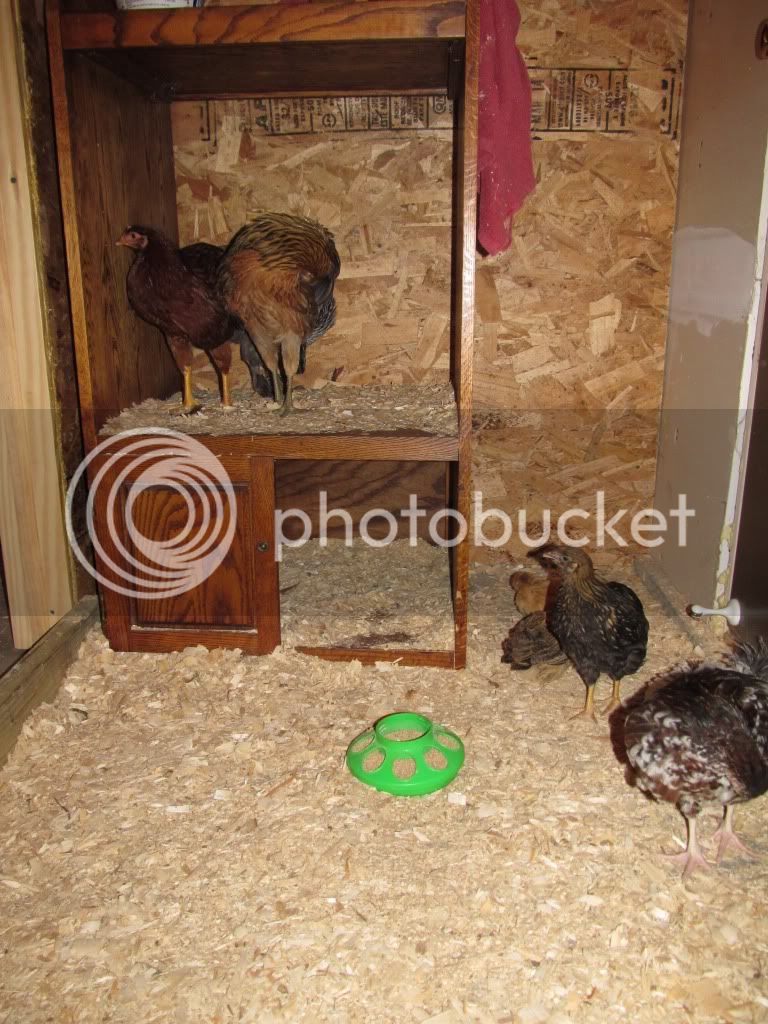 The older 3 finally got down from the cubby 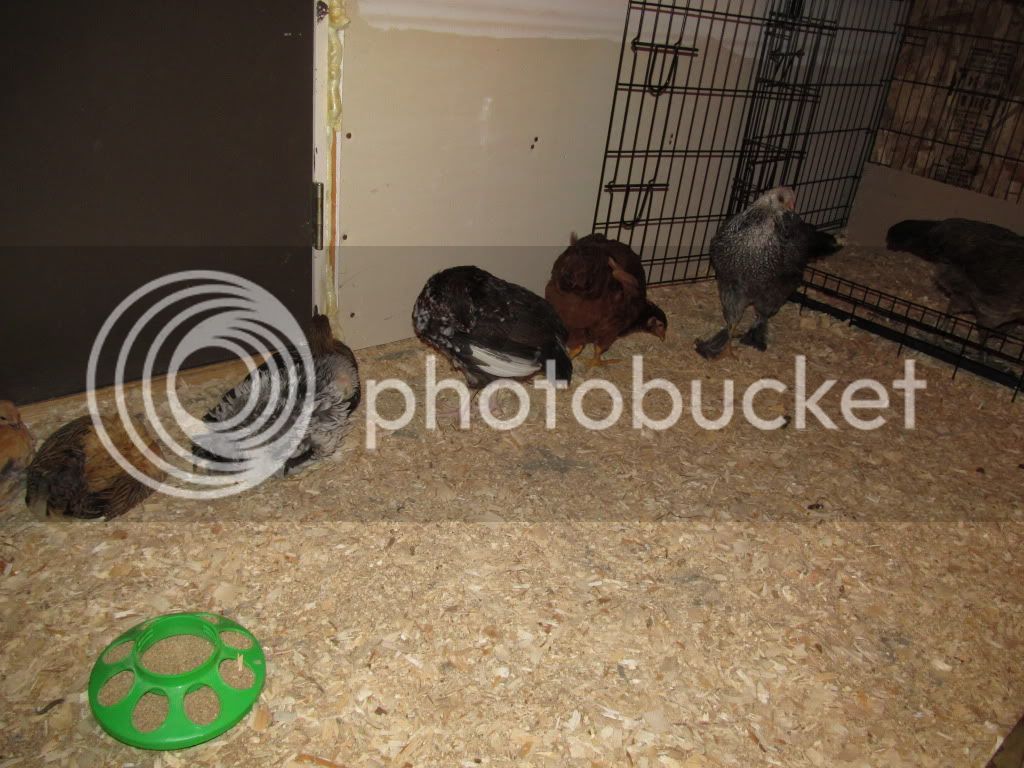 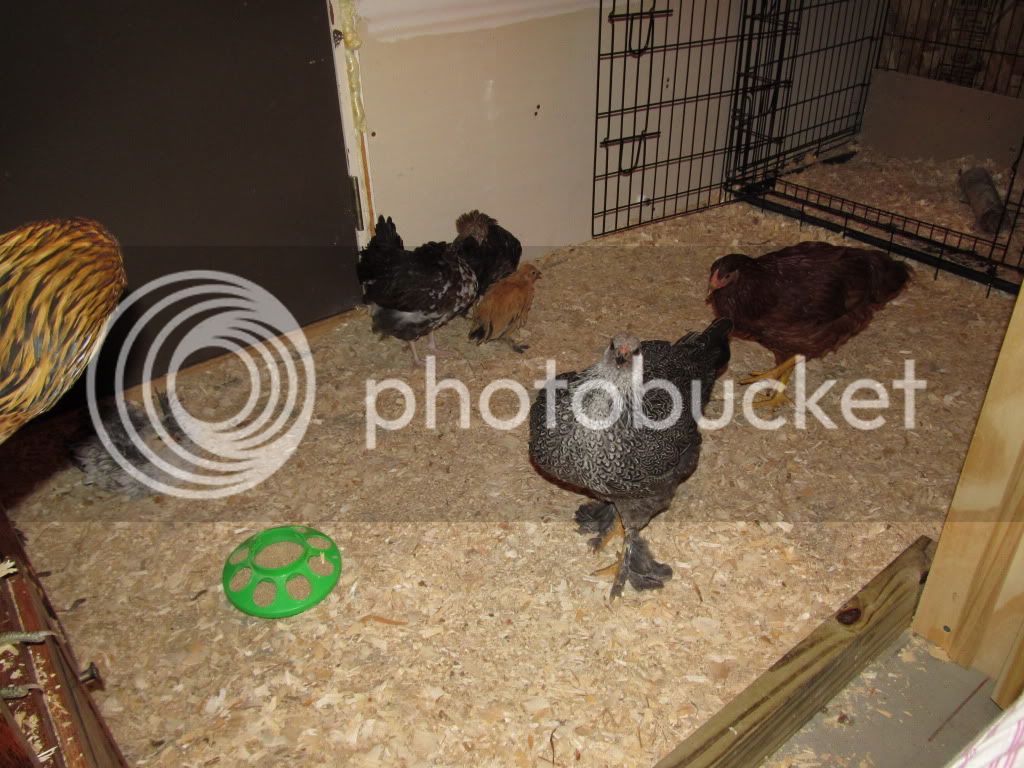 I use the dog kennels as well. I have 5 chicks in a grow out pen and 10 that will be going out soon. I know the integration is going to be a nightmare. More for me than the birds probably.

Keep posted about how it is going.