using plastic fencing instead of chicken wire for coup rebuild

So I was putting up a new fence to contain my chickens and got to thinking about using that sort of plastic fencing for the run of a coup instead of chicken wire?

It's a fairly heavy plastic with square holes about a cm wide.

I wouldnt think most predators would get through it. It's tough and you'd also be saved the worry of sharp edges potentially scratching you chicken/quail up. 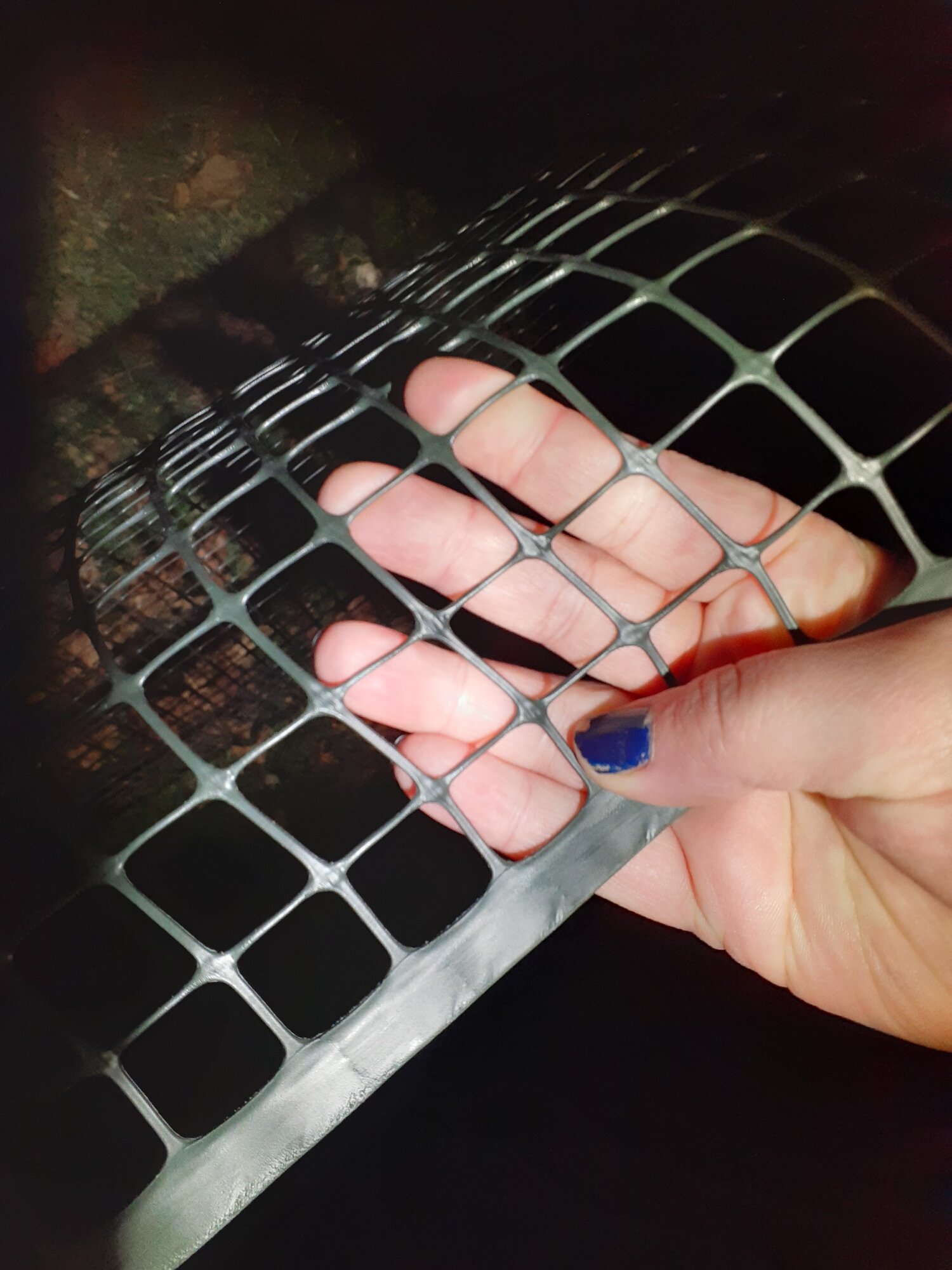 It should work. I have used wildlife netting attached to fence posts, and that turned away foxes and raccoons. The only thing to be concerned about is if it's UV proof. Some plastic gets brittle out in direct sunlight.

Then again, I'm a worrier, so mine may be an minority opinion. BTW, wondering if is this for quail or chickens?

That's deer fencing. I have friends who use it. It's FAR stronger than the standard galvanized rubbish. I would highly recommend it! It's designed to stop deer and I guarantee a racoon wouldn't be able to tear it.
Watch out coz it's sharp as well sometimes.

My first project would be a chicken coup we built the current one out of a metal dog run and a sheet of plywood at the beginning of the plague, then stole 3 of my aunts chickens. The actual laying box and roost is nice as I rebuilt that later, but the run is a hot mess.its only for 3 chickens so it's ok. I'm going to rebuild the qauil coop after that. It's nice but it could be much better and I'd like something I could stand up in. The current one can be walked into but I have to open the lid to step in. It's only 3 feet tall.

And rats? I hadn't been thinking of rats. I'm in the suburbs of Chicago. My biggest threat is going to be raccoons I figured. And they'd probably pick the lock before chewing through! We've a few foxes and coyotes as around as well, but rats? Mice sure, chipmunks, I'll Have to check over what I have already with rats in mind.

If you're in "the country," absolutely not.

Any number of predators could go right through/over/under that with no problem at all.

I use that stuff, I have it running the length of my yard to give my dogs a visual barrier. Be warned that rabbits and rodents will chew thru it and leave huge holes. My frenchies have run right thru a rabbit sized hole.
W

KingB said:
That's deer fencing. I have friends who use it. It's FAR stronger than the standard galvanized rubbish. I would highly recommend it! It's designed to stop deer and I guarantee a racoon wouldn't be able to tear it.
Watch out coz it's sharp as well sometimes.
Click to expand...

Is it hard wire with plastic over it? Looks to be pretty strong. How big are the holes a quarter size or larger and rats can get through it.

(GRAPHIC) Neighbor's dog got through my fences, killed them ALL
2 3 4