Ok experts, I come to y'all with another question. We've started construction and the plans have already changed at least ten times. We're in lower Alabama, so heat and rain are our primary concerns. Originally, this plan had a foot of hardware cloth from 5-6' along the top of all of the walls along the headers. Now I'm realizing we have all kinds of extra space between the headers and the rafters, and could even leave the rafters at their current length to offer more rain protection, which may negate much of the ventilation under that north wall anyway. We could use screening for the rafters space instead of under the headers in the wall space. I'd already planned for a 4' screened door on the front of the coop, which is also
under the roof and blocked from most wind by a storage bit on the south side.
What do you all think? More screen or less? Prioritize screen higher or just everywhere? 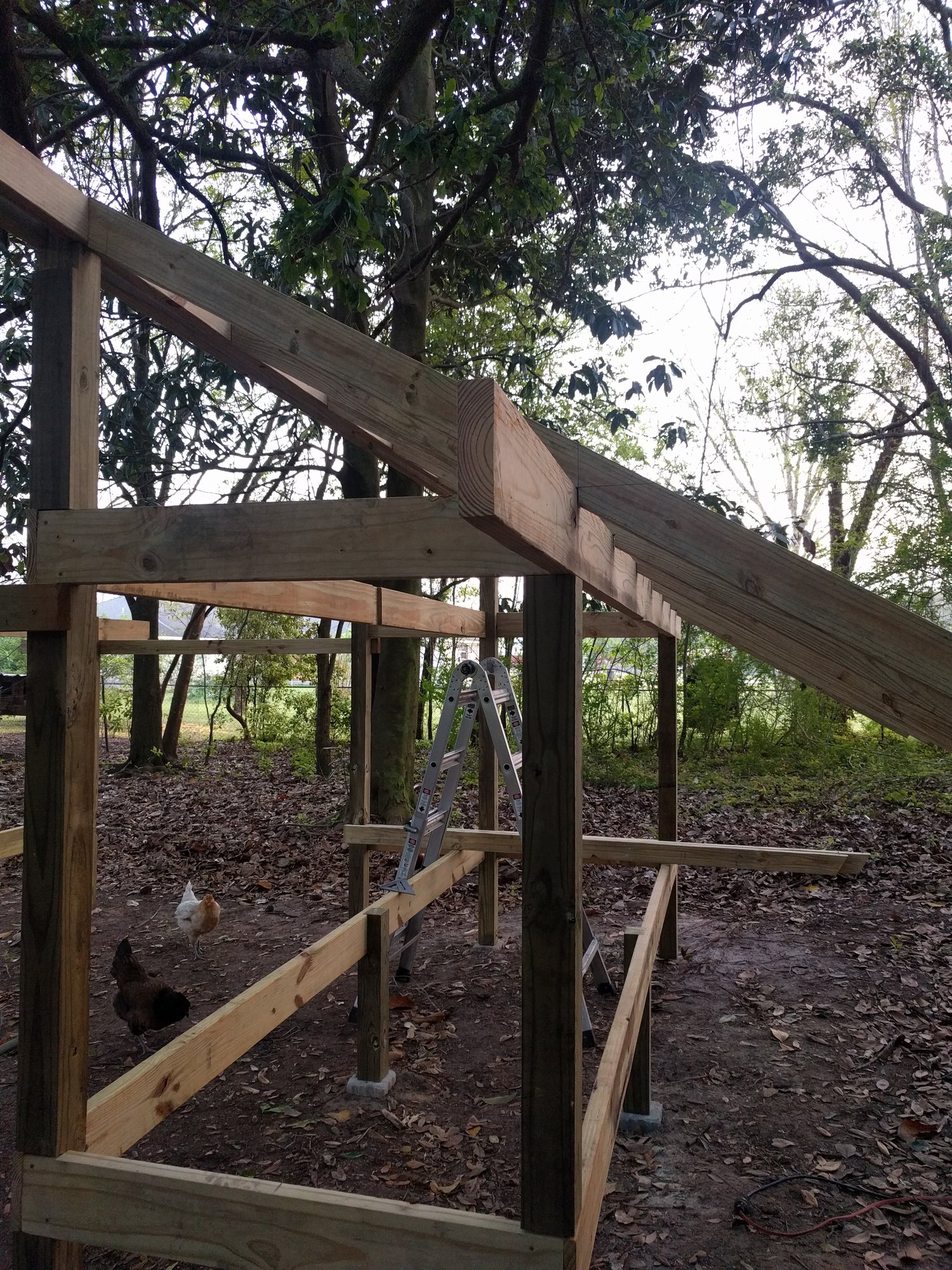 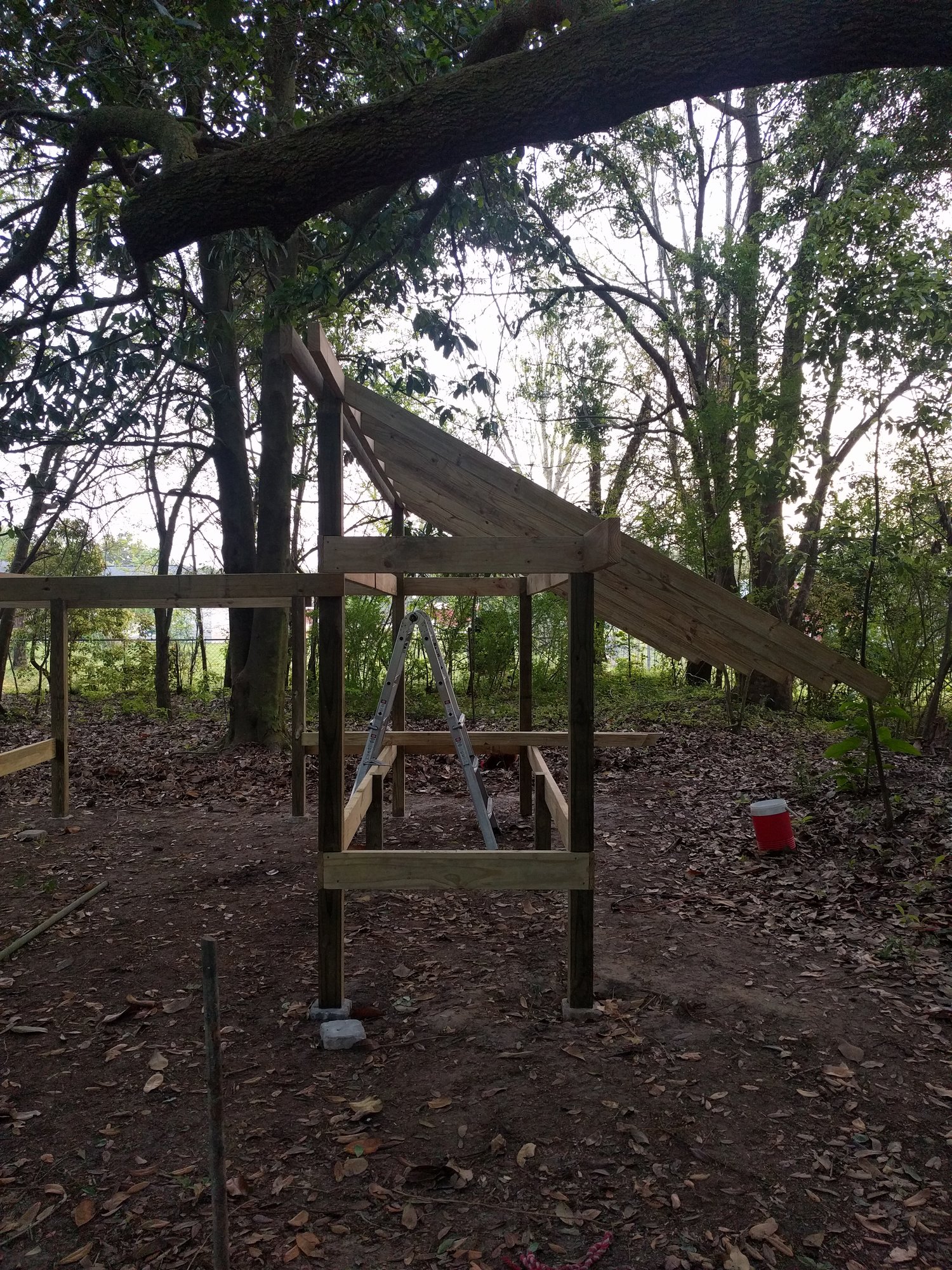 Is it ok to have a ventilation window at roost height?