Well I doubt this is ever happening again.. *so* hard to get them dressed Are those diapers? LOL! Thanks for sharing!

Haha incredibly hard to get them on. Whats caption contest?

I bough elastic, extra cotton fabric (to but an extra layer of protect). Spent 30 minutes online learning to sew. Then tried it out for 10 mins and decided to use the sewing machine. Spent 20 mins trying to get it to work. Then another 15mins online learning to use that. Then again another 20 mins trying to work it, online to fine out I had to lower the bottom piece, it was in 'up' mode or whatever. I cut up one of my shirts to try it out, when okay, but I definitely didn't think I'd be successful on such tiny stuff.

Ultimately, I decided to try a cut shape, try it on, use a safety pin, and then repeat for the other. That took long enough, testing one duckling, and cutting fabric. The most (individual) time consuming event was definitely getting them dressed. At least 45 mins.

The worst part was I didn't get more pictures, and it didn't last long. A few of them were able to get them off. The majority didn't but they filled up with poop pretty fast. All together it was 25 minites from the time the *all* had one on, to all had them off.

The best part was it was super super cute, and for the first time they could walk anywhere inside. And they loved it, the freedom, new world, and so did I

It was awesome for all of us to be able to experience true freedom and togetherness without any of the messy poop limitations.

Maybe when they're a lot older they can have adult diapers sometimes and come inside.

For now, I need to make arrangements for them to have a better home upgrade again so they continue to expand their world. Unfortunately, being outside is the only time they can do that due to poop. And right now, I think since they're so small, they don't completely feel safe outside. They don't run around or anything. They'll explore, but only cautiously and within a certain distance of me.

Whats this caption contest? If you think I have a short of course!

P.S. I've noticed that camera and video seem to only capture a fraction of their cuteness. Any tips on how to up that percentage?

https://www.backyardchickens.com/t/744786/pictures-needed-official-caption-contest-submissions
It's at this link, funny pics of chickens etc that if chosen other people try to caption. It's fun.

Awe, that's so sweet you took the time to do that and it sounds like they worked! My chicks get loaded into a shoe box so the kids can take them around the house, we don't have as many though.

Nice, I have to take a look some of these lol

Oh I forgot, I also bought: 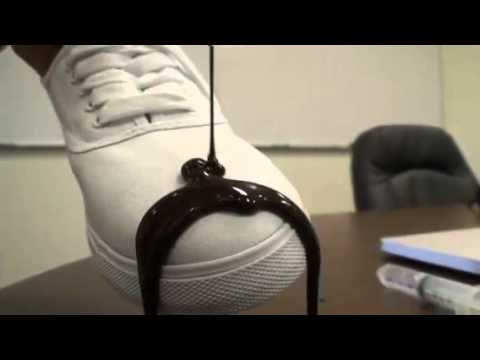 I never ended up actually using elastic, NeverWet (above vid) or sewing anything.

I'm pretty sure NeverWet is going to be awesome for something, or a lot of somethings. Just not sure what yet.

I've done the towel idea and it definitely works but only for a bit. If fireworks were poop, they'd say I have more weapons of mass destruction than all of the middle east.

The plastic between the bathtub and bedding, I now think is pointless. It might make cleaning a bit easier. Its folded I think 4 times? so it fits. I think I'm taking it out later and using it (w/ bedding) as a play area for them where we can take them out. Maybe put a medium fence, since I don't think small will cut it much longer.