What are we??? PIC HEAVY

I have 4 bantam babies that I do not know the breed of. 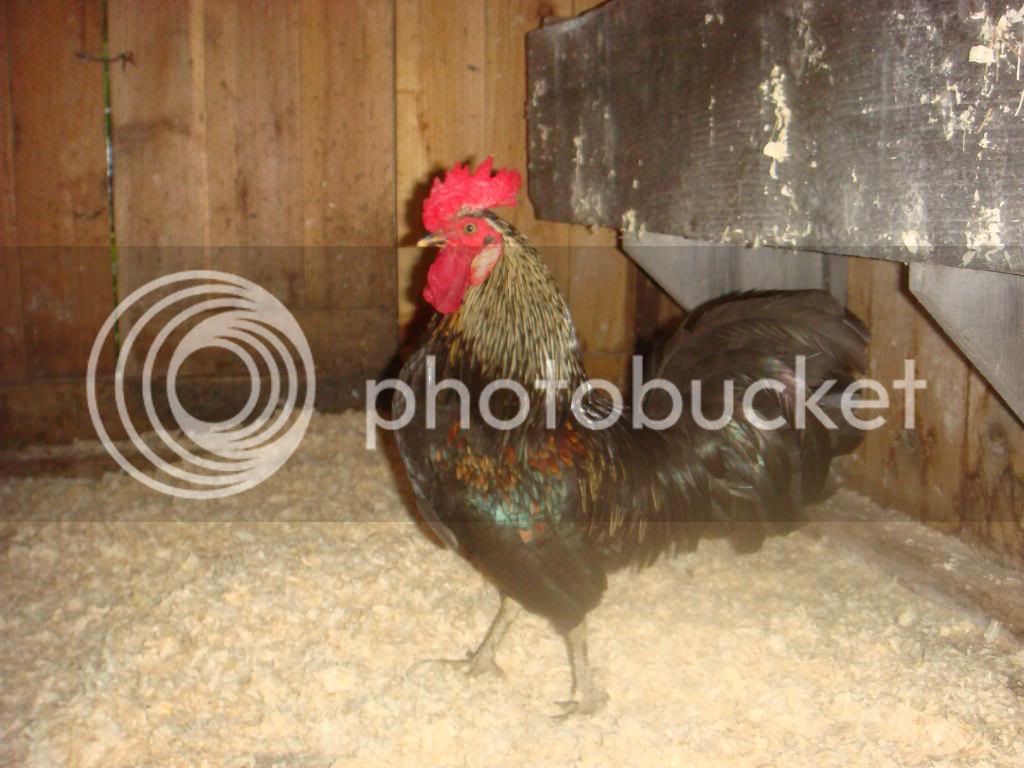 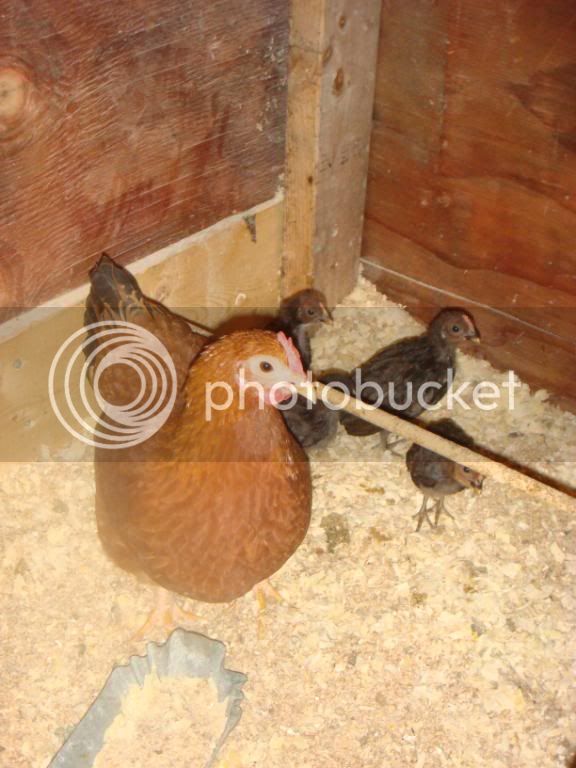 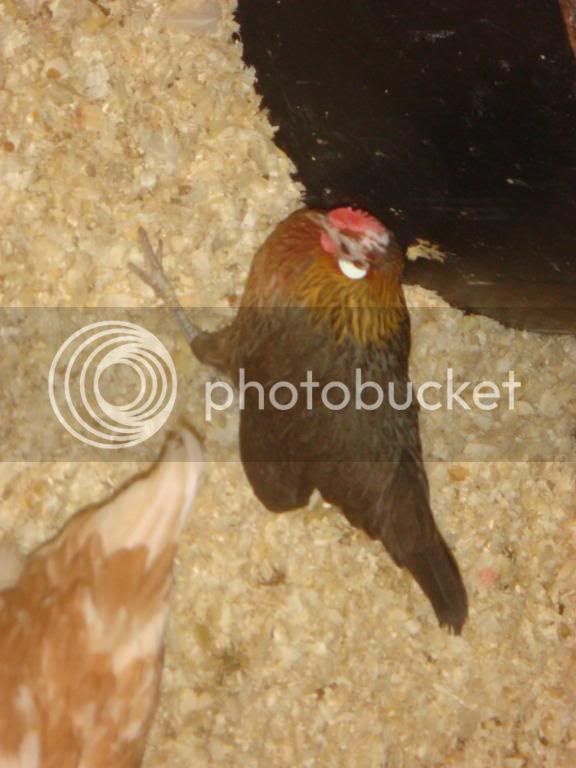 And the beautiful babies. 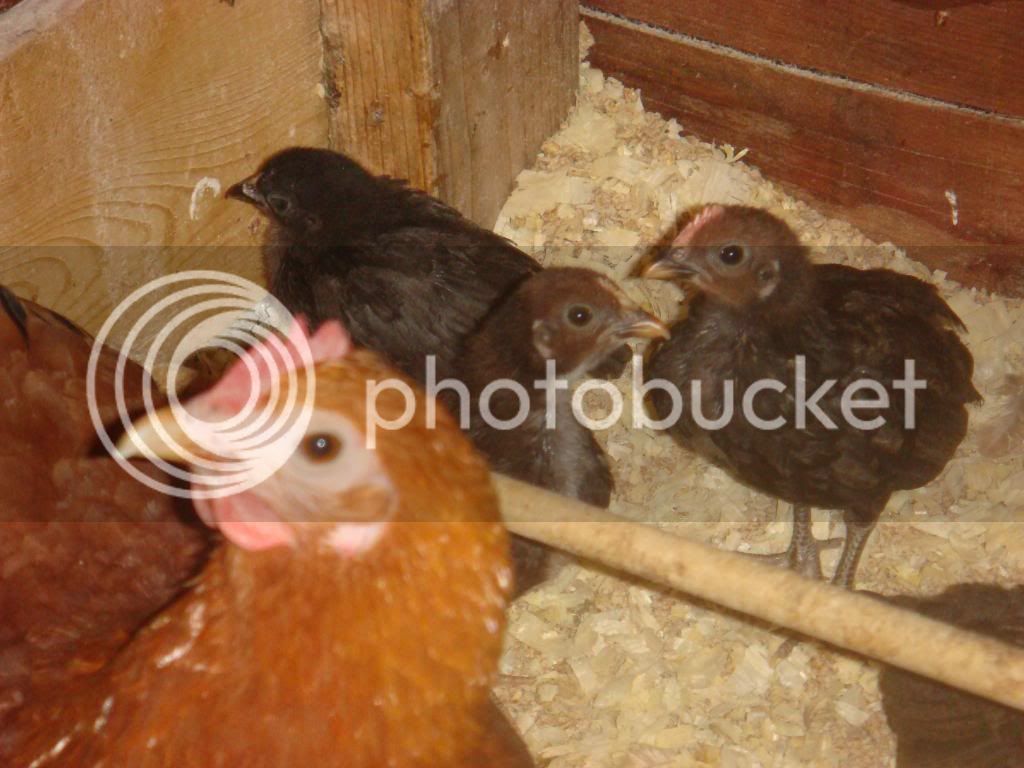 Let me know what you think. Thanks!!!

They are all mixed game.

The roo looks like the china game I gave away.

The one mamma looks like a light brown leghorn, but it has to be a brown game hen.

OEGBs can't remember the color name for the daddy, but the brown with orange hackles is a BB Red pullet.

The dad looks like a OEGB cross to me or a poor brassy back. The red hen is a New Hampshire and the other is a light brown dutch. Sorry I cant help with the chicks, looks like a couple boys though.

Right now I think I have two boys and two girls.

No way is the dad a game

. Especially not a chinese game since even the crosses i've seen had long tails like phoenixs (until it got into the 3/4ths to the "other" or more). He's too bulky and has too big of a comb/Wattles to be a OEGB.. and looks bigger as well height wise. But i will say he could very possibly have a touch of game in him.. im not sure of any breed other then the games that throw the Brassybacks. (Though im sure it is possible).

i agree with flyingmonkeypoop on the hens.
Last edited: Jun 12, 2009

Quote:
Hate to dispute but he is most defiantly a OEGB, the color may be a mix, but you should check out this site to see. As far as the comb his is smaller than my pure BB Red OEGB, but his and mine have not been dubbed either.

Lets see, were the eggs white or brown Those hens should lay two different colors of eggs. As far as ID goes on the parents., unless you know they are purebred, there's no way of knowing exactly what they are, because they are a blend of their parents traits. It is also difficult to tell size from the pics.

Quote:
Hate to dispute but he is most defiantly a OEGB, the color may be a mix, but you should check out this site to see. As far as the comb his is smaller than my pure BB Red OEGB, but his and mine have not been dubbed either.

Sir.. I mean no disrespect at all. But I raise the old english's, Grew up around all types of different games.. And i have studied almost every breed pretty closely except some of the most common breeds such as a silkie, i couldn't tell you anything about them except their dark skinned, Fluffy, from japan, and good setters.

I Guarantee 100% that the rooster is only half at the most of a old english or any type of game..

It's just the shape of his head, how bulky his body is.. His white earlobes for one, No Old english is SUPPOSED to have white earlobes.. and over all it's just his SHAPE.. It looks closer to that of a production layer then any of the games, dutch bantams etc shapes..
Last edited: Jun 12, 2009

I have also raised and shown OE for many years and I agree with the man from Mississippi.

If they have any OE in them at all it is slight. My vote would be for hatchery style Dutch.

What are mom and dad and what color eggs could be laid?