WHAT BREEDS ARE MY CHICKS----REVISED WITH BREEDS IN PARENTS

I called the lady we bought the chicks from and she said that she has these breeds: Minorca, Chantecler, Cochin. Six of the chicks are pure or a mix of those breeds. Now these chicks could be purebreed's or a cochin bred with minorca or cochin/chantecler bred with minorca/cochin etc. I am just interested in what breeds are in each chick. I tried to get more close up pics but it was very difficult. Descriptions are below the pictures. I think this one is a purebred Barbu D'uccle (Mille Fleur). It is a bantam. Has a single comb. 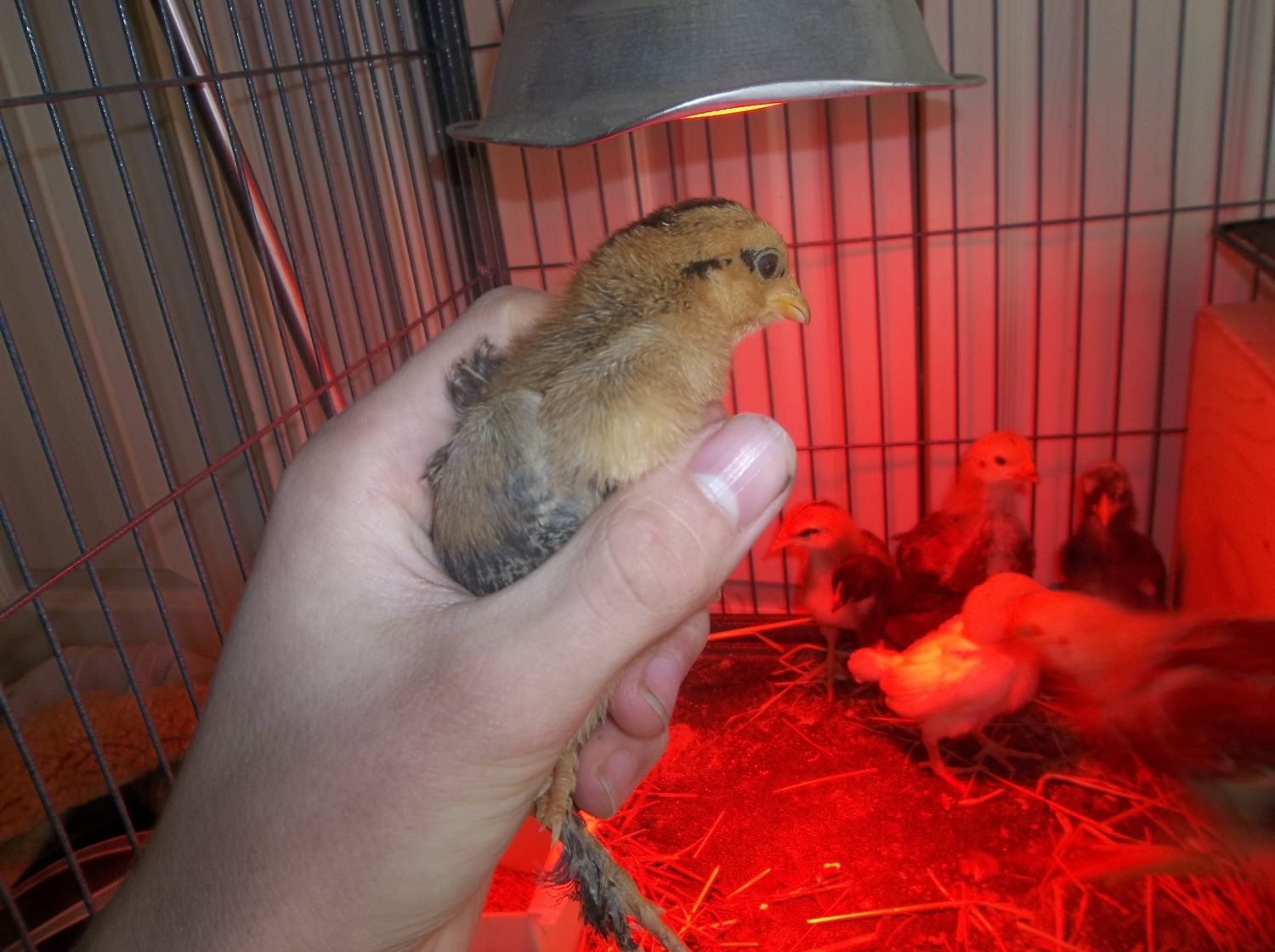 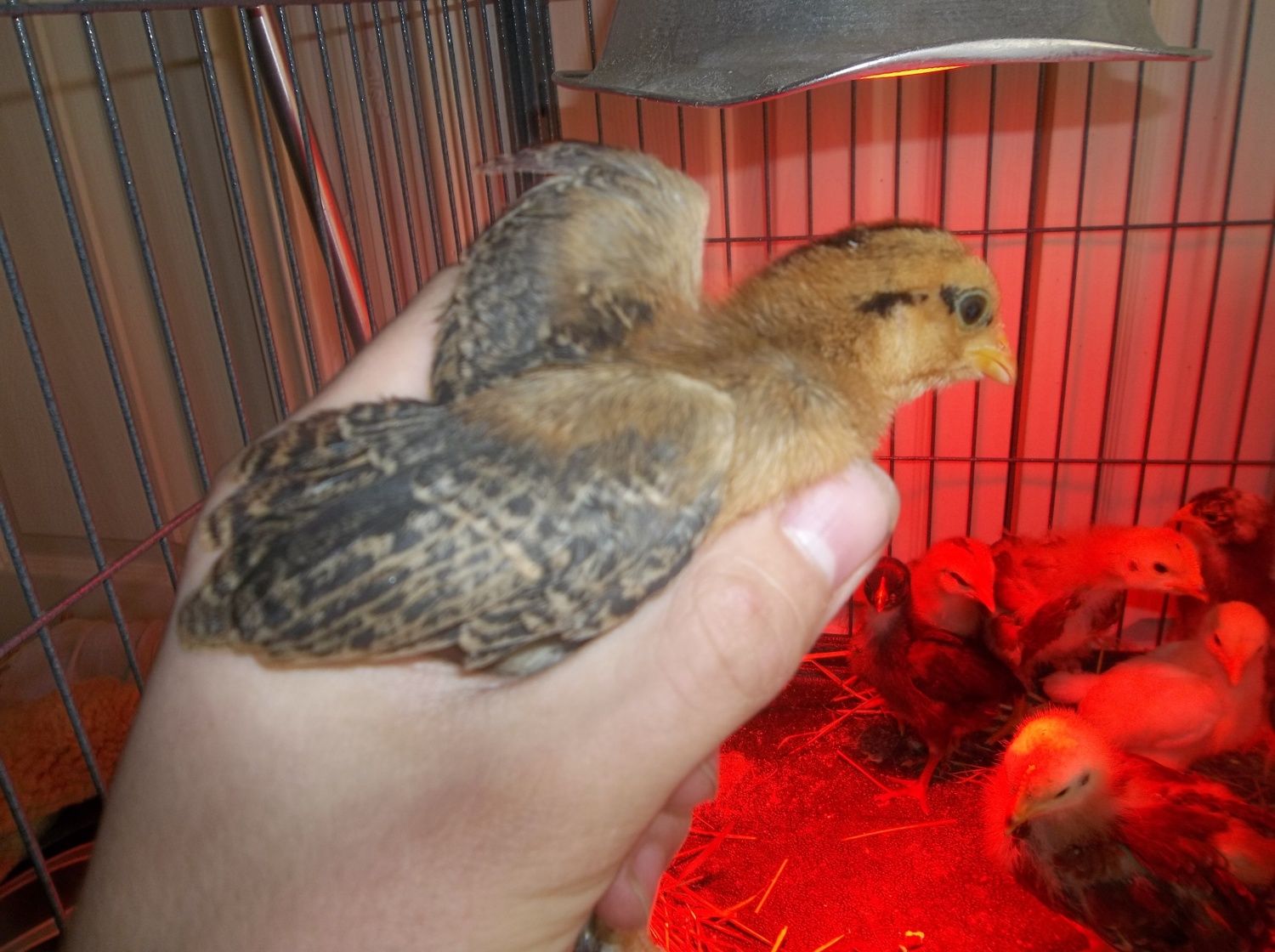 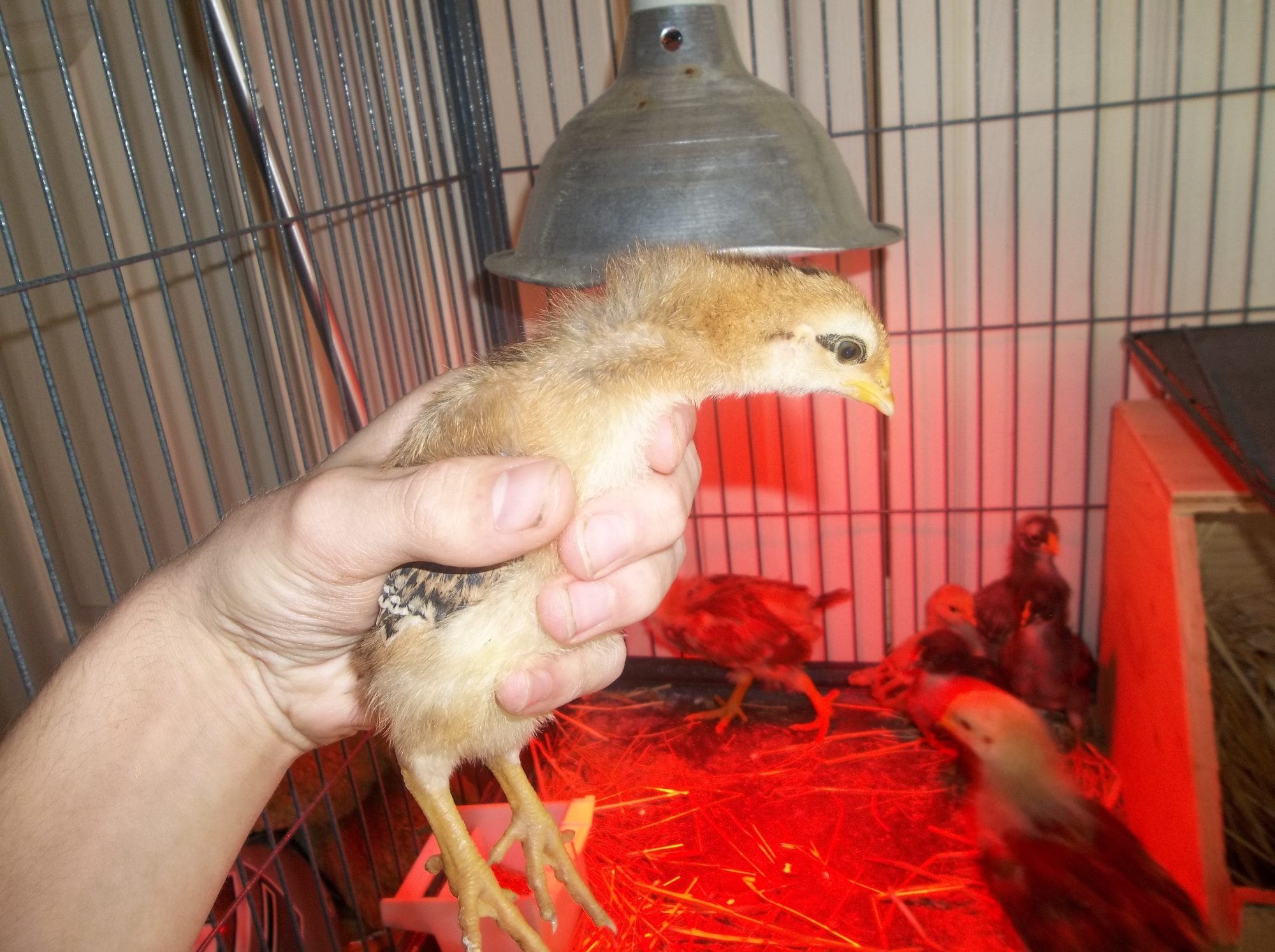 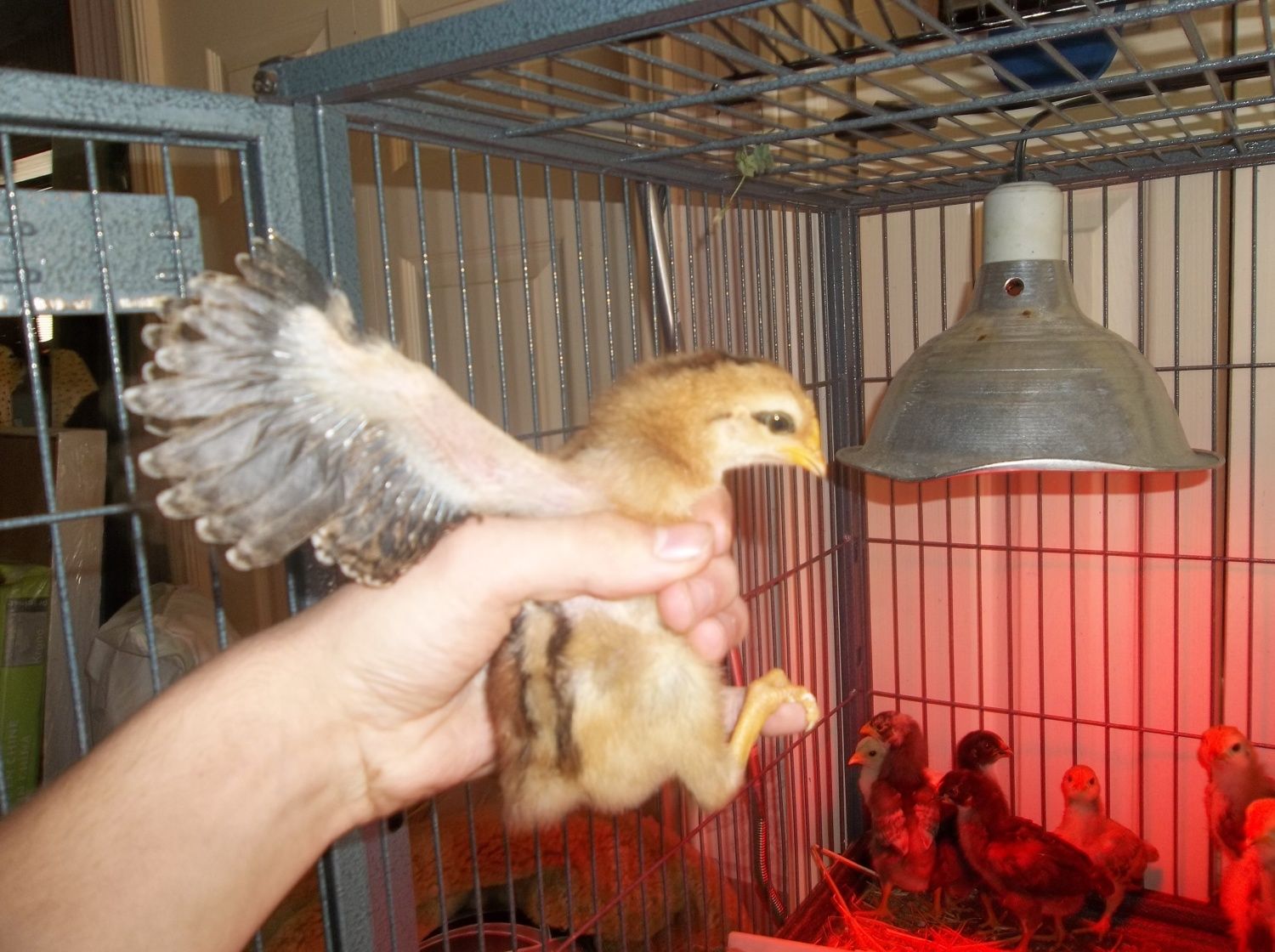 This one looks like the bantam chick above but without the feathered legs. Too my knowledge, it isn't a bantam. I have no idea what this one is. It is the friendliest chick in the bunch. I think this chick is not one of the chicks that the hen came with, meaning it could be anything. But the chick is very sweet and follows me around. It seems to be always curious and doesn't mind being picked up. People have said it looks like an OEG but Ithink it is to friendly to be a game breed. The bottom pics are as of yesterday. 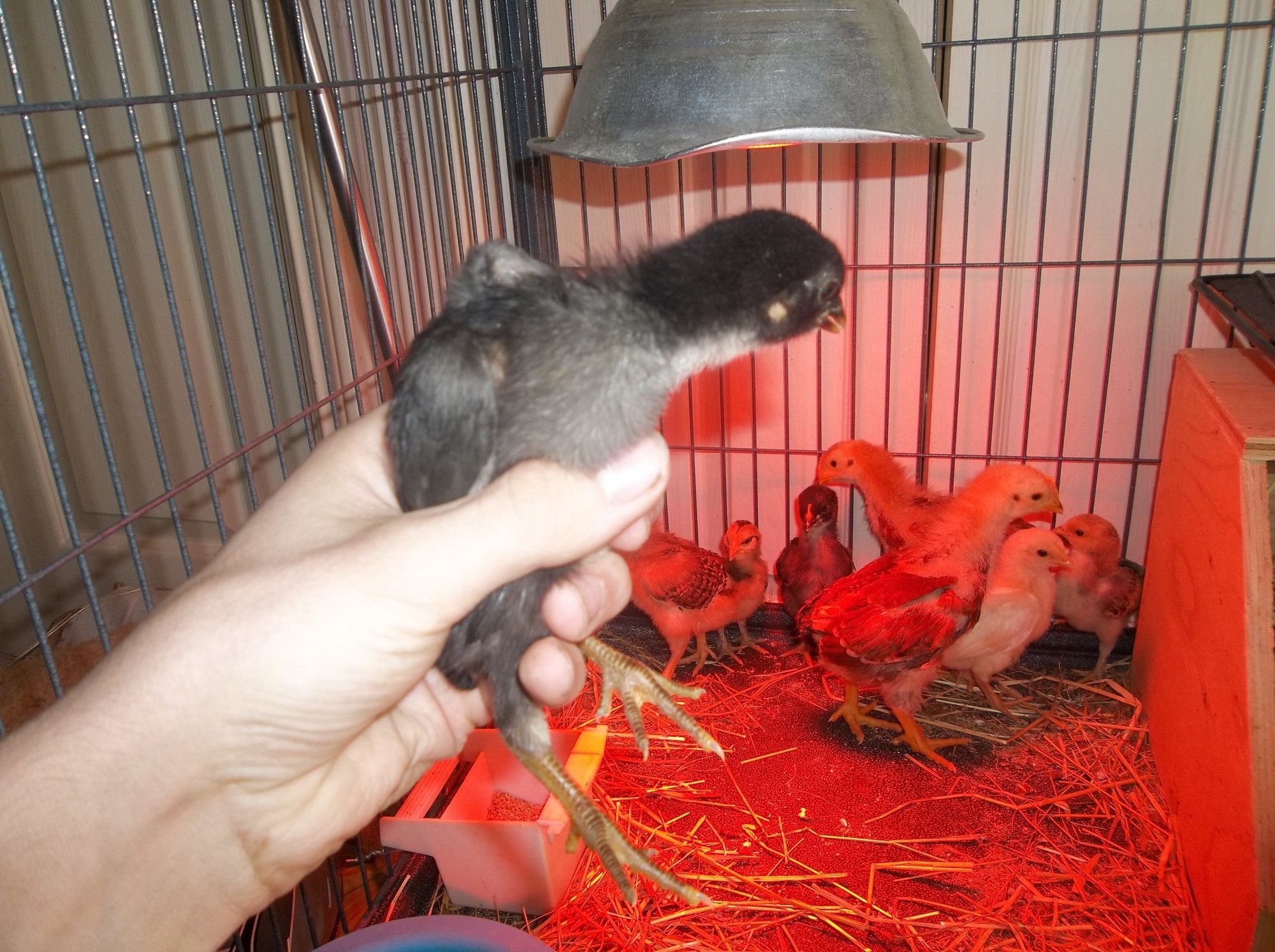 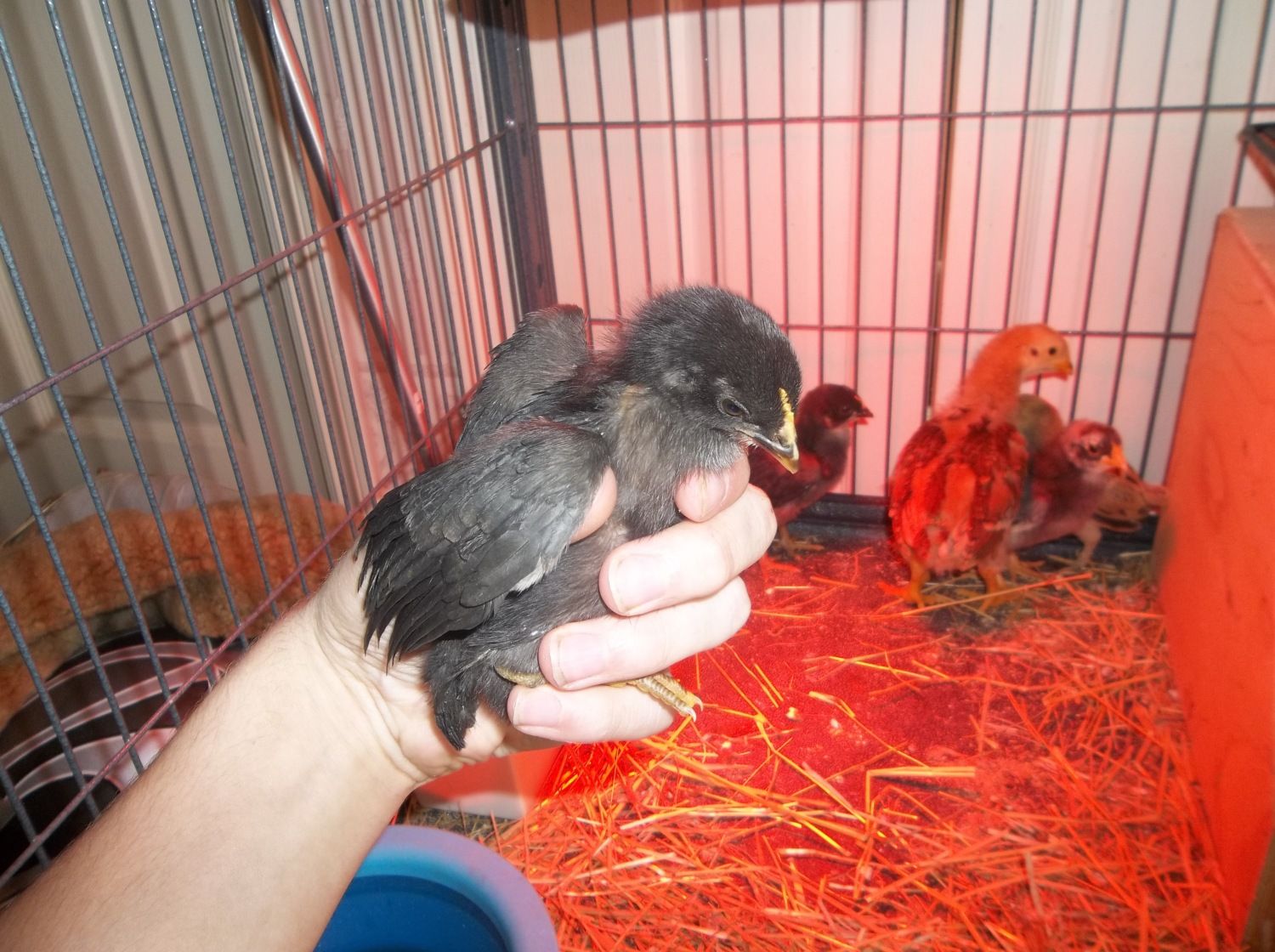 These two chicks have all balck feathers. They are both much darker. The legs are dark also. Their beak is not all yellow, but has a bit of black on some parts of the beak. I assume it is either a purebred minorca or a minorca cross. 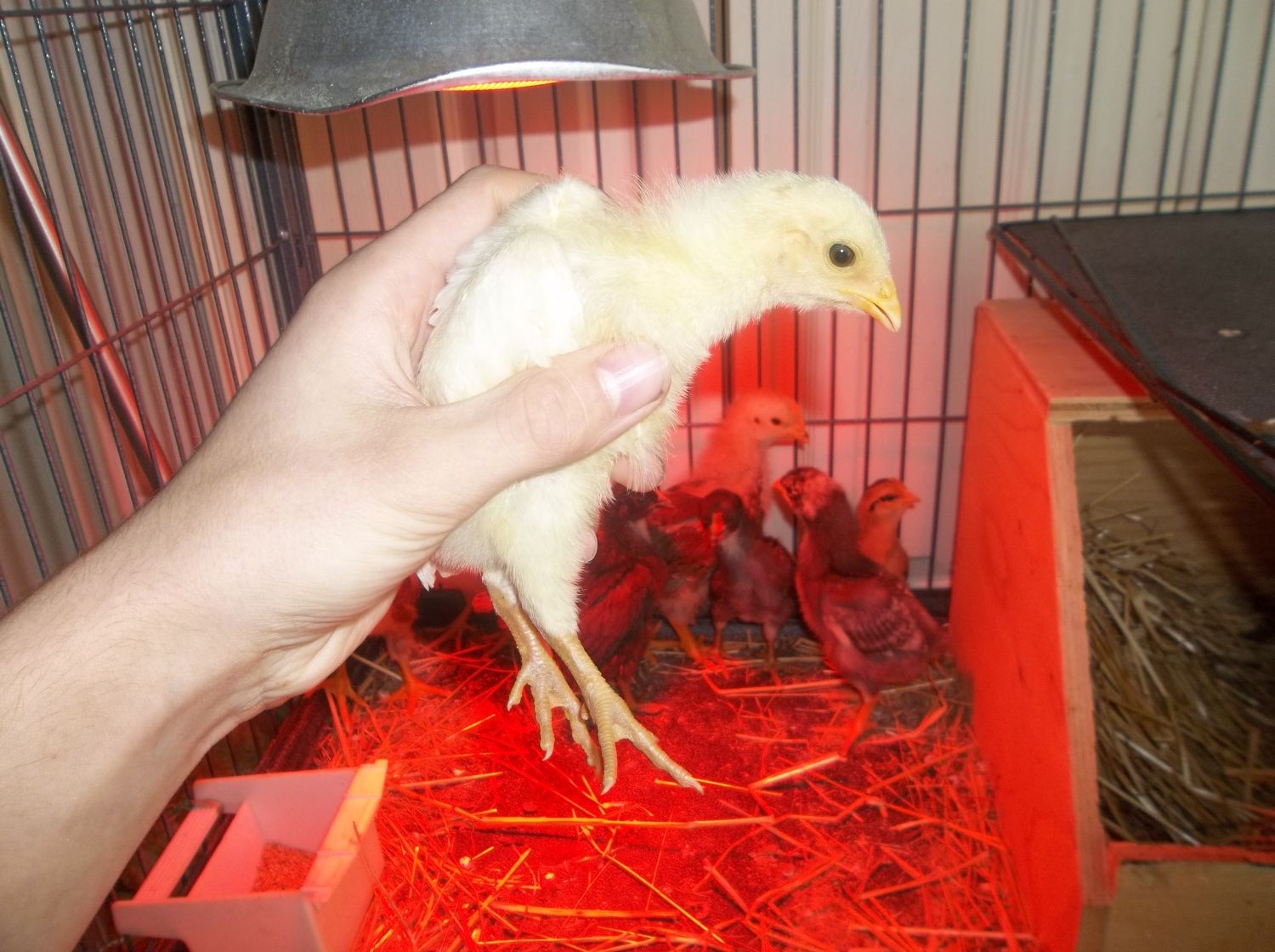 This one is really skittish. It has some feathers now and they are all the same color as the chick pictured. This chick has greyish legs and either a pea or rose comb. 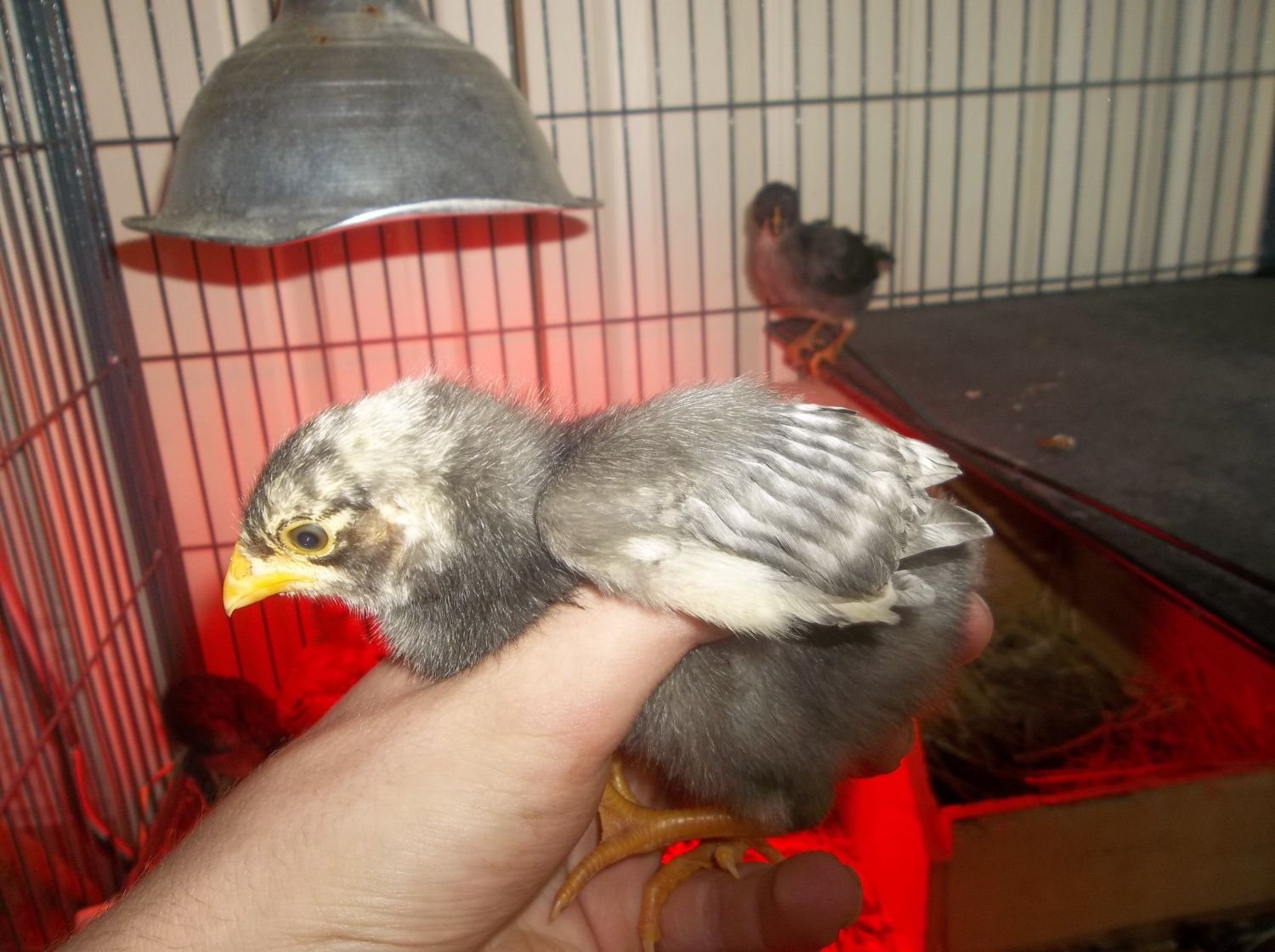 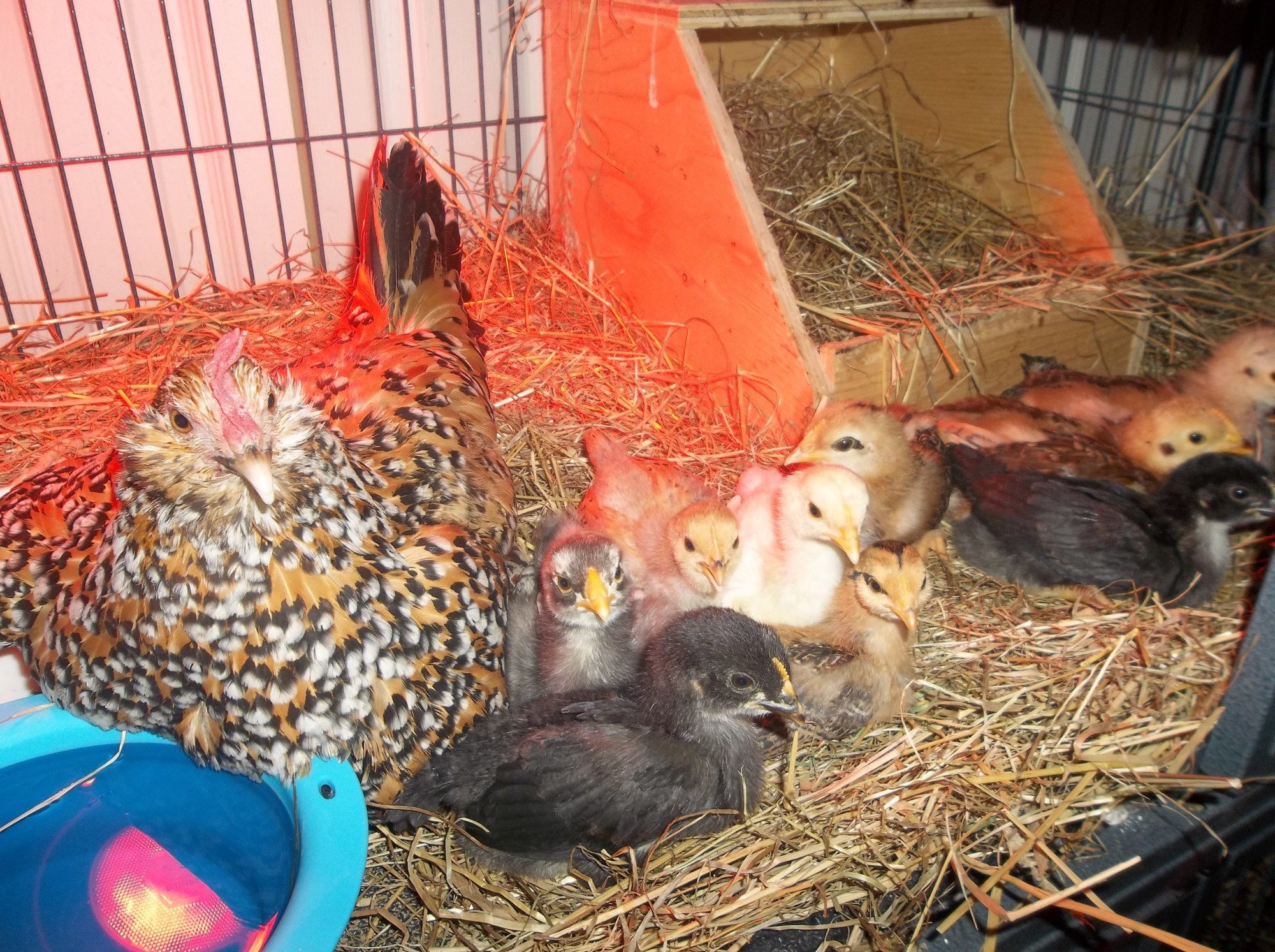 Here they are all together with Bonnie! (She is a Barbu D'uccle (mille fleur) )

So if anyone could shed some light on to what possible breed combinations these chicks are, that would be amazing.Thanks so much and i hope to hear from you soon!
Last edited: May 17, 2012

the white one should be a chantecler, and the blacks should be minorcas, the one with feathered legs is probably a cochin cross

I stopped counting at 8 different threads, but you have posted the same question and pics all over the place. You don't even respond to people trying to answer your questions, you just post in another area of BYC.

YOU HAVE MOSTLY MUTTS. Hopefully, pullet mutts that lay yummy eggs for you. If breeds were so important to you, should you not have just purchased some "purebred" chicks?
I don't mean to sound so snarky but you are literally yelling all over the place. Where is the spam button?