What gender is my 12-week old chick? I was supposed to have 7 girls (well, 8 - but then there was the incident with the neighbor's dog)... but one of my "girls" has started a two-tone crow each morning. I've read up on it and understand that girls can sometimes try to crow, especially in the absence of a roo, so I'm *really* hoping that this is the case. That being said, (s)he has developed a much more red comb and wattle than her sister - BUT, their tail and feathers seem identical. Oh, and I was told that they were black leghorns, but I'm thinking they might be brahmas because of their leg feathers. I am completely new to this whole chicken thing, and would really appreciate your opinions on their breed, and especially on the gender (roosters aren't allowed in my city).

To me, the erect tail says roo and the more developed comb and wattles...

What breed do you think they are? I'm pretty sure the red is rhode island and the yellows are buff orps, and I think the greyish ones are barred leghorns (?).

Oh, and one other thing.... all of them get up on the roost at night except for the red one. I have to go in once it gets dark and pick her up and put her with the others. She flaps her wings but just can't get any "lift". Is there something wrong with her? Or does this breed not usually have the ability to jump/"fly"?

this one is 100% cockerel black cochin 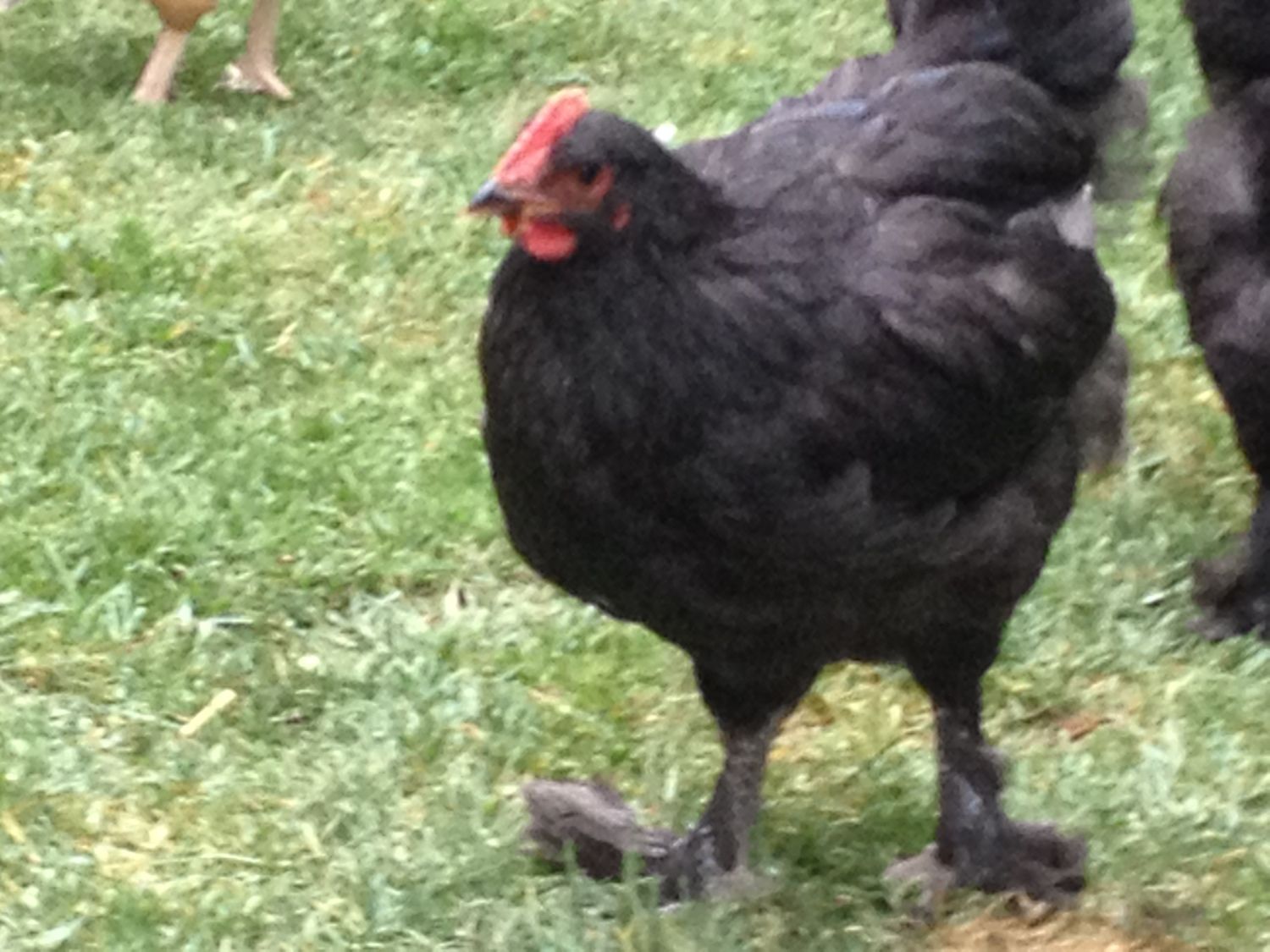 The 2 black ones are Marans both are pullets. Her tail is to high, but still a pullet. She will be laying you some eggs soon too!

Pullet the roo is in my Avatar I don't see a roo.... sometimes a pullet will start crowing if she is dominate.

I see a pullet, marans.

I'd say the cockerel is a Black Langshan. A Cochin would have more leg feathering and a large down-turned tail. A Black Copper Marans cockerel would have a lot more color.

most bcm will have copper on them by now legs are to heavyly feathered comb and wattles are to big and red for a 12 week old pullet (at least ours were)
Last edited: May 21, 2012

Sunday at 8:36 PM
Dottie the Chicken