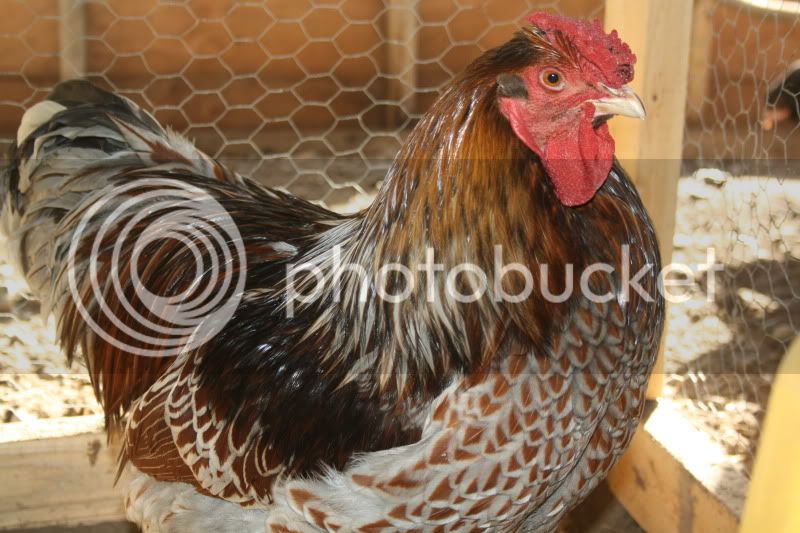 He is a blue laced red.

I have been told, he's not a proper BLR, that he's a splash BLR. is there such a thing?

ya looks like a blr from what i can see.

so if the first one is a BLR, is this one as well?? 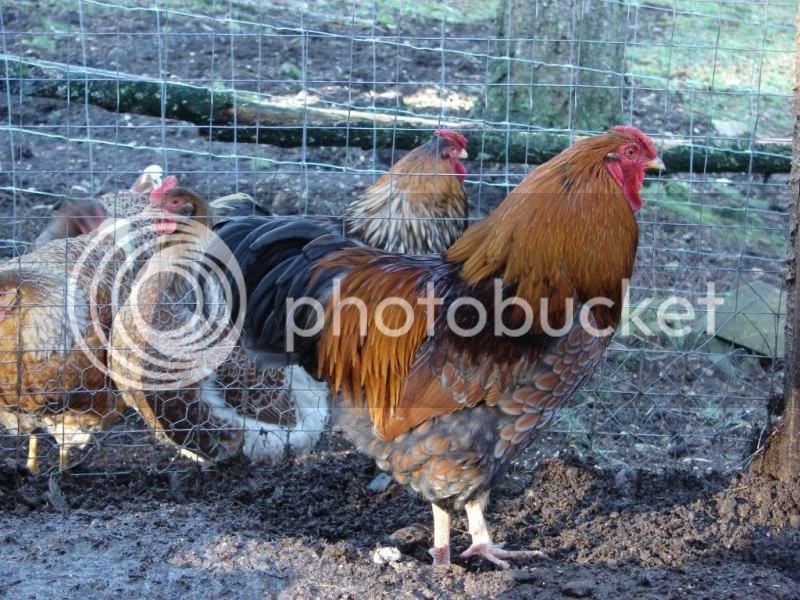 Any variety created with blue also has a splash variation; it is the nature of the blue gene. Whether or not the splash variation is a recognised variety varies, but in general, it isn't--there are exceptions for some varieties that are also created with dominant white, such as golden neck. Note that as far as the fancy and exhibition is concerned, it is the appearance, not the genetics behind it that count.

I completely agree with Sonoran and was actually gearing up to type something quite similar. Thank you for saving me the effort...lol With the Blue gene you can also get black birds so expect Black-laced BLRW as well.

Also the rooster in your first picture is Splash-laced. The second rooster is actually a Blue-laced bird.

Here is an example of a Black-laced hen (behind the Splash-laced pair): 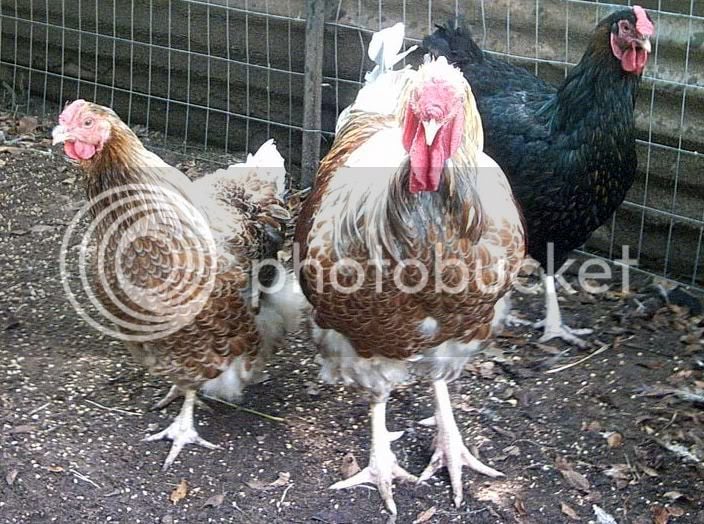 A
What color is this Silkie chick?

What color eggs to expect?

How would you classify this color?