I hatched out my first set of chicks and had high hopes of telling everyone apart. That was a pipe dream! These are my first chicks ever and I'm totally confused! The following went into the bator: 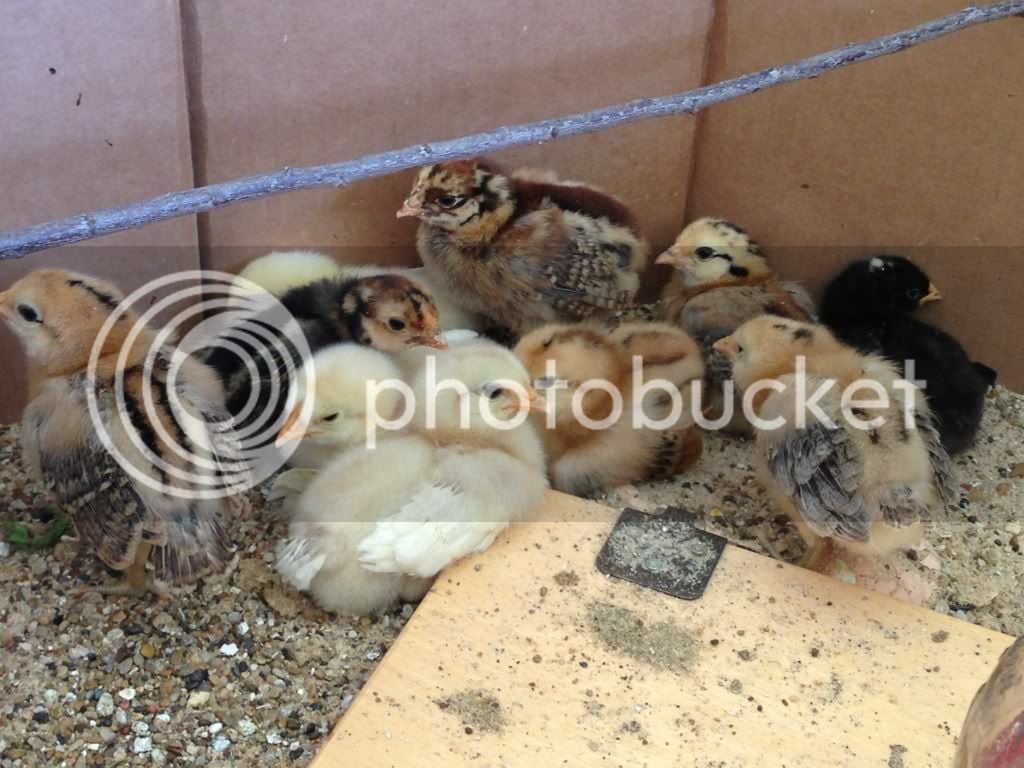 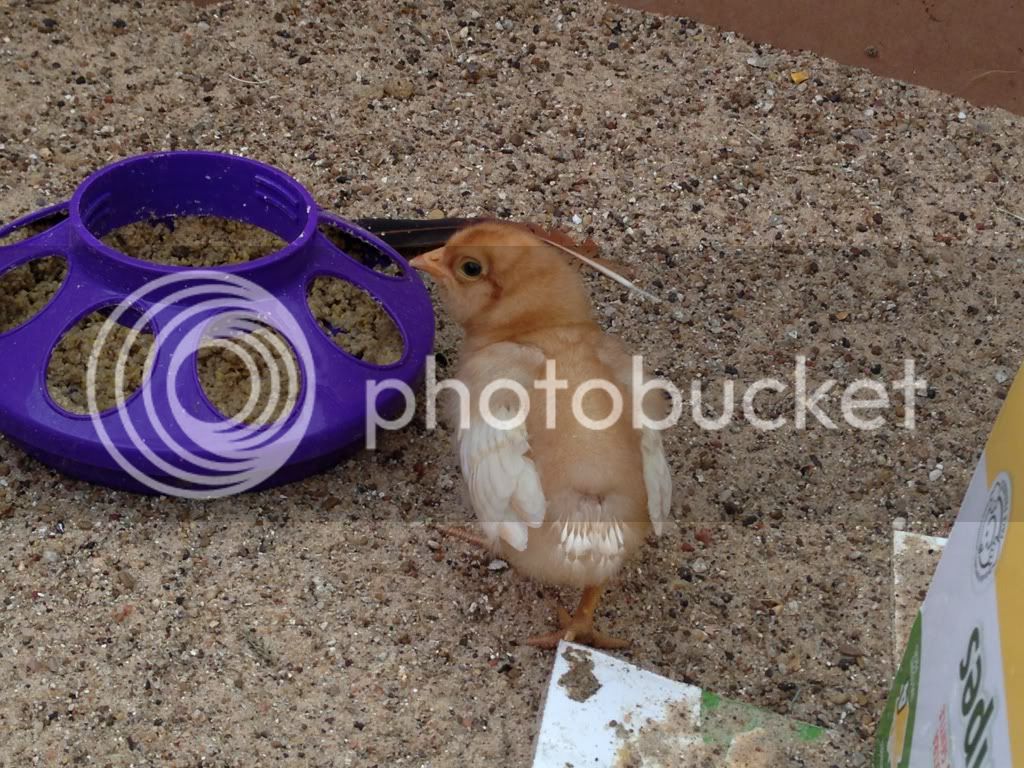 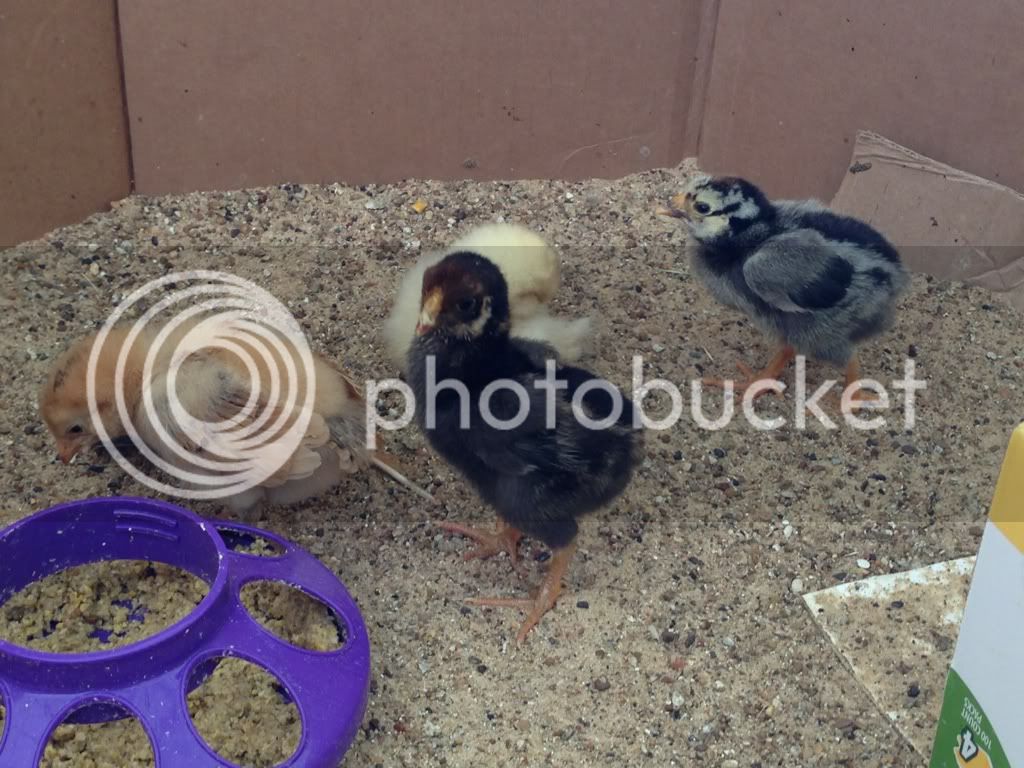 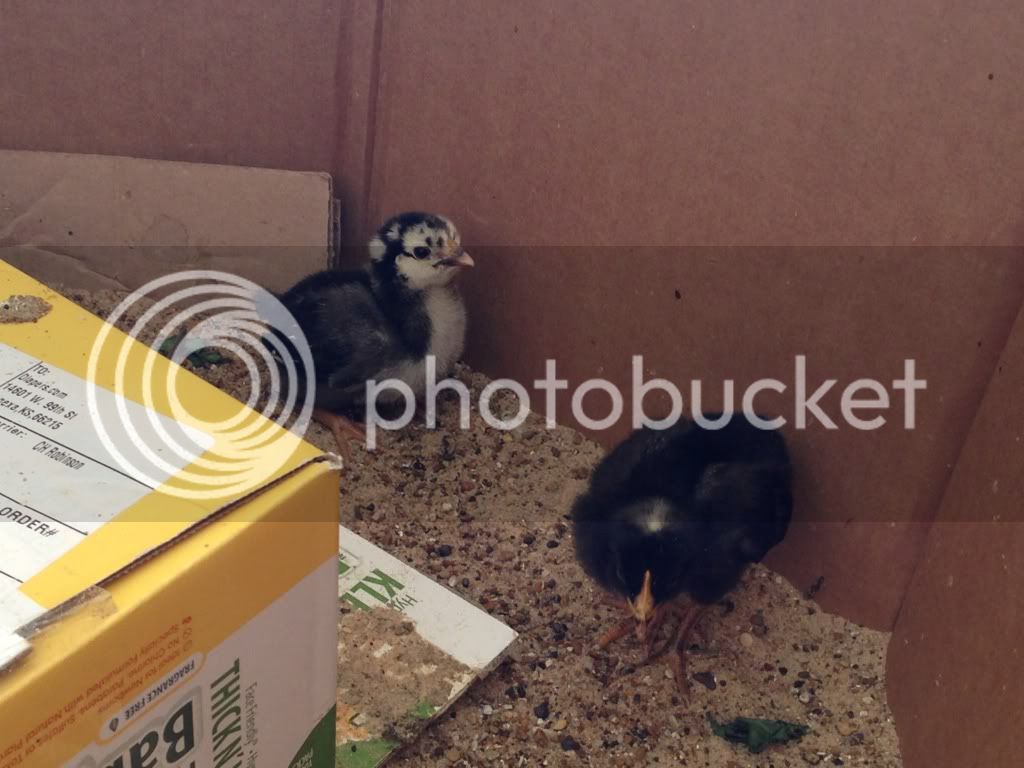 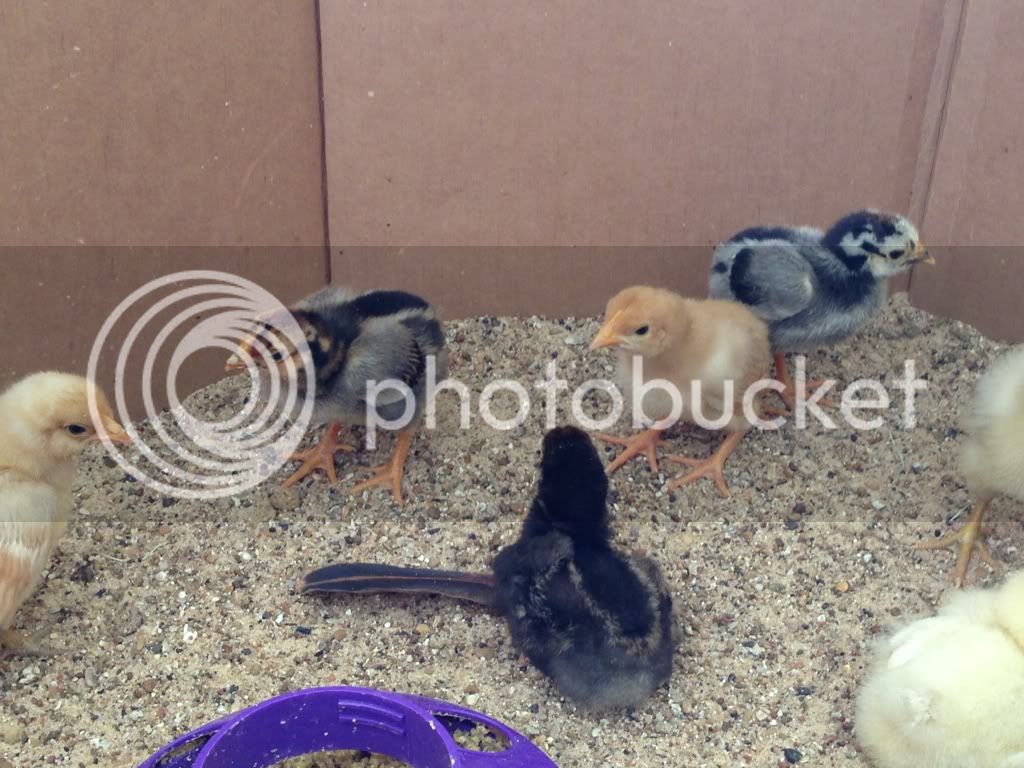 whatever you end up with they are cute! wish i could duddle with them.....
the yellows looks like RIR but dont quote me..
as far as the rest, idk

In pic one I see at least five EEs, and BR cross all the way to the right, a GLW standing in the back and maybe a BLRW peeking over a few BOs.

In pic two, maybe a RIR? This chick seems to have some puffy cheeks though?

Pic four-a SLW and the BR cross (is this a roo since he has a white dot on his head?)

Pic five-this is two of the BLRW maybes. The one with its back to us is the same chick from pic three who had quite a bit of ruddiness in his face. The other is standing to the left. The one standing to the right is a SLW right? Then the two light ones I assume are EEs.

I can tell you the little guy with the white spot on his head is from the barred hen and is a sex link male.

I can see rose combs on a few birds, those'll be your wyandottes.
Your buffs are yellow and the reds are the reddish chipmunk looking birds.
The odds and ends will be your easter eggers and other mixes.

you might try a hatchery website, I know McMurray has some videos of different breeds of chicks.

Can any Wyandotte folks help me out with the blues vs golds vs silvers?

This gal has me stumped...