Will we be laying eggs or serenading our humans?

Hello everyone! We have a batch of chicks that are now 8 weeks old and I'm curious what you think they are! We've gone back and forth ourselves on all of them, and haven't been able to pinpoint yet who's who. I'm about half sure the new musician on the block we've been hearing is coming from our own coop; he's already become very popular with every other roo in the neighborhood who is eager to join his pre-dawn serenades. Don't worry, he'll still have a home with us after we figure out who he is. 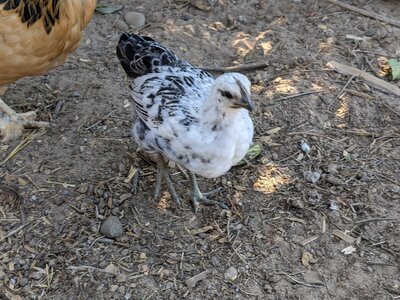 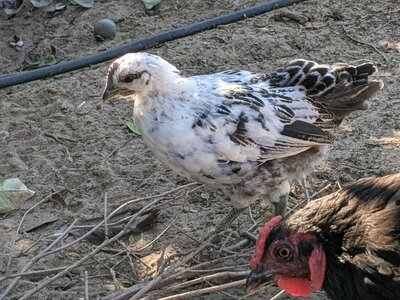 Tequila is a mosaic, and probably the most likely to be female. She's a little timid and doesn't participate in the chest bumping some of the other chicks do. She mostly sticks close to mom. 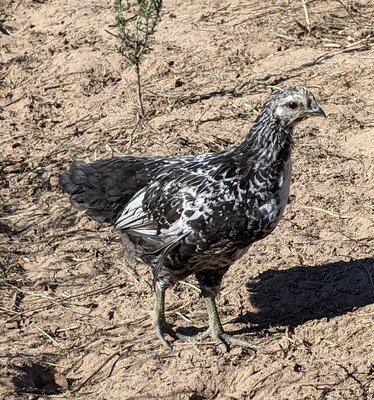 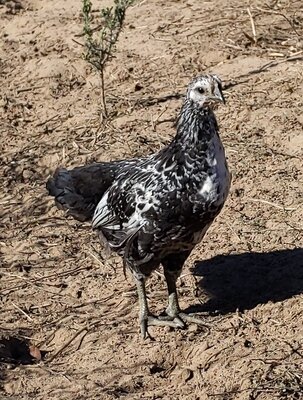 Oreo is also a mosaic, and potentially a cockerel. He and Horchata like to chest bump each other, but both are pretty mellow and watch out for Pincushion. 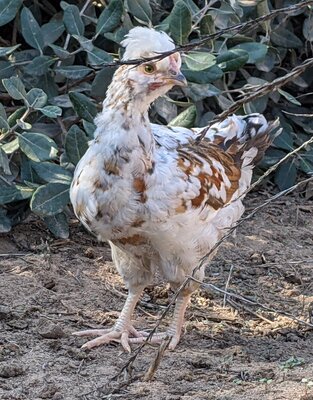 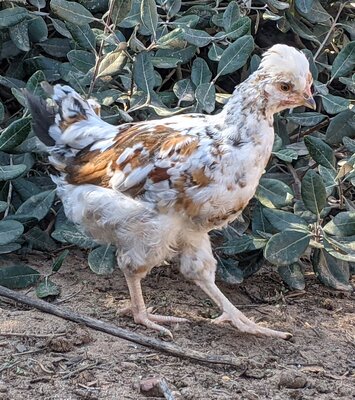 Horchata is a crested Swedish Flower. I'm thinking cockerel because of the chest bumping and because he tends to be the leader of the trio. But his comb is small and light pink (though mostly covered by his crest) and he's pretty mellow. 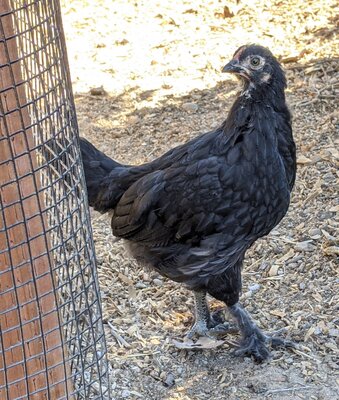 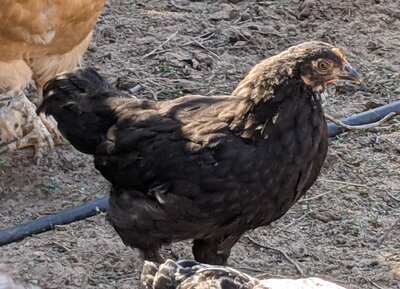 Kahlua is a buff brahma/exchequer leghorn cross. We've gone back and forth on him/her; the comb is a little more red, but that could be because of the leghorn influence (our leghorn cockerel's comb was huge at 8 weeks, vs Kahlua's is pretty small). Kahlua is also afraid of EVERYTHING. Doesn't participate in any chest bumping or much exploring, mostly just stays glued to mom. 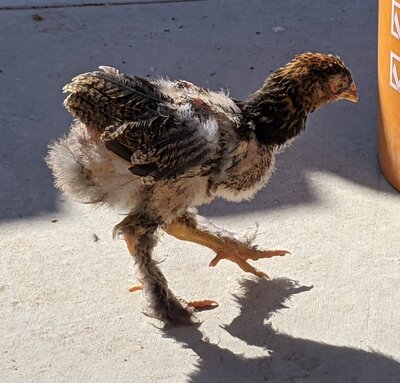 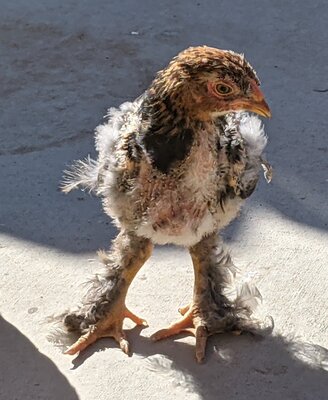 Pincushion is the bird they wrote the story of the ugly duckling about. He/she is a blue partridge brahma, and is definitely living up to their slow development. He's got the most fabulous neck muff, but everything else is veeeeery slow about coming in haha. He's got these crazy long legs but tiny body (he's about half the size of the other chicks the same age), and seems somewhat unsteady on them, but I'm sure he'll grow into them eventually. He's also a little oblivious; he'll be pecking the ground while the others go running off somewhere else and will eventually eventually look up to see he's by himself. Then either cheeps until someone comes back for him or wanders off on his own. Sweet little derpy chick.

Any guesses on what our curious young flock members could be?
Last edited: Nov 25, 2020

Cockerels. Those the only two?

They both are boys. Are they mosaics?

Sorry, I hit "post" instead of "add thumbnail" on my phone. I've added the other pics and descriptions

Kahlua and Horchata are looking girly right now.
Looks like the others are cockerels.

Update us in a few more weeks.

Kahlua will lay eggs, but the rest...serenading abounds.

I'll cross my fingers that a few more end up being pullets, but it sounds like I have a bachelor flock in my future!

Looking at the pictures again, I should mention that both mosaics have neck feathers with vanes that are the opposite color of the main feather color. So while the pictures make the hackle feathers look pointy, they're actually more round. In case that makes a difference in everyone's assessment?

4-5 Cockerels among my Feb Hatch?

Help with breeds and If one chick is a roo, plus coop considerations please!
2

K
Is our 14 week old Silkie a male or female?