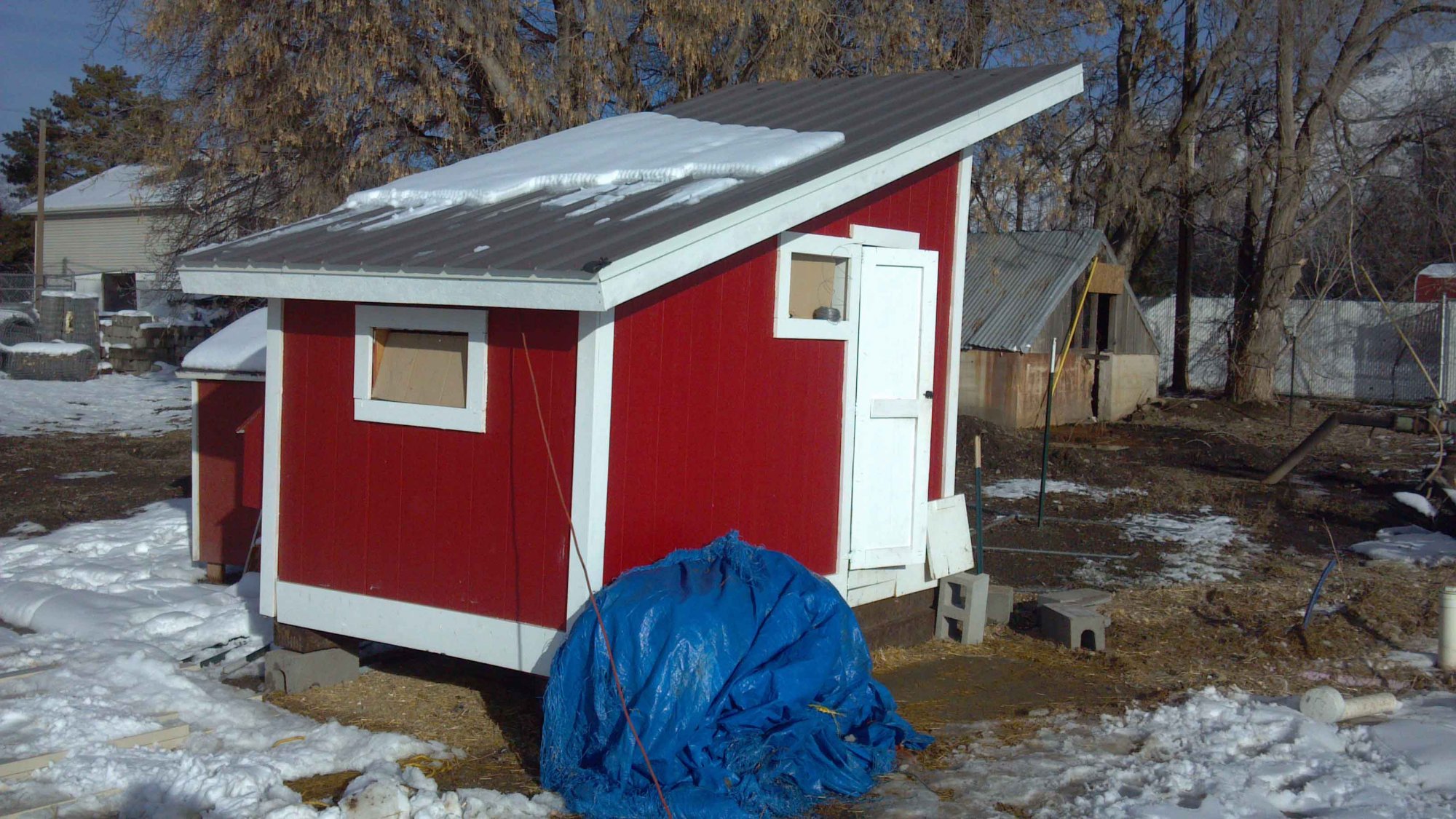 I've wanted chickens since I was a baby but my mom didn't. Then my brother got some weird disease where he can't eat almost anything from the store so she let me buy chickens so he could have eggs that were free ranged, so I bought 15 originally all that they had left 10 barred rock and 5 black sex link. After awhile they started to out grow there brooder and I hadn't even started to build a coop. So I probably made some sort of record of fastest built coop. It took 2 days and a trip to the ER (my mom got a drill bit stuck on the interior and I sawed the outside and hit it).
It is 6' by 8'. To start I took two rail road ties and cut them at 8'. Then built a frame of 2 by 4s and nailed it on top for a base. Then put hardware cloth on top for the floor so it would be easier to clean and then add plywood in the winter to insulate it. Next the frames of the walls came up just made of 2 by 4s and nailed them together, To put on the outside is some sort of exterior fiber board that is sealed and painted. The roosts are 6 and 9 feet high and surprisingly they can all make it up besides my silkies. I was initially going to just use shingles for the roof but my dad sold a dirt bike to a guy who does it for a living and he did it for me for free in about 10 minutes. This coop certainly went together fast and appears to be a good one. Not sure why the roosts are up so high (6' and 9'). More pictures would be helpful to better understand the build.
Read more…

Beautiful coop, please attach that reflector light by something other than the cord or clamp. That is a fire waiting to happen.
Great job, hope your brother likes the change in his diet as much as you like your chickens. LOL
You must log in or register to reply here.