Article Gallery
Leave a rating
Our first foray into the chicken world came on 3/31/08 with the arrival of our chicks from Murray McMurray. Unfortunately, they had a pretty rough trip and we wound up losing 50% by day two. Our replacement chicks arrived on 4/14 and our second trip to the post office proved to be much more successful! Since we live in the burbs I decided to go with bantams. We chose Blue, Barred, and Mottled Cochins as well as Buff Brahmas and Mille Fleurs.​ 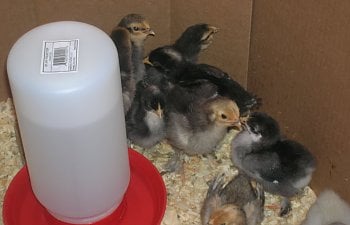 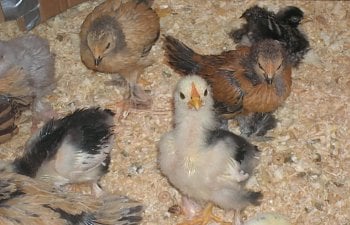 ​
I spent the better part of April building our coop, using plans that I found on the Purina website. I guess beggars can't be choosers but the good folks at Purina might want to take a look at their coop plans. Adding a few directions would also be helpful! 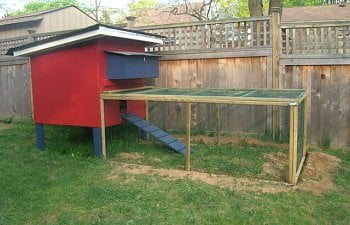 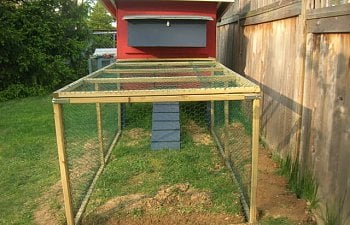 ​
When the chicks got to be 6 wks old, my wife called me at work to tell me that she had found one of them perched on the edge of the box that we were using as our brooder. Time to go to the coop! Luckily Spring had sprung and the weather was favorable, though we rigged up the heat lamp just to be safe. 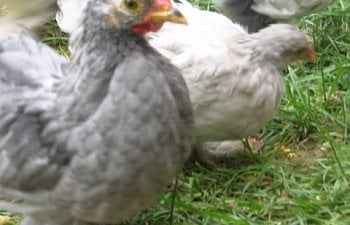 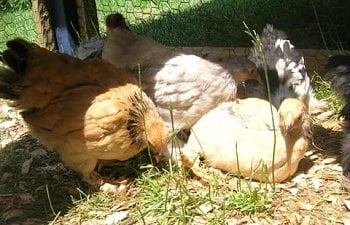 It took a couple of days for everyone to get with the program and figure out that they should go up the ramp into the coop when the sun sets. Now they're old pros and they seem to really enjoy being outside. We have two roosters, Jordan the Mille Fleur and Puffball the Blue Cochin. My eight year old daughters were told many times that we would have to have a strict "No Roosters" rule due to the close proximity of our neighbors. However, they have begged for mercy for Puffball and Jordan so i promised that I would find them a home.

Jordan, crowing his little brain out... Puffball, who I'm sure has a blue ribbon in his future.
Anyway, I hope to spend some time this Summer on the BYC and the ABA websites learning about how to show. I would like to bring a few of our birds to the PA Farm Show this January. That's all for now but if you know anyone who might be interested in Puffball and/or Jordan, shoot me a message.
Update: Jordan and Puffball have found a new home in Glouster County NJ. They can now crow till the cows come home.