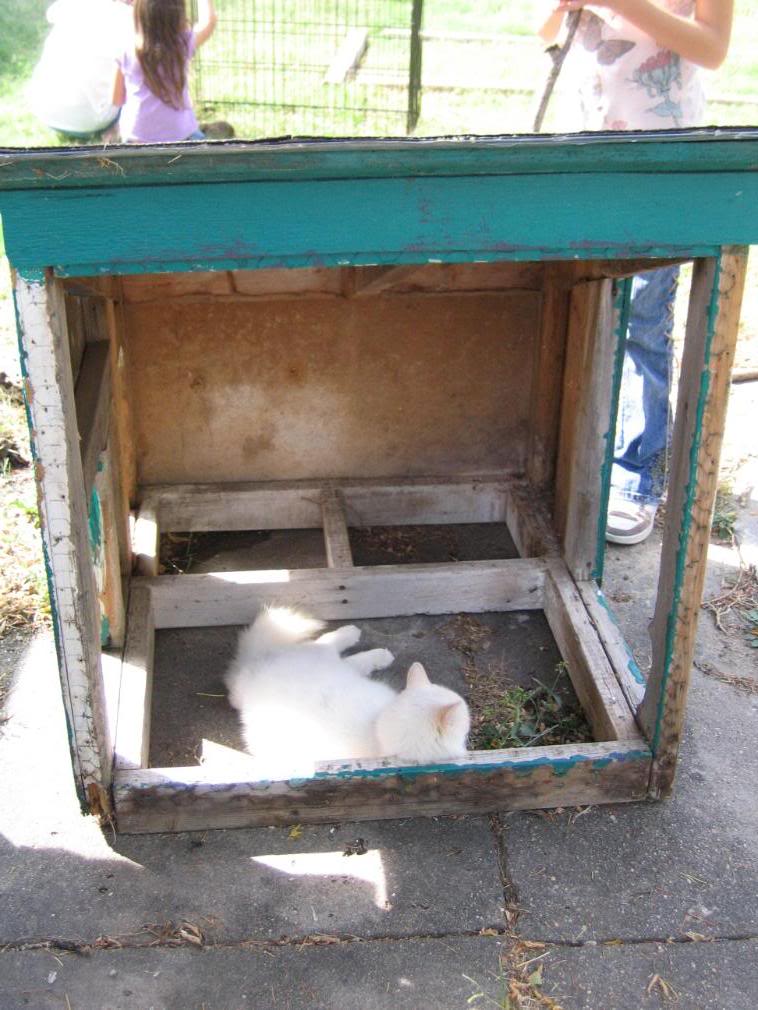 I was given a old rabbit hutch that had the legs removed and was being advertised as a dog house. It was missing a lot of pieces. Here is what I have done.
This is what I started with, minus the cat. 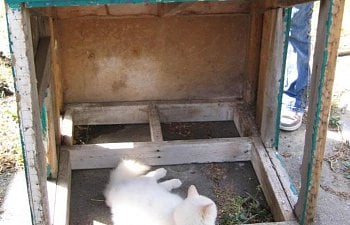 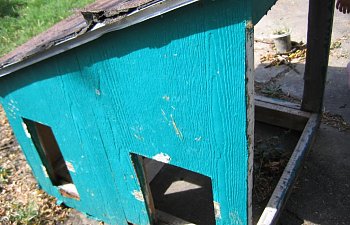 The first thing I did was get rid of the rotten boards. 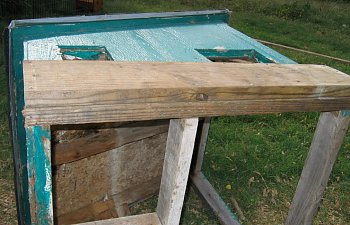 I found a piece of wood that my husband saved from someone's remodeling job. It came with the linoleum on it. 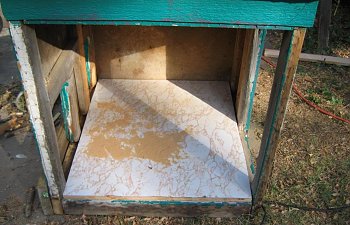 Then I close up the open spaces. One I turned into the pop out door. 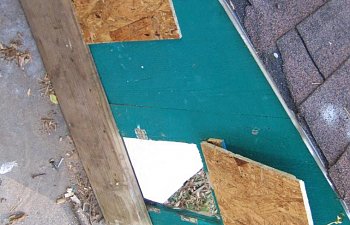 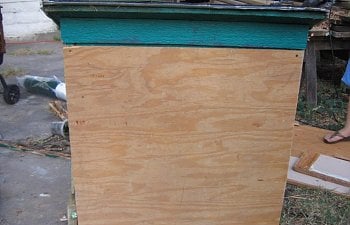 Here is the finished temporary coop and run. I used a dog crate as their run, I put plastic poultry fencing around it and bungee corded it to the coop. 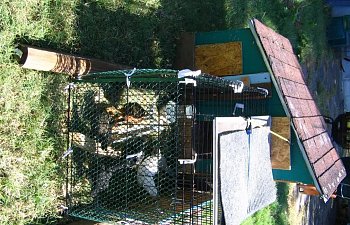 About 2-3 weeks later I started to build their main run. My husband took pity on me and did the main structure and put the hardware clothe around three sides of it.
I then put the plastic poultry netting over the entire run. I built the door and put hardware wire on the inside and the plastic poultry netting on the outside. Maybe a little over kill but it also help to protect us from sharp metal edges. I then hung the door. This part was easier than I thought it would be.
Underneath the door you can see a white rope. This is to move the run to different locations. 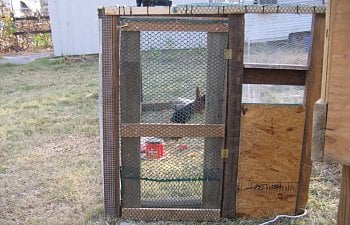 I raised the coop up by 2+ feet for added protection. The chickies are doing a test run before it is completely finished. 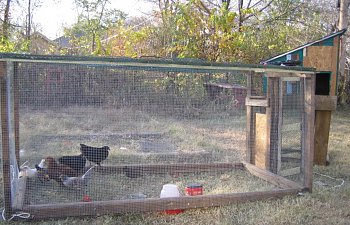 I had planned on moving the pop out door to a different location on the coop, but while I was doing other building things my husband came out and helped me by making it a sliding door. It is much easier to use. 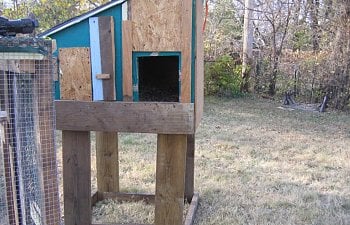 Here is the completed project. I created the ramp. Since it is winter I am worried about their comfort and so I put a few bales of hay around the northwest corner of the run. This gives them a little wind break. Plus I try to keep fresh hay on the ground in that corner so that they are up a little and have a dryer spot to stand if they want. 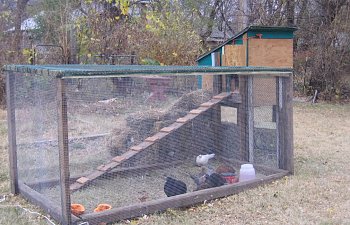 Since all of the lumber and the main house was free the only expenses I had was for the wire and the hardware. Total I spent about $45.00. Not too bad for my first coop.

Dog house conversion. Would work for 3 hens
Would love an update!
I like the size of your run but personally I would make your coop bigger. You should have at least 4sqft of space per bird inside the coop. I would also improve your ease of access to the coop. If you were to make it large enough to stand in I would add a door high enough that you don't have to bend over to enter.
Read more…