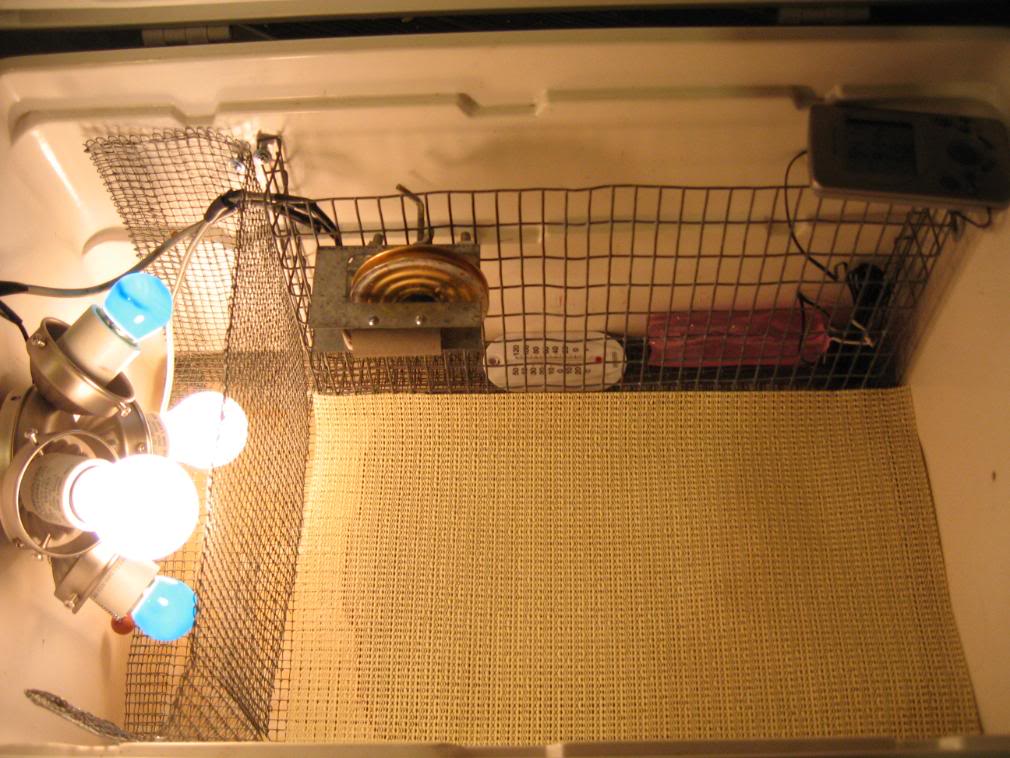 This is my incubator. Homemade from an old GOTT ice chest I found on the side of the road. Believe it or not I BLEACHED this thing like crazy.
I have cut out a window with a Dremel tool. If you have never used a dremel tool, this is NOT the time to try it for the first time. I think jig/sabre saw would have worked better. I suggest making the window as big as possible if there might be more than on person watching. The first hatch I didn't get to see much except my children's heads crowded over it. 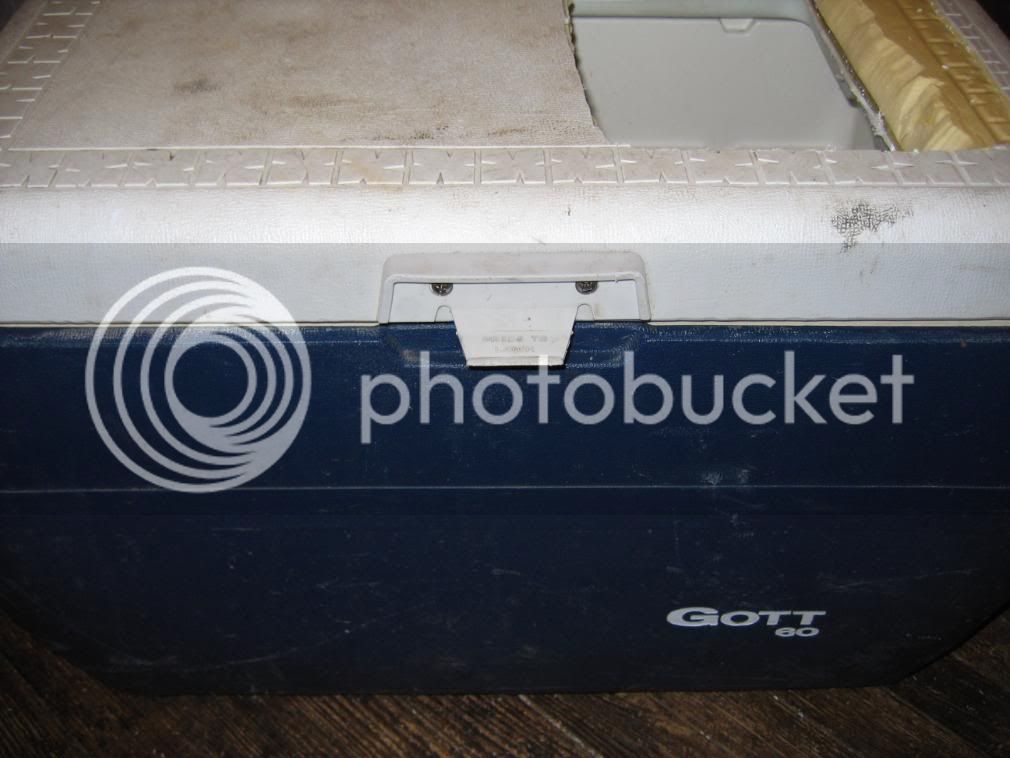 This is the window after adding the "window" which is actually a laminating material. I will change it to glass or plexiglass before the next time. The condensation was really bad if the room was cool. I covered it with a towel and that helped. 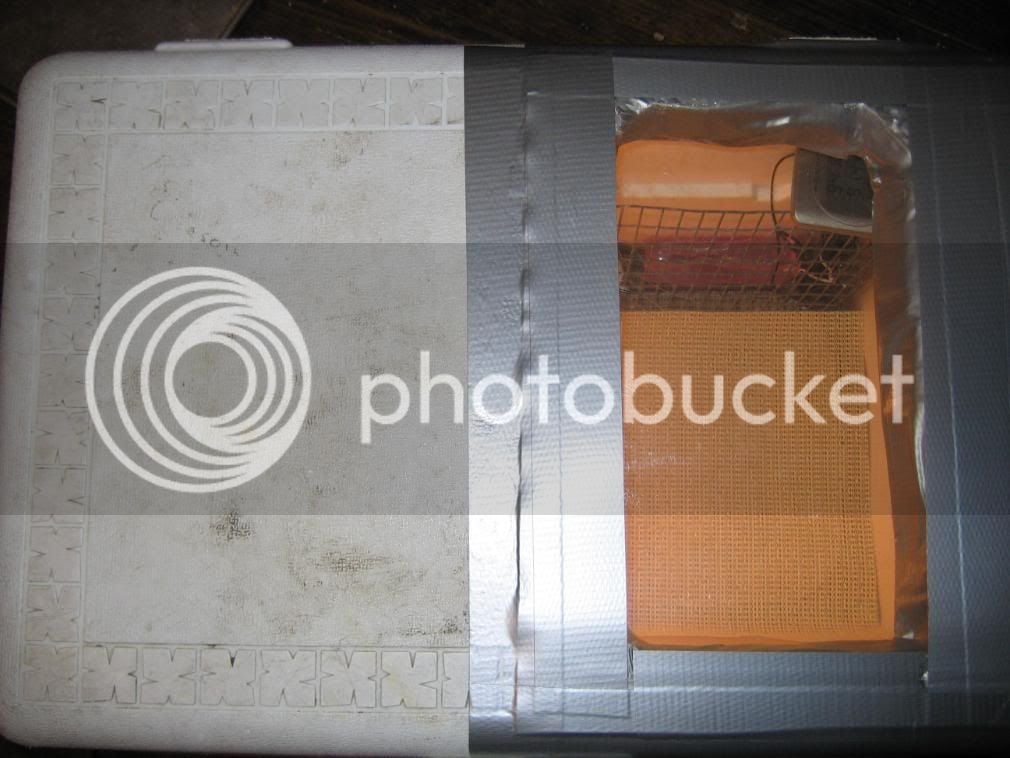 The light/heat source that I used is a light fixture for a ceiling fan. We bought it at a Wal-mart clearance for $1.00, and planned to someday use it.

It has room for four light bulbs. I used two 7 watt blue bulbs and two 15 watt bulbs. This way I did not have to worry so much if a bulb blew during the incubation. The thermostat is a regular wafer. I got it off of Craigslist/Freecycle for FREE. 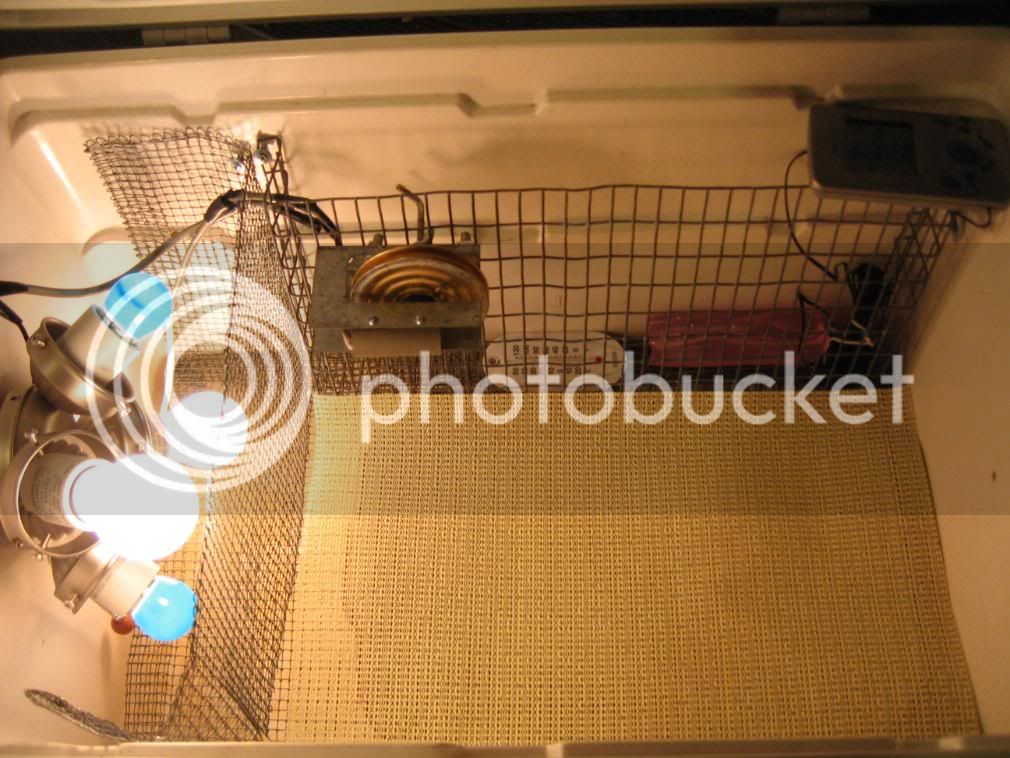 I used a page out of Speckledhens book and used a shelf liner to cover the wire base. What you can't see is that there is a 13x9 metal pan (it is actually an enameled pan) to hold water. I also drilled some air holes. 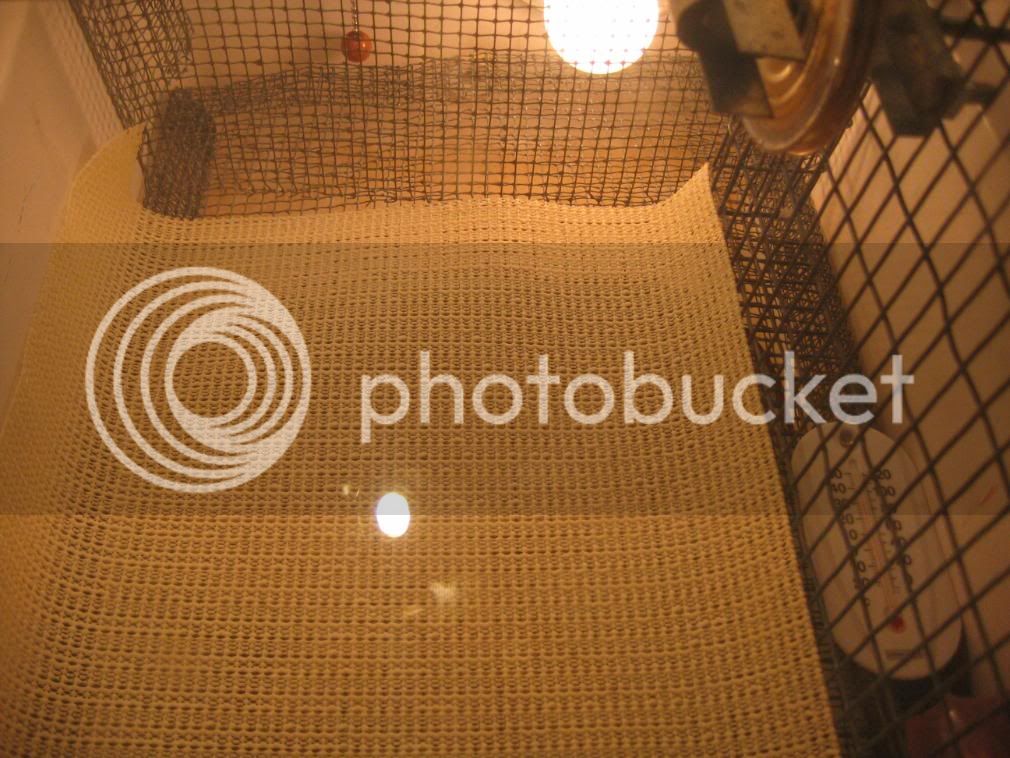 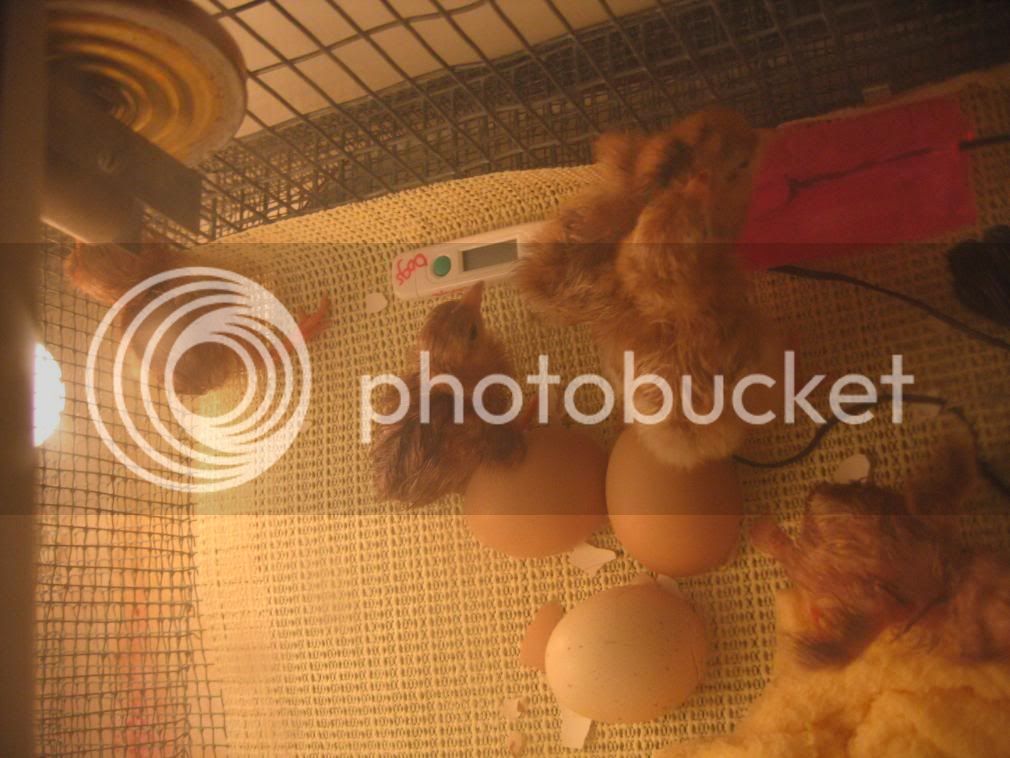 Update: I used this incubator for about 3 years. I just recently took it apart, and used the parts to make a hatcher out of an old wine refridgerator. I am turning it into a hatcher. I bought a used GQF Sportsman incubator with turner.

The article could benefit from wiring diagrams and more build details
I would have loved more detail, but nicely done.
Awesome job, I would have liked to see a little more details about the build and more "how to" but great job. What was your hatch rate?
Read more…

How much did it cost? What supplies do you need?