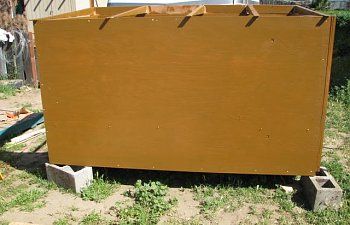 March 15th 2011
Ok So my coop is done my babys are out side in it and loving it and I got my first egg the other day unfortunatly my naibghors dog sucks and got two of my chicks I've talked to the naibor and he says it wasnt his dog even though I got it on tape (I have servalance Camras on my property)he is not willing to keep his dog on his property and I dont know what to do. I a mtrying ot be a good naibghor but still just dont know what to do. but on the briter side I think i Am going to buy two more older hens of craigslist when I get some money together 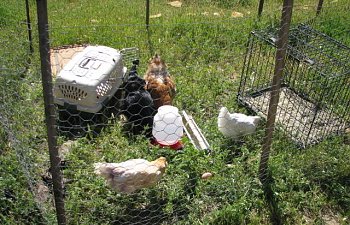 March 19th 2011
I got 6 more baby chickens today how great is that. I got them home and put them in with my older boarders woohoo my chickens are all getting along this is great 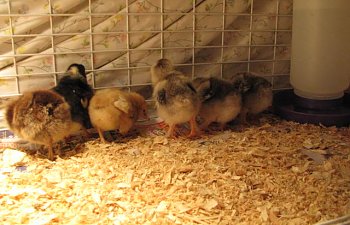 March 20th 2011
OK so it got cold out side and i brought my 10 week olds back inside to get them out of the cold I tryed putting them in th brooder with the 1 weekish olds and they were being bullies so inot the cat carrier they went there So cute there teen agers and look like theyve been hit with a weed eater there feathing in but at the stage were there feathers are not quite right I think it is So cute my baby rooster is the lovingest of them all he wants to cuddle alot lol still havent named most of them but am really enjoying them. have spent alot of time out in the hen house feeding them freash apples and lemons from the trees around the property got them shes the other day for there digjestions this has ot be the best web site ever I would have never known they needed much more then food and water if it weren't for this web site and the wonderfull pepole on it...... Thank you every one For all of your Shared Knowlege. 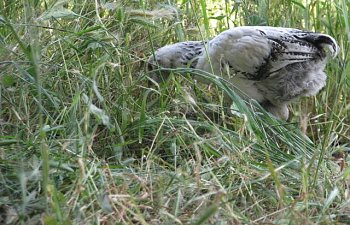 March 25th 2011
So today I made some big changes to my outside encloser I have decided that they needed more room to scratch still havent chosen wheels for my coop but the out side pin was inlarged by about 5 feet today. My girls seem happy with the added space and Im tired from all the work

April 3rd 2011
today Sucked my Blind Wiener dog got ahold of my 12 week old rooster I cryed he was my favorite he would come and jump on my foot when I walked in the run and her would cuddle untill I put him down never really wanted to stop. he was great. So now I only have the older rooster and I'm not ot found of him he dosen't like being touched and wont coudle at all.
the little red peeking in the Coop door is the lost rooster I will miss him 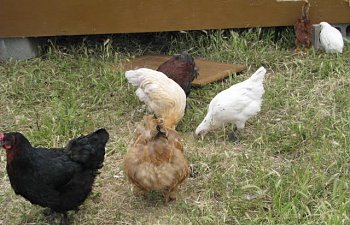 April 13th 2011
So its been a realy hard week on ym Chickens. I losst two a few days ago MArry my 1yo couchin and Snow my White Easter egger. I reviewed my servalance video and discoverd that I cought the hole thing on tape. My naibghors dog had come in my yard and eaten my chickens. He dose not speak english but after I left his house he did call the police and tell them I was herasing him the police came ot my house I showed them the video and gave them a copy. they Informed me that because I live on farm land I could shoot the dog next time Isee it on my property. ( not really looking forward ot that) I'm an animal lover so the thought of shottign a dog makes me want to cry. I mowed my acers yesterday and found what was left of my chickens wit hthe riding mower. I had ot stop and cry for a secound but I have moved on and almost have the grass mowed. I cant wait till its done. I am looking at improving my out door run for my chickens ot protect them better but its all waiting on money I repaired were the dogs broke in but its still not strong enough. Funny thing is I thought I was protecting them from the Cyotes but its not the Cyotes I'm having truble with its the naighbors dogs. I expected some truble with preditors but think if some ones pet hurts some one ellses pet then they should pay for it. I guess my naighbor dosen't see it that way. my wonderfull boyfriend did order me 4 new chickens that are due to be deliverd next week I cant wait to meet my new friends.
the black one in the picture above is the one of the two I lost and the White one 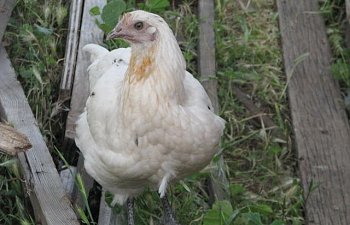 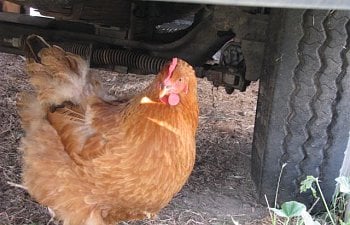 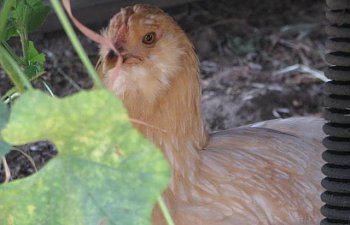 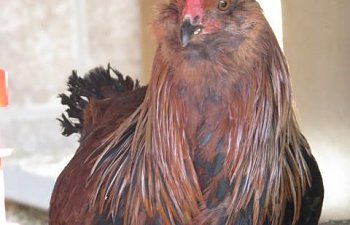 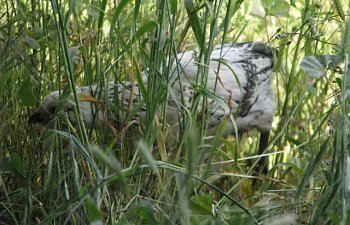 So this morning I woke up a little later than usual and so I rushed ot get my shoes on to let my chickens out welll they had already been let out by my wonderfull aunt. heray.
May 28th 2011
So I have been visiting the Bay area for a few weeks now and have increased my flock I now have another rooster 2 more road island reds that are laying 12 baby reds 15 baby Polish top hats 15 baby silkies and a new rooster Im so excited to get them home in a few days and to see the babys i have at home. pictures to come of the new additions I cant wait.....