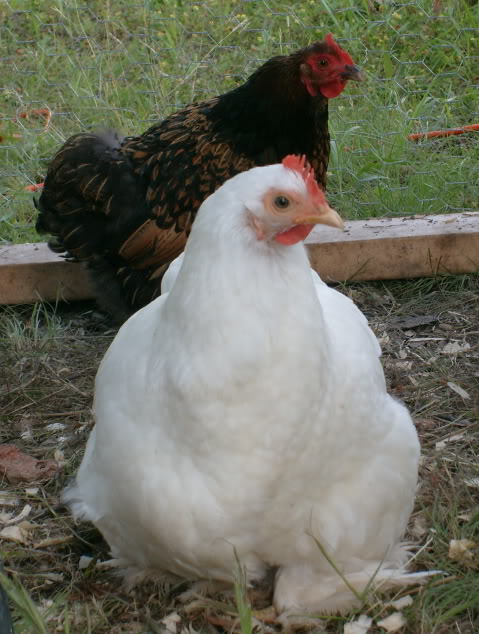 I was around chickens and other types of poultry as a child; we didn't have them at our place, but many of my relatives did. When we took the plunge in July of 2008 and bought our first home with a few acres my thoughts turned to livestock and having our own animals to raise for food. I have to admit, my first thought was NOT chickens - it was goats or maybe a bottle calf or two. One of last experiences and worst memories as a child was getting giant holes pecked out of my knees by my uncles rooster - I had never even attempted to be around chickens since then - I was rather traumatized and young. But, farm fresh eggs are more scarce than you would think in Central Mo. I remembered those good ol farm eggs and wanted to share the flavor and experience with my own kids. I was determined that I would have NO roosters! And any chicken that even tried to give me the stink eye or act aggressively would be dinner! After talking it over with my husband for a few months the kids and I went into town one day to get dog food at our local Orschelins - they had spring chickies in. They were adorable! I went home after being begged by the kids - I had not made my decision yet and I kept remembering how evil my uncles chickens and rooster were - my knees were literally scarred from my encounter with them. I had no desire for my children to go through that. I debated, talked to my husband a bit more about it, talked to some friends that had chickens about it, and kept researching the internet about chickens. We made several more trips to Orschelins before the kids broke me down with how cute the chickies were. I came home with 4 polish crested, an Australorp, 2 Barred Rocks, and a black sex link - the FIRST time. The next trip to the feed store added a few easter eggers, a few cochins and other trips brought home chicks too. Pretty soon I was researching breeds, looking at pictures trying to figure out what some of my mystery chicks were. Also, a few of my guarenteed pullets turned out to be roosters! Hubby had still NOT convinced me that having a rooster could ever be a good thing. But, to my surprise some of my favorite pullets - were the boys! I could not imagine putting the axe to any of my sweet baby boys - they all had too much charactor, they came running to me, they follow me around the yard! Seeing all the pictures of gorgous man-birds at BYC certainly didn't hurt either.
One day my cousin called and said she was moving back to the lake area, did I want any of her laying hens ( the were light Brahmas and had not even been through a first year mold yet ). Sure! I'll take 5- that should get us enough eggs until we start getting eggs from our own girls. When I arrived to pick up the hens lo and behold one was a young and handsome ROOSTER! SHe had loaded them in the car to meet me before it was even light out and grabbed a rooster instead of a hen! I was skeptical - I had my own young men at home and roosters are notorious fighters! After a quarentine period, we decided that the best way to integrate everyone was to move the coop around to the back of the house, add the newbies to my young flock at night and leave them in the coop for three days - my chickens are free ranged during the day and I wanted them to "know" where home, food, and water were. It worked fabulously! They all adjusted with little pecking or fighting. The laying hens even came back to the coop to lay their eggs everyday. My big LB roo is well mannered, and a handsome guy always tending to the ladies and the rest of his new flock - he never picks on the little boys even though they are sprouting wattles and flaring at each other now occasionally. They NEVER test the big roo, lol. I am now hatching some LB eggs as well as some I have bought and had shipped to me , I am a true chicken addict now..... 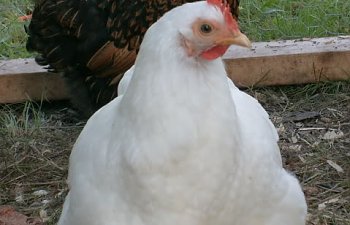 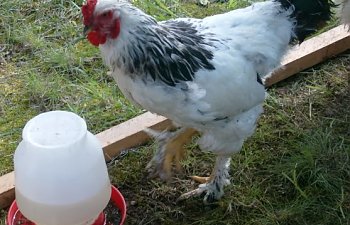 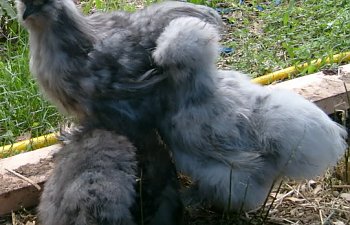 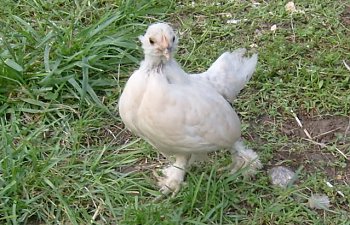 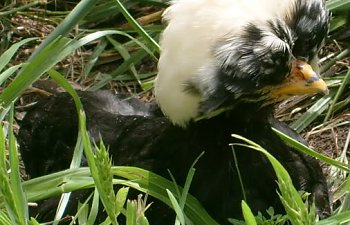 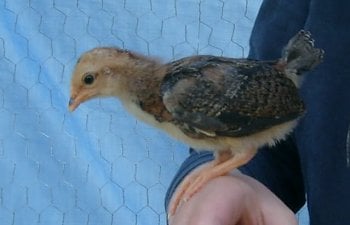 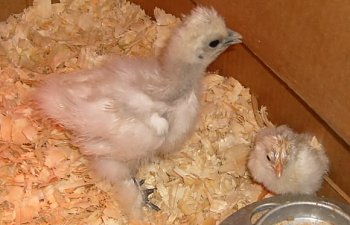 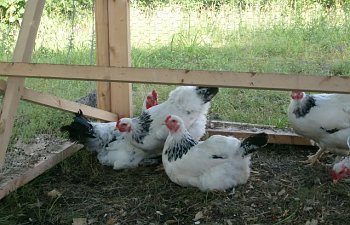 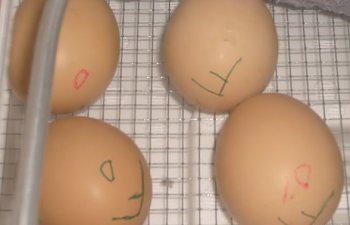 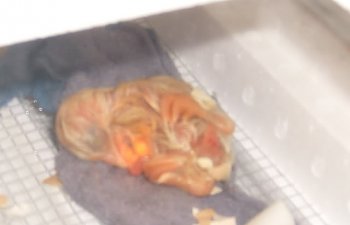