Article Gallery
Leave a rating
Hi, my name is Marye and I'm a chickenaholic....

We are homeschoolers. We first got chickens when our 7 year old explained why it would be beneficial (his word, not mine) to own a couple of chickens. Being adventurous and somewhat easily persuaded by the educational aspect, we said yes. We bought six less than a day old chicks from a fellow homeschooler after the kids saw them hatch in April of '07. We returned the cockerels and bought several specific breeds that interested us that September. There are pictures of these below. One, a buff brahma, won best hen in show. We were living in Arkansas at the time and ended up giving our chickens to another homeschool family when we had to move back to Mississippi. We weren't going to get any more chickens, but we're up to nine right now.

Here are some pictures of our original girls:

This is Butter (who ended up being a he, not a she) 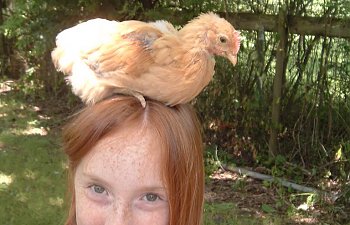 and this is Peanut 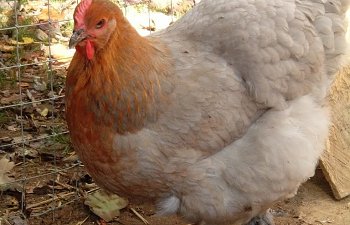 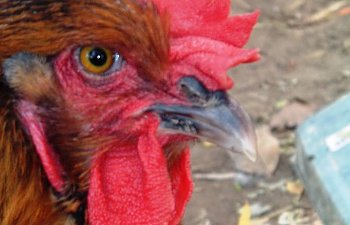 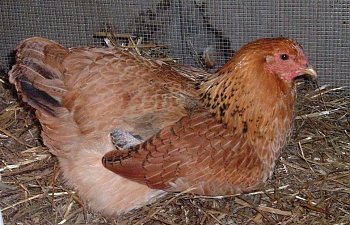 This was our original coop and run. It wasn't anything fancy, but it did the job. 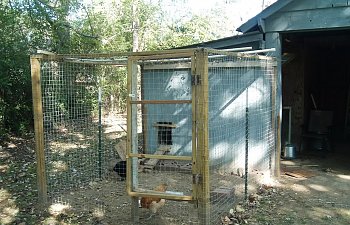 Most of the time they free-ranged in the back yard.

In September '07 we bought seven little ones. A Barred Rock (Lucy), a Dominique (Ethal), an Ameraucana/EE (Sweet Cheeks), a Golden Laced Wyandotte (Goldie), a Production Red (Little Red Hen) and a Light (Snowball) and Buff (Disco Chicken) Brahmas. The Buff didn't make it but we got a Cucoo Maran and called her Little Maran since she was smaller than the rest. 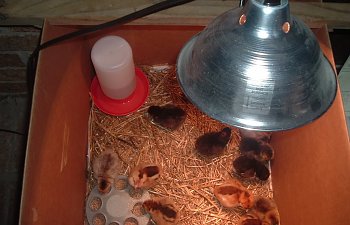 So that was the original 10 girls.