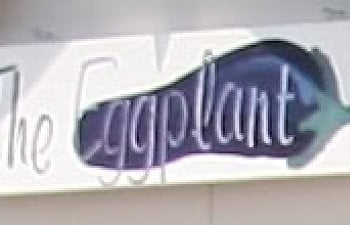 We have 6 chickens born in mid April 2010, 4 golden comet girls - Sunny, Rainbow, Gem and Elli, the last two got to split 'gemelli' (Italian for twins) because we couldn't tell them apart before they feathered out. We also have two straight run barred rocks, Me is apparently a roo and Phoebe-Phee is not =) 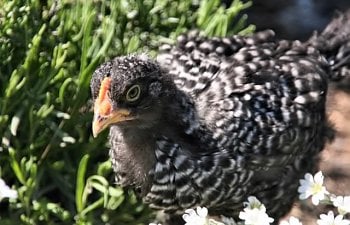 Phoebe @ 1 month old in the lavender/snow-in-summer flower bed.
This is their coop, it's 5x4 with a 4x1 external nestbox, and it's raised up about 28 inches off the ground. High enough to give the chicks a covered space, and to get a wheelbarrow under it when it's time to clean it out, and still a comfortable height for me to reach inside.
The blueprints: 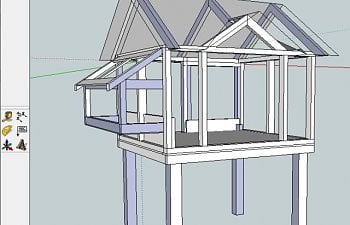 The chicks got to move in while the coop was still under construction in May. They had their heat light in there for a couple of weeks and were warm and cozy during the late frost nights we had. 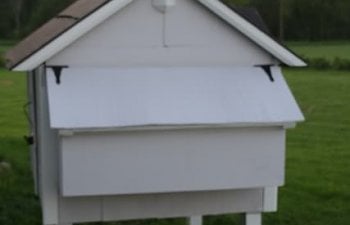 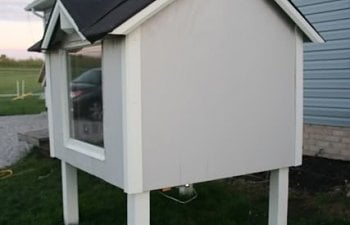 The gable side is done, the front still needs a trim piece over the window, and maybe a grille and window box for the window to pretty it up. 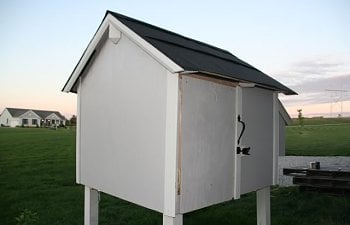 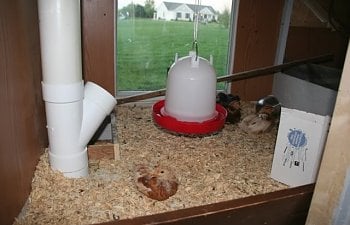 Here's a photo of their PVC gravity feeder, I found the idea for it in the feeding section of the BYC forum and I LOVE it! It holds about a weeks worth of feed. Behind the feeder is the trap door, surrounded by boards to keep the shavings in. The door acts as a ramp and it only goes about half way to the ground. I was thinking of adding a platform there at the half way point as a landing pad but the chicks don't seem to need one. They haven't had a problem getting in and out even with the 3" lip surrounding the trap door hole.
The next thing on the agenda was installing the ridge vent (there was already an opening in the roof, the tar paper was covering it) and lay shingles, then a few more trim pieces. 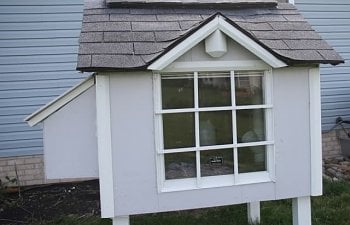 I won't be taking up roofing as a proffession... but who cares about perfect It has shingles! Now we just need to MOVE IT...make a flower box, add a few more trim pieces, and put together 4 picket fence panels!
The chicks are free ranging right now, but a pen will come in handy when we go away for a weekend.
July 6 UPDATE:
It took 4 people to move it the 100 or so feet to its permanent spot, thank you neighbours!
Once there it was time to install the picket fence panels, peel back the surrounding sod and put down a welded wire apron, bend the welded wire to line the picket fence and bend it again to cover the small pen. Many blisters later this is the end result: 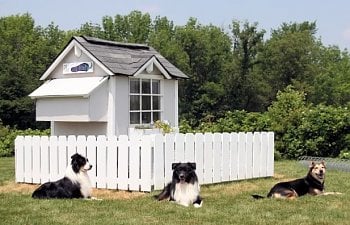 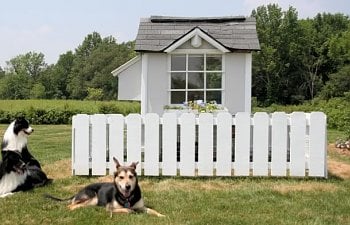 The sod covering the welded wire apron needs water like crazy, it wasn't happy being ripped up in July.

Here's the flock foraging in the rugosa hedge, they're about 11 weeks old in these photos. 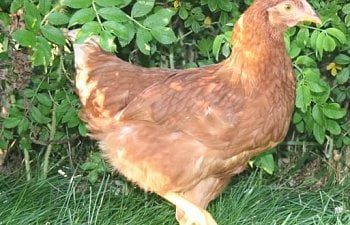 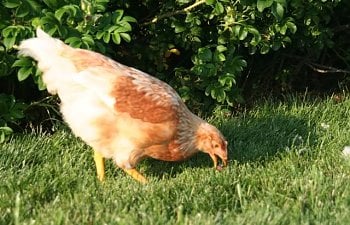 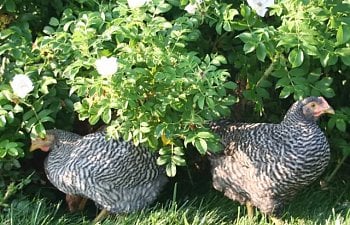 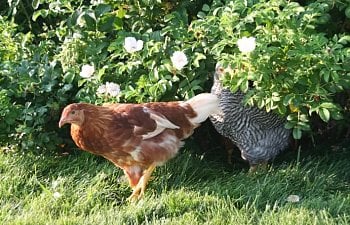 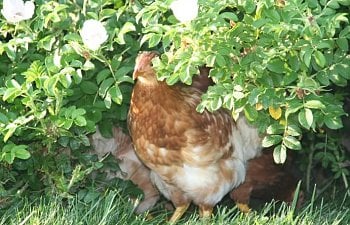