Is it a rooster? Some simple signs 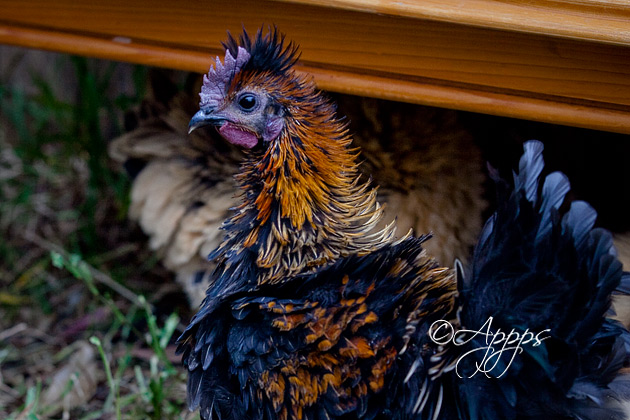 I find myself posting these photos quite often which is a pain from my phone so thought Id put them on a page to make it easy for me to link to when explaining the signs of a rooster.

This is our little guy Ed (black one). He is a frizzle crossed with a silkie. So technically a sizzle but just pet quality.
5-6 WEEKS OLD THis was his first appearance on BYC and that was to ask for gender ideas. At this point he was voted a Girl

8-10 WEEKS OLD
He kept growing and his next appearance he was still being voted a girl. Not a lot changed in this 4 week period. 12 WEEKS OLD
But then puberty hit and we started to see the firs signs of changes. The good thing about Ed is that he has some Partridge Silkie in him somewhere and the Partridge colour can be used to sex them. It makes it really easy to see what you should be looking for as signs of a rooster. Everything Gold is indicative of a rooster, it just wont be stand out so dramatically on a non partridge bird without the gold. YOUR ROOSTERS FEATHERS WILL MORE THAN LIKELY BE THE SAME COLOR AS THE REST OF HIM, NOT GOLD, BUT THEY WILL BE IN THE SAME PLACES AND BE THE SAME SHAPE. BECAUSE HE HAS SOME FRIZZLE IN HIM THEY ALSO SIT OUT A LITTLE INSTEAD OF FLAT SO ITS EASIER TO SEE THEM IN THE PHOTOS. WITHOUT THE FRIZZLE THE FEATHERS WILL LAY FLAT ON YOUR BIRD LIKE A REGULAR FEATHER WOULD BUT AGAIN THE SHAPE AND LENGTH WILL BE THE SAME.

Note how some gold feathers are starting to come in on the neck. They are a skinnier and longer feather than the rest of the feathers and they will come to more of a point where a hens feathers tend to have a more rounded end. This was the start of his Rooster plumage. The comb and wattles are now also starting to show some red coloring. 14 WEEKS OLD
The male feathers are now coming in thick and fast. See how they are coming through longer on the neck. Everything Gold is Male in this example. Note the tail also, longer and more upright feathers are starting to show. The stance has also gone much more upright.
The comb is also growing now though the wattles have only turned red but not increased much.

At 14 weeks old we also heard for the first time the sound of a strangled attempt at crowing coming from the coop. 16 WEEKS OLD
The comb has continued to grow and in our sizzle example so has his head feathers. The tail is much more noticably erect and the thinner gold male feathers are becoming more and more obvious on both his neck and back. 20 WEEKS OLD
All the back and neck feathers are in now and its very obvious that they are a different shape, longer and narrower than a regular feather.
Both the comb and wattles are now larger and redder. Everything about the way he stands screams rooster

As I sometimes see it asked I will aslo mention that at this point there really was nothing going on with the spurs. They really dont start to develop until much later, up to even 12 months of age, and hens will also have spur buds or even small spurs, so they cant be used to sex a rooster. if you look towards the back just before his tail feathers you can also just see some longer thin feathers much like his neck feathers that are hanging down the side just where the upright tail feathers begin (they look a slightly softer yellow here). These are also typical rooster feathers you should be looking for.
MATURITY - APPROX 8 MONTHS OLD Now remember the gold is a sign on a Partridge bird only, you wont get that colour nescesarrily on yours, but its great for pointing out exactly where you are supposed to be looking for those longer male feathers. His curl in his feathers makes them a bit easier to see too

well written good info
Well written Article!
I enjoyed your article regarding key traits to look for to help identify a rooster. I like that you repeatedly pointed out that the gold color would NOT necessarily be present in another persons' chicken ( unless theirs was a partridge also).
I noticed that you did not talk about leg size ( thickness of legs). Is this because you don't believe this to be a rooster trait for all/most chicken breeds?

appps
No, to be honest it’s just because I’d not heard of that for sexing.
Read more…

Ed is one of the nicest looking roosters I have ever seen! I want a sizzle rooster (lol)!
You must log in or register to reply here.