Leave a rating
2007, 2008, 2009
Daydreams of chickens waddling around behind me in the garden, eating grubs and turning them into delicious eggs. Also, eating the scorpion problem around here.
12/02/2009
After talking about wanting chickens for a few years, my handy friends chipped in and built me a coop for my birthday. It seems I am now committed 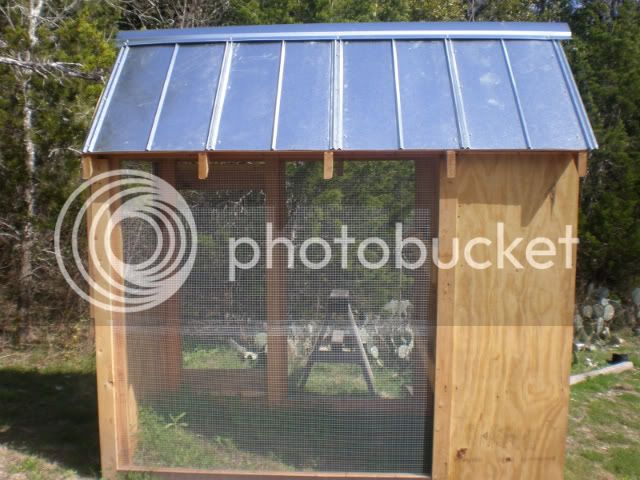 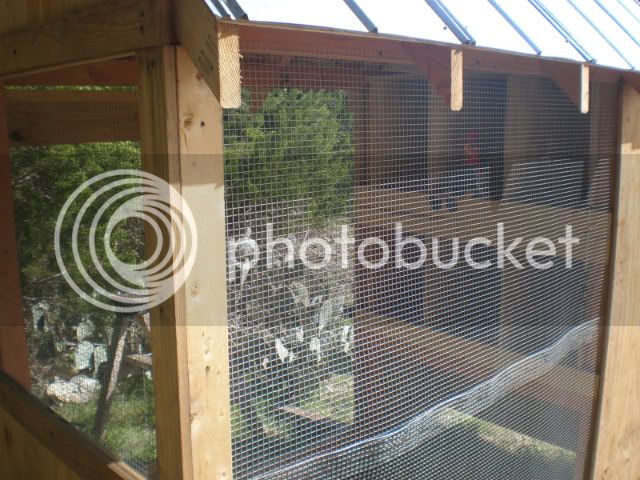 6/28/10
The biggest coyote I have seen yet snatched one of my Barred Rocks. They are getting entirely too brave and do not mind humans one bit. THEY GOTTA GO!
7/6/10
Well, I am down to 7.
3 Australorps
1 Jersey Giant
1 Partridge Cochin
1 Buff Orpington
1 Barred Rock
The coyotes here have just ruled out the possibility of free ranging, as they are in the yard in broad daylight! Oh well. Our very brave and stoic 15lb dog, Shoeshine, has been constantly on alert, even though the chickies are locked away at all times now. He got into a big fight with a large coyote, and luckily, I just happened to be outside. I went running and screaming towards the brawl. That coyote was trying to take him away, but let go when I got 10ft away. So a trip to the vet and a banged up little dog have made me consider the purchase of a 22LR. But, defense first.
All this past weekend we set posts around the coop to make them a maximum security chicken prison yard. It's a nice size and in shade, so hopefully they won't mind. I have made some adjustments to the coop as well. It's a slow process but steadily moving forward. We will aquire a rooster too, so that I can have a nice alarm when predators enter the yard. I thought we would end up with a roo in our chicks, but all girls. Hopefully we won't need the alarm, because the chickens will be secured really nicely.
7/10/10
My husband and oldest son presented me with a teeny egg on a taper candle holder on the dining table. 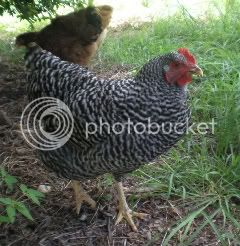 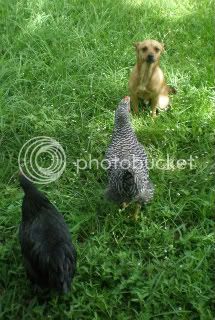 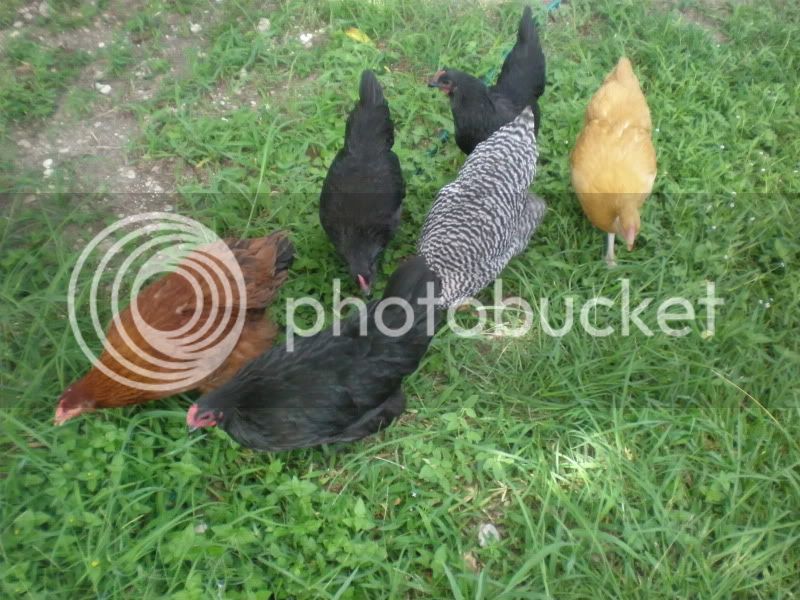 7/16/10
We aquired a 20 week old rooster named Bubbie (Bubbilicious) who is just a sweetie! He is quarantined for the time being, which he does not feel happy about, but it will be over soon. We also discovered after trying to wench the fencing that the posts were not deep enough. We had to completely start from scratch, concrete and all. My husband took two days off to keep me from losing it and did such a fine job! Now they are 2 feet deep, so they better not move.
7/18/10
The fencing is finally done. The only good part about doing it over, other than I will never have to worry about it falling down, is that I was able to save a gate from an ancient (100 yrs?) stable that was being torn down to use as the entrance to the run. Looks real nice and the gate has a new life. What a project this has turned out to be...darn coyotes making everything so difficult!