When I first got chickens in 2018, I purchased a walk-in wooden 6x4 amish coop. Within a few months I wanted more chickens so I added another 8x4. With the addition, I have a total of 56 square feet. I designed the addition so that it had another door on the opposite side for access. I also wanted two additional ramps in case I ever wanted to divide the coop in two, or in three. In other words, I wanted to leave myself with various options for different pens. I currently have the coop and run divided down the middle.

There are nest boxes and roosting bars on both sides of the coop.

The first winter I had a big problem with ventilation. The following spring I added an 18x24 gable vent, which helped tremendously the following winter.

Another improvement I made was adding vinyl flooring. Even though I had stained the wood flooring, I could tell after the second year the wood was going to deteriorate quickly. 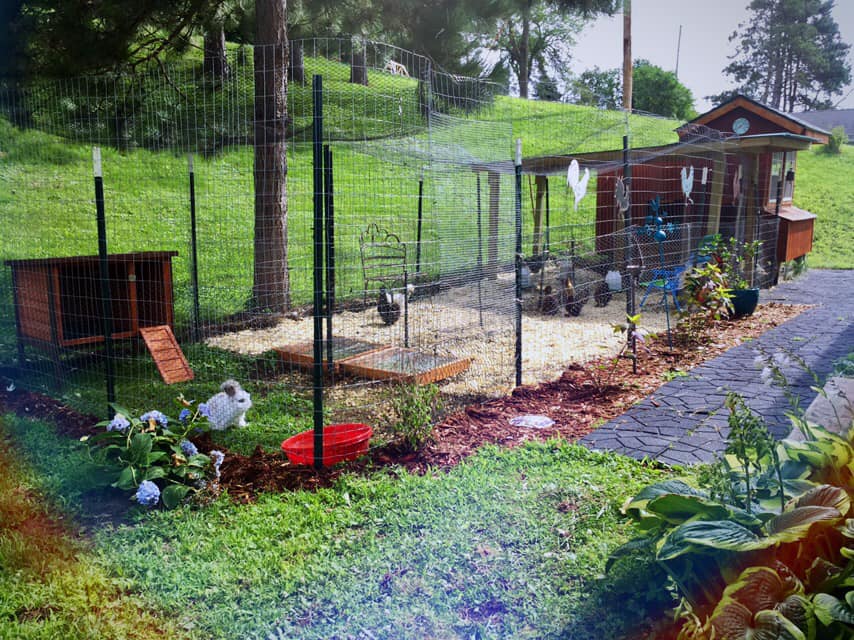 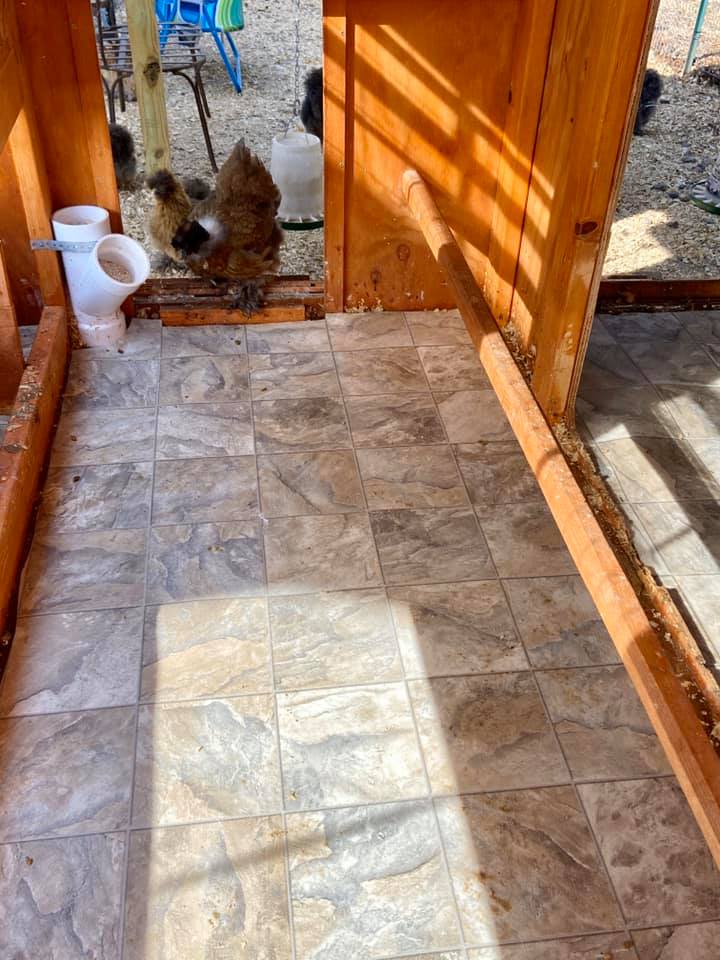 My run is basically 6' welded wire fencing and metal posts zip-tied together. The fencing is buried 6 inches into the ground. The entire run area is covered in bird netting. I have to watch the netting closely when it snows, and knock down any accumulating snow otherwise it will collapse. It's inconvenient, but I'd rather do that than risk losing chickens to flying predators. The run size is 20 x 10 (200 square feet). In the winter time when it snows, my chickens will not set foot in the snow. To allow them more room, I open the area under the coop giving them an additional 56 square feet outside. There is also a roof over 5x10 of the run which is quite helpful in the winter months too.

I lock my chicken in the coop every night, and haven't lost a single one to predators. 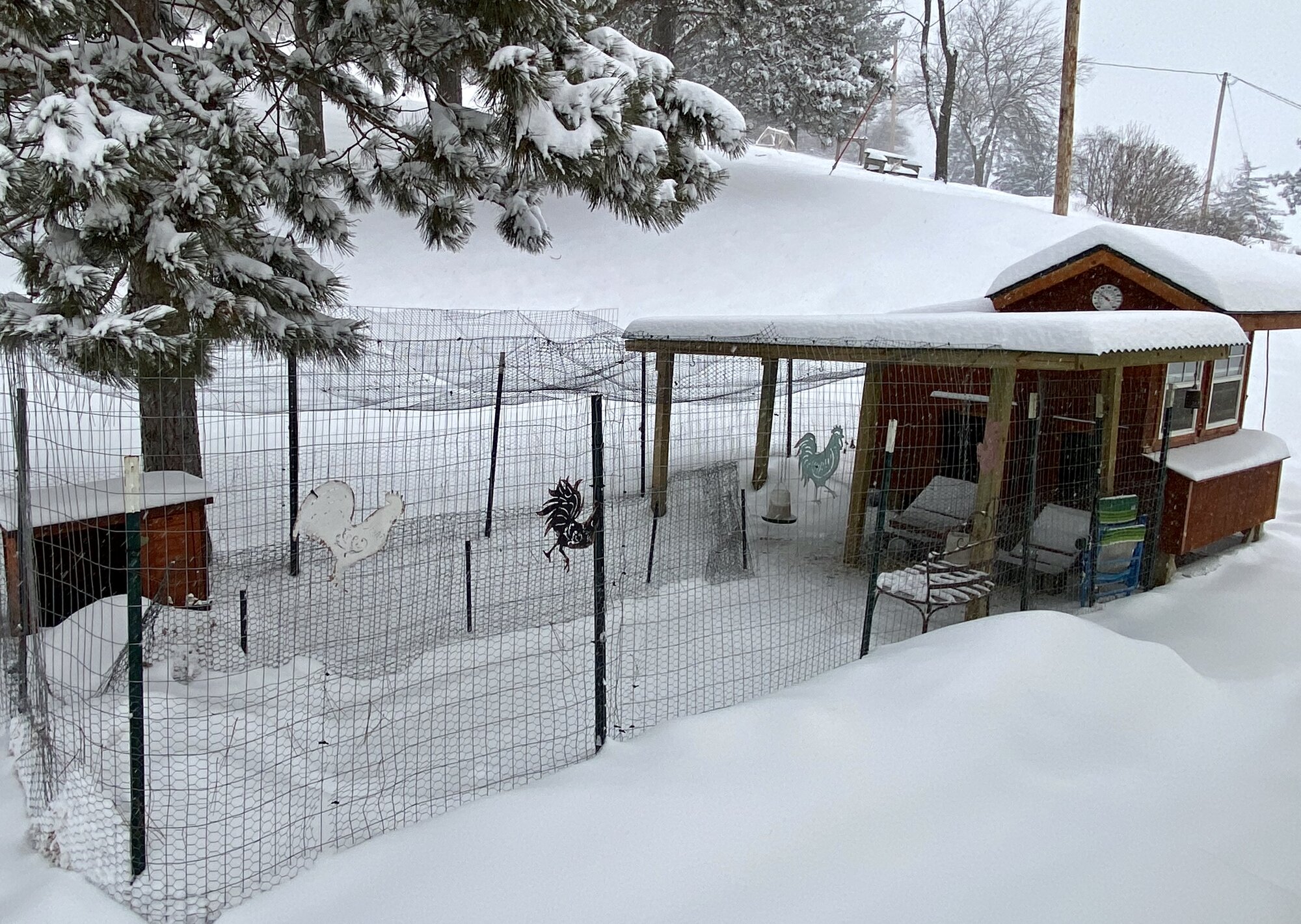 I built feeders out of PVC and use them for oyster shell, grit and for feed. They are the prefect space savers for a small coop. I have feeders inside and outside the coop. The water is outside the coop except in the winter I bring it inside (since they refuse to leave the coop when it's cold/snowing). 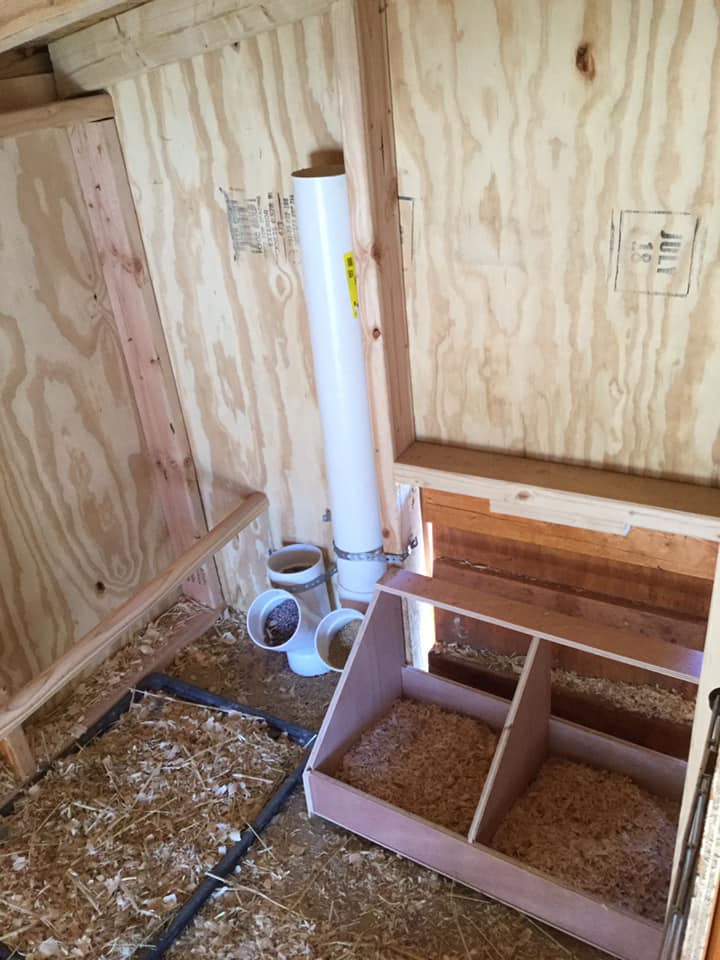 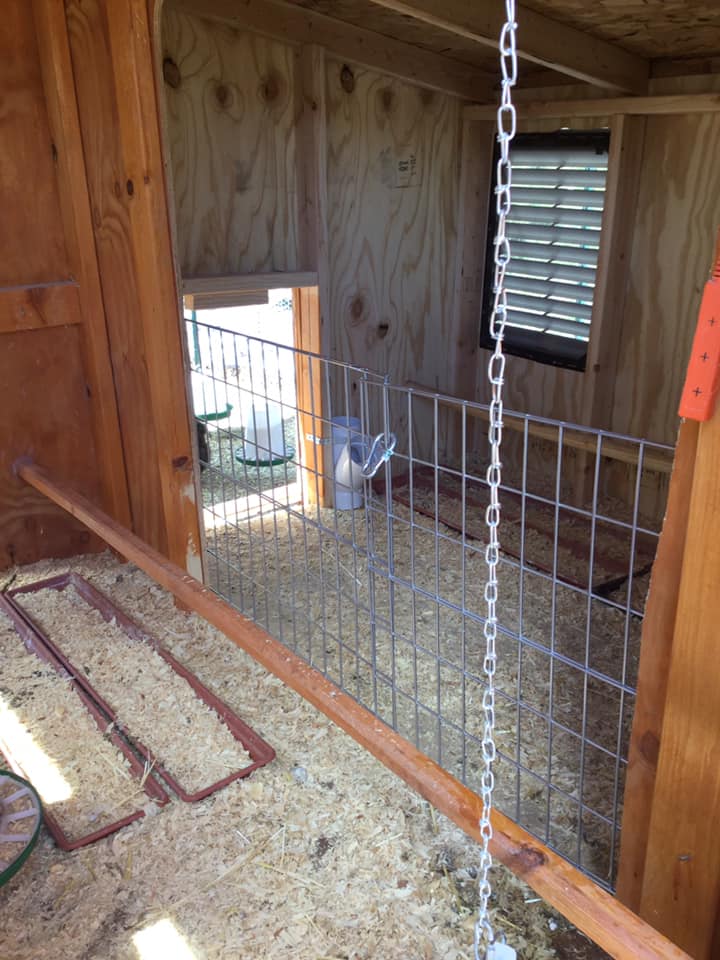 I built grazing boxes for the run and the chickens LOVE it. I bought precut 2x4s and stapled hardware cloth to them. Just add grass seed and water and in a few weeks the chickens will enjoy fresh grass without killing it. 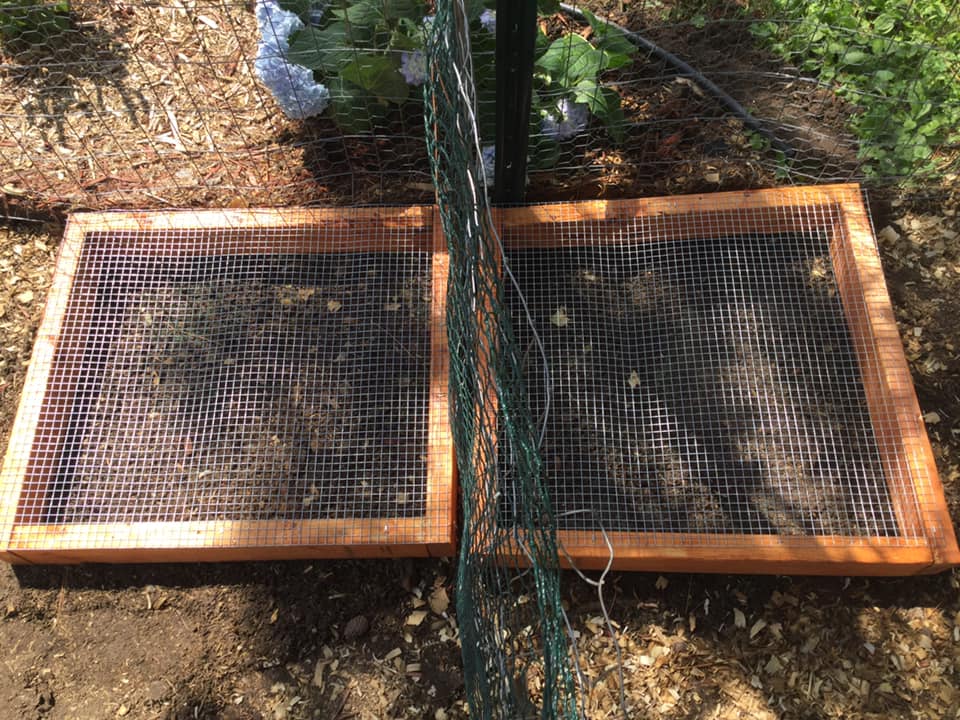 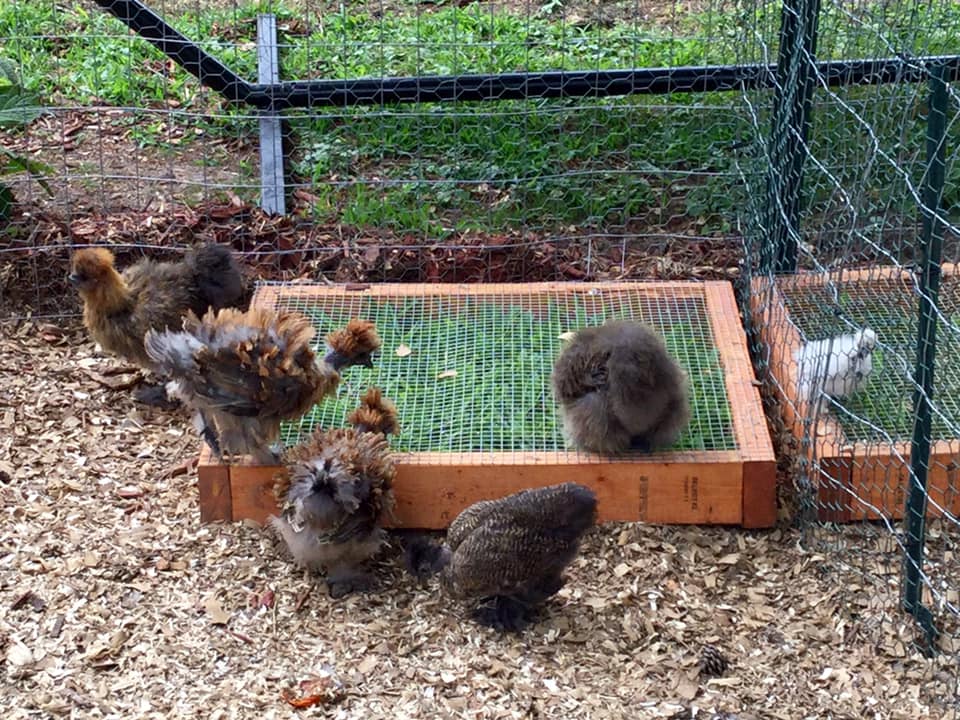 My coop and run I consider a work-in-progress. I have issues with wild birds eating a lot of the chicken feed and spreading disease. I would love to have a run built with wood posts with hardware cloth stapled to it to keep the birds out.
Reactions: cooingdove, Waves, LaFemmeKatia and 10 others

Wow, so pretty! Love it!

Awesome, and I love the feeder idea!
I like the way you are thinking ahead and making your coop design flexible. Also looks neat and clean and extra points for no predator issues!
Great Article. I love the flooring the you used. Lots of great pics as well
I am particularly interested in the PVC feeders ( less mess and space-efficient). I also like the idea of the grazing boxes for inside the run!
It is so pretty!

Your coop looks predator proof and the article is very good!

Waves said:
It is so pretty!

Your coop looks predator proof and the article is very good!

I haven’t lost one in three years since I started.

Matilda Belle said:
I haven’t lost one in three years since I started.

So how has your coop held up over the past year? Any changes or updates? Any new plans?

alwaystj9 said:
So how has your coop held up over the past year? Any changes or updates? Any new plans?
Click to expand...

Everything has held up great. I haven’t made any changes in the past year. New plans - when I get money - I really want a nicer run that is wild bird proof. Wood posts and hardware cloth would look nice and help with my wild bird problem. Some day!!