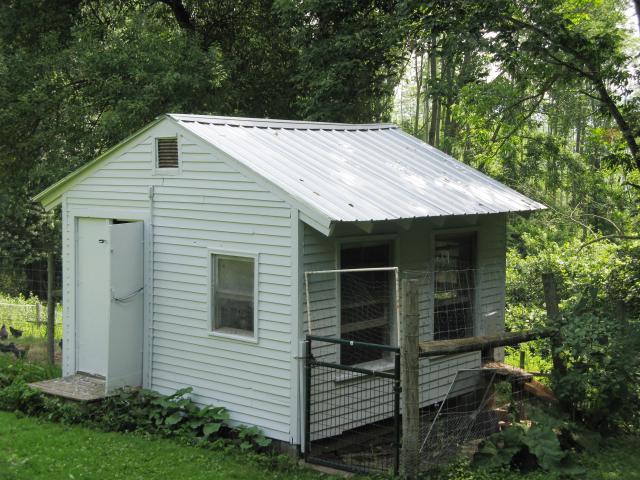 Can't really see how it's laid out inside. Would like to see more and more about how it was built.
I would have like to see how and what you did to improve the building. And how you turned the inside into a coop.
Overall, the coop and run look nice. However, a few things that I would improve would be the run, which could use some fencing reinforcement, and the coop which would use some more ventilation.

woodmort
Actually the windows provide more than enough ventilation. and are pretty much left open year-round. Since there is a insulated ceiling over the interior rooms that vent in the roof (there is one in the back) doesn't come into play as far as inside ventilation is concerned. Also all rooms are open with just hardware cloth walls so the air moves in all 4 directions--there are windows on the opposite side as well.
As far as the fencing, I just reinforced the whole run with 2 X 4 welded wire up to 6 feet high. I actually never had problems with predators getting through it, just young birds getting out through the holes.
Read more…

FYI--I built this with the idea that it could be expanded so this summer's project is to add an 8 X 8 room to the opposite side, I'll post pictures when done.