Article Gallery
Leave a rating
Biddys in My BackYard​ 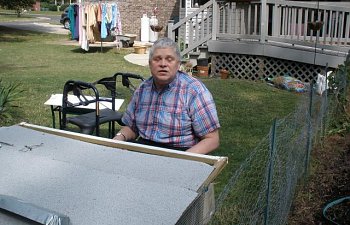 My brother Gary is a special needs man who loves working with his hands. He always does the very best he's able to do. He always has a great attitude and cheerful spirit. He's been so excited about helping me build this chicken tractor. Here he is painting the run. More than being a special needs man, he's just plain special. 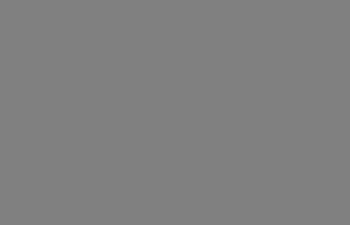 Last week we bought 5 20 week old PBRs. My great uncle raised PBRs on his farm in Maine in the 30's. I've heard rave reviews about this breed and they have all the characteristics I want in a chicken. Productive egg layers, large eggs, calm disposition. They should start laying soon. I think this past week they've been getting used to their new home and surroundings. They seem to be more calm when I open the run and reach my hand inside. I have names picked out but so far, I can't tell them apart. I may have to get little colored ankle bracelets for them. So here are a couple of pictures of our chicken tractor that will probably stay in this position forever. I did put wheels on it, but it is so heavy, I can't lift it far enough off the ground to get it on the wheels. We actually moved it on a moving dolly and hand truck but it was a job to lift it up onto those two dollys. The coop is 3'X4'. The run is 4'X9' with 3' of it extending under the coop. I took a lot of ideas I saw on this forum and other online sources as well. I pretty much had to make everything more than once though as there were many design flaws in my original plan. But all in all, it's not bad for an old lady with no carpentry skills. The run is attached to the front of the coop. The wire frame closest to the coop lifts up to allow access to put food in and open and close the pop door. I built in lots of ventilation with the 2 wire covered "windows" in front, a large wire covered "window on the side and 2 more wire covered "windows" on the back doors. The roof is raised off the frame about 4" but the whole top is covered with wire mesh. I think here in northern Alabama I need to worry more about the heat in summer than the cold in winter. I used 1/4" wire mesh for the coop and 1/2" mesh for the run. I used 3/8" plywood for the walls and roof and 2X2 PTL for the framing because I thought it would be lighter in weight. It's still too heavy for me. I covered the roof and part of the run with tar paper stuff that comes on a roll. It comes in different colors and we chose white. I plan to make some shutters to add over the windows if the need arises but the egg box side faces west and that is where most of our weather comes from. Here is one of our Biddys. I'm very pleased with our little flock. I wasn't expecting this pic to drop in so big. I had to steal this name for my coop. It was just too cute of a name. My 8 year old granddaughter Cala decorated this for me. This shutter was decorated by the 6 year old, Esther. Small but very pretty. Ok. Hopefully the first of many.