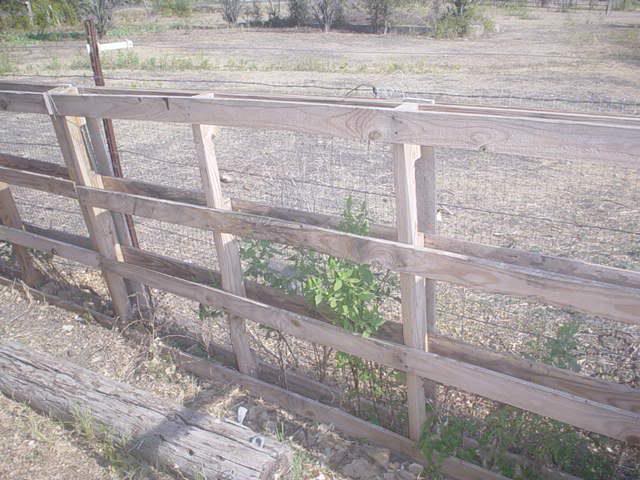 OldGuy43's Page​
2011-11-07
Howdy, thanks for dropping by and welcome to my page. OldGal and I live on a horse ranch in rural Travis County near Austin, Texas and are new to chicken ranching. It was actually my wife's idea to raise the cluckers, but I thought it was a good idea so here we are. We're not spring chickens ourselves, I'm 68 and my friend, companion, lover and spouse is 10 years younger. We've been together for over 30 wonderful years through good times and bad, and never stopped loving each other.

Anyway, onto the chicken stuff. After all, this is a forum about chickens, right? After making the big decision we went to Callahan's General Store to see what was available. We chose Red Sex-Links because, to be quite honest they were only $10 each and any other breed was $20. What can I say? We aren't wealthy and this was an experiment. I did some research into the breed and found, among other things someone claiming that they would produce between one and two eggs each, per day. Of course this number proved to be wildly optimistic, but we aren't disappointed. Most of the time we're pretty "up" people.

Next came picking a spot for the home of our impending flock. We chose half of our old, abandoned dog pen left over from the time that the yard wasn't fully fenced in. We chose it for a couple of reasons; First, it was already well fenced on three sides with Cyclone fencing. (The fourth side was been pretty beaten up by the horses leaning over it to get at the grass.) Second, the part we planned on using was protected and shaded by the house and a tree.

Of course it fell to me to prepare the last side of the fence and the necessary structures. First came the fence repair and that was no problem. We started with a simple board fence made from 10' long pallets. 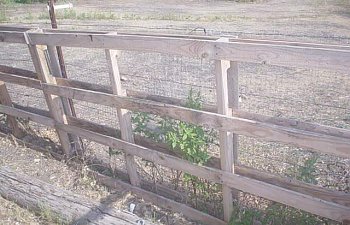 Simple and cheap if you don't have a home owners association to worry about. I than covered that with plastic chicken wire from Wal-Mart. That part didn't work out so well, but that's a topic for later on.

Next came the nesting boxes. The boxes themselves were not problem since we'd agreed that plastic milk crates would work nicely, but building something to support them and keep them off the ground was a project I approached with much trepidation. You see, I was the kid in grade school Industrial Arts class who spent the whole semester getting his sanding block square. Wood has never been kind to me. View attachment 1424313 Anyway, I kinda drew out a plan utilizing wood I had laying around the ranch, mostly pallets and stuff that I picked up alongside the road. It's amazing what you can find like that if you keep your eyes open. Here's the result. 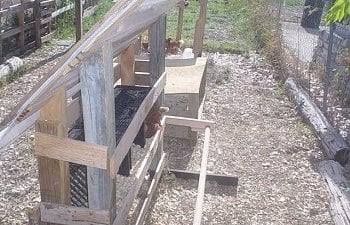 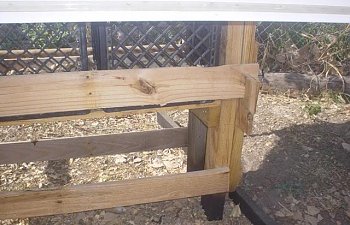 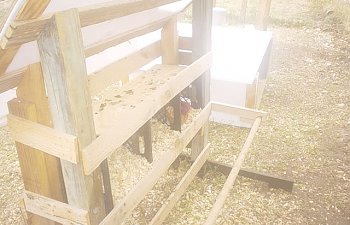 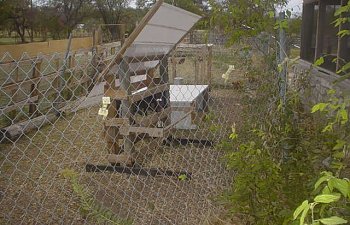 I know it doesn't look like much compared to the lovely things others have built, but I'm just happy when something wooden comes out almost like I planned it and the cluckers seem to like it. The only major change was the roof. My first idea was gluing some boards together and than sealing it. That did not work! Fortunately, about that time we had a big windstorm and I found a piece of material from one of those changeable billboard thingys that you see alongside the road. It made a great roof. The universe provides. even View attachment 1424318

Next up, the cluckers get a new home.​