Article Reviews (4)
Leave a rating
After reading post after post here on BYC regarding PVC feeders, my husband and I decided we could tackle this one on our own.
I went to the hardware store and bought a big section of 4" PVC, a "long sweep" 90 degree elbow, 2 caps, a 1.5" hole saw, silicone caulk, and a role of metal plumbing strap. We already had screws and washers, a miter box saw, and a drill, which were the only other pieces of equipment we needed to make this a reality.
We used the miter box saw to cut a 2 foot section off the pipe for the bottom section, and a 3 foot section for the vertical section. We then used the hole saw to drill 4 holes for the chicks to eat out of, but as soon as we did, we realized how tiny the holes were. We were worried they weren't quite big enough for the chicks. So we drilled another hole right next to the originals, and cleaned up the sides so it was oval shaped instead. We got better at it as we made more holes, and they are perfect now!
We attached everything together and poured the food in, only to discover it just wasn't flowing. It was getting clogged at the 90 degree bend. We shelved the project until the next day when I could get back to the hardware store and buy a 60 degree elbow instead. We vacuumed out the food with our Shop Vac so it wouldn't spill all over when we had to take it all apart.
The next day, once we saw how much of an angle the bottom was going to be with the 60 degree elbow, we decided to shorten the bottom section to about 18" instead of 2 feet. We also drilled an additional hole so there were 5 for them to eat out of.
I wish I had taken pictures of the project in process, but the finished product doesn't really require that much explanation.
Here's what it looks like finished! It holds about 15 pounds of food, which means we can be extra lazy about feeding them 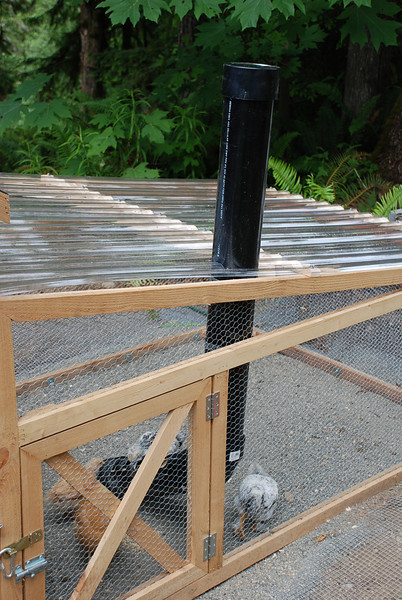 It's attached to the frame of the run with the metal plumbing strap, using washers and screws. 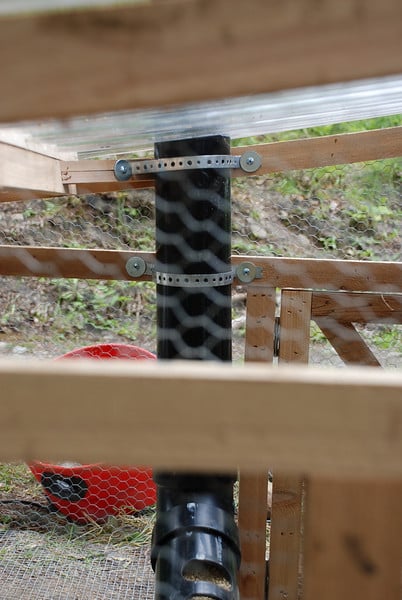 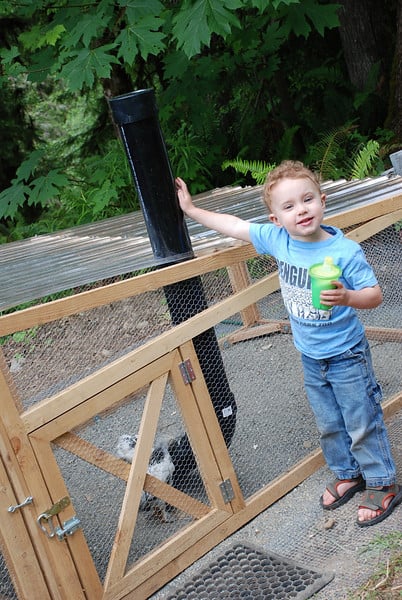 We had to cut a hole in our corrugated roof for the pipe. This was the most nerve-wracking part! 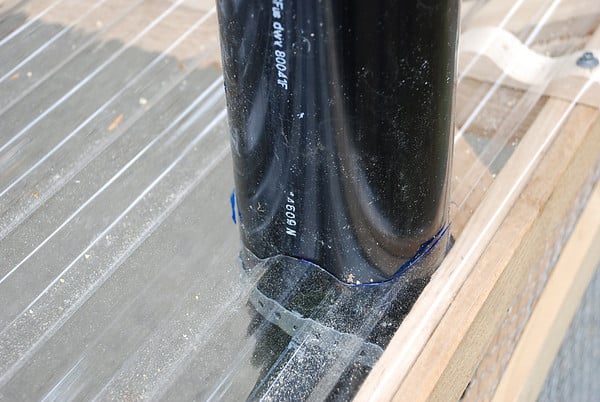 We have the bottom section twisted just slightly so the holes aren't pointed straight up, but when we originally had it twisted more, some food was spilling out of the very top hole. All the chicks can reach even the highest hole so it's just fine this way. 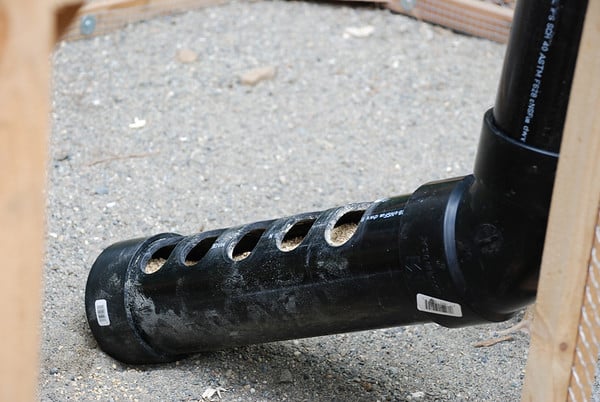 The chicks started eating out of it right away. We are so proud

We are going to eventually use the silicone caulk on the joints at the elbow just to keep it water tight.
Update: The bottom hole was filling VERY full and just them eating out of it was causing a pileup of food on the ground in front of it. We turned it so the holes pointed straight upward since we know they can all reach ok, and it looks like it will work better. We also caulked the top joint of the elbow to avoid rain seeping in.
Reactions: follewagen

It might cause a lot of waste
Read more…