Article Reviews (1) Gallery
Leave a rating
I live in a city, and only have 3 chickens, so my coop is pretty small. I don't have pictures of the building process, but I have photos of the outcome!

First, I made a concrete foundation for my coop because I have a lot of predators and rats in my yard
Then I made wood frames for the sides and stapled chicken wire to the inside of the frames
I put the frames and the door into the concrete when it was mostly dry, but still wet enough that it would stick together. I hammered in nails to reinforce it
Then I built the sleeping area which is a large cube, and the nesting boxes which is a rectangle attached to the sleeping area. The nesting boxes were the hardest to make and it took a while to fit it into the sleeping area
Finally I added roosts, a ladder, and latches 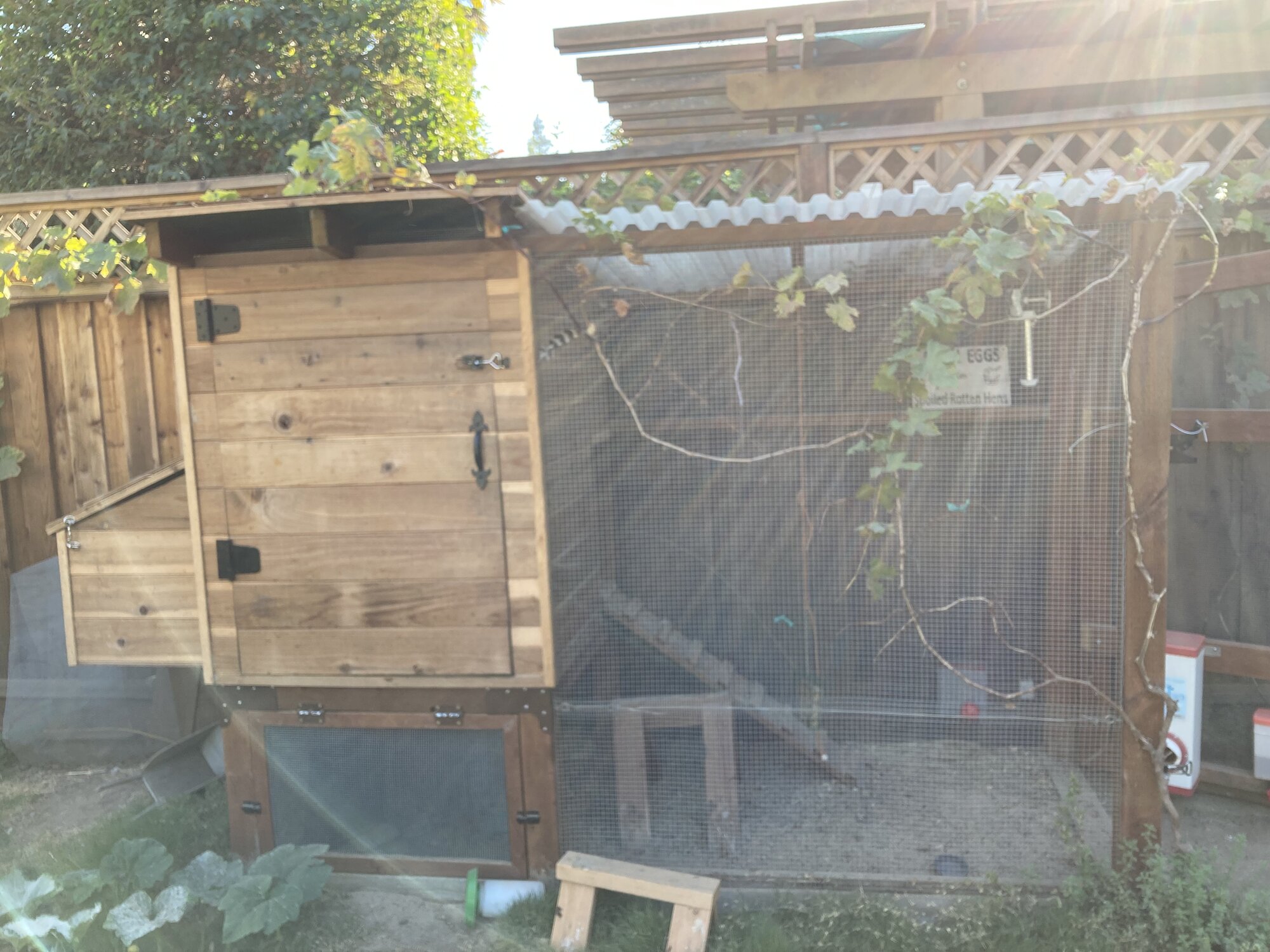 The roof is clear so they get sun but no rain. I grew grapes around it so it looks nice and my girls also get a snack from it. There are herbs around (kind of hard to see) for my girls to eat and so 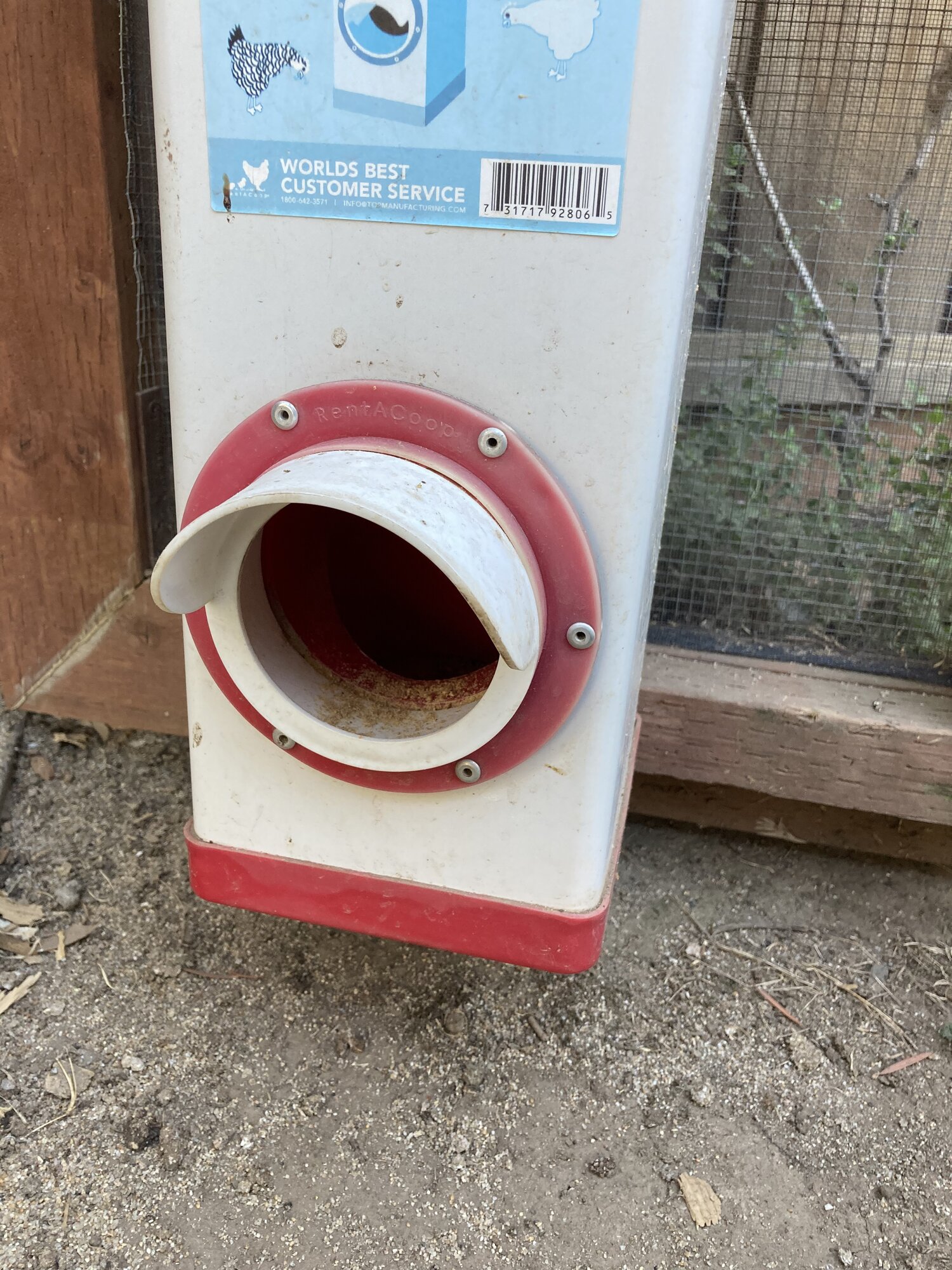 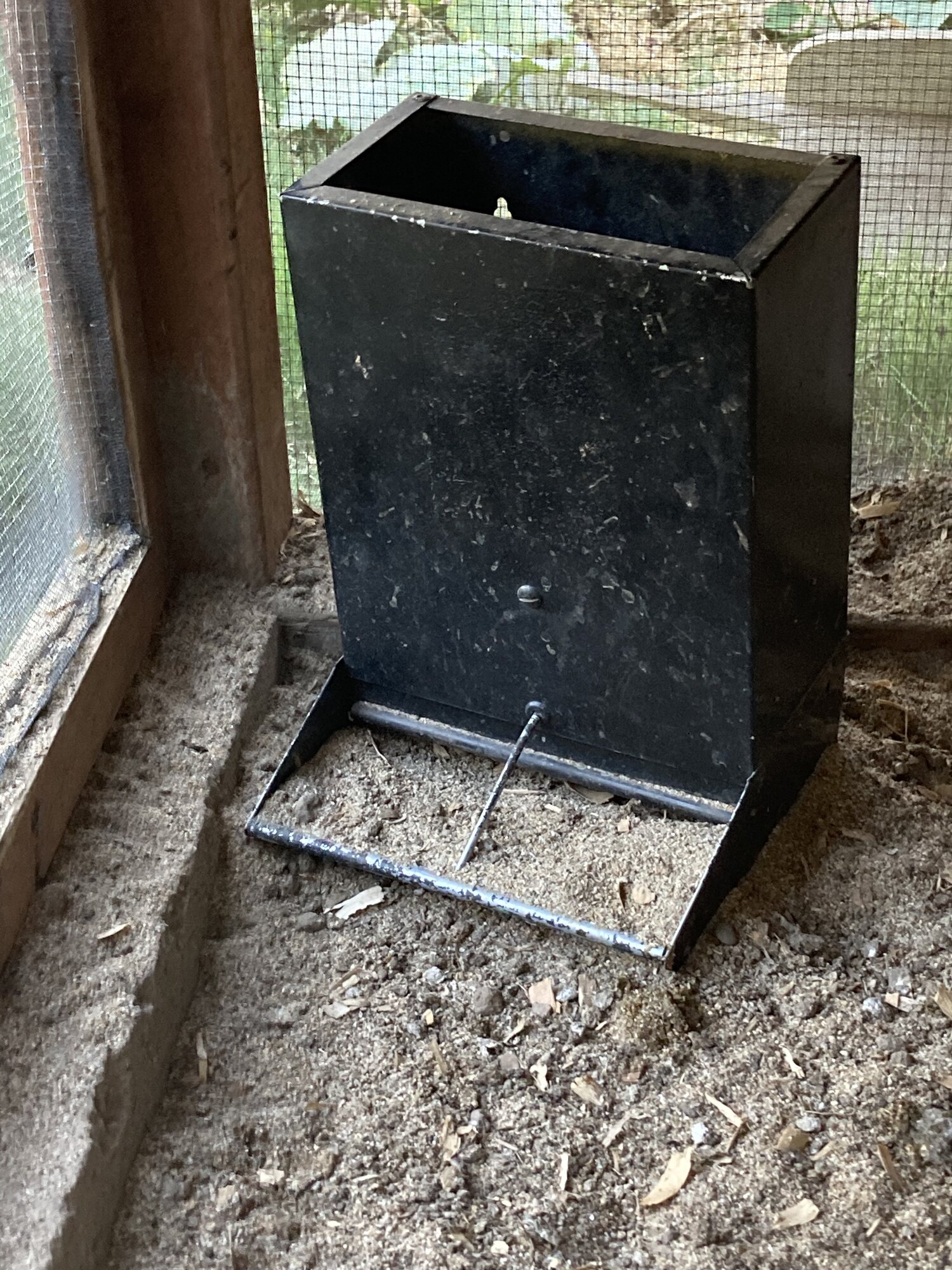 I have two feeders: An upright feeder with a hole to fit a hen's head in, and a big, open one for my crested bird because she can't fit her head in the upright feeder's hole 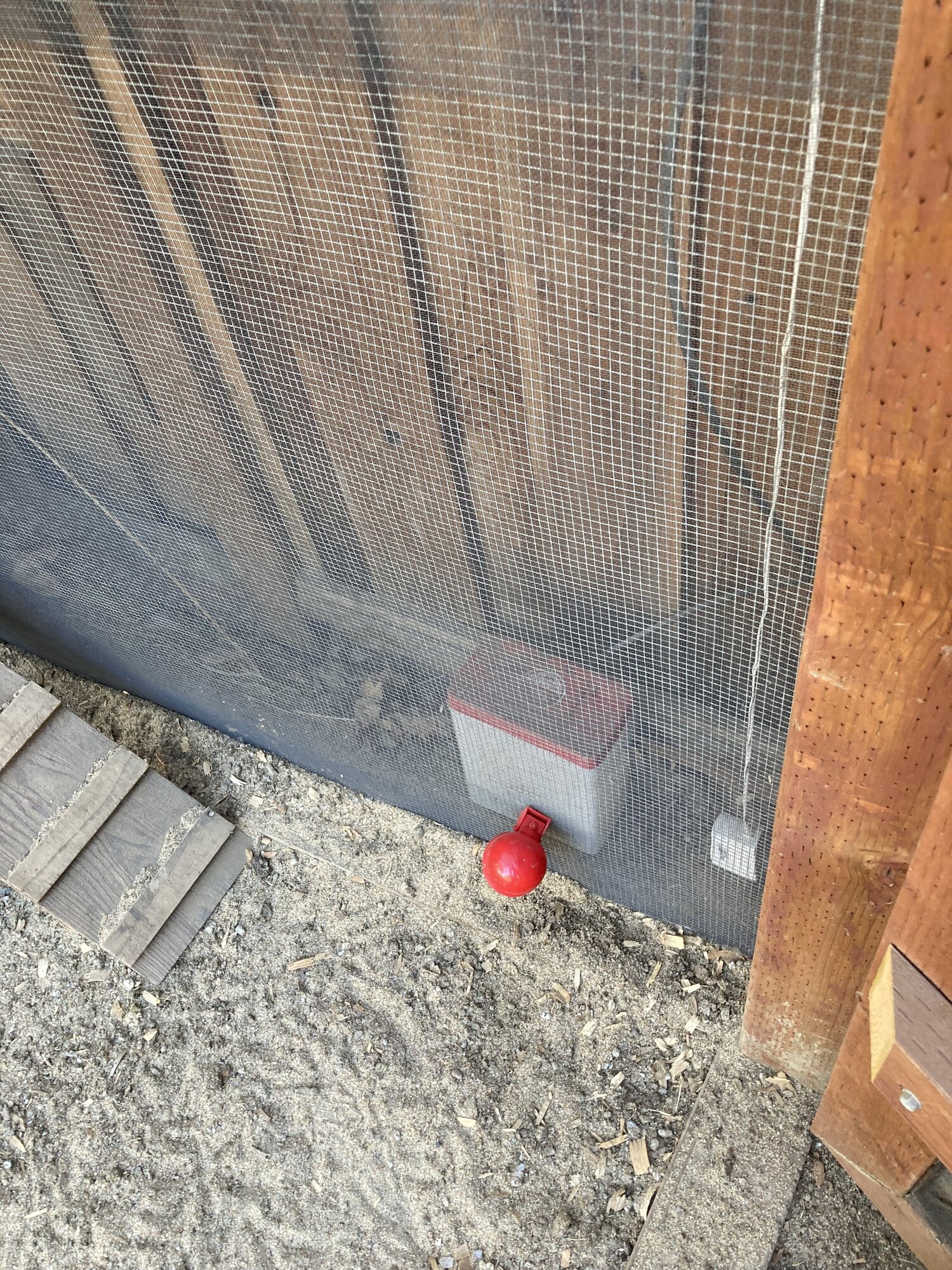 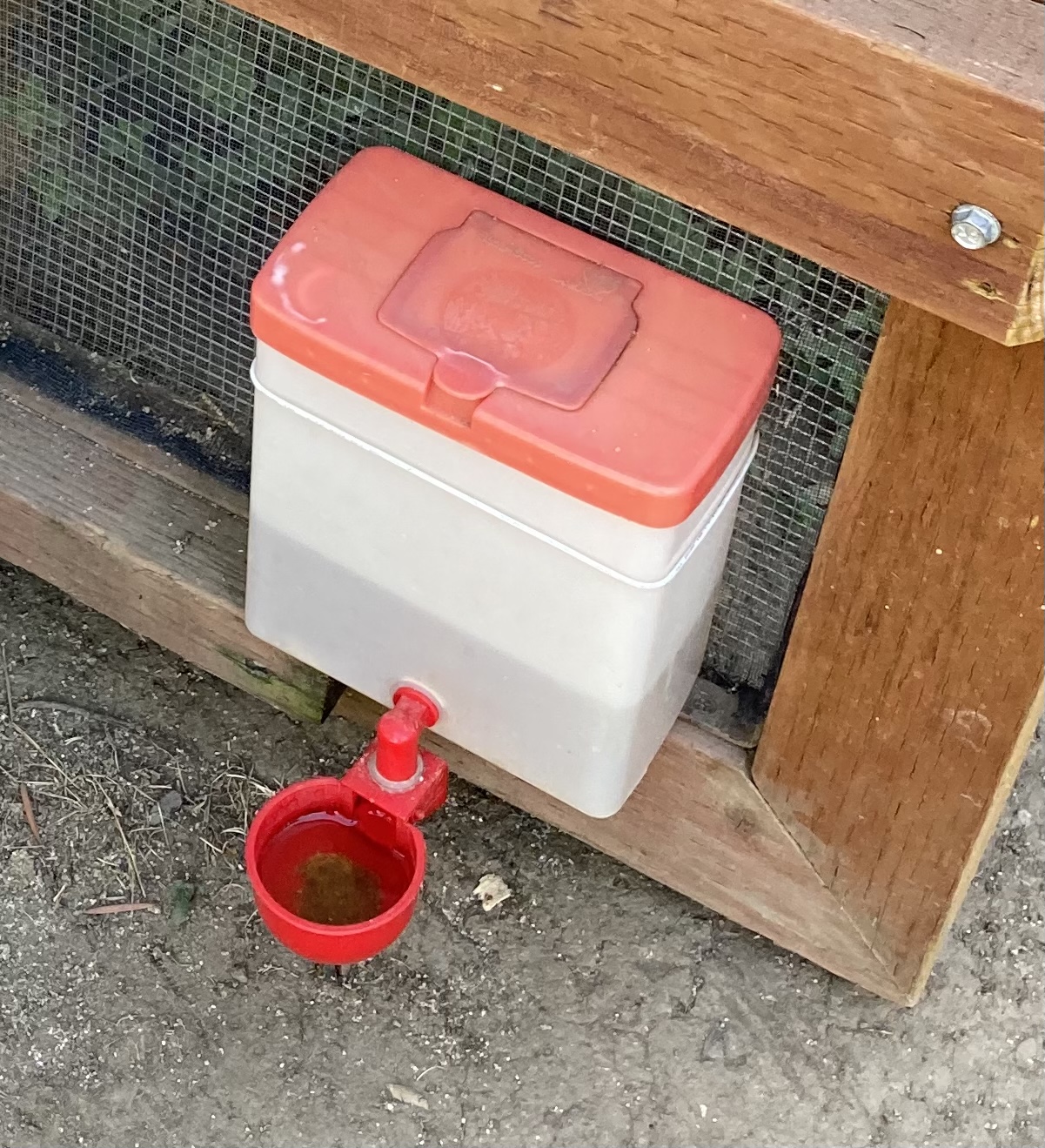 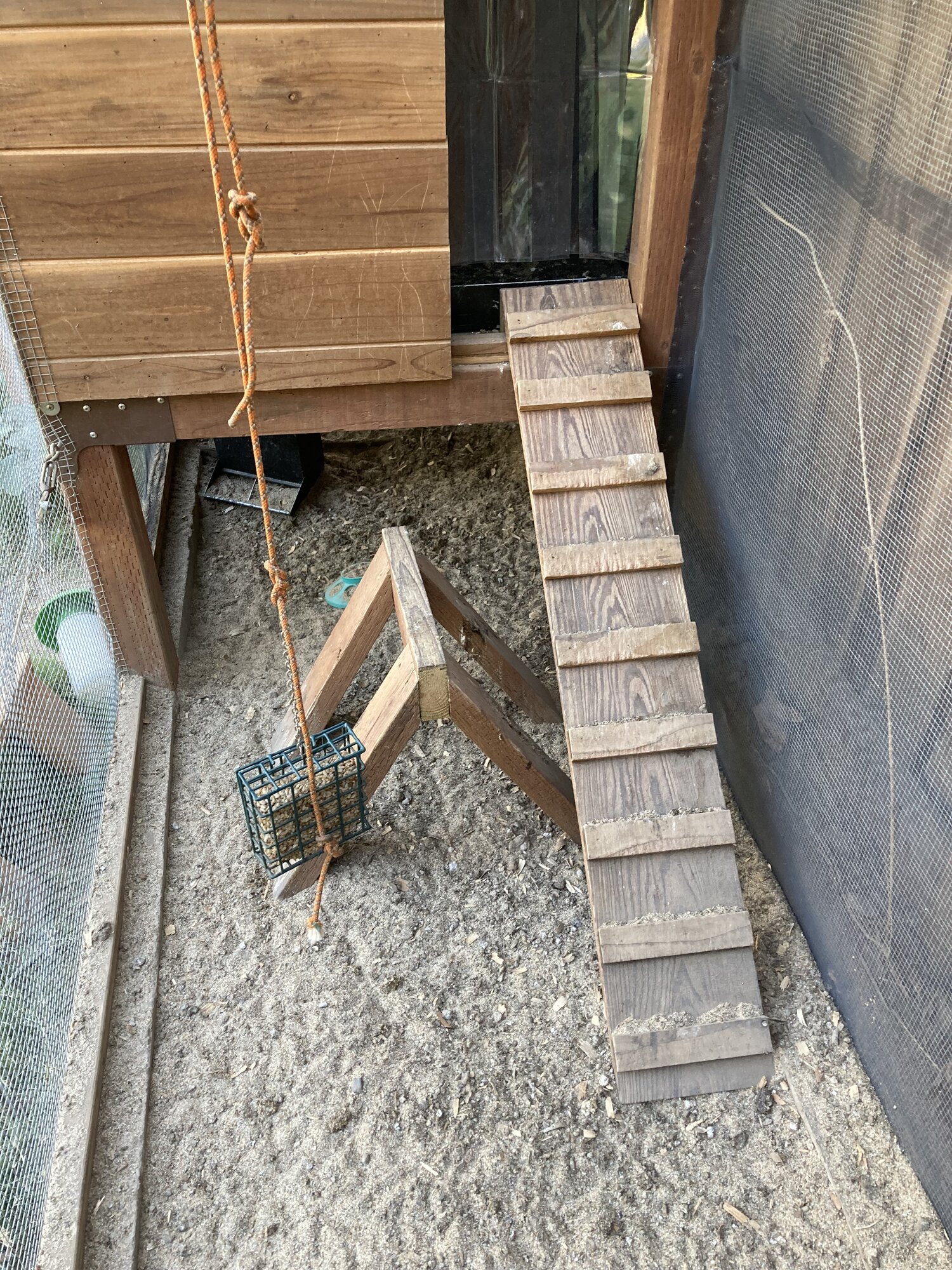 There is a mini roost in the main coop because sometimes my Crèvecœur won't fly up onto the roost. I also have a hanging chicken block made of sunflower seeds and mealworms that swings when my girls peck it, which they enjoy 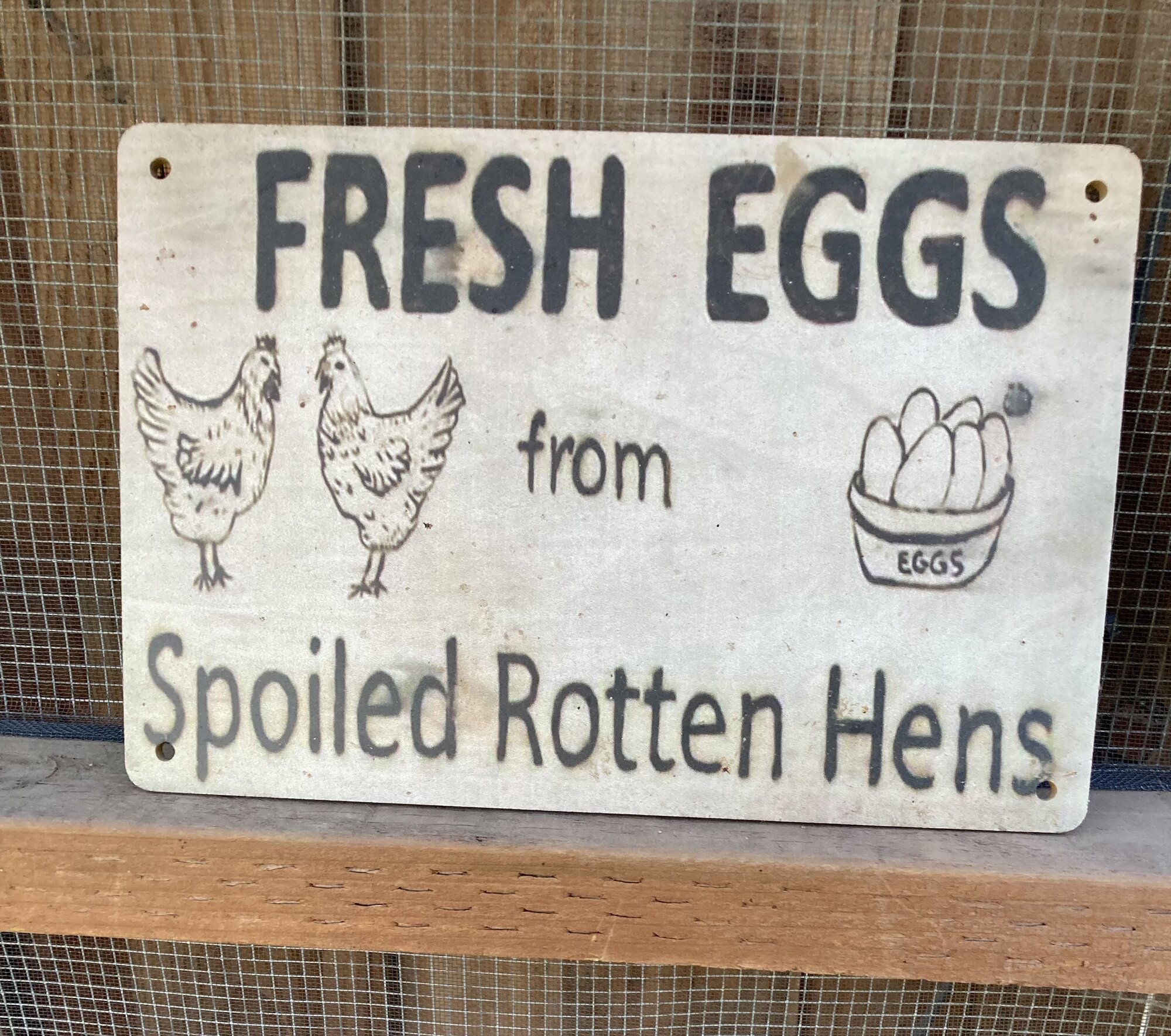 I have a couple chicken signs but they keep falling off

here’s the one that stays. The other sign says I poop breakfast, what’s your super power?

And that’s the coop! Thanks for reading