Leave a rating
As a kid i raised two ducklings with my sister in 2nd grade, my enjoyment with ducks then grew when i
began hatching them. I love how ducks get attatched to you if they think your mum. My duck Piper thinks
hes human as I was the first thing he saw in the new world. He'll always come to me when i call and tries to
show me love and affection by following me around and nibbling on my pants and hair. He's unlike any
hatchery duck ive ever bought. Hatching ducks is unlike buying ducklings.

Piper, the only surviving Grey Runner i hatched... 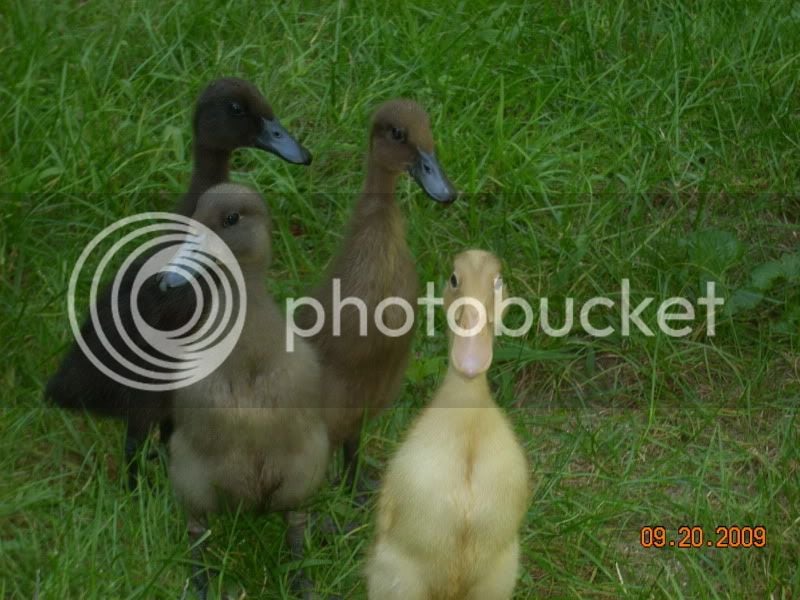 From back to front.. Black Runner is Eve (F), Brown Runner is Elvis (M), Blue Runner is Lacy(RIP 2011 Hawk), and last but not certainly least
Fawn & White Runner is Cricket (F). They were purchased as day olds from Natures Hatchery online. 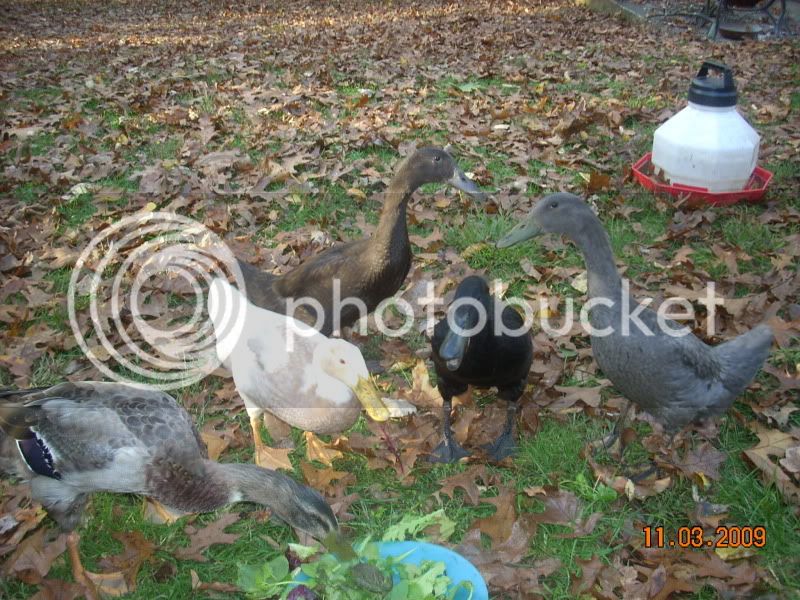 As Adolecents in the fall... Eating a lovely salad grown from a greenhouse i manage. yum 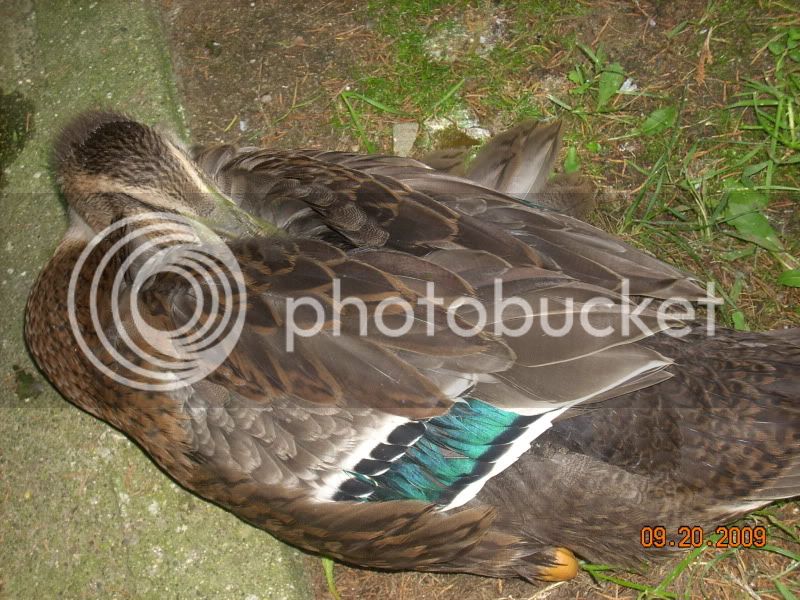 Piper with his lovely eclipse stage of plummage. 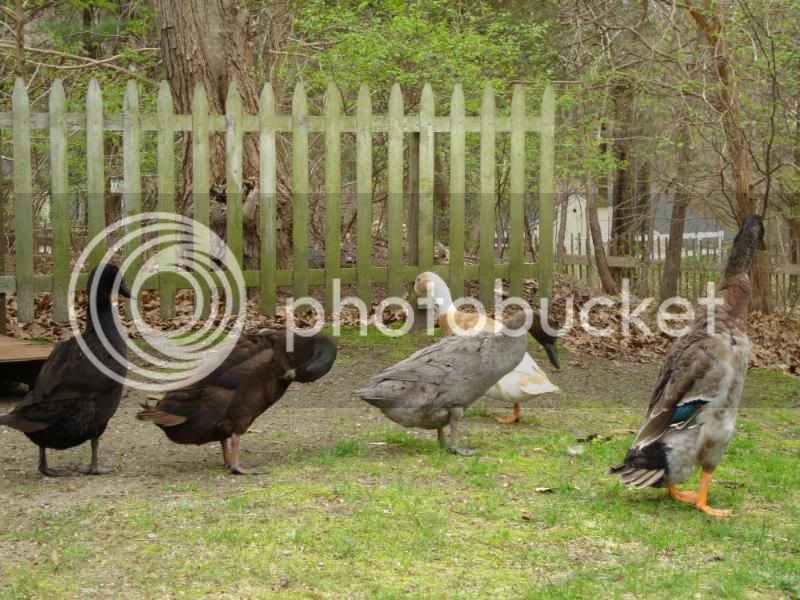 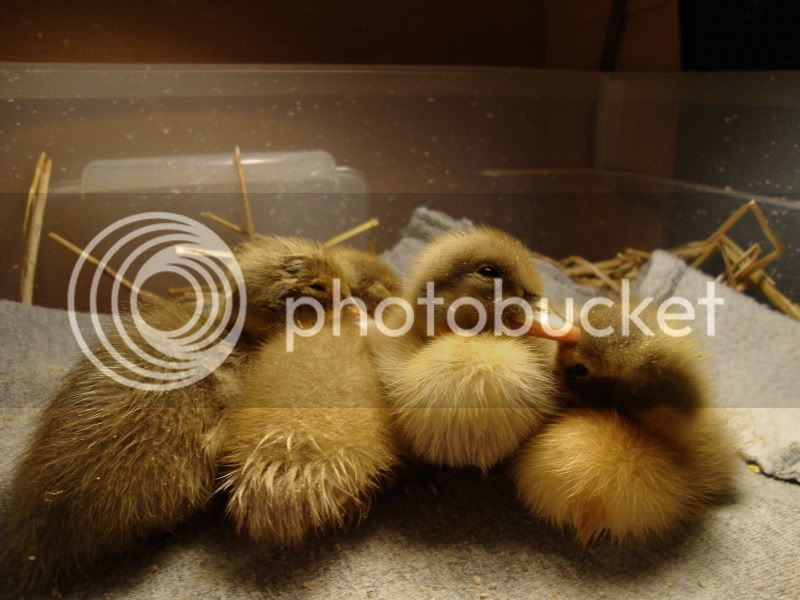 Spring 2010.. First four of six ducklings to hatch.. One doesnt survive.. I beleive it was Eve's duckling as it was the only very dark duckling. (RIP)
F 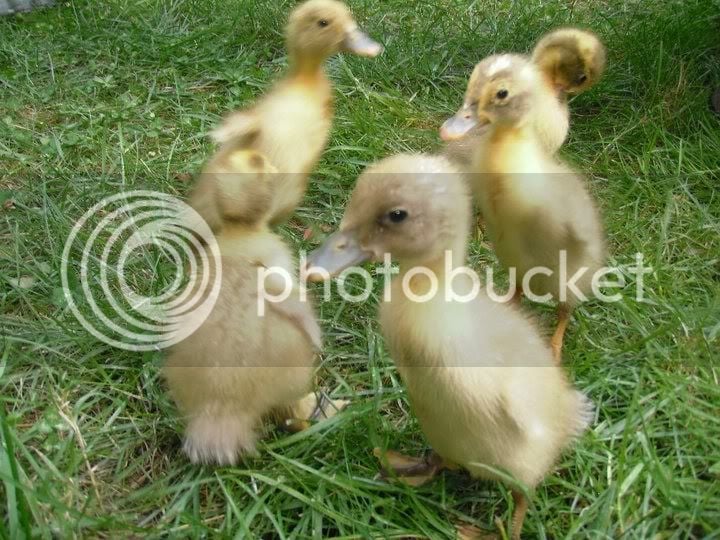 First days out in the free world. 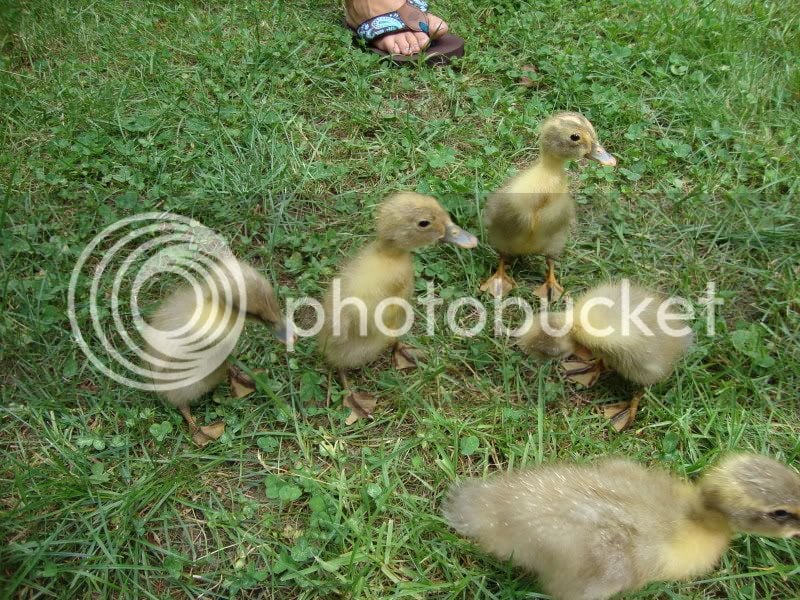 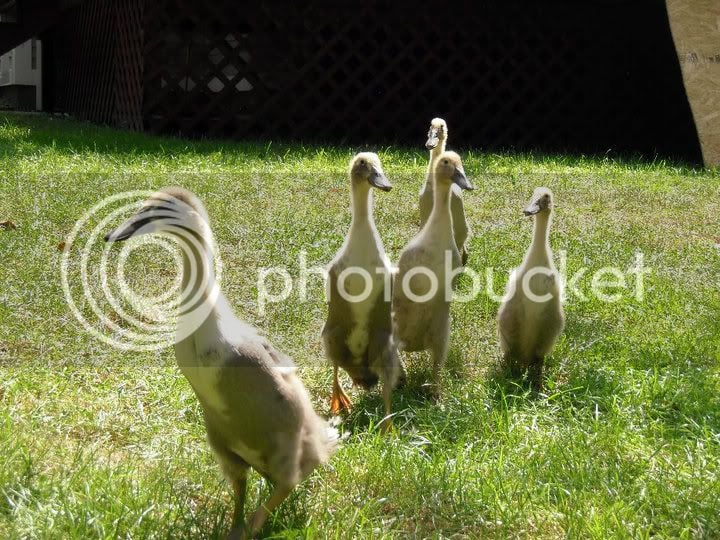 Notice thier cute little white markings on the chests, They are white and a very grey color. 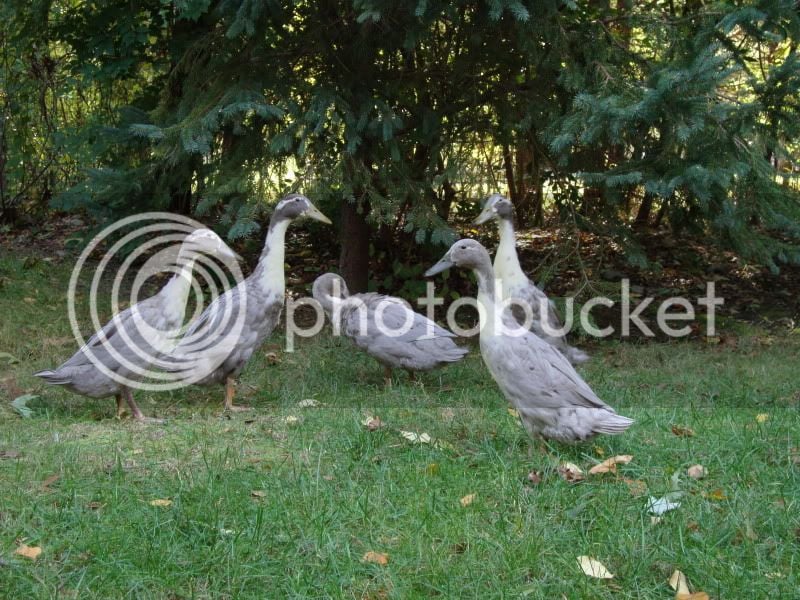 Heres the crew as adolecents.. I gave them away to a lady in Maine who came to pick them up.. There are two boys (the darker faced
ones) and three girls. Im unsure of who the parents are of these guys but my fawn & white Cricket is the one who sat on the eggs and hatched
them out. 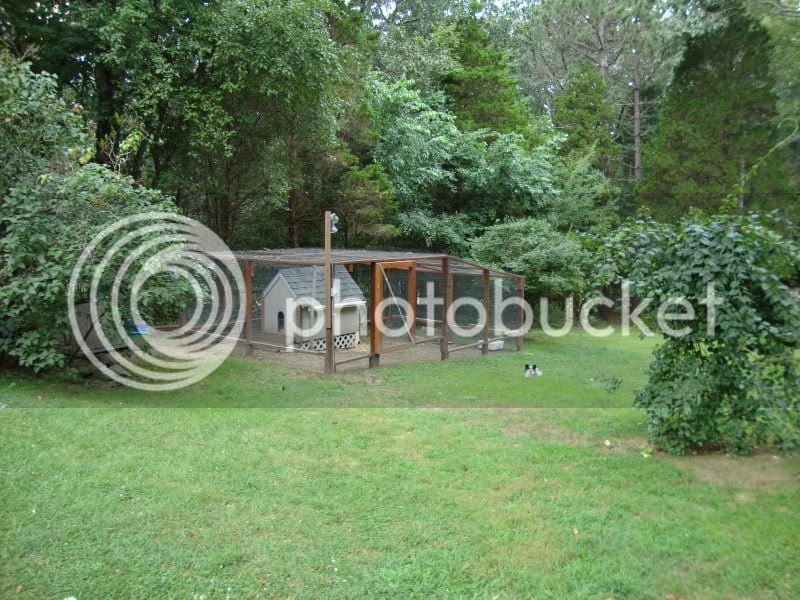 This is my pen, its 22X12 cage for when they arent free-ranging when im home. Its chickenwired on the roof and 12 inches in the soil to prevent
my pen from being ambushed from underneath or above. Cindy my Papillion is laying in the grass as well, awaiting another ball to be thrown.
If your in the Rhode island area and interested in my mixed bunch of runners, and your considering ducklings PM me! thanks.
NOTE: im uninterested in people who are not providing a forever home, raising a duckling to just get rid of it when its older is horrible..
And Ducks (if you didnt know) are extremely social animals so you need more than one!