Leave a rating
In our case it was very clearly the eggs! We have a friend who is a farmer and lent us an incubator and brooder lamp so we could hatch some eggs as a fun project for our children. At this stage we fully intended to hatch the eggs, observe the cute little chicks for a few days and then hand the whole lot back over to the farmer - chicks, incubator - the lot!
Our first attempt didn't work out so well. We had 18 allegedly fertilised eggs but as we were due to be on holiday 3 weeks later we decided to hold off incubating them until we would definitely be around for hatching. We candled the eggs most nights after day 6 but nothing seemed to be happening and some of the eggs started to smell. At about day 24 we decided we were not about to see any chicks hatching out of the remaining eggs so we threw them out and started again. This time we clued ourselves up a bit more about the whole thing and having got another half dozen fertilised eggs from a farm advertsing 'Free range eggs for sale' from the roadside we started again.
This time we religiously turned the eggs three times a day, candled them and saw stuff happening and were a lot more precise with things like keeping the water tray filled and therefore the humidity and temperature right in the incubator. To be honest though I still think we were very lucky to get as good results as we did. By about day 18 one of the eggs was clearly empty when candled so we discarded that one and looked forward to one or two hatches happening soon.
Bang on day 21 3 out of the 5 eggs had cracks and audible cheeping coming from them. Over the course of the day we kept eagerly watching and cracks appeared in the remaining two. Late on day 21 the first chick hatched. Our son witnessed the whole thing and called that chick Freddie. Freddie was noisy and once she'd dried out a little was very cute and fluffy. 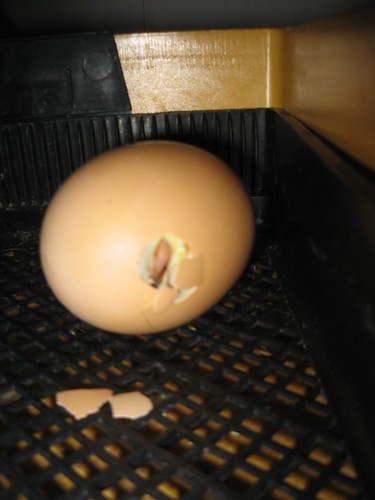 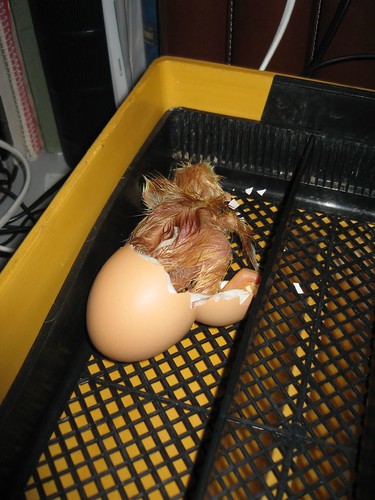 We woke the next morning to find two more chicks had hatched in the night - another yellow one - named Punzel by our daughter and a black chick named Wobble by me. By lunchtime a second black chick had hatched - this one had only one wing and took hours to break out of it's shell but seemed otherwise fine - it was named Feathers by my husband and by mid afternoon we had our fifth chick, a third yellow one hatched out too. We indugled in plenty of chick-worship, stroking and cuddling and as we'd all named a chick each we held a competition between the children's friends to name the fifth chick - Rhonda was the winning entry. 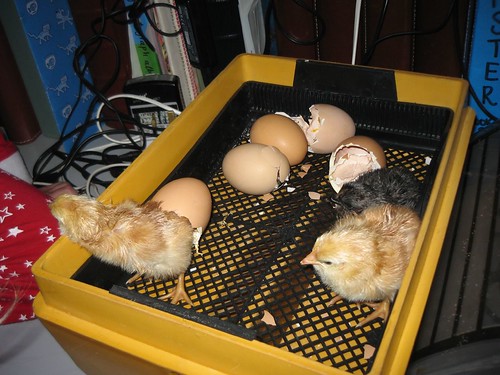 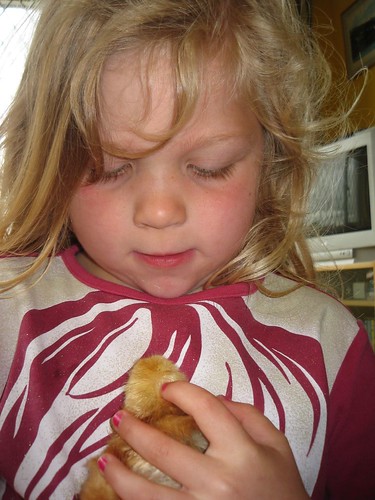 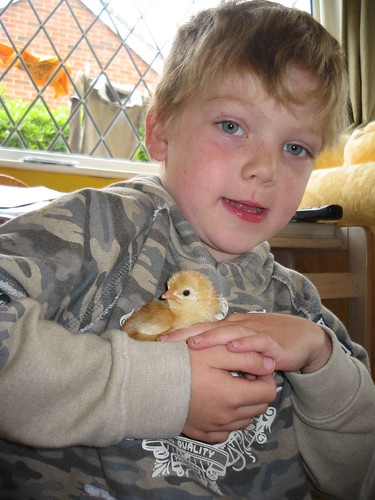 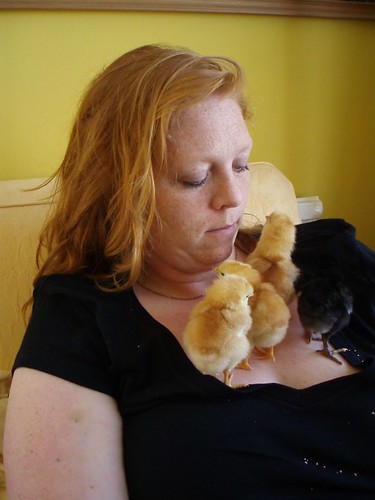