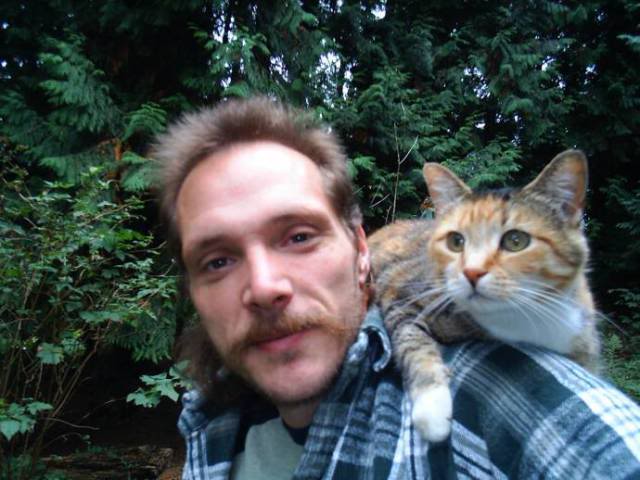 Hello fellow chicken wranglers! If you are reading this then you must be curious about something. So I thought I should put something here just in case someone showed up. In the future I will create other pages for the coop and duck pond construction among other things. At the moment I am working on a planting bed retaining wall and will post it once done.
My name is Dave. I'm 39 years old, single and living in the Pacific Northwest of the US. I am currently unemployed which allows me to devote the time needed to caretake my parents land and remodel their house. By next spring ('09) I intend to make a go at self-employement again by selling my T-Shirt art. My brother and one of two sisters live nearby along with their children. I'm so happy that we as a family have 'tribed' together once more! Heres some pics of the animals in our tribe... 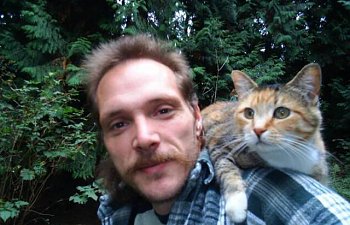 My best friend Autumn and I 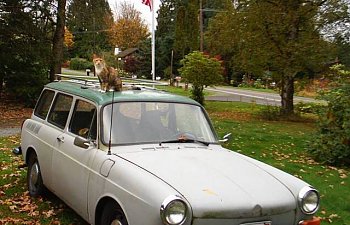 Autumn atop The Beauty. This is my car which does not run. I hope to hybridize her with bio-fuel diesel and electric motors. With lessons learned I then would like to build The Beast, a 1940-50's 1 ton farm truck with power takeoff to help me homestead a nice quiet piece of backcountry land. It is my dream that The Beauty and The Beast will help set me free. 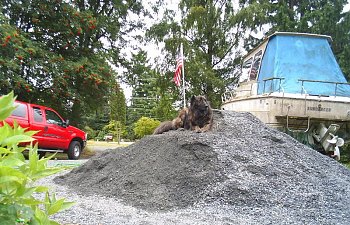 My good buddy and king of the mountain, Wookie. He got his name because he talks like Chewbacca from the Star Wars saga. 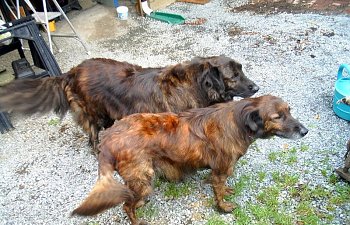 Wookie and his sister Charms who lives nearby, but is staying with us for a time. 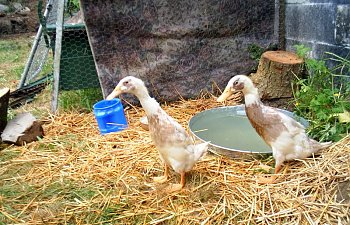 Our Indian Runners whom I call Vociferous and Boisterous due to the load racket they so often make. They are timid but appear to really like our company all the same. I like their unique walk and posture. 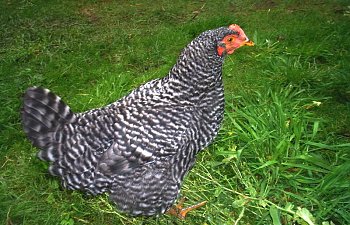 The Matriarch of the hen clan. Shes a Bard Rock named Spot. As a chick she was black with a single white spot on her head. As she grew so did the spot. She is the wisest and bravest, and the most friendly of the bunch. Her personality is definitely that of a quite leader.
She seems to genuinely like Autumn... 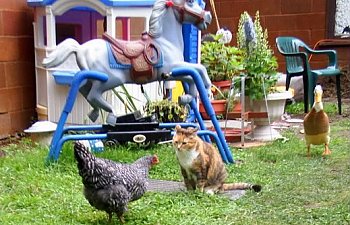 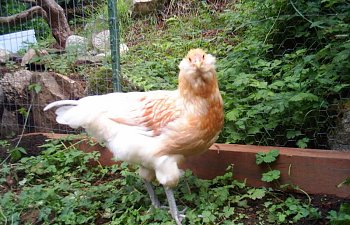 Heres Blondie. Shes an Ameraucana with attitude. She used to pick on the others and she'd also run around attacking thin air. But boss Spot put her in her place and shes more mello now but still spirited. She is very brave and independant and often adventures off alone. 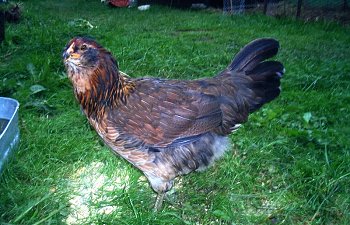 Heres our other Ameraucana named Lil Bit. She used to be much smaller than the rest, but shes grown to be near everyone elses size now. Of all the hens I like her look best. She sorta looks like a mix of Hawk and Pheasent to me. 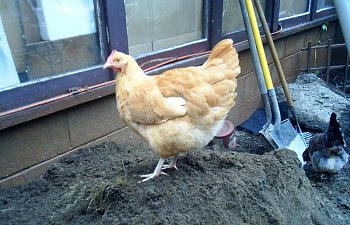 This is Buffy a Buff Orpington. She is extremely shy and has a quiet personality in general. 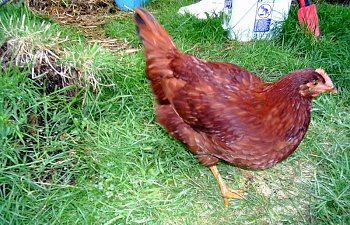 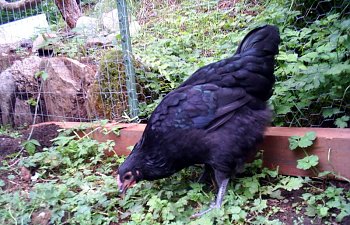 And last but not least is Penguin a Black Australorp. You can see a little of how her feathers have a teal sheen to them. The kids named her Penguin because something about ther look or personality reminded them of a penguin lol.

And heres a tribute to Penny who passed on last year. She would have enjoyed the company of the new hens and ducks. She was extremely friendly and when Wookie would announce a family members return home, she would come running to meet them. She taught me that chickens have spirit and personality. She was a beloved member of the family and we all miss her much. 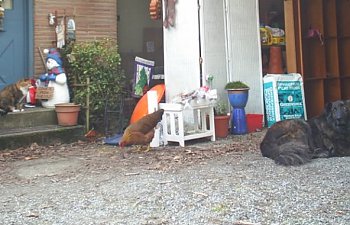