The Crevecoeur is an old French breed originating off the coast of Normandy. It can be dated back to the 1700s and is probably somewhat older. The chicks are precocious, wily and fast moving - an old farm breed from the days when little chickens had to take care of themselves - and the adults are good fliers, great free rangers and lay a white egg. Hens are rather sweet, roosters vary but tend to be on the shy side. Both sexes have a crest with a brushed-back shape, and a V shaped comb somewhat larger than you see on a Polish. Originally, this breed was a larger bird raised for meat and often used for capons... known for its tender flesh, its fine boned build, and its ease of fattening (at one time in France, farm birds were specially "fattened" on a high starch diet when they reached eating age). Over the years, they have been bred as ornamentals and their size has decreased. To return them to their former status they should be selected for increased size, and good eyesight (the crest should allow them to see forward, down and sideways with no problems).

These eggs' parents are the largest and best-conformation birds from a cross I made between Sandhill and Urch lines. As the eggs are F2, you should see quite a bit of variation with recessive genes coming to the surface... my hope is that some of the chicks will be significantly larger and faster growing than the others, and once they're old enough to identify the sex, it's the largest (heaviest) birds of each sex that you should keep and select from.

Here are some photos of the parent birds (F1) from this winter: 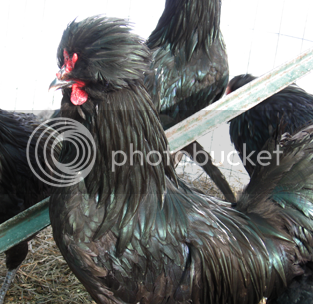 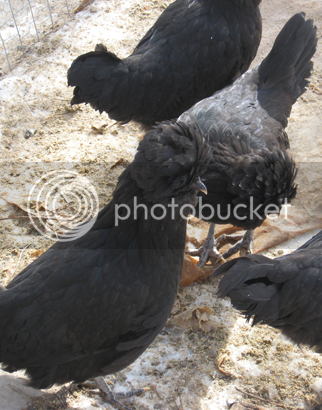 I'll Dare you tempt me with your Crevie eggs !!!

Can you PM me ? Would like to ask a few questions about Crevecoeur .

I'm very happy to answer any and all questions!

Best - exop
You must log in or register to reply here.

3
First chicks out of my Blue Crevecoeur pair