My Red Star rooster never crows! I realize he's not that old, but I've heard of others who've had roos that at least try to crow by now. Could it be because he is totally dominated by a boss Wyandotte hen? Here are a couple of pics of him and his "sister" taken almost 3 weeks ago. He's the one on the ground. 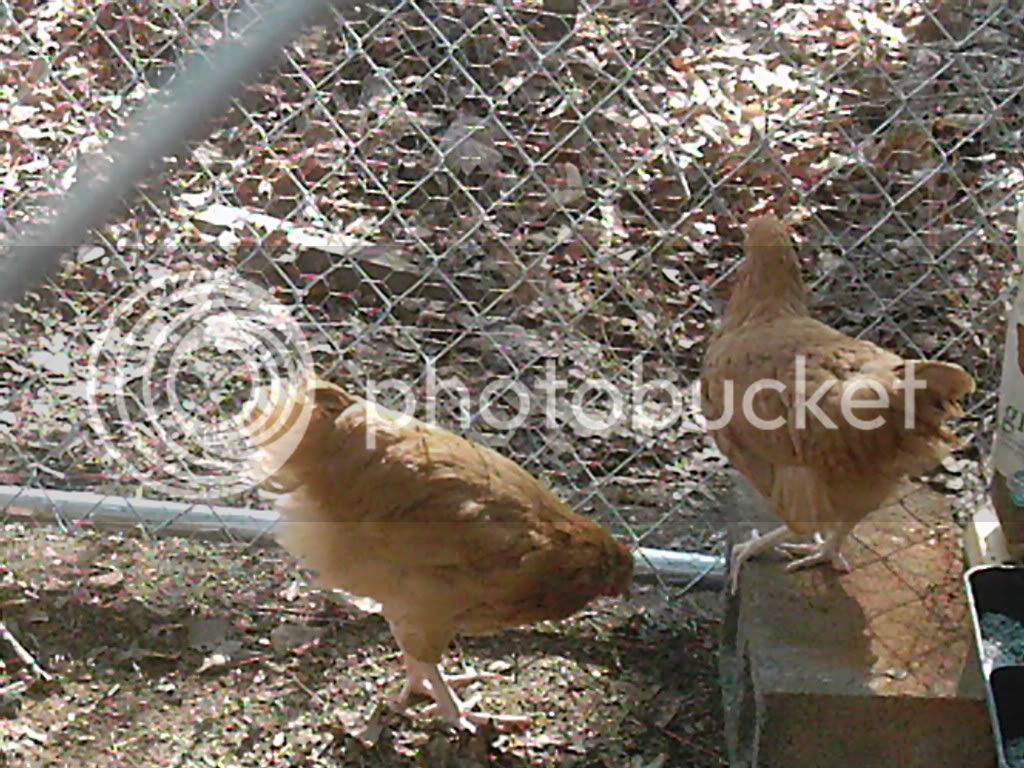 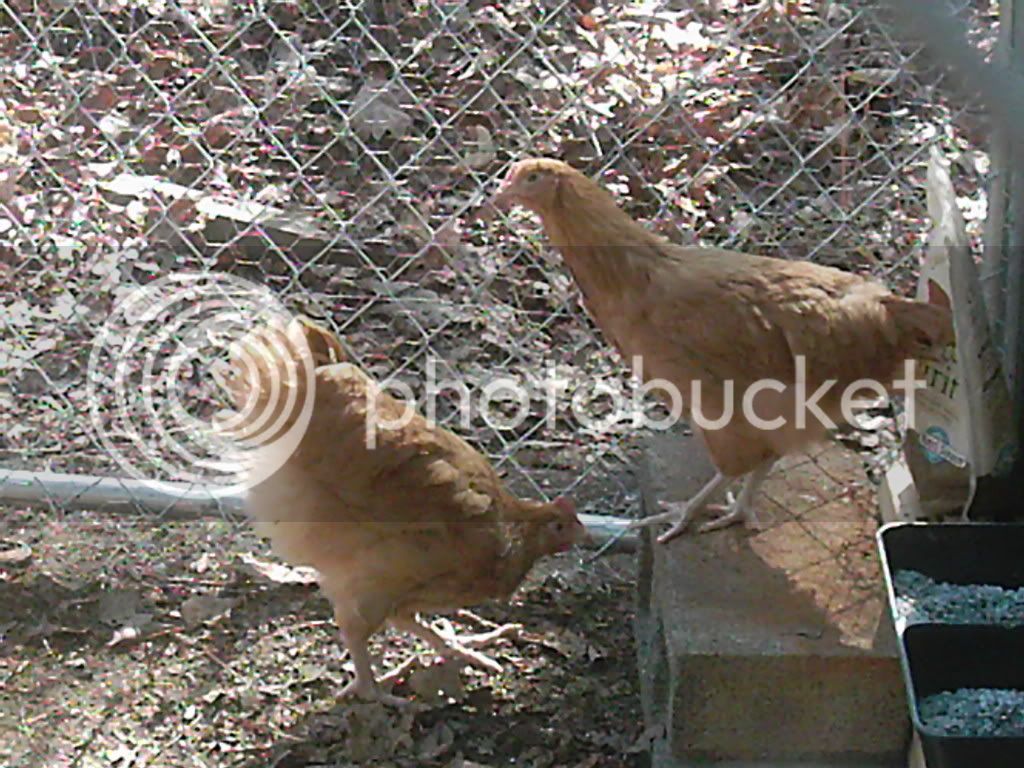 I really don't think he's a hen, but since I'm a newbie, what do I know?

Hey, my "Red Star Rooster" was really girly and not crowing......after posting his pics here, he is now Lily!!!!! LOL

Here she is (about 22 weeks) and I was totally convinced she was a he because of the white.....but everyone assures me she is a hen!!! So I bet yours is a girl, too!!!

I believe i only see hens.

Looks like hens to me, but could you take another picture of the one you think is a rooster? If you could get (him/her) to switch places with your pullet, we could see a little better.

This a picture of 5 month old Red Star Sex Links pullets.
There is also a Barred Rock rooster in the pic that flew into my big hen house run. 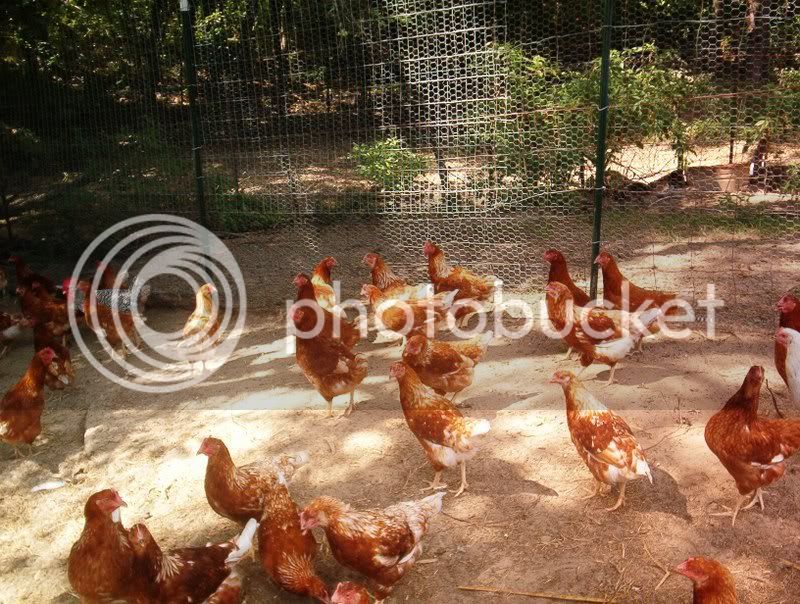 My experiences with the Buff Orps are that they take a little longer to mature. I had a beautiful hen that was a year old when I took (her) out of the pen and away from the rooster, and (she) developed into a wonderful rooster !!
He didn't develop because of the alpha rooster, but once he wasn't in the same pen, it didn't take long before he looked like a rooster.
Do you have an alpha rooster in your flock?

Here is a picture of the hen that really was a rooster. 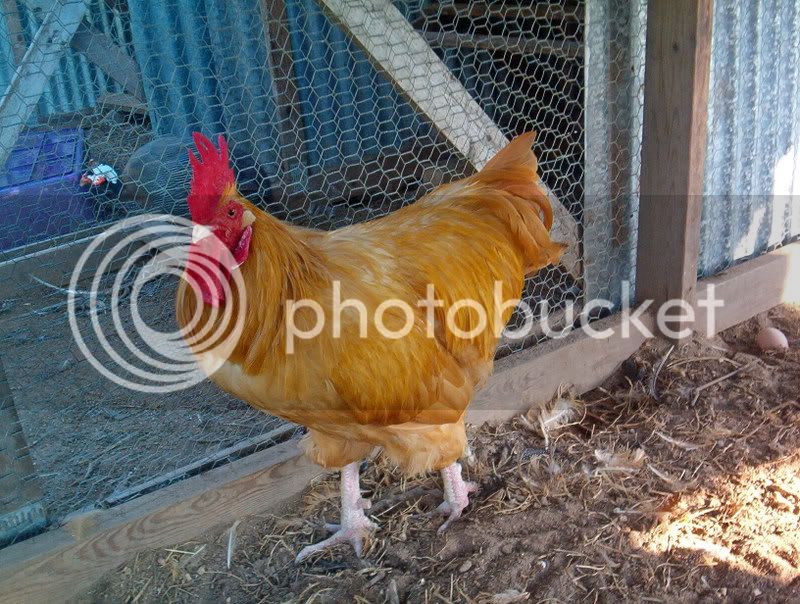 Here is a picture of a Red Star Sex Link Rooster that shows a little more coloring than most do. 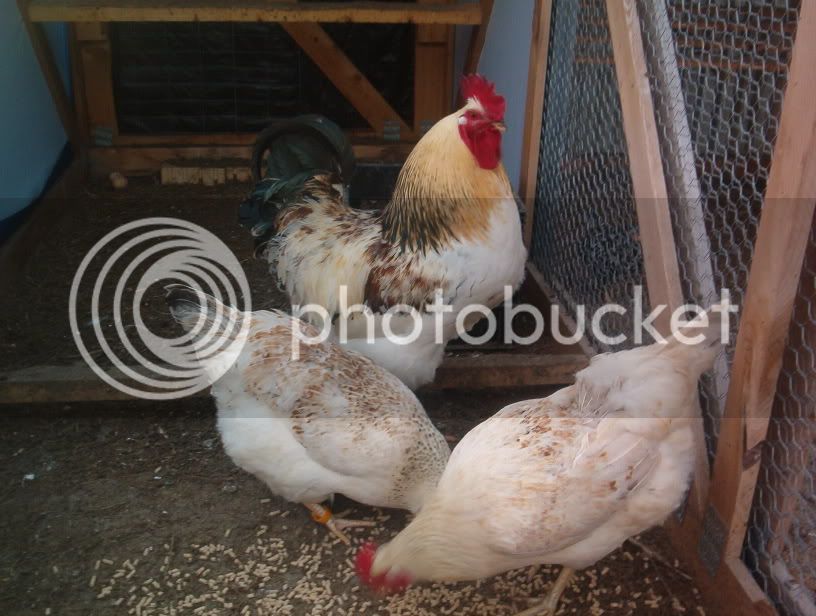 Looks like two buff orp hens to me. They both have white legs and are buff in color.

Im not seeing any saddle feathers...Im thinking a little lady too! Wish I had that sort of luck...and my "hens" turn in "hims" ROFL.

Cute little featered friends you have though!

I'm having trouble accepting that my funny little Onslow is a GIRL!! He/she's so different from his "sister". And to think that they may not be Red Stars after all! My newbie head is spinning.

I'll try and take some more pictures tomorrow, since those were 3 weeks old. Thanks everyone for the expert info!

Ok, here are updated pics of "Onslow" - who is probably going to be renamed Violet. These were just taken today.

Onslow is the one in front... 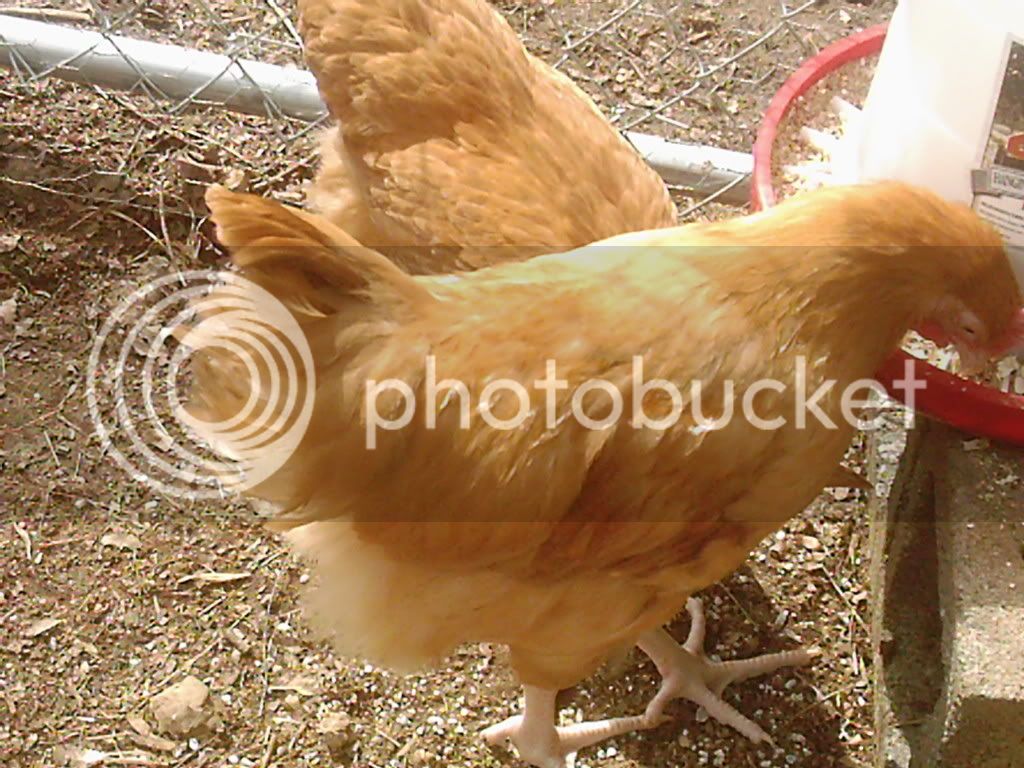 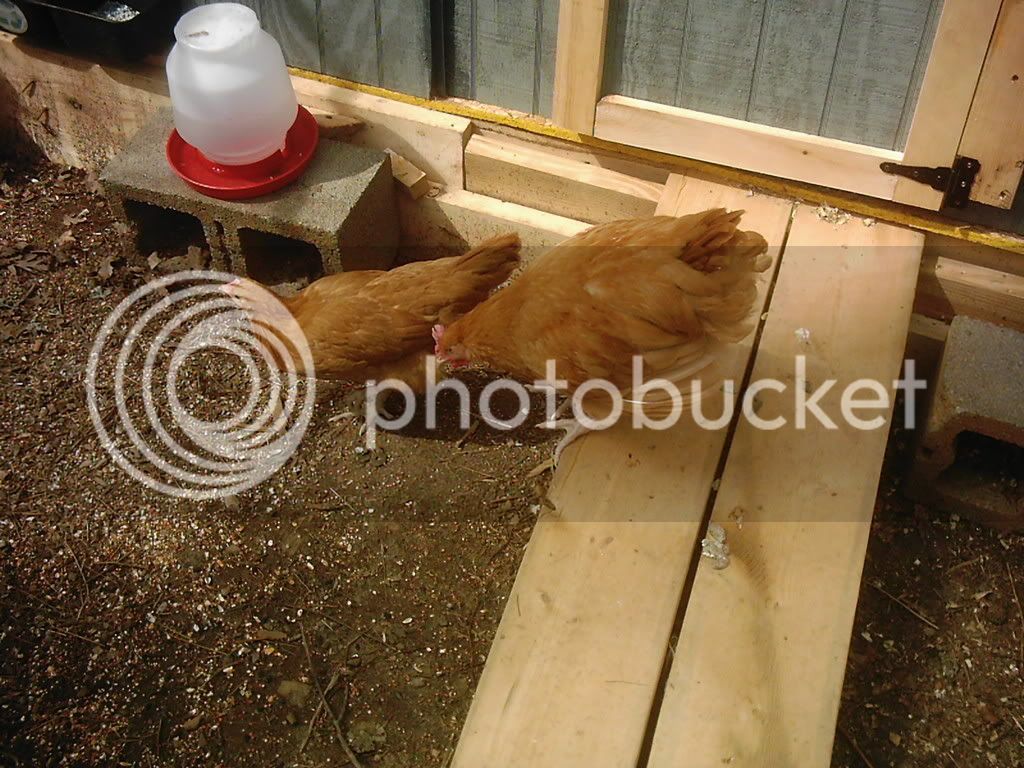 Still out in front... 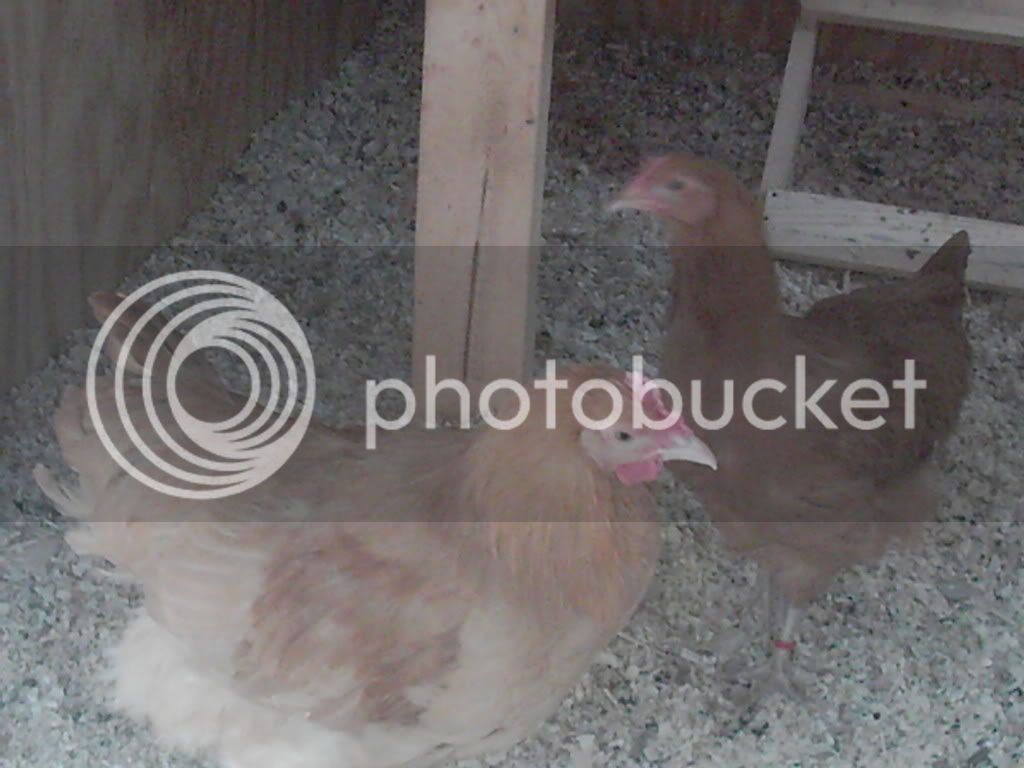 So the final verdict is??? Onslow or Violet?

Rooster is about 20 weeks old and hasn't crowed once yet.