Does anyone use A frame coops for their chickens? I am planning on building a couple to use as grow out pens for the in-between chicks that are just a little too young to be put in with the main flock, temporary breeding pens, broody mamas, injured/sick chickens that need to be isolated, chickens in quarantine, etc. Does anyone use these? I think the A frames would be easier to build, and use less wood and wire as well.
One more question- what would be the ideal size for my purposes? I'm thinking maybe 4' long and 2 or 3' wide, and maybe 2' high?
Oh, if anyone doesn't know what these are, here is a link the The City Chicken page- http://home.centurytel.net/thecitychicken/tractors.html There are several A frames on that page.

We don't have any A frame coops (yet) but there are several in the Coop Designs pages.

Take a look at my post, '1st Chicken Tractor Pics'

I think that sounds a lil small. But it may be ok for young chickens or for a temp coop. If I ever build another one it'll be 4 ft wide and 10 ft long; that should be a good size for up to 6 to 8 adult pullets. Alot of the commercial suppliers of Tractors quote high numbers, but if u look at what the experts estimate as indoor living space you get a different story.
I've read 1 to 1.5 sq ft per chicken for interior space, so a 3x4 ft coop (within the 4x10 tractor) = 8 chickens. 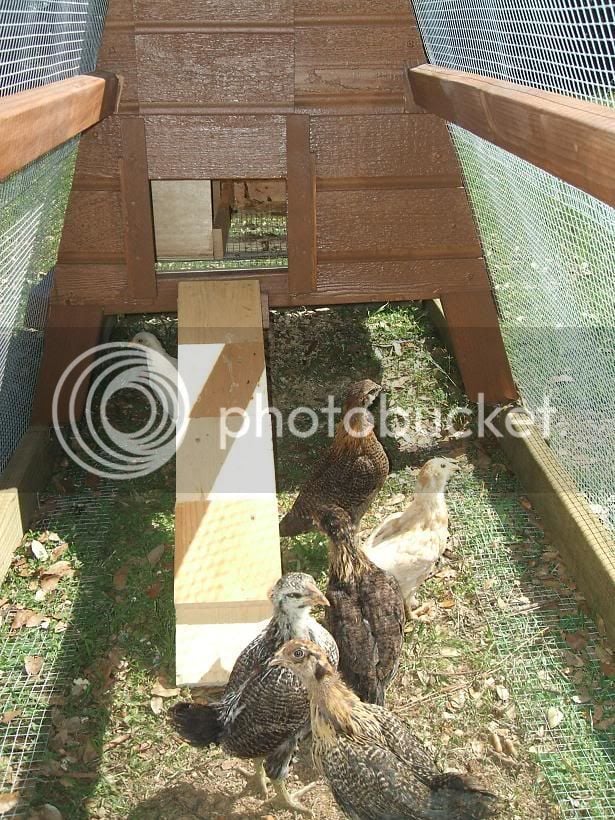 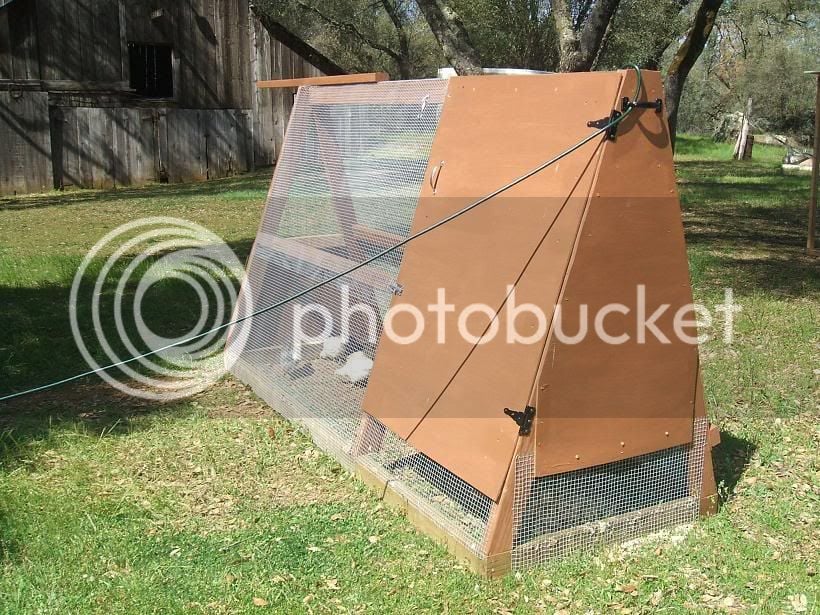 Hope this works. Have fun!

I built one for my Grandfather. (It's the one in the picture on the bottom left of the City Chicken link you attached. My Daughter is in the picture giving thumbs-up.)

I agree with Silver Fox, the estimates are a little misleading. Great looking coop SF!

The things I would have done different were...

I would have given the run area less headroom and that would have transferred over to more room in the upper coop section, which was needed because of the pointed roof.

I would have put a window in the lift up panel in the front.

I would have made the roost easily removable and mounted it as close to the floor as possible. Again they need headroom and it's hard to get the poop out without moving the roost.

I would have used hardware wire instead of chicken wire.

Also, I would only build it again if I was going to use it as a true tractor and not a small coop. I think the A frame shape is really only good for saving weight. (Or maybe shedding snow) We didn't really need to move it and regular square coop would have given us much more room for chickens.

If you just need a coop, build this one. There's plans on BYC. 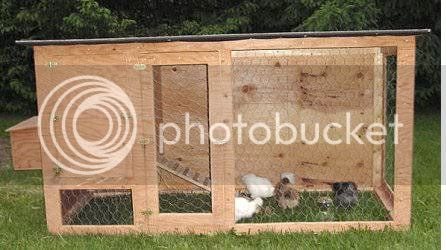 Where are the plans for this coop?!

They be right here...

B
Headspace above Roosting bar?

Wednesday at 10:46 AM
Colorful egg carton

Extending a Run without Cattle Panels
2