I currently have 11 chickens that are about 7 weeks old, they are outside in the coop doing well. I also have 18 chicks that are only 2 weeks old in a brooder. Because it’s been so warm here, they haven’t even needed the heat lamp. So my question is, when should I put the younger chicks with the older ones? I think they’d be happier outside because the garage gets so hot, but not sure how they’d handle the change in temperature at nights and if the older chicks would be nice to them. 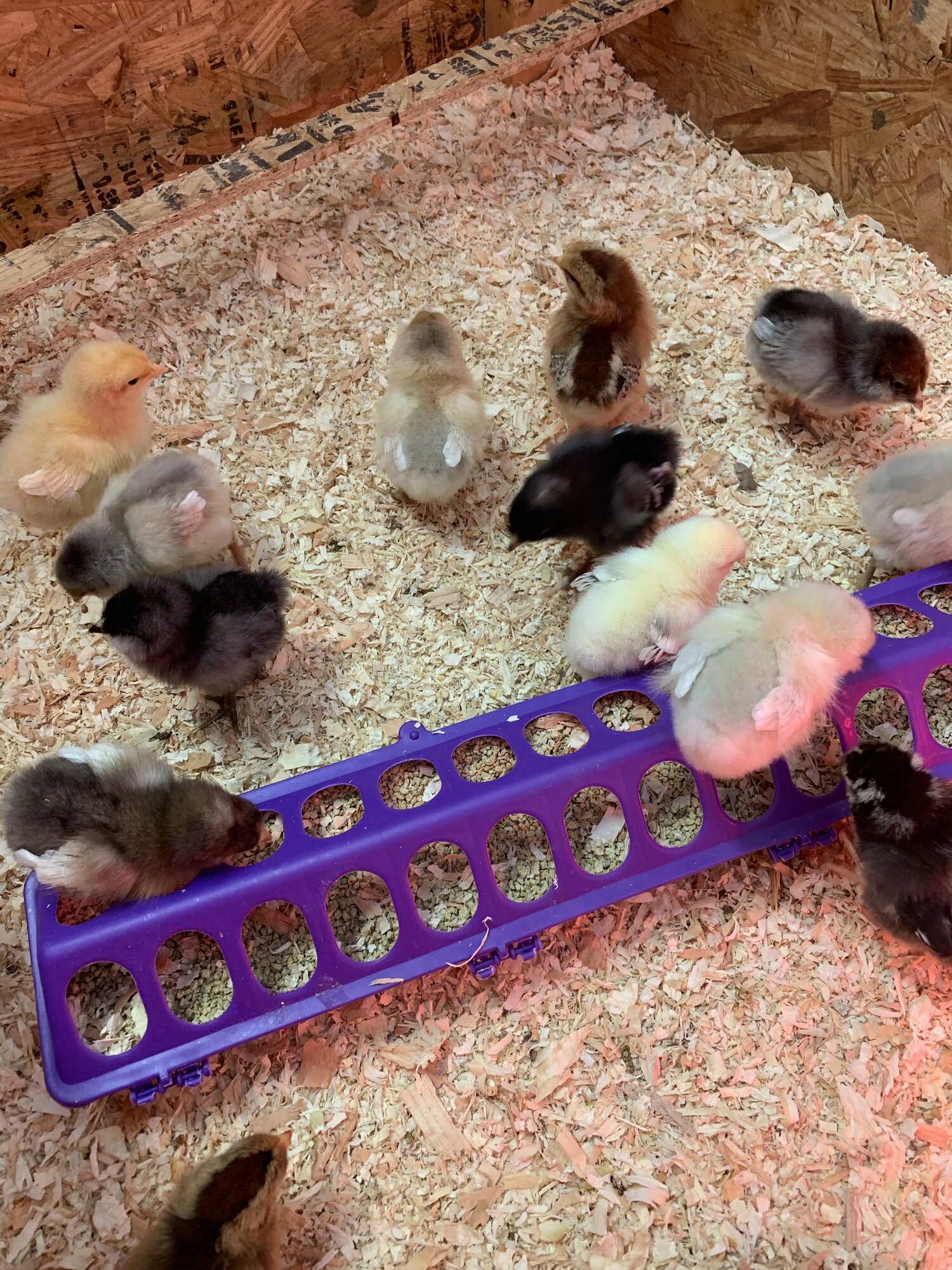 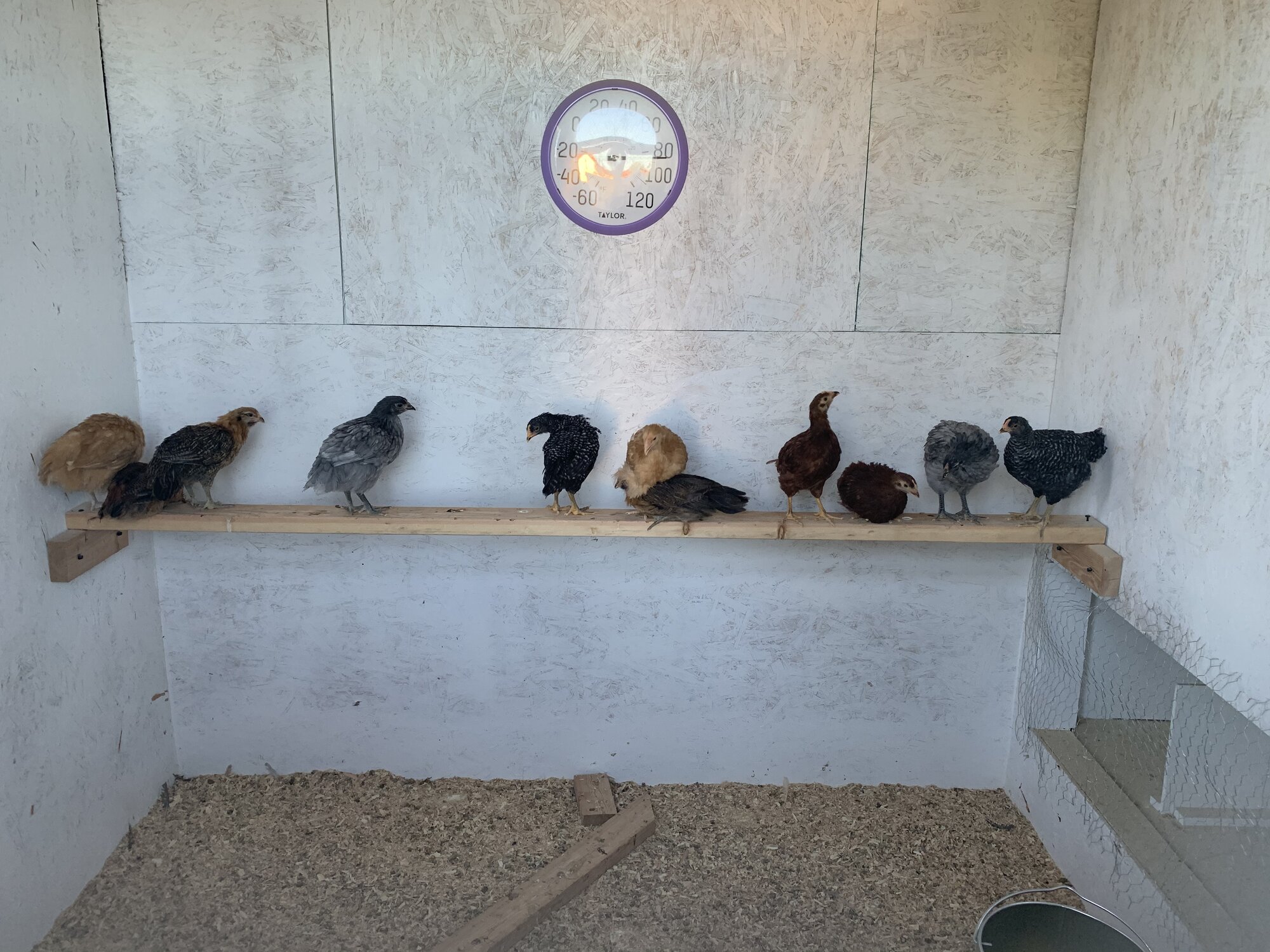 The chicks can go outside full time without supplemental heat once they've feathered out. If you wanted to move them to the coop before then, I would provide heat at night so they don't get too cold.

I would wait until your young chicks have more feathers, then move them to the coop. To integrate them, section off a portion of the coop for the little chicks, so the older chicks can see them but not be able to get to them. The older chicks will attack them if they are just put into the coop. After a week or two, let the little chicks out of their section of the coop, and watch to make sure the older chicks don't attack them. There will be a bit of pecking, but make sure nothing too serious. If the two groups are getting along, remove the barrier that sectioned off the coop.