A neighbor came by yesterday to tell me that a duck showed up at her place and she was worried that it might be one of mine since it had the same red face as mine do. I wasn't sure but thought that it might be the Silver girl of mine that went missing not long ago(i assumed predator), she did say the one at her place was Gray & white.

We went over last night but couldnt find the duck, so i dropped off 3 chickens to her instead, haha. I left my number and she called this morning and broght the duckie right over. Well, SHE is quite the pretty little thing! Looks to be close to 1yr old and is a Blue Pied Muscovy... and just a total baby doll to boot! i can pick her up and move her anywhere without any fuss, she is just a sweetheart!

I rechecked my photos and i am sure she isn't mine now but she didn't belong to their neighbors either & they were both a bit worried about the dogs getting a hold of her since she was just free roaming between the properties. She definitely has a good home here now with friendly dogs and plenty of new friends! 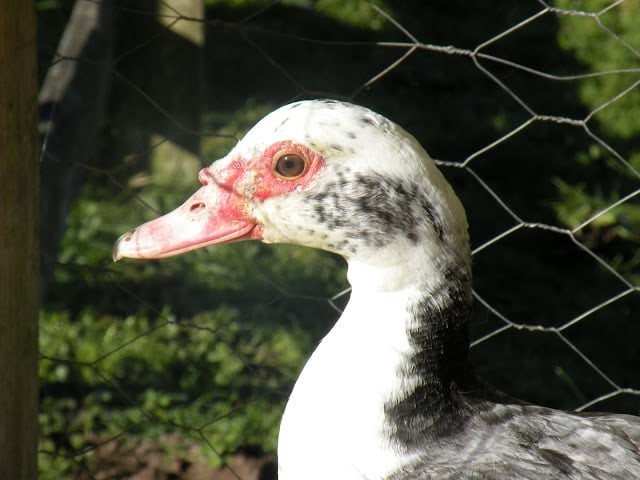 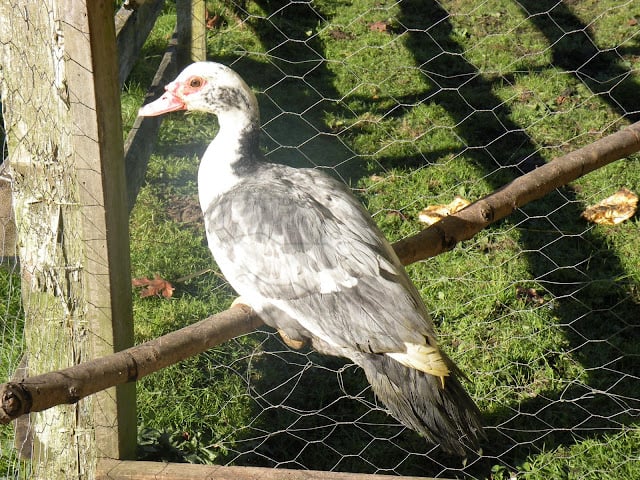 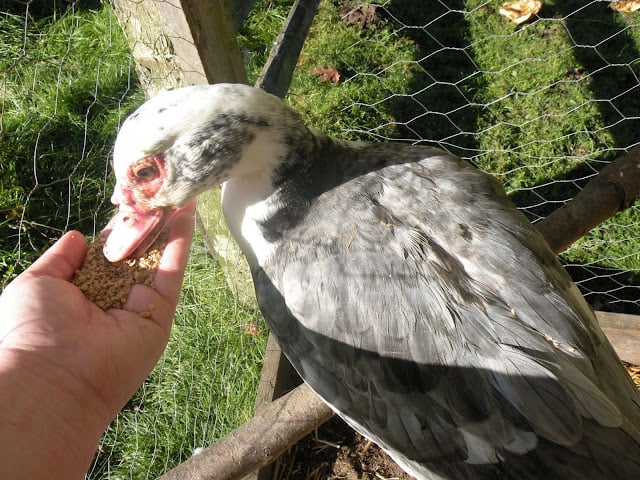 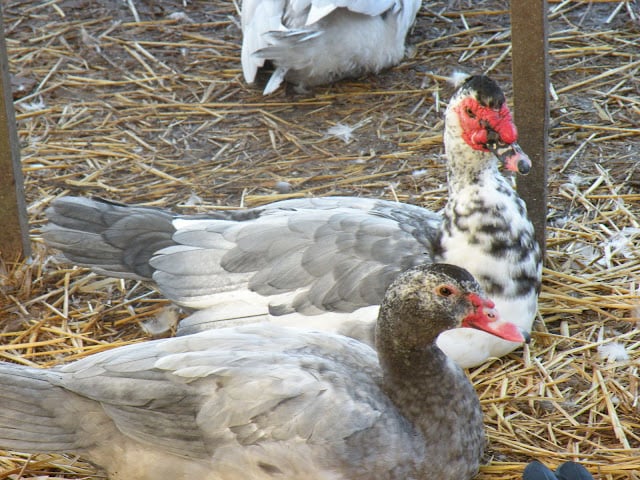 Awww, pretty! I love how she sits on that perch like that.

Yeah, she does look like your drake. Does he "get around"?

Cool! So, was she feral?...or did I miss something?

Anyway, she is very pretty!

I think she was someones Pet, she is just Way too sweet! the neighbor that found her said she wandered into her house too and nibbled her Chihuahua a little and then walked off to nose around so she's obviously used to people and dogs too!

Monday at 10:20 PM
The Sweethearts