Sort by reaction score
U

I have a very small group of eggs in a mini incubator. 2 are silkies and 1 is from a Sussex *I think*. I've checked them all today and I can see very clear movements from the 2 silkies but, Sussex is worrying me. The air sac is distended along the side of the egg and where the chick should be I'm seeing some dark floating spots near the embryo and no movement. Veins are still present and clear though I think I know the answer but I want a majority view

Definitely need pics! (I’m not an expert, but the experts will want pics

Also, I do know that it won’t really hurt to leave the egg in at this point in case it is still viable, for 3-4 more days, especially if you aren’t sure.

This Side Of The Galaxy

It's going to be hard to tell if there's life at this stage.
Leave the egg. It won't harm the others if it's died.
It's best chance of survival is being left alone.

If you still have veins, that's a good sign. It sounds like you might be describing draw down- the air cell gets big and it's hard to see movement.
I've got some pictures from my last hatch: 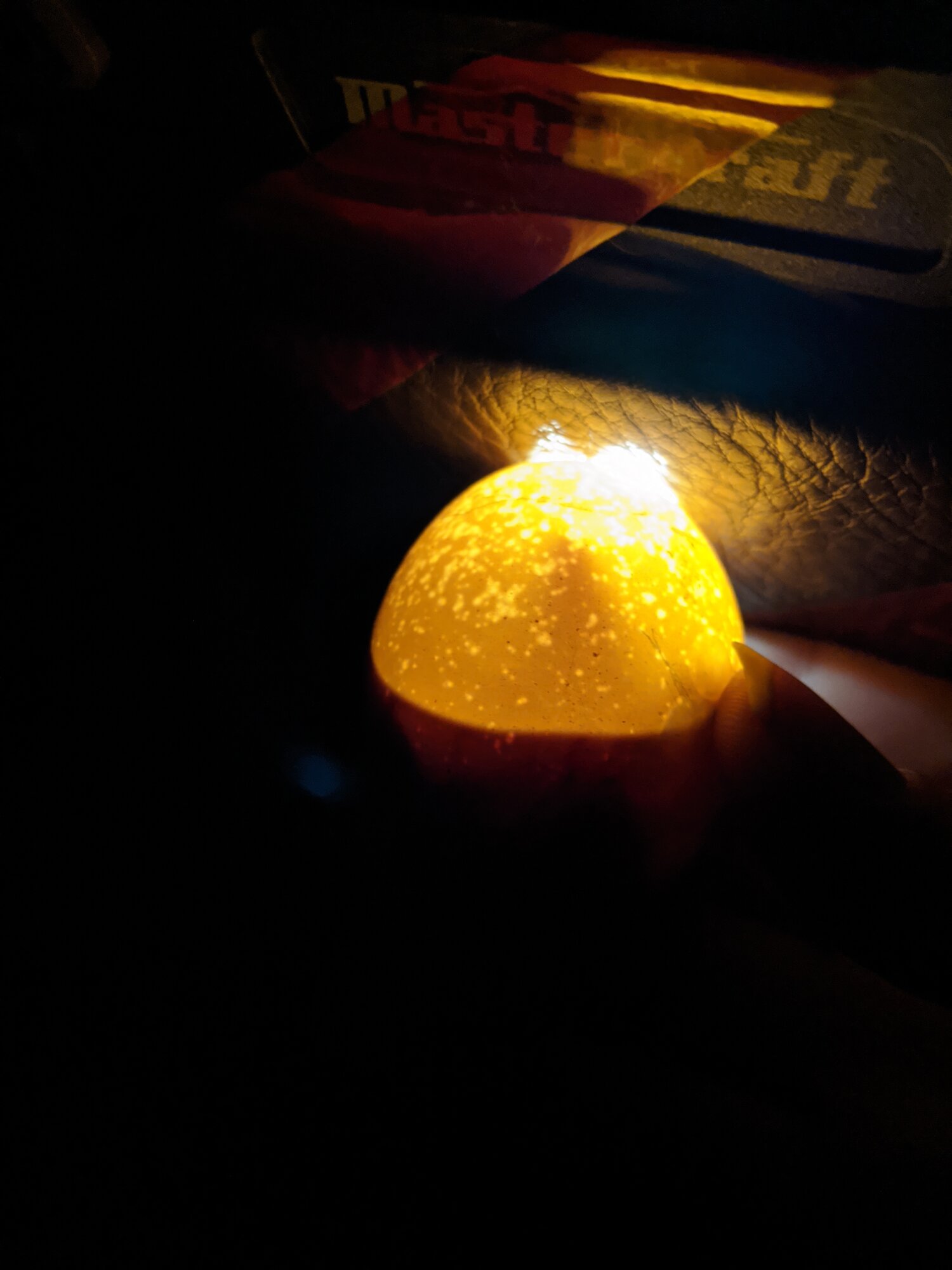 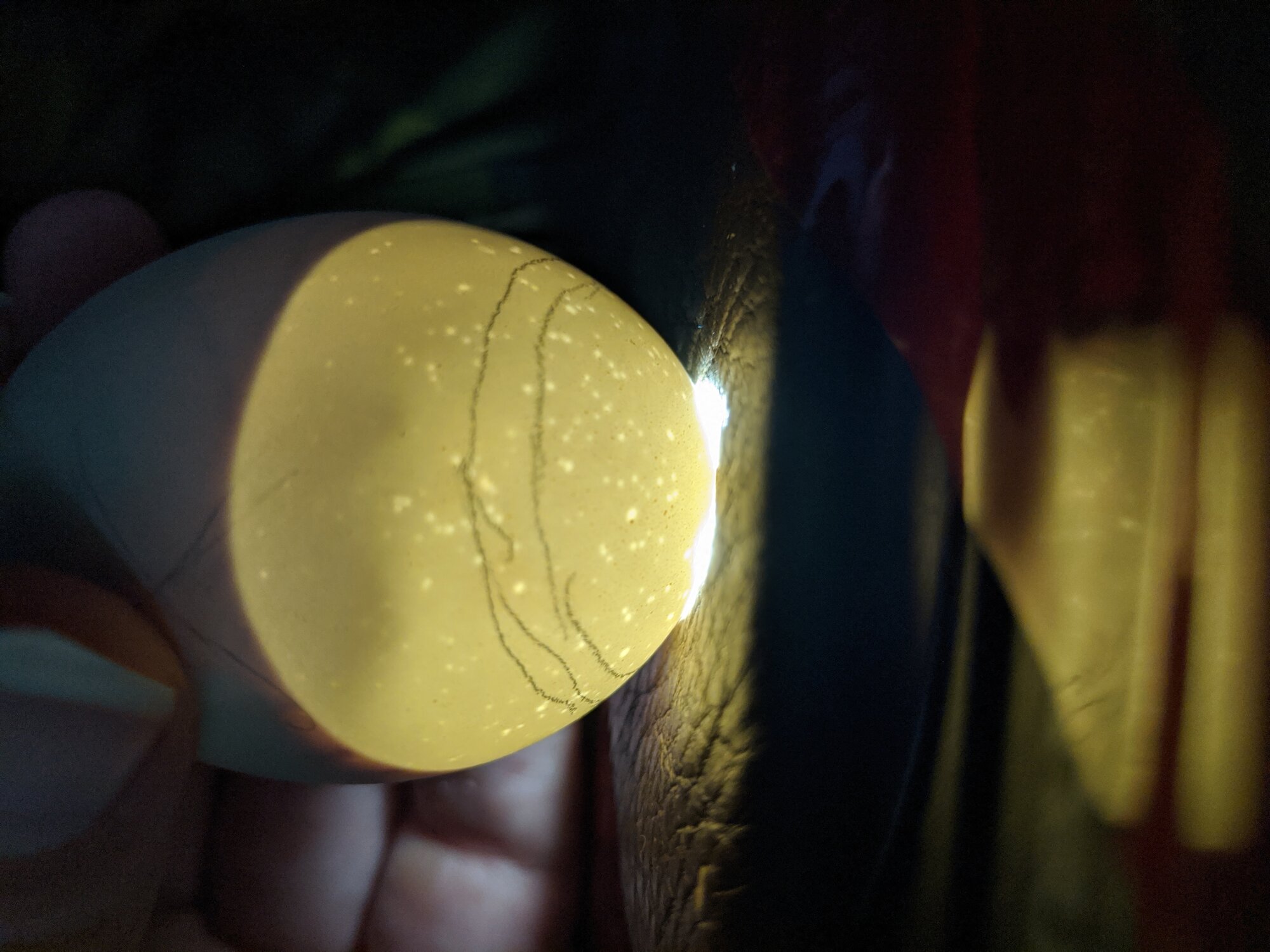 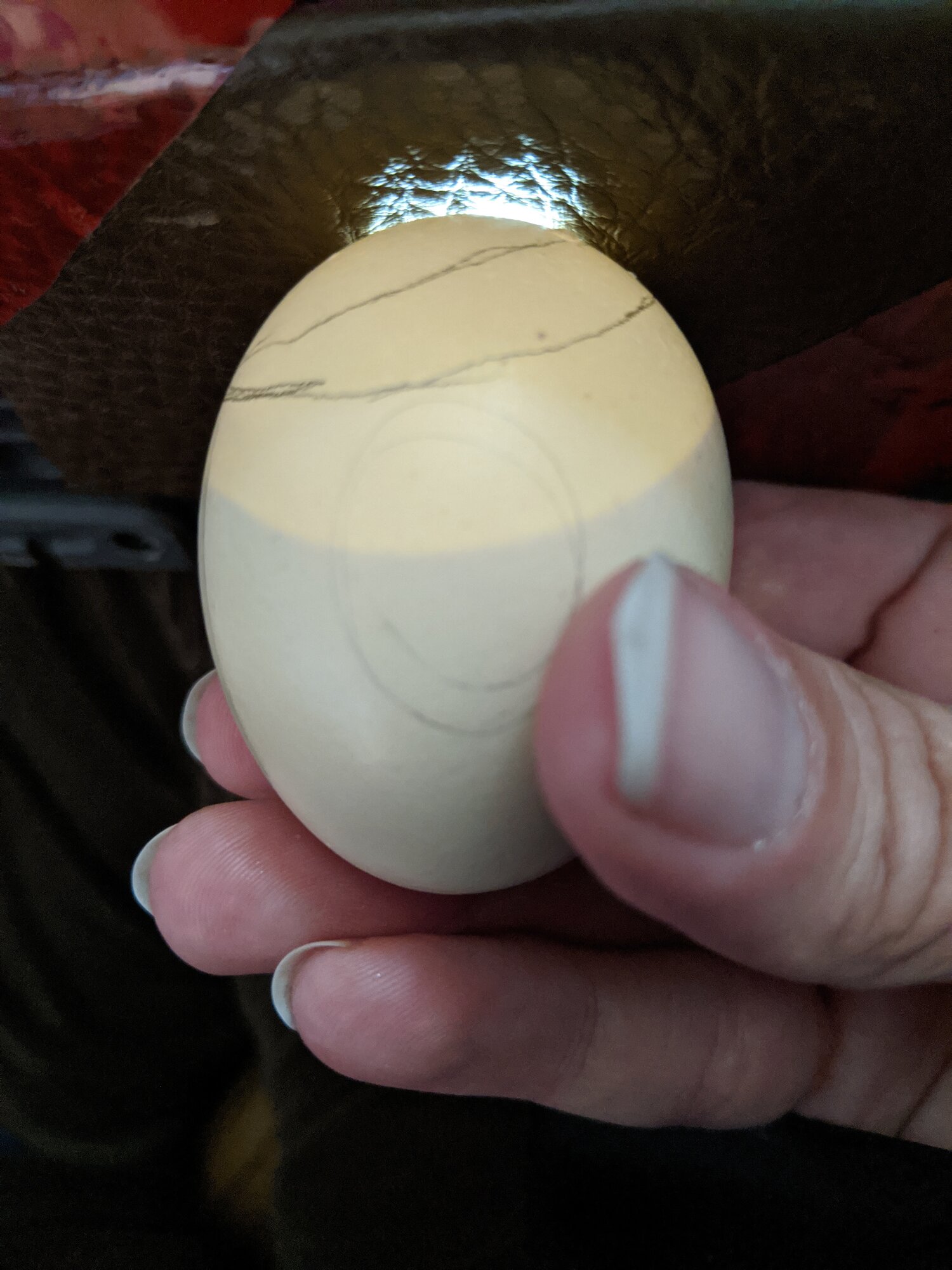 If that's what you're seeing, that's a good sign! Your chick might be getting ready to pip or have pipped already. There's still things that can go wrong but it's on track.

Here's an egg from my last hatch that did not make it: 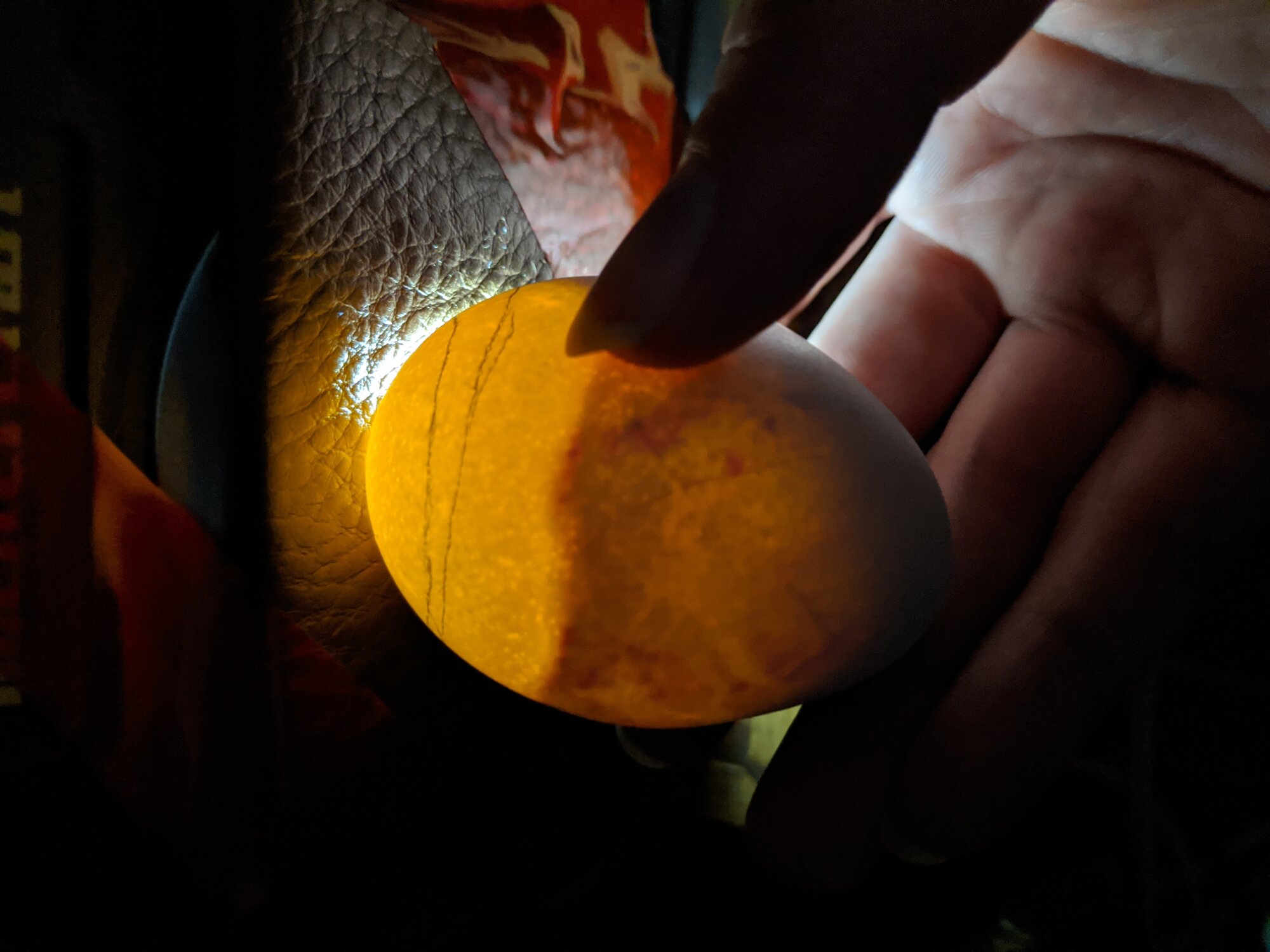 Not just the lack of veins, but the murkiness and the fuzziness of the edge of the air cell are all signs of a dead egg. That's not the only way a dead egg can look, but it's one of them.