I did a search before posting to see if others had experienced the same thing. Not only have there been broken beak threads, but it makes my girl's issue seem....slight. For which I'm very thankful, actually. And in keeping with the theme, I have no idea how she did it. It actually looks like she jammed it straight back since it is not skewed to the left or right. But it is definitely shorter than the lower beak. And there's some discoloration that looks like it might be blood/dried old blood. It doesn't help that all of my girls have black/dark coloring on their beaks up high so it's hard to determine exactly where natural dark ends and injury dark begins.

Their run area is situated directly against the house, and my lower level bathroom window looks directly into their run. Convenient, until you get the bejeezus scared out of you by 3 hens who've decided to spy on you while you do your business. But, it does make a great way to keep an eye on them. Which is how I noticed her this morning. She was one of the ones on the window sill. And if it hadn't been for another giving her a mean ol' peck to the comb, I might not even have noticed anything at all when I did. But you know how it is, when you see some pecking, you take a little extra look just to make sure things aren't getting out of hand. That's when I noticed her beak looked "off." So outside I go with some bread crumbs and the camera. She attempted to take the bread crumbs out of my hand, but not in the "I'm going to impale you through to the bone" way the others do. But she is eating. And later I saw her drinking.

At this point, I'm just going to leave the beak alone. It's aligned properly and I don't think it's broken clean through at any point. When I picked her up this morning to examine her, it didn't have any movement when I touched it. What I'm concerned about is infection. Do I need to worry about that? Take preventive measures by medicating her water? A little Neosporin on the beak? I have a dog house my stupid dog has never used that would make a fabulous hospital coop so I don't have to medicate the other girls unnecessarily. She seems a little less active at times, but not at others. Aside from the physical damage, you wouldn't necessarily know she's injured. After seeing the other threads and pics, I really don't think there's anything more I can do for her, and leaving her be is probably the best course of action. And will probably also heal quite well, assuming I keep her safe and clean. I also tend to be a "let nature take it's course" kind of person.

Aside from infection, is there anything else I should be thinking about?

And here are a few pics. I'm posting these for posterity, with the hopes that in a few weeks I can update with "new and improved" Winifred pics. The last pic is Funny with a non-injured beak for comparison. 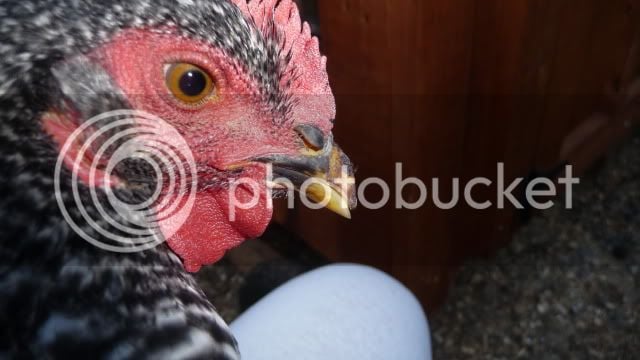 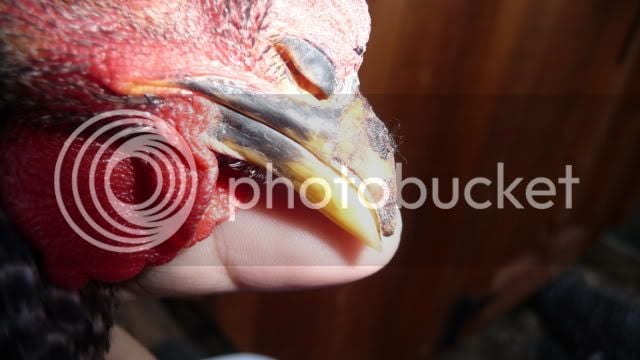 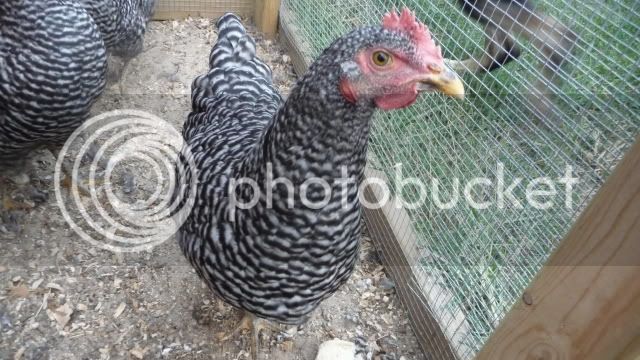 i'm pretty sure i know what happened to your hen because i have a hen whose beak looks exactly like that, and i know what happened to her. She was chased by a cat and slammed into the side of the pen. It sort of fractured the beak to where the top layer lifted off. Beaks are like fingernails. Luckily, there is substance underneath that will grow and be fine with time. My vet prescribed Silvadene Cream 2% for topical application. But i would think neosporin would work just fine as well. You just want to stave off any infection until the beak does some healing. The fun part is getting the ointment on the beak while the chicken whips its head back and forth.

It also helps to feed some soft food for a while, like yogurt and mashed hard boiled eggs.

That sounds about right. My dog worries them because he wants to be their friend. Most of the time he ignores them, but sometimes he thinks it's time to try and make-up to them again. She probably did just run head-long into something.

What To Do With My Hen?