Anyone had a chicken get stuck on its back??

I was just bringing up some chicken treats and noticed my roo wasn't rushing over to greet me as he usually would, I saw he was on his back with legs kicking in the air!
I thought something bad had happened to him and he was hurt so I rushed over and saw that he must have been dust bathing in an awkward hole, but couldn't get up!

like a turtle on his shell kicking legs in the air he looked so funny!
..so I just gave him a hand and he was up and fine. His Silkie ladies were looking on probably amused by the situation! They were covered in dirt so must've just had a bath themselves.
Wish I took a pic!!

Oh how funny! I wish you'd been able to get a picture!

I had a rooster beaten up by his two sons and left upside-down in between a wall and a shed.

We found him, alive, a couple of hours later.

I had a rooster beaten up by his two sons and left upside-down in between a wall and a shed.

We found him, alive, a couple of hours later.
Click to expand...

I'm glad he was alive! Hope he recovered ok? (besides being completely embarrassed I suppose!

Oh he was fine, physically.
None of the hens liked him after that.

Well it happened AGAIN!! Same Roo, different spot! And I got a pic!!

I got a video too but can't attach it.
He was stuck upside down between branches, no idea how he got there! Maybe trying to play limbo?? 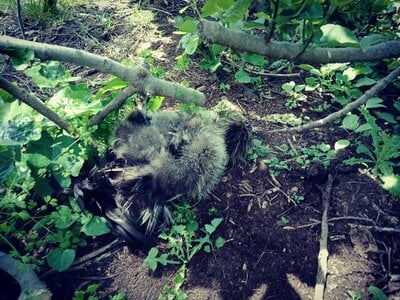 Boy you have got yourself one special rooster there don’t you? Maybe you need to fashion him a saddle with built in anti-roll bars!

Alright now, just caught him stuck AGAIN on his back!!! Maybe I need to put this in a cure/disease category!? 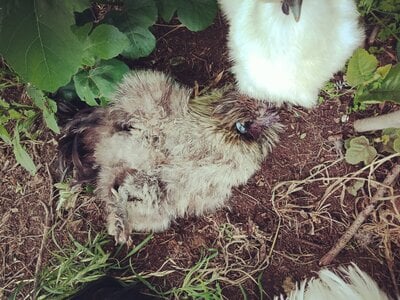 4th time I've had to help him up!!
Can normal chickens get up if on their back postion?? Lucky I'm checking in every few hours or less (I have chicks I'm constantly checking on), if it's a hot day I don't know what would happen if he can't get up to drink or if a predator came along he'd be a free meal!! 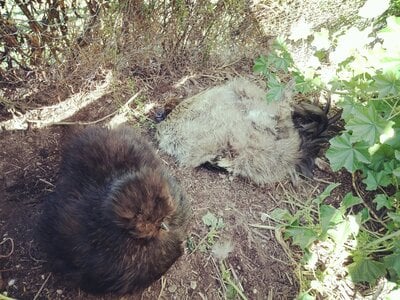 OK now this is getting more of a problem then a laughing matter (although still a bit funny) I just helped him up for the 5th time! I didn't bother with another photo as it is the same spot as the previous time... Looks like he was dust bathing, so could this mean something is wrong with him? - his wings or what? Is it the wings that help them up off their back or do chickens just not ever go on their back? What muscle or body part does a chicken use to get up from back position?
You must log in or register to reply here.
Share:
Reddit Pinterest Tumblr WhatsApp Email Link