The chicks are almost 6 weeks old now. I'm still not positive what sex they are but I do have guesses at least. We had 5 chicks hatch September 4th and all 5 are very different in markings and colors. Here's what I 'think' we have...

This one (I'll call it Chick #1) is the only one I'm pretty positive is a rooster. He's really dark with a reddish brown coloring and blue lacing which I love too. 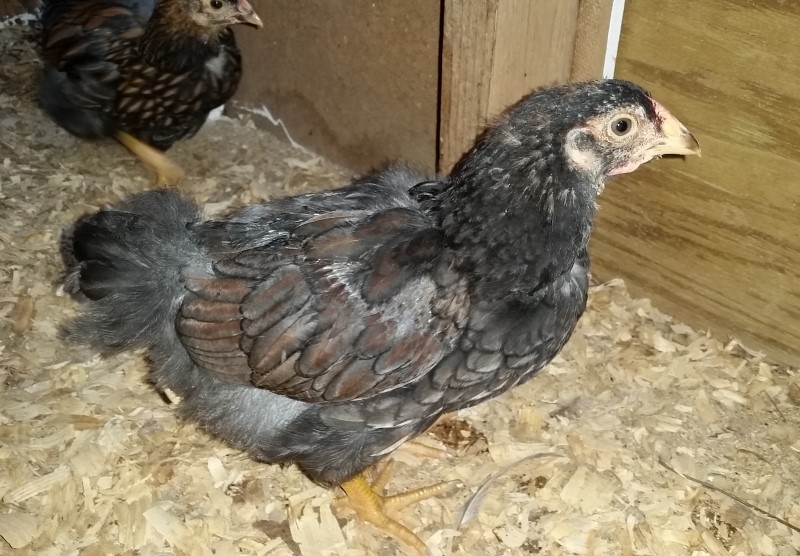 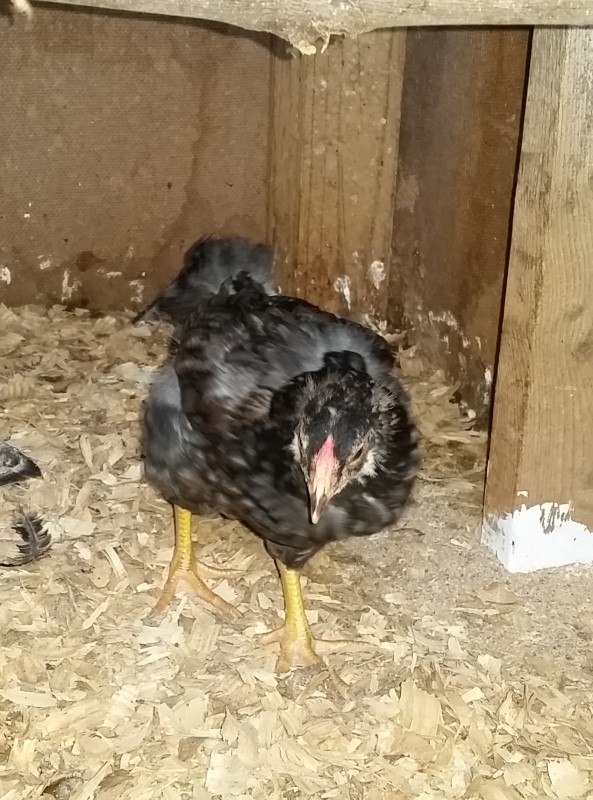 That chick is just the biggest and most robust of the 5. So I keep thinking cockerel when I see 'him'.

This chick (Chick #2) is the prettiest in my opinion and happens to have a straight comb. Only one of the 5. If she's a she, she's definitely staying. 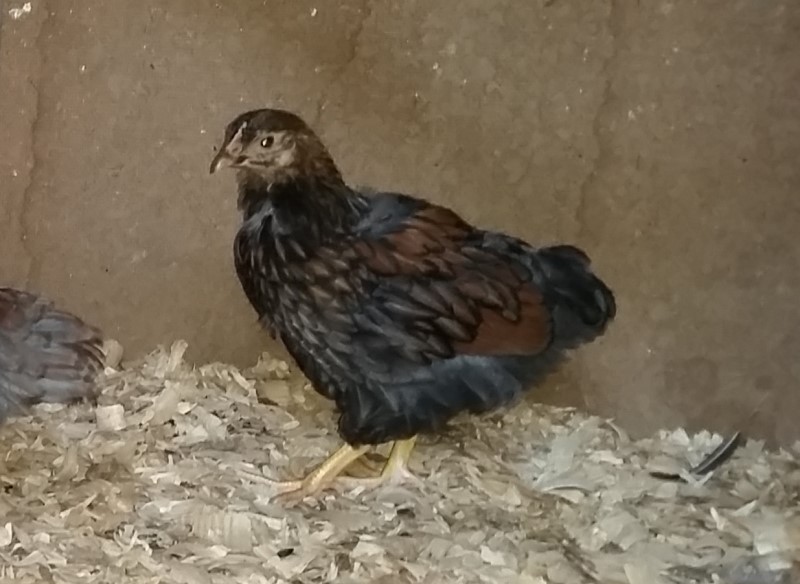 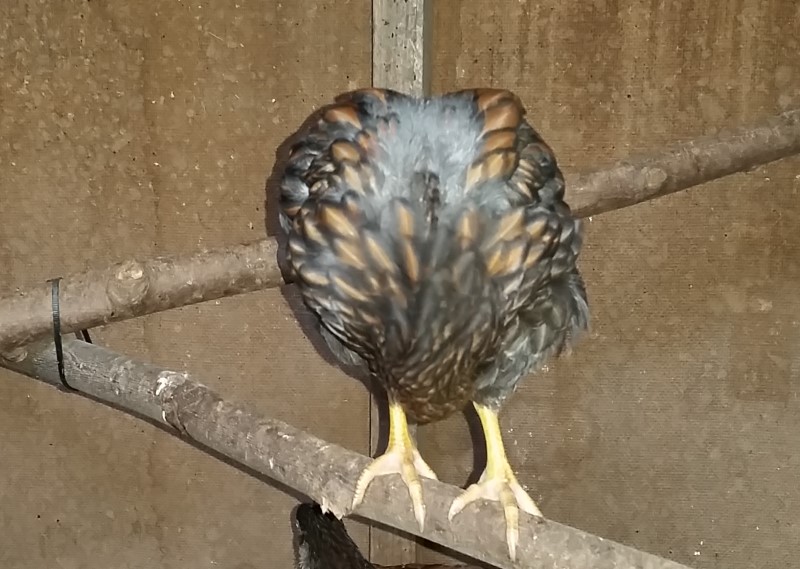 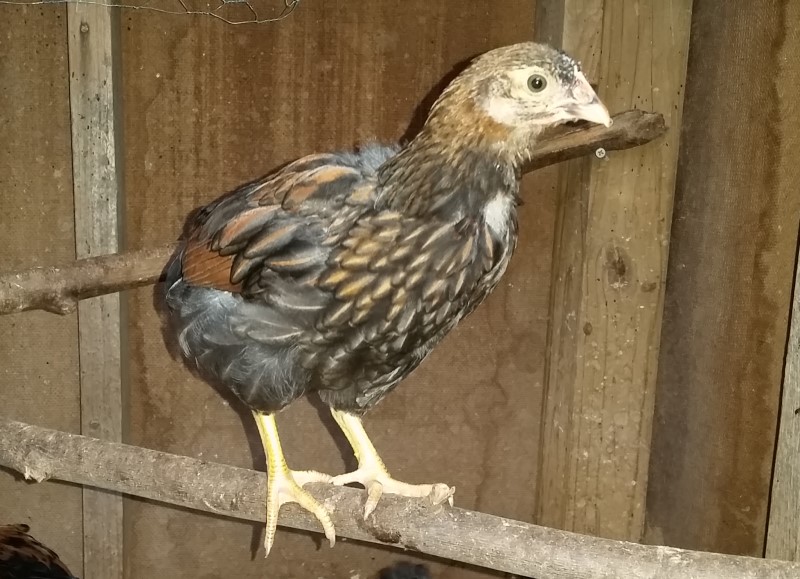 So pretty and yes 'she' is blue.

Chick #3 is looking to be a pullet maybe? 'She's' going to be a black laced red I think. I think those are so beautiful. But they are all beautiful to me. LOL 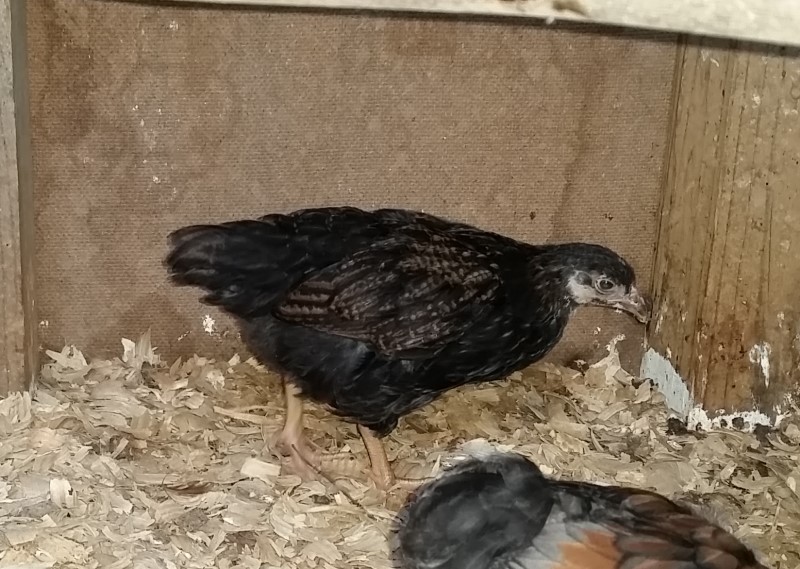 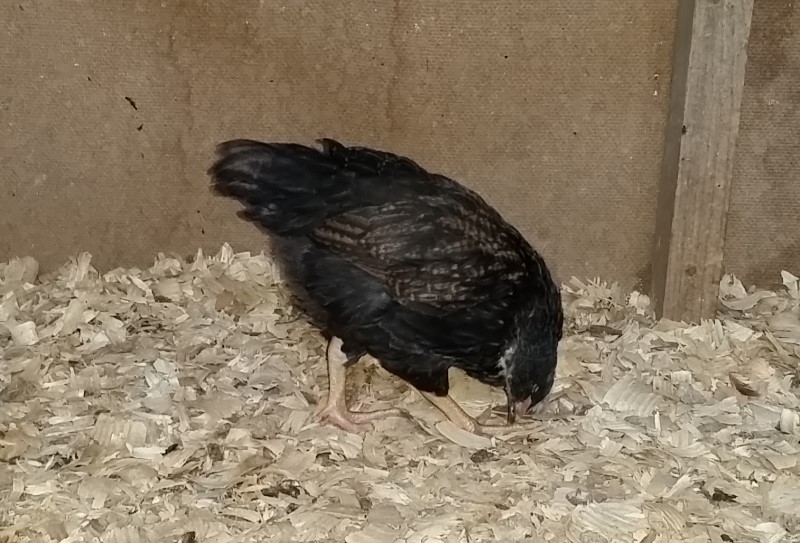 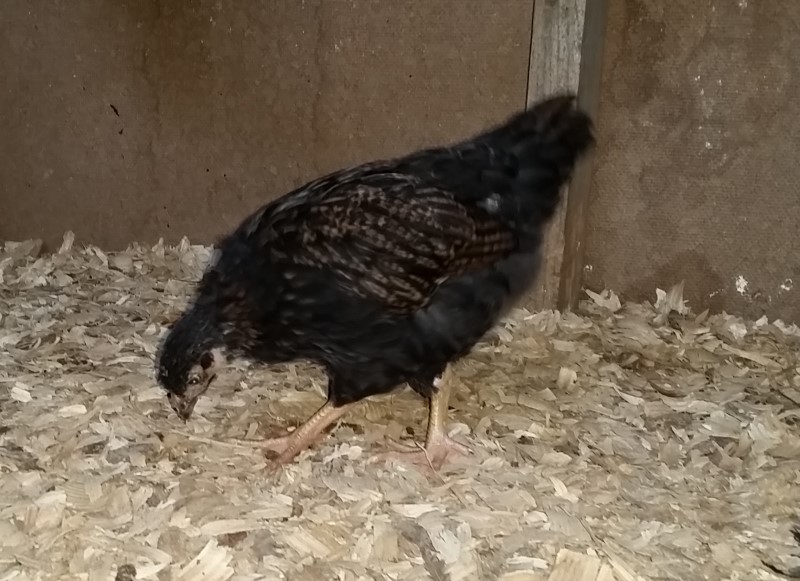 She's very dark but says pullet to me. I know it's early to tell though.

Chick #4 is the only Gold Laced chick. I have been back and forth on this one. I still think it might be a rooster. Not even close to sure. lol 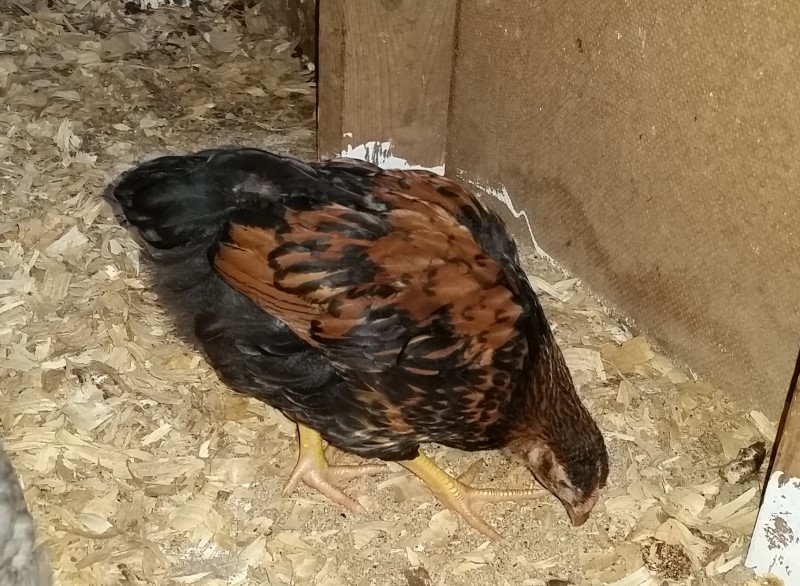 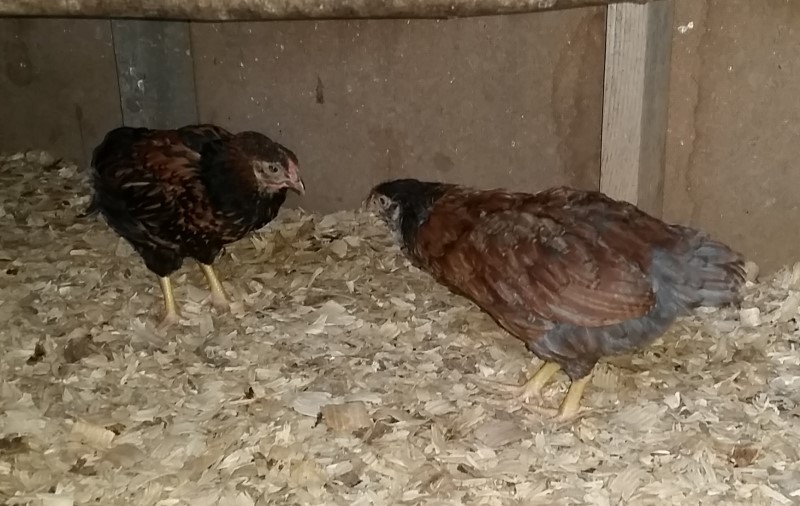 Chick on the left in the picture above. The chick on the right is chick #5.

Chick #5 is the most weirdly marked chick. It's blue but it's gold not so much red so the colors wash a bit. I hope it gets prettier as it matures. Anyway, I'm not sure on this one either. If it's a pullet she'd be a cool layer. If it's a roo he'll have to go. 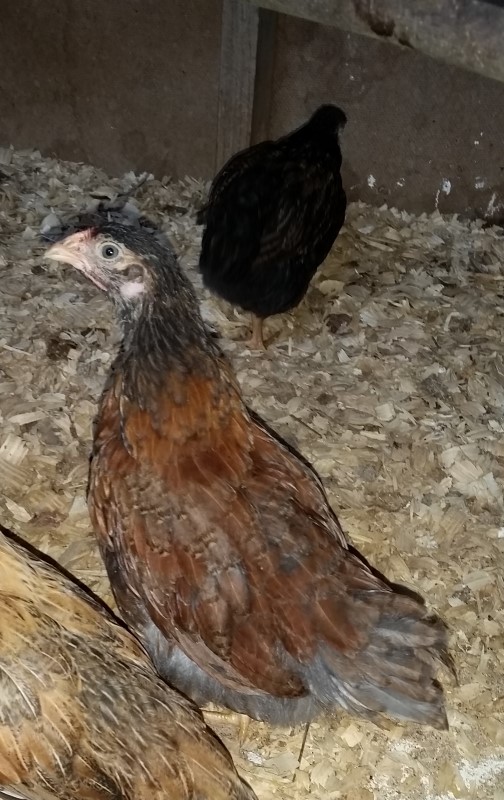 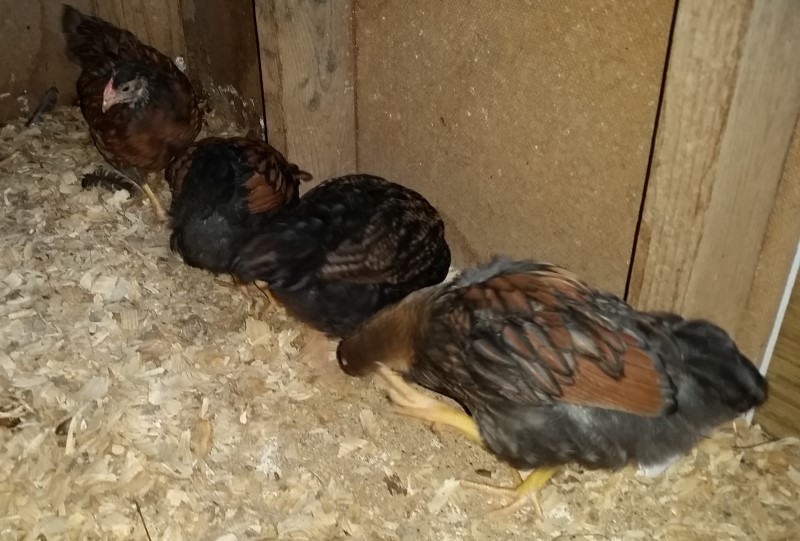 Chick on the far left in this one. But this one shows the gold laced second from left, dark pullet? 3rd and last the straight comb blue laced last. 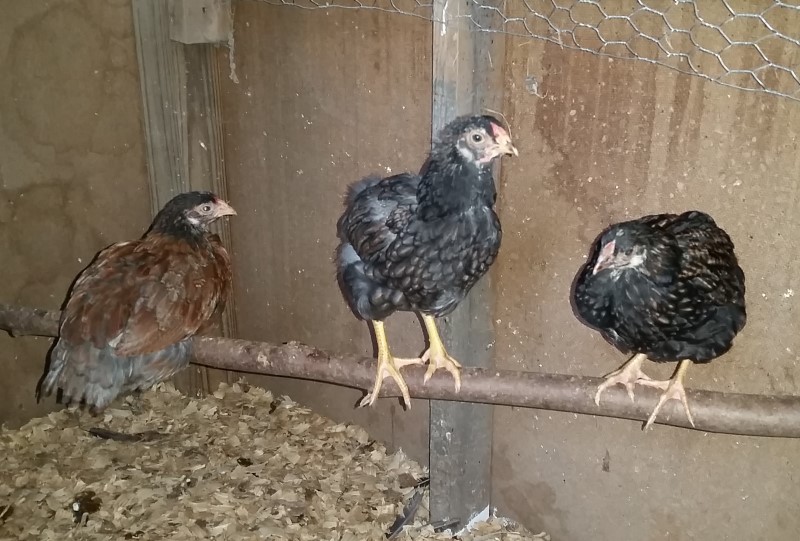 And this last picture has Chick #5 on the left, the dark 'rooster' Chick #1 in the middle and the dark 'pullet' Chick #3 on the right.

See what I mean about them all being different? I'm hanging onto them until I'm sure who's what. If Chick #1 is a rooster he's staying so I can see how he matures. If the rest are roosters I won't likely keep them. If any are pullets they'll stay and the nice ones I will breed, the others would be in the laying flock.

Now for the almost 8 week old chicks. I ordered 3, sold 1 which I was pretty sure was a rooster to a lady who was buying some laying pullets who wanted a pretty rooster with her pullets. Anyway, the straight comb I'm pretty sure is a rooster. If so he'll be rehomed. The other one I'm thinking is a pullet.

Chick #6 is the straight comb 'roo' 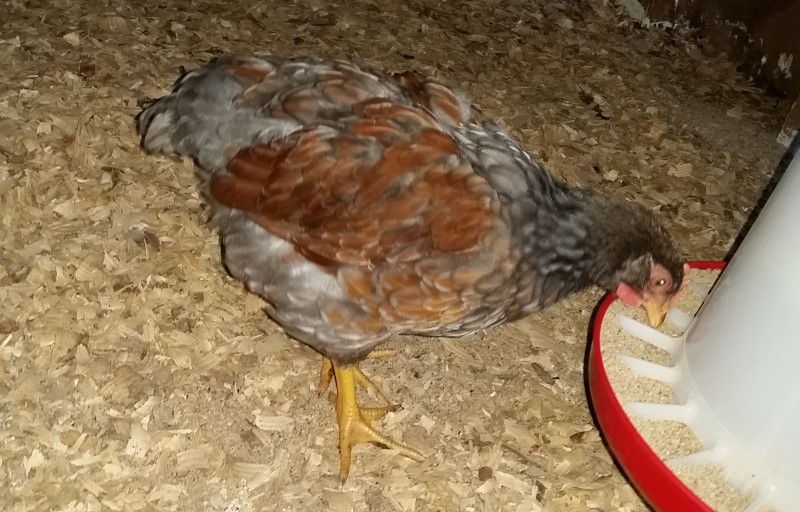 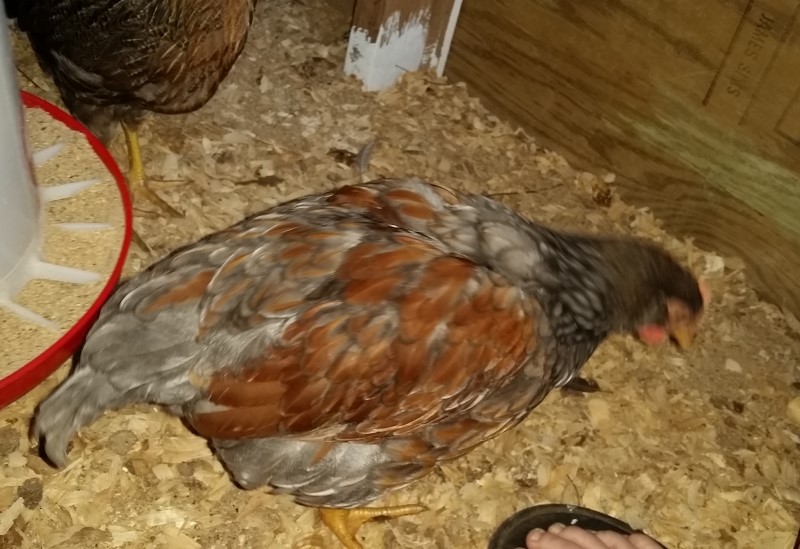 'He's' a big chick too, biggest out of all our chicks of assorted breeds. We have Brown Leghorns, Austra Whites, Black Australorps, Salmon Faverolles, Sapphire Gems and he's a big bird.

Chick #7 is 'Pixie' or the one I think is a pullet. She's no where near as big as he is and is much more in line with the others in size. She's more dainty so that's one reason I've always thought pullet with her. 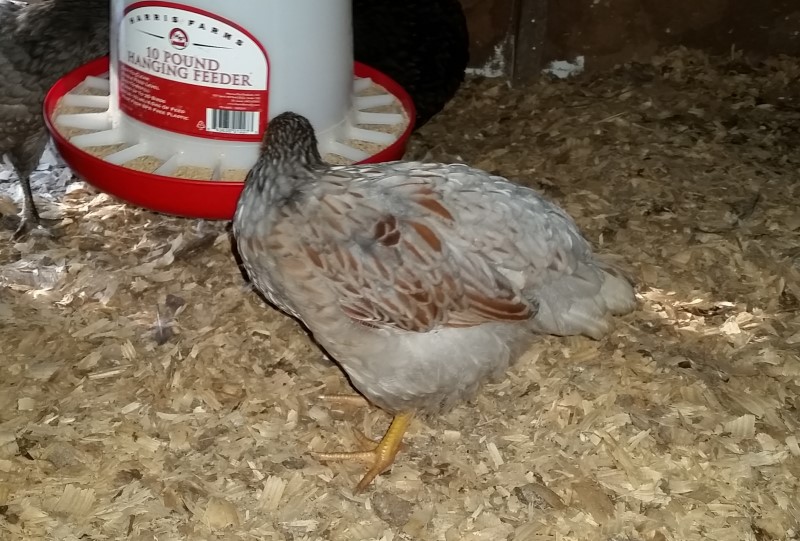 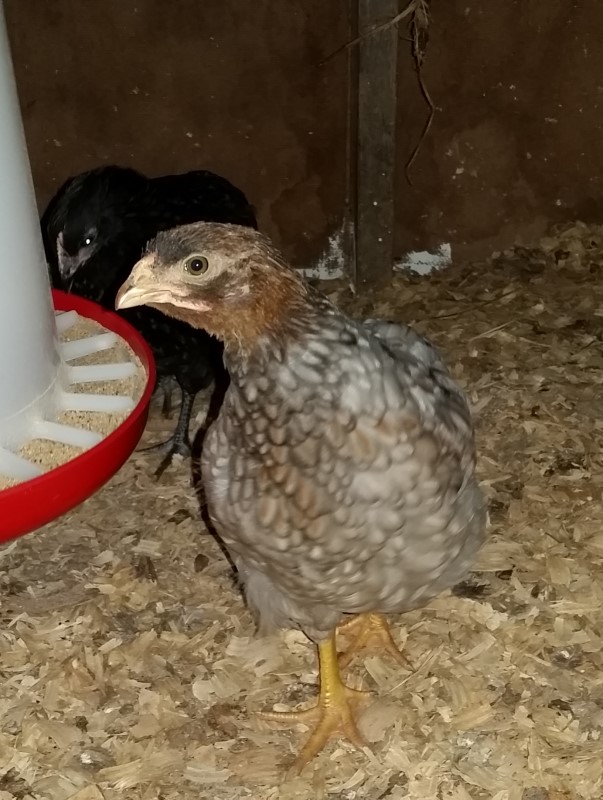 Those are my BLRW chicks. I sure hope some are pullets. I love the variety even if some aren't breeding quality. I have really nice breeding quality pullets almost at the point of lay which I plan to hatch chicks from as soon as I can. So these are just to fill my eager-for-more moods.

All of them are so beautiful! I want one

Keep me updated; I want to see how right and/or wrong I am!

#1 and #6 are your roosters.
Watch #4. Comb is small and pale, but that sure is a lot of red block on the wings.
The others appear to be pullets at this time.

I love what you guys think! I'll definitely keep you posted. I'll get more pictures later too.

#6 is a rooster and all others are hen I guess so for.

@sassysarah123
Here are more pictures of Chick #4 the Gold Laced one. 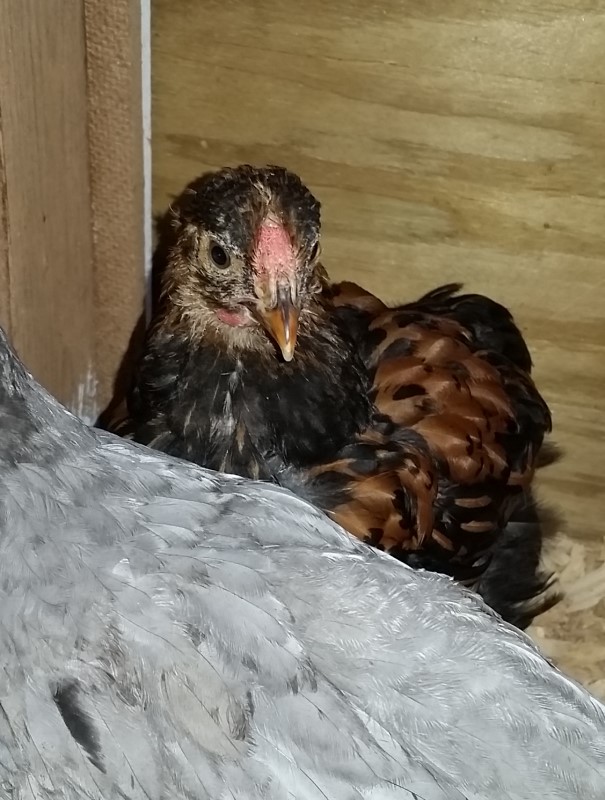 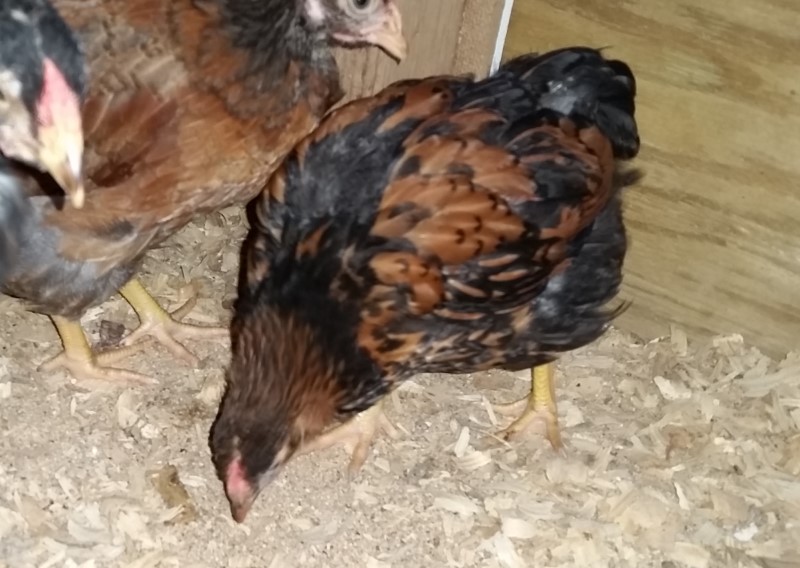 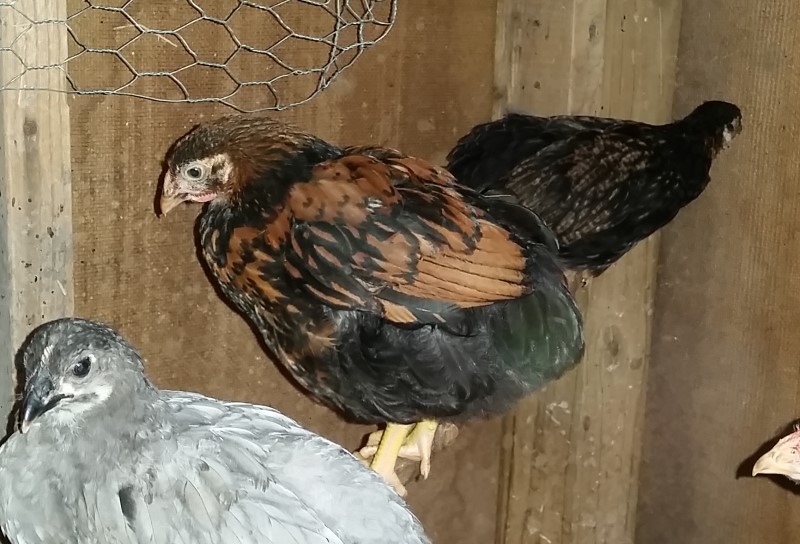 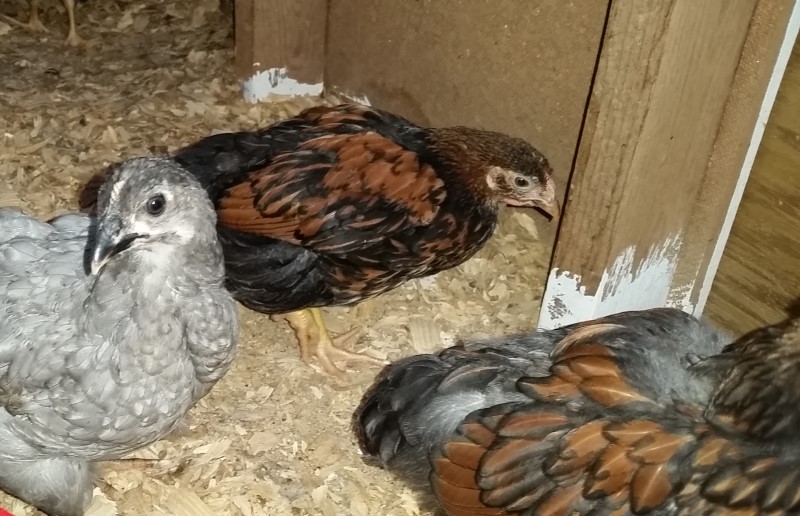 That's the one that really has me confused.

Here's a few more of Chick #5 the mixed up looking one. 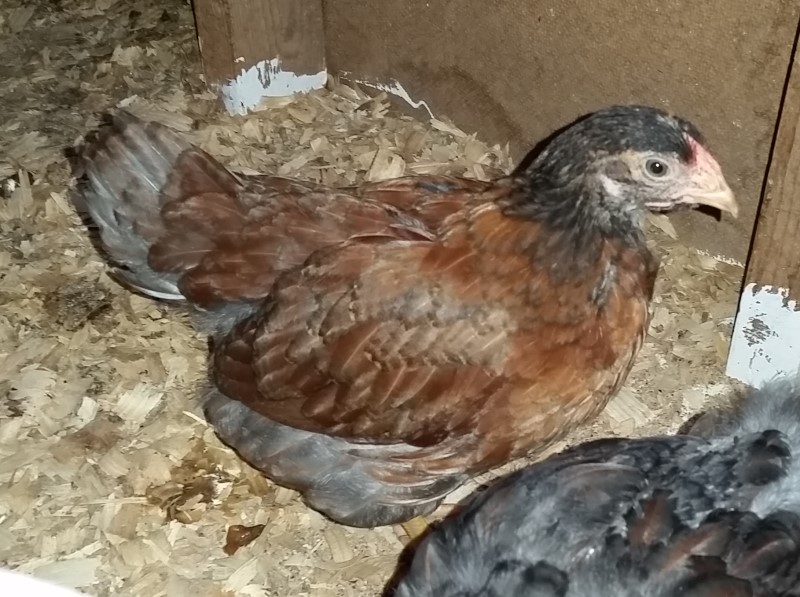 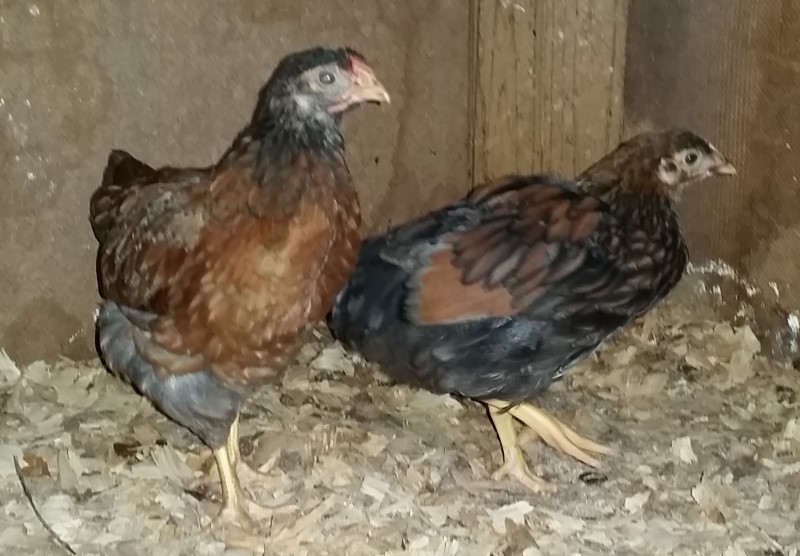 This picture above has the straight comb chick in it too. Chick #2 on the right.

They are a little young. Could you post pics of their combs in a few weeks?

I leaning towards pullet for them both.

What Gender? and supposed to be Barred Rock could be mixed Breed .
2