I'll consider it still under construction since all my tools are still down there, but my coop and run are almost done.

I have 15 Light Brahma babies, 1 Light Brahma Roo, 1 Mamouth Turkey (Cookie) and 1 Australop (sp?) The oddball is my daughter Katies' chicken. She named her KayKay (what she calls herself).

First, the babies: They were hatched on the 10th, yes, that is a turkey in there, he is about 3 days older than they are. 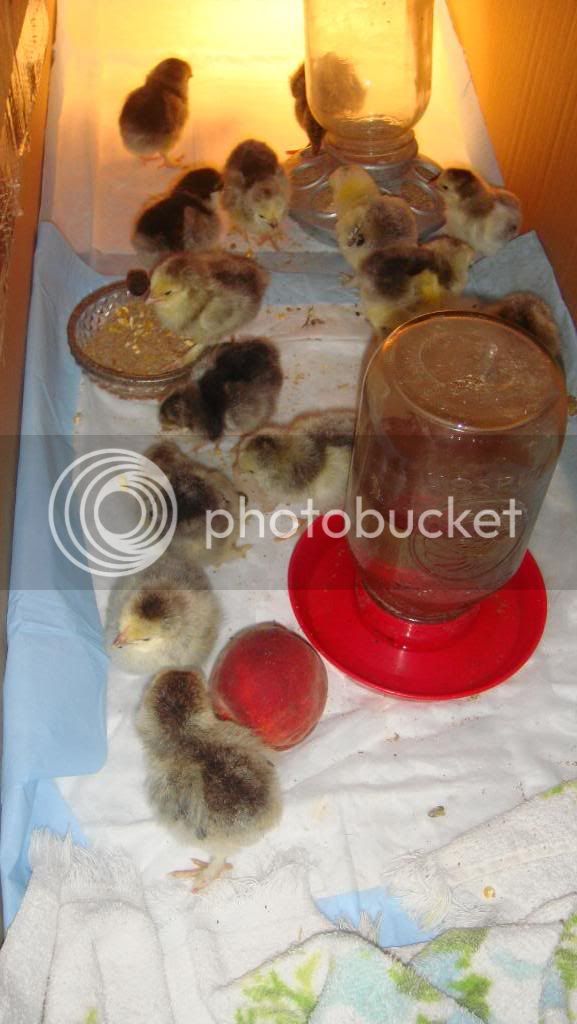 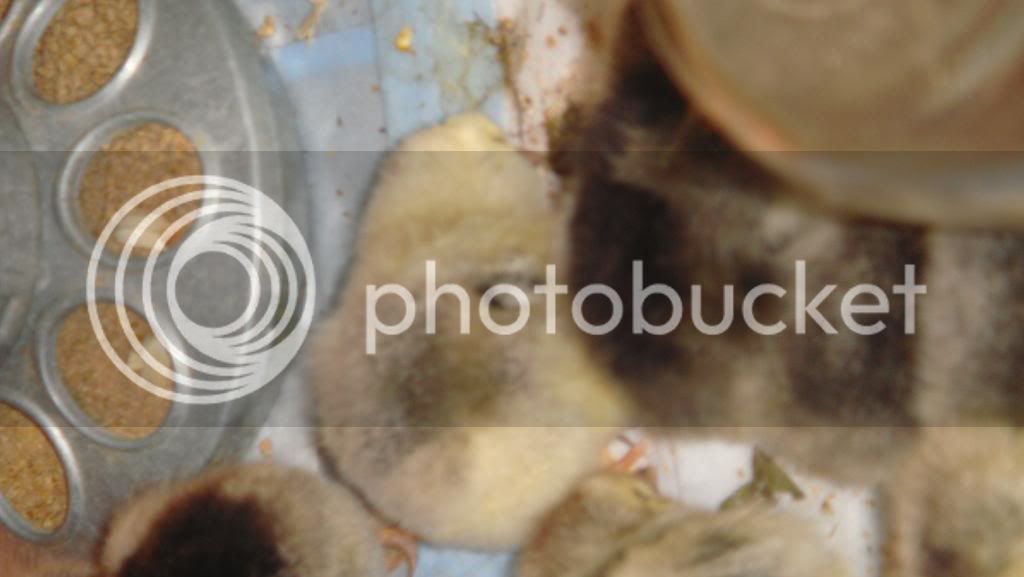 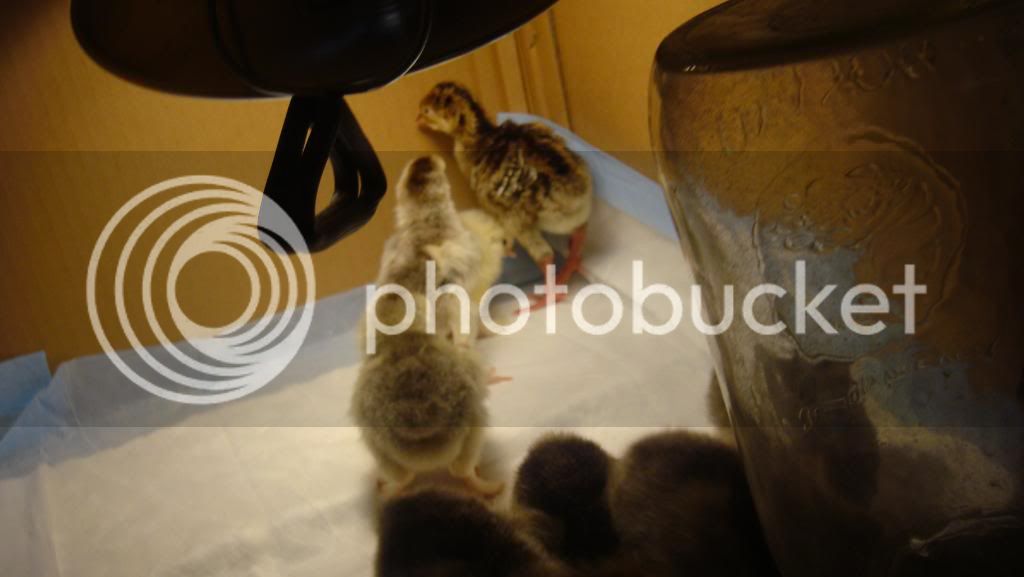 Next is my Coop and Run. Since the hardware store was unable to get me the wire they ordered for me 3 times and my chicks arrived 2 weeks early and my goats were eating the chicken food (by going into the pop door) I was desperate and took what they had, the run is smaller than I intended. I'll add on later.

This is my automatic waterer, courtesy of the spring fed creek that runs along my property. It has a hose running from the creek, through the waterer and into PVC back out to the creek. They have fresh 50 degree water flowing constantly. In winter, I'll have to do something else, but so far so good. I made the basin out of styrofoam covered in concrete. 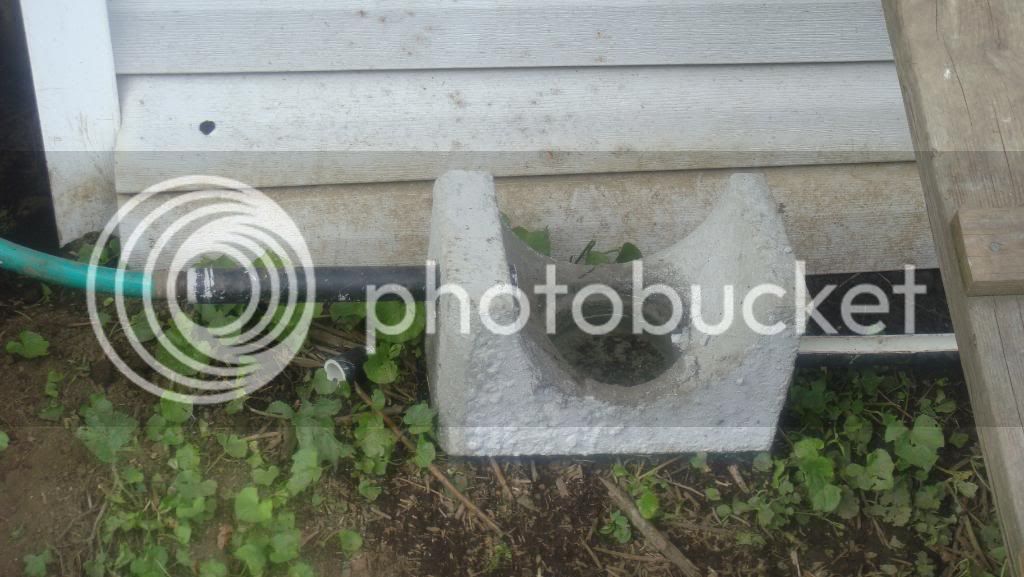 This is the front of my coop with the pop door. I have a cable running up the mountain to our steps that lead down to the meadow so I can open it and close it without walking down the mountain. I'll redo the tracks on it soon 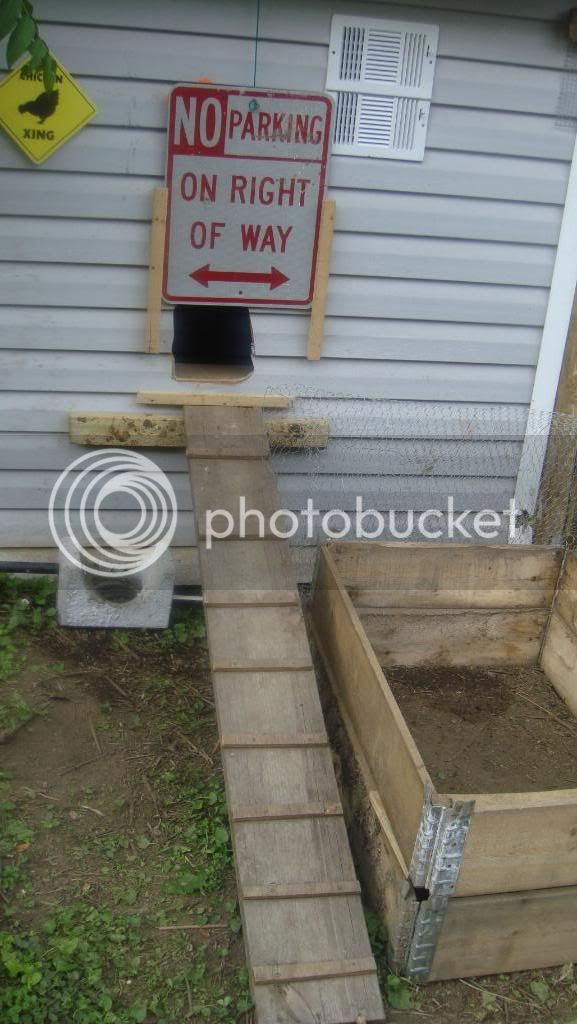 This is my scarecrow. Because they messed up my wire order, there is no shade in the run and I needed to do something. For some odd reason, I decided to make a southern belle scarecrow/shade giver/roost. It works great, they spent the hottest part of the day under her shadow. I made the hoop skirt out of coat hangers, used my old mannequin for the body, put on a halloween wig and my old prom dress that I've been carting around for about 25 years. I still need to put a basket with eggs in it in her hand. It's called Inspiration! 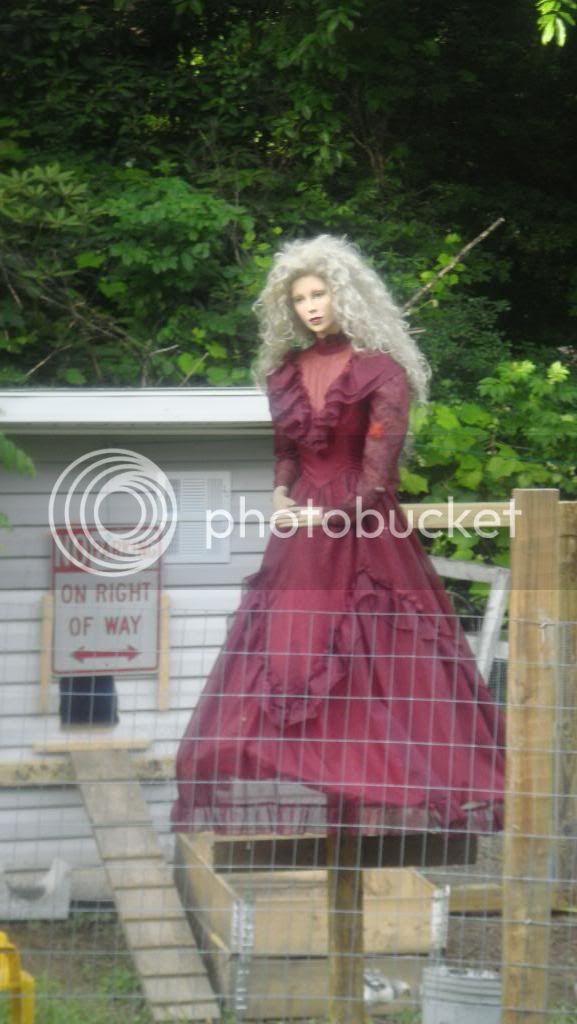 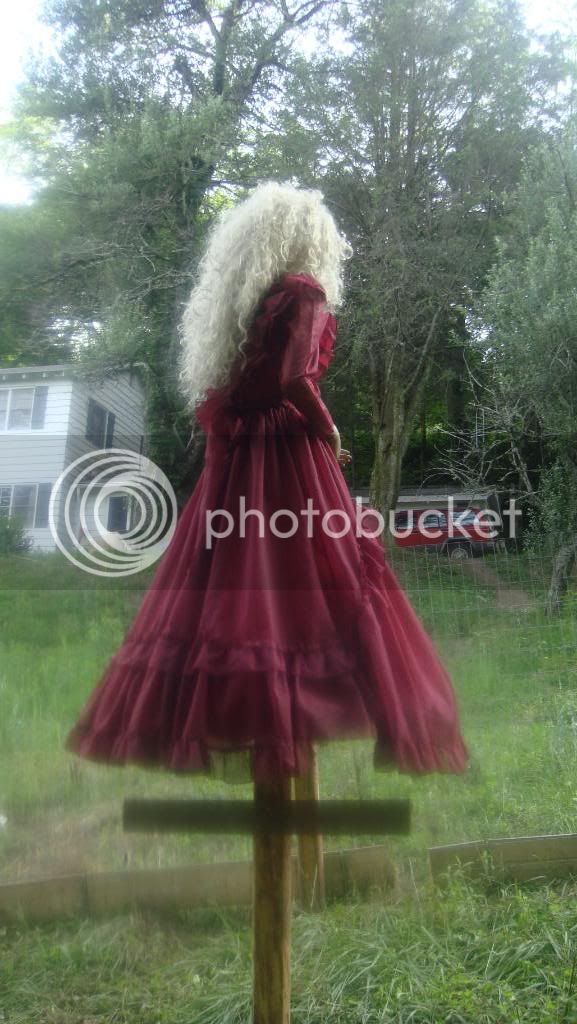 Now, for the inside. It is a very small coop probably 5x6 and I have large chickens. In order to maximize space, I used the 2x4's in the wall to make a feeder: 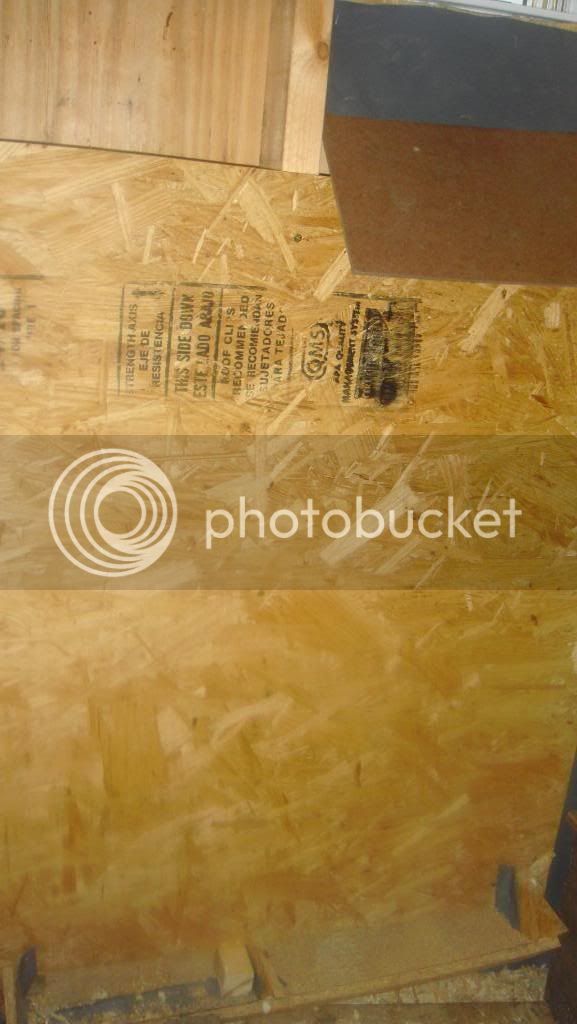 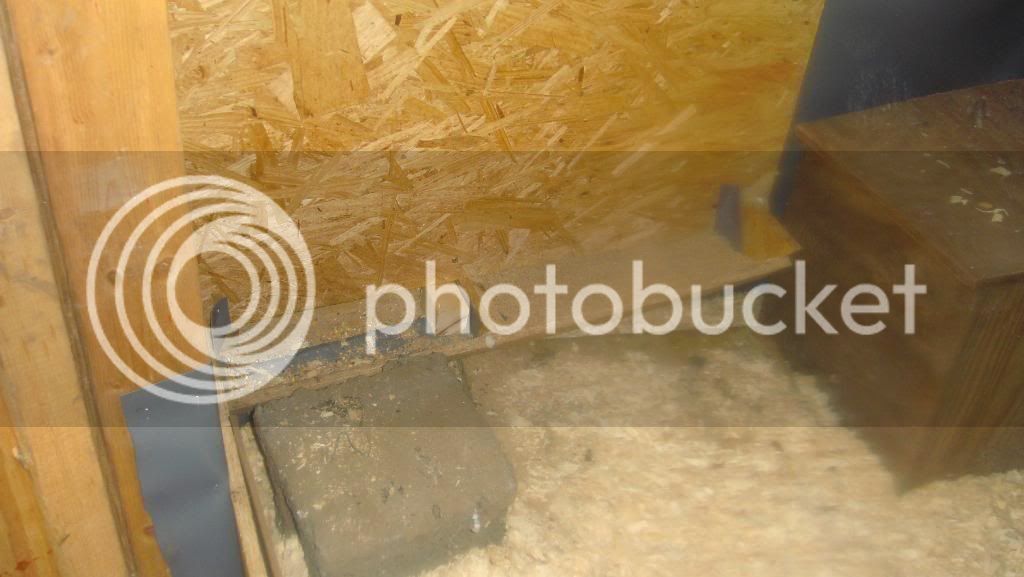 Some shots of the inside: 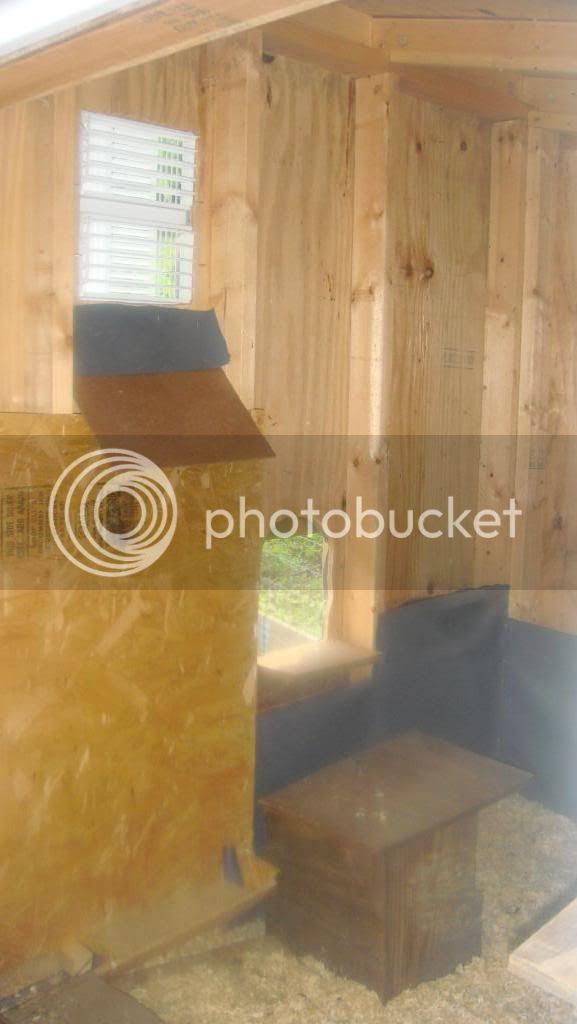 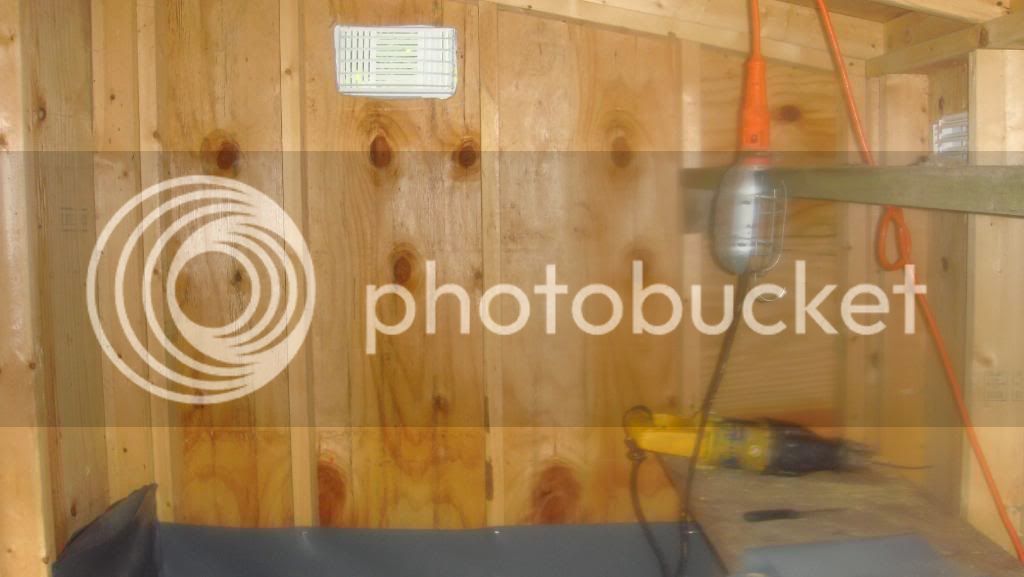 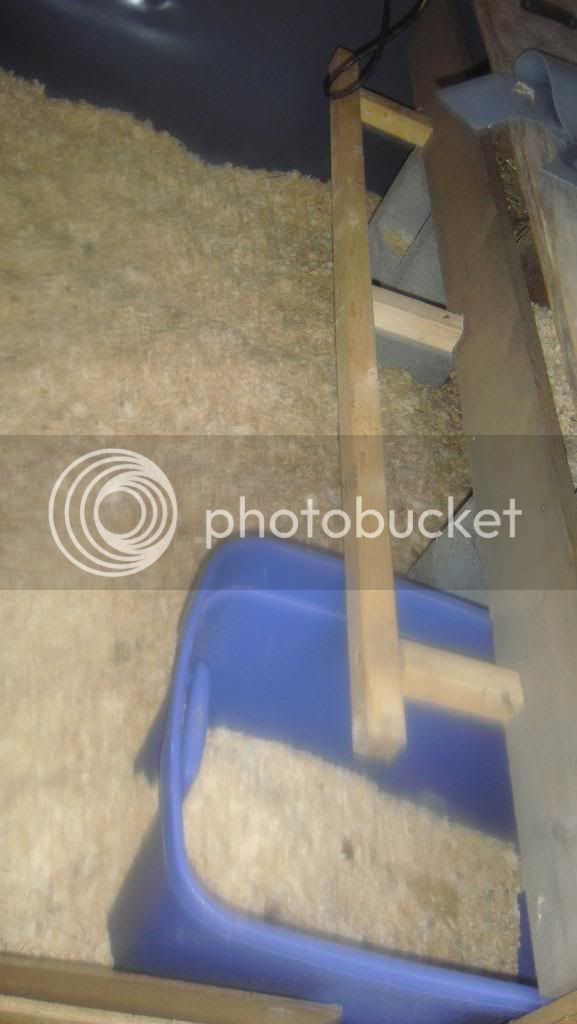 Finally, the rest of my flock:
This is Doodle Do, My Light Brahma Roo. 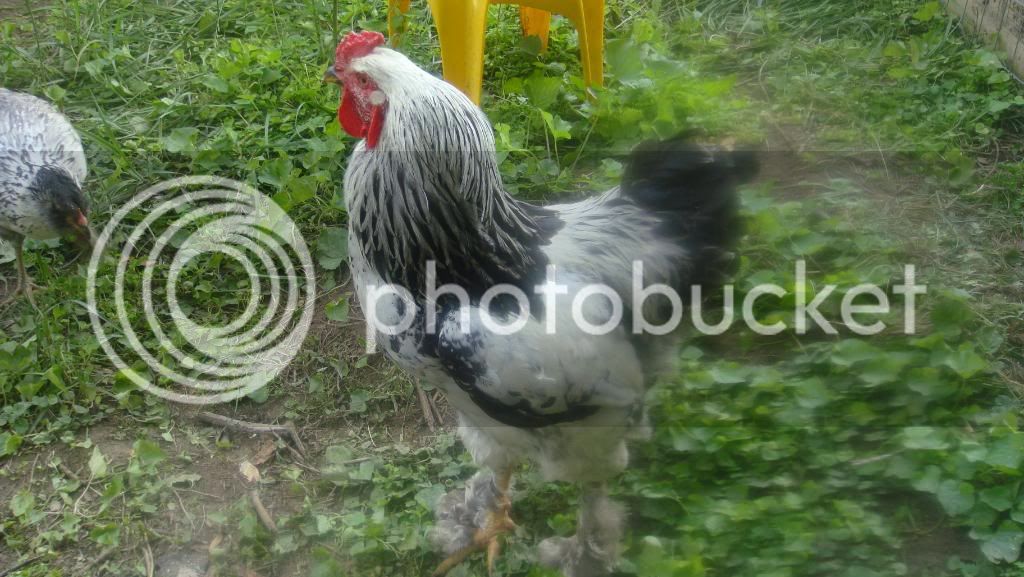 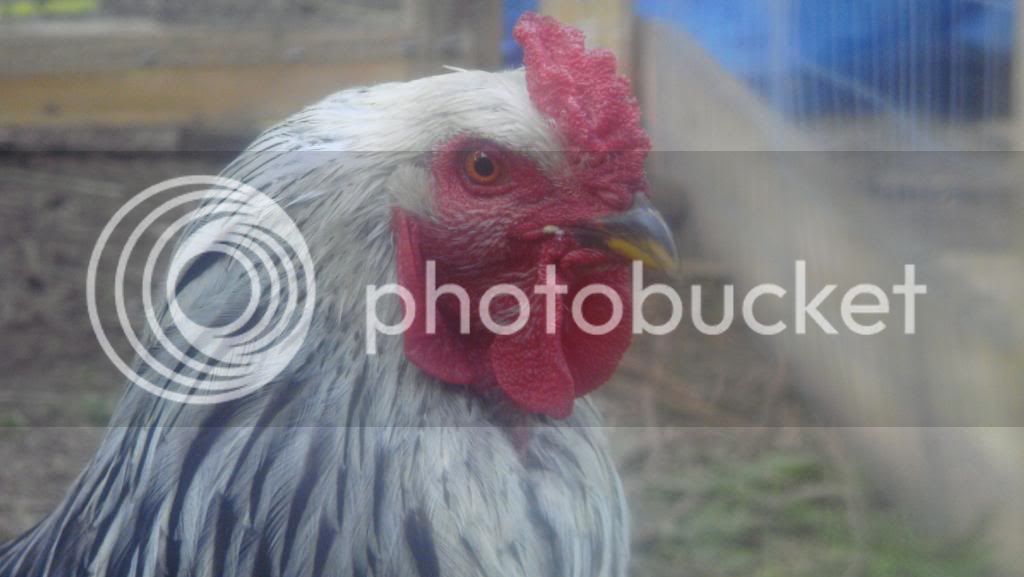 This is Harmony, the sole survivor of my last batch of chicks. She was the runt and still isn't as developed as her hatchmates, that disappeared 2 weeks ago. 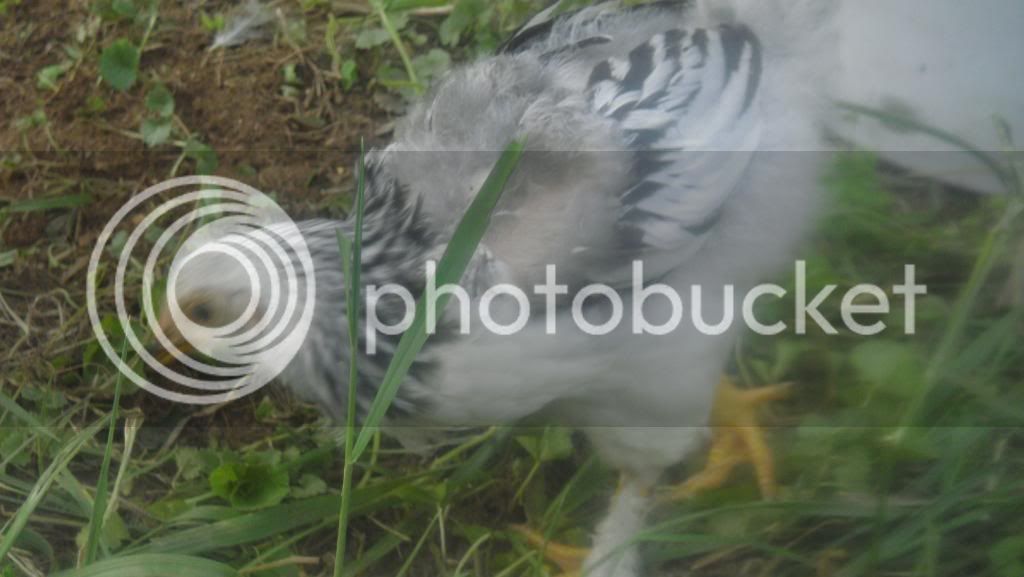 This KayKay Bird, my daughters chicken. Be nice to her, she's had way too much attention from a 3 year old.: 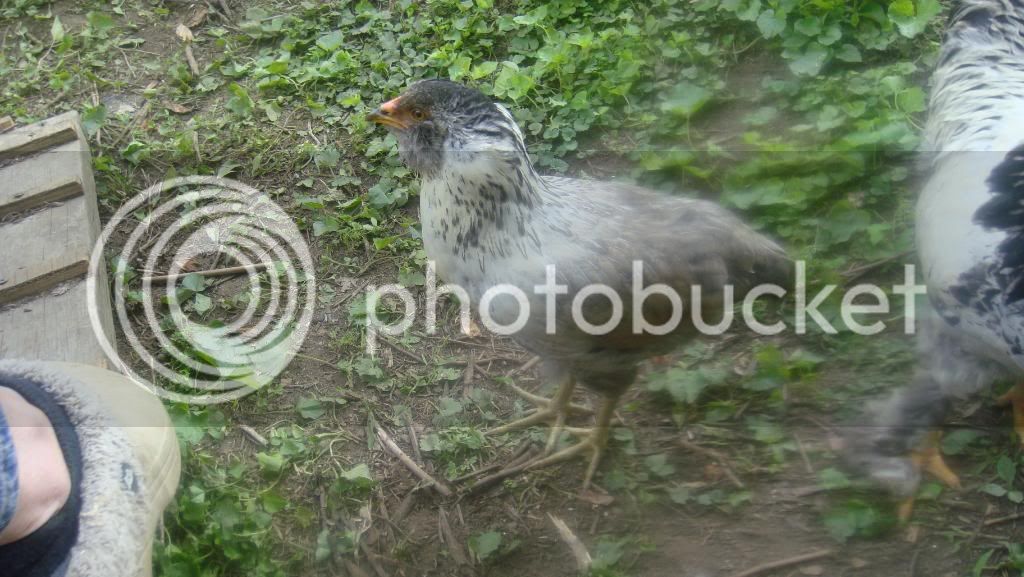 This is a full shot of the coop, run and tools and construction mess.

Instead of cleaning up and hauling tools up the mountain, I decided to plant some vines, greens and watermelon along the fence line. 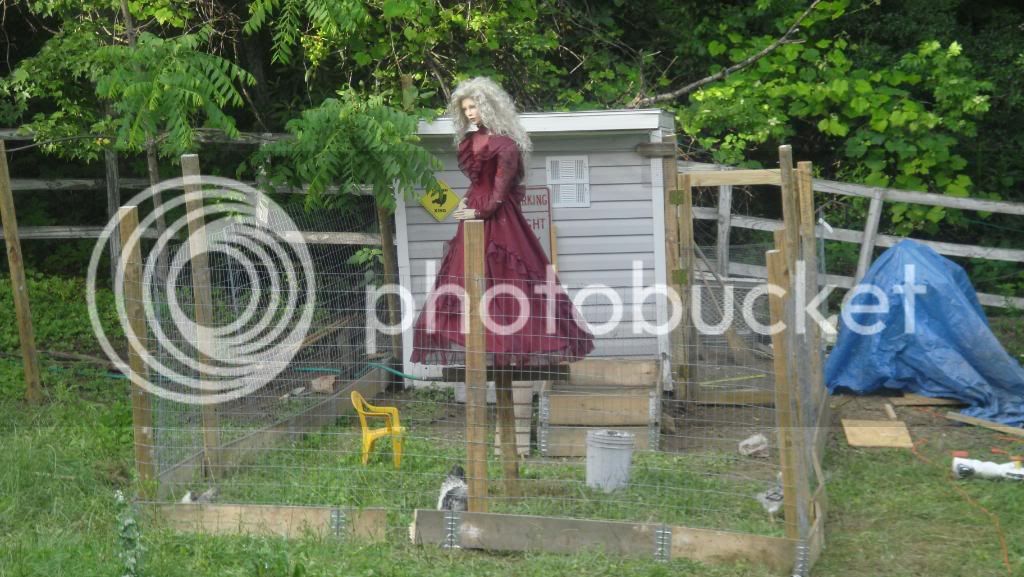 This is the stairs heading down to the meadow where the control for my pop door is. No, there is no level ground on my property. 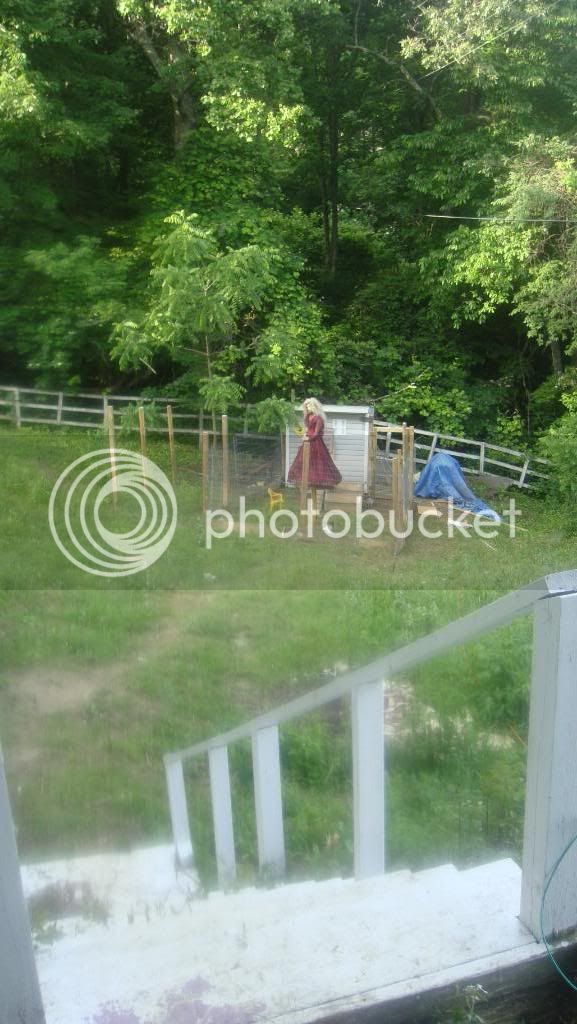 And that, is my Brahma-Rama! Special thanks to my husband for digging holes in solid rock, cutting his hands on wire, redrilling things I couldn't drill, carving out the vent holes, attaching the shower liner for the floor and walls. Oh, and tolerating chickens in his living room.
Last edited: Jun 14, 2009

I got a kick out of your scare crow and pop door panel!

Nice job, thanks for the pics

Love the door and scarecrow!!

I think your scarecrow is hilarious. Looks like it could be the beginnings of a great Halloween horror show/tour. You need a name for her. Lizzy Borden? Let the 3 year old name her.

I'm sorry but that scarecrow would scare the bejeebus out of me looking out my window at night. A light strategically placed below her skirts would keep burglars away too.

Halloween is our favorite holiday. You should see our ghost.

I could not bear to pilfer from her for my scarecrow. Hmm...haunted coop...

I was thinking about running christmas lights around the perimeter. I bet my girl lights up nicely

That scarecrow scares me

How to predator proof existing run.
2 3