So, we rescued a hen. She was being cared for by our neighbor and roosting in her tree. We have had her for about a week and a half now. Fairly recently she has been REALLY picking on the other girls. Mainly when they are on the roost.. today I put another roost in the coop to hopefully curb this behavior. I had thought that maybe there just wasn't enough space for everyone. I also moved some things around and made the space bigger on the floor . It's a 4 X 8 coop and is about 4 feet tall. during the day they are free range with plenty of room to roam. I am pretty new to chickens, I read about the pecking order and all but she is like pecking and growling and going out of her way to be mean. They try to move to a new spot and she tries to push them off by pecking and pecking. I am scared she is going to draw blood. My husband kept pushing her away from our little pullet tonight, eventually she got mad and flew out of the coop. She came back about five minutes later. She got up on the new roost and tried to start pecking the little one again. Our biggest lady pecked back at her FINALLY in defense of the little one and she stopped. She is now roosting alone on the new pole but I'd bet tomorrow night will go the same. I am also worried about the time in the morning when the sun comes out before I let them out, is she going to go at them again? I haven't noticed any injuries.. I don't know what to do? Any advice would be helpful. And no I do not want to eat her.. I want her to be nice.. is this possible to fix her attitude?

Sorry should mention that's 4 hens total with her being added to the group.

I certainly can sympathize with you. I have had similar problems recently with the hens that roost in a coop that I partitioned down the middle to prevent the two groups from quarreling with each other at roosting time.

Then recently, quarreling at roosting time started up within these two groups. The first two would get up on the perch and then pick on those trying to come up after them. Like you, I tried to referee but it soon got tiresome. I needed to find a way to keep the peace.

On one side are five one-year old Welsummers. I found some Naugahyde scraps and sewed them together to make four long curtains hanging from the ceiling to create five 'stalls' for each of the hens. It solved the problem.

On the other side are four cantankerous three-year old Sussex hens. Putting up one curtain in the middle of the perch solved their bickering. They seem to be paired off in two separate alliances, so they pair off at roosting time on each side of the curtain.

It was a good move to install a second perch. But you might try partitioning the perches somehow to create private sections. I've discovered that even though hens can take a violent dislike to another one, if she doesn't have to look at her, it calms her down.

If your coop is just four feet high, so is mine, curtains ought to be fairly easy to staple onto the ceiling above the perches. I've also rigged up perch dividers out of old plastic tub lids by cutting holes in them and slipping them over the perch. Curtains work better though. I tried making them out of plastic feed sacks but they're too crinkly and noisy when a hen's wings hit them. They hate that. Canvas or other heavy material is better, such as Naugahyde.

I hope you solve the problem and get peace restored at roosting time.

This is such a great idea! I will definitely be setting this up tomorrow. Thank you for your time and incredibly helpful advice.

@azygous you should post the pics of that set up here..it's very cool, but a pic is worth a thousand words.

@boersmamrs you could just let them work it out as long as there is no blood drawn.
My flock has a pecking party every night at roost time, it's just how chickens do, even tho they have enough roost to all have a foots worth they all cram into one end. It looks barbarous to us, but to them it's normal.

aart said:
@azygous
you should post the pics of that set up here..it's very cool, but a pic is worth a thousand words.

@boersmamrs
you could just let them work it out as long as there is no blood drawn.
My flock has a pecking party every night at roost time, it's just how chickens do, even tho they have enough roost to all have a foots worth they all cram into one end. It looks barbarous to us, but to them it's normal.
Click to expand...

it might be normal but she is much bigger than my smallest pullet and i am worried that she is going to get hurt. Perhaps once everyone is of equal size I will try taking down the barrier. I think she is doing more than asserting her alpha status.

Okay, here it is. Since I snapped this pic, I lowered the perch down to just six inches off the floor. Since it was pointed out that the length of the perch didn't permit much room for flapping of wings, which they need to do for stability, they were annoying each other as they tried to land up on the perch. By lowering it, I resolved that problem. They now find it much easier to simply step onto the perch without the need for wing flapping. Everything is so much more peaceful at roosting time. 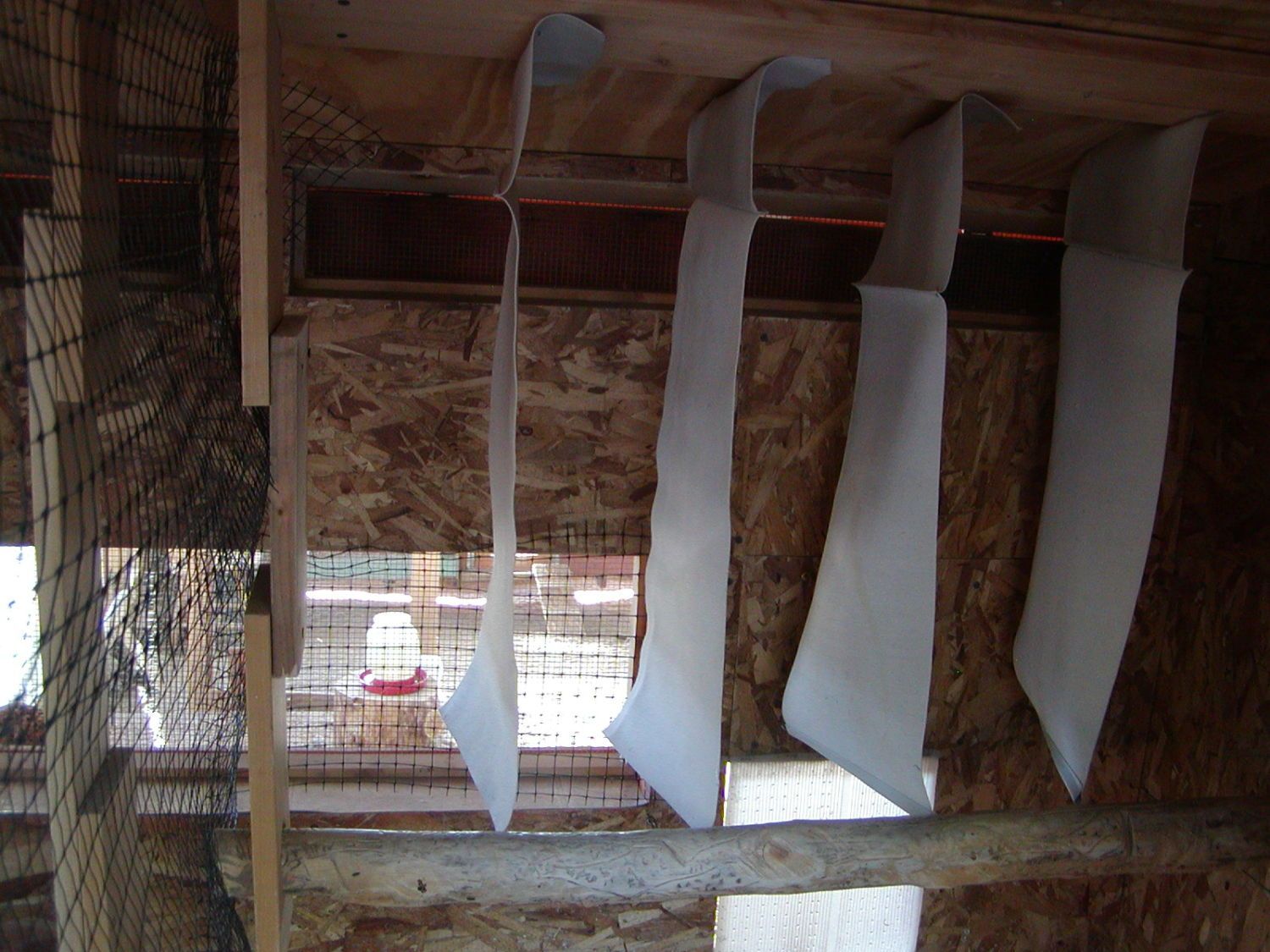 C
how to reintroduce 2 bully hens to flock

An evening pic from my camera in the henhouse, all accounted for ❤️

Why don’t they let her roost beside them?