Ok, I've been setting all of my call duck eggs, hoping for a hatch of one or two at least. I set 10 under a chicken hen that she abandoned, and the four that I have in the hatcher right now are ones I found in the woods (My blue duck was laying out there - it eventually was her downfall, a hawk got her... but I digress...) So the egg I have pipped is from my blue hen that I lost and I am so nervous and geeked and happy - I got a call duck egg to pip!!!

Wish me luck (and calming thoughts

I've read so much on here about how hard it is to hatch call ducks, and how they hatch early, and ya got to help them out, etc....

I'm gonna go outside today (It's gorgeous out) and work on my duck pen and try not to think about it.

Last year I helped out all my call ducks and they did just fine but this year I am DETERMINED to keep my hands out of the bator...we'll see

Good luck to you!! I am having a time with mine. I candle and can see them break the air sac but then they just stop.

In my opinion you have to help them...I have only had one hatch by itself.

About 12hrs after they have internally pipped, make a small hole in the air cell end of the egg so the duckling can breath...if the membrane is whiteish, wet gently with a qtip and put it back in. To keep the humidity up keep a warm spray bottle in the incubator and spray the corner away from the eggs each time you have to open the lid.
If there is no progress in 12hrs, aka it makes it's own pip or starts to zip, break off the top part of the shell only where the air cell is...if you break the membrane the duckling will bleed so be really careful! Again wet the membrane with the qtip and put it back in.
Unless the membrane is plastered to it the duckling should be able to get out on his own from there. It may take another 24hrs for all of the yolk to absorb so leave them alone. If the membrane is really stuck to it, wet with a qtip again, only push back the membrane if you see no blood vessels!

This weekend I had 8/9 hatch, one even pipped at the bottom of the shell, but with appropriate help they can get out ok. The only one who didn't make it was upside down and didn't pip at all.

Well, the first pip is nearly out (I helped slightly, stopped if I saw blood, etc... ) I believe it's about ready to come out of the shell, but am letting it do that on it's own. The second pip (yeah, I had another) is still a bit yolky looking, so I'm leaving it to itself for now.

I can see that they wouldn't have hatched on their own - the second pip had pipped internally, but was no where near the shell to pip the it. Those are some hard shells, too!!!

So, hopefully I'll have two live. One egg died before pip (it was starting to smell), and the other I don't know yet if it'll pip or not.

Two is good - I have more to put into the hatcher next week, I may have a whole flock of ducks out of this yet

Got as far as I could on the duck pen - need more materials (need my truck back out of the fix-it shop!!!).

Hopefully by morning I'll have at least two living call duck babies. Judging from their bills, I have a male and female (yellow bill, dark bill). The male is blue - not sure about the female, but I suspect they are both blues, since the female blue duck was laying there, and the khaki female was laying in the coop - where she was supposed to.

The first one pipped hatched - he is resting and drying off now, the second pip died before hatching totally - a third egg has no action, and the fourth egg I tossed.

One out of four isn't great, - but since I didn't really expect any of them to hatch (because of how I found them) I'm happy I got one to live, anyway.

Now I just have to be patient til next week when the other duck eggs go into the hatcher. He won't be lonely, though, he can hang out with the dozens and dozens of chicken chicks I have right now

I hope it's a girl, but he has a light colored bill, so I'm guessing it may be a boy.

Sorry you lost some, but realistically you did good!

Quote:
yep, I think so, considering the eggs were found in the woods, and I haven't ever hatched a duck before in my life - and probably did everything wrong

Ok, pics of "Squishy" and his friend. 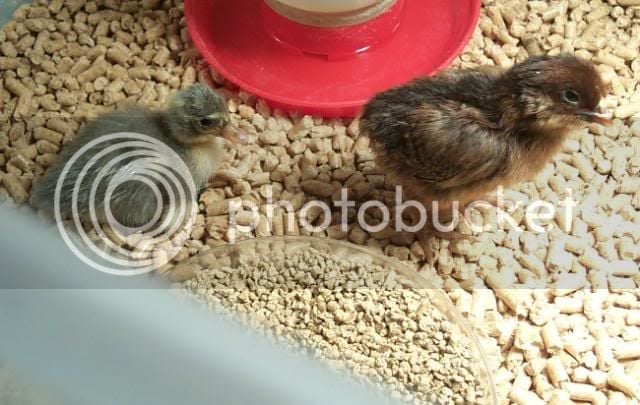 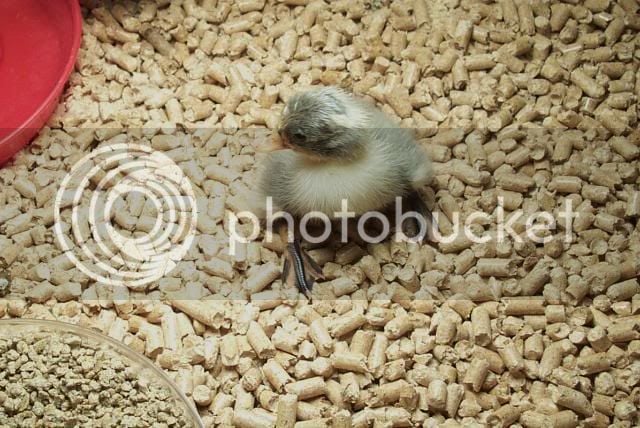 He's a bit mushy still, but getting a lot better - I need to watch my humidity a lot more next time. He scoots around very well, I'm sure he'll be on his feet better in no time.

can i just say that Squishy is adorable! way too cute. i gotta go eat some protein because he's so sweet!

Only One Duckling Hatched