Every year we go on a Congregational Camping trip. We had a great time!! We were at around 8,000 ft. on Mt. Lemmon. Which is about 27 miles from where we live. Here is a photo of the view of the city of Tucson taken from the end of the trail where we were camping. The city lights are very pretty at night 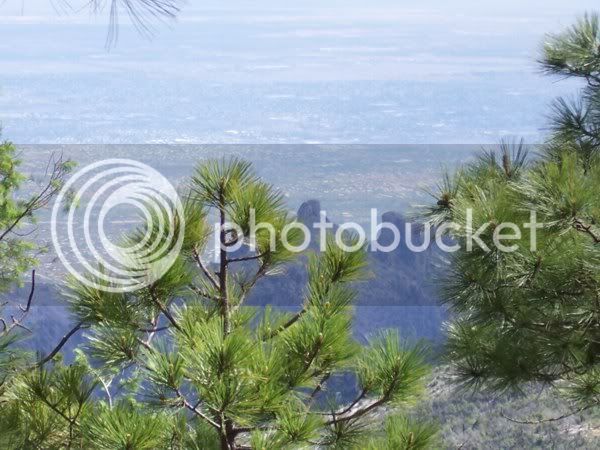 Here is Spartacus with Michelle, one of his favorite people. 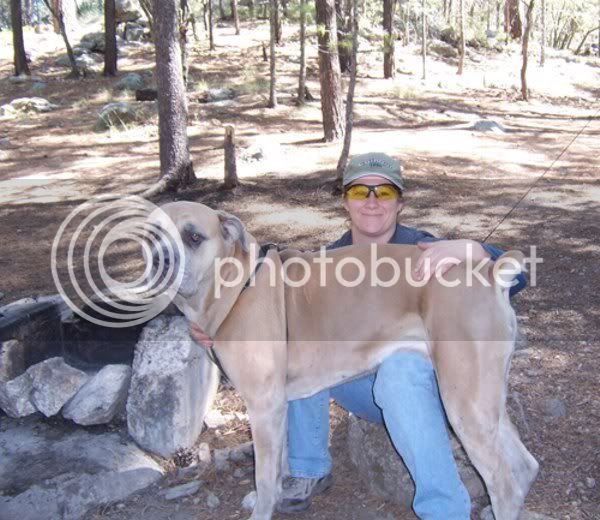 Spartacus had a great time!! He was the official Security Guard. Anyone that approached the camp had to first be properly introduced to Spartacus or they were not going to get by him.

The first day one of the Park Rangers came to clean out the fire pit. He was carrying two shovels. Well, Spartacus decided this fellow was not allowed in camp with any "weapons."
The fellow had to put down the shovels before Spartacus would let him come into the camp to be introduced.

Then later as the people were gathering firewood, anyone that was not well known to Spartacus, was not allowed to bring sticks/weapons into the camp!!

He would bark at them and not let them pass, until Rick or I said it was ok for them to bring in the sticks.

On the last night, one fellow who had been there the entire previous four days, got out a hot dog fork, it was one of those that are able to get longer by pulling on them. It makes a sound much like a sword coming out of the sheath. This fellow was sitting in a chair by the fire. Which put him right at eye level with Spartacus. As soon as he opened up that fork, Spartacus was right beside him. The fellow turned his head, and Spartacus "chuffed" right in his face, as if to say, "Put down the weapon!"

It was funny how serious Spartacus took to his job of keeping eveyone safe from what he considered to be a threat.

During the day there was lots to do, like playing chess. 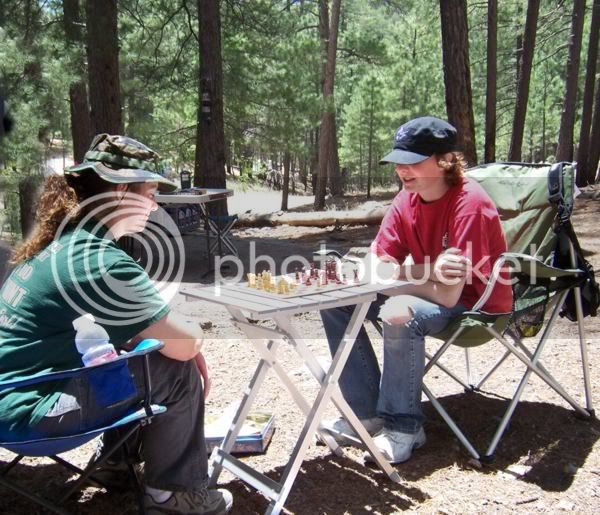 Sitting and just enjoying the nice weather. See our camp kitchen in the background?

That was one of the best things we ever bought for camping.

Everyday there was wood to chop. 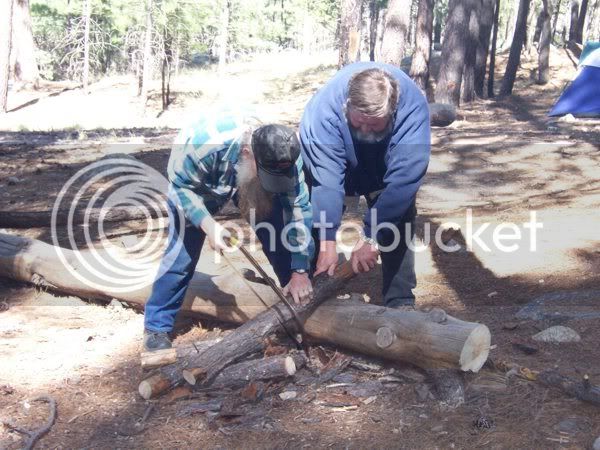 Can you read Rick's shirt? 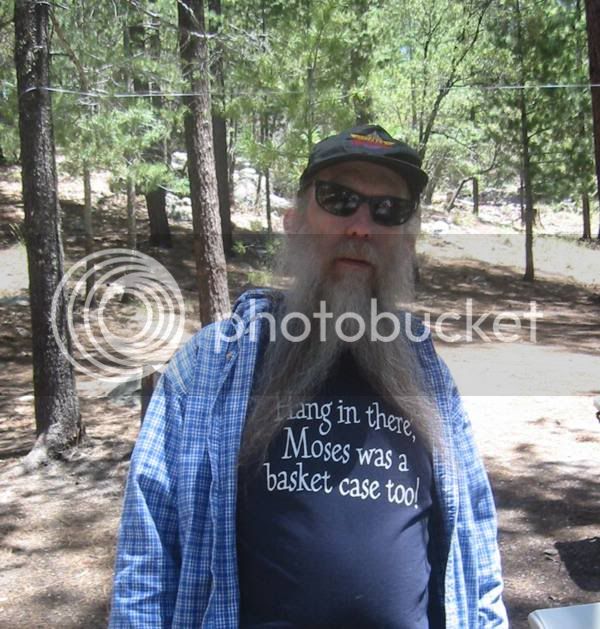 Spartacus got to meet an 8 month old puppy named Gretel. She wasn't sure she wanted to meet him at first.
Here they are getting to know each other. 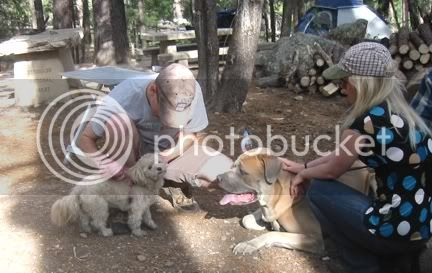 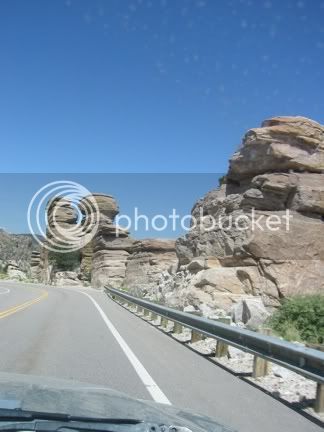 And here is one Happy Dog on the drive back home. 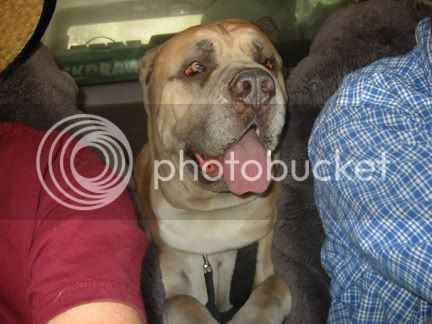 Being a Securtity Guard must be very hard work. Spartacus slept for pretty much three days straight when we got back home.

I have a great neighbor that took care of the chickens and my desert tortoise for me while we were gone.
Last edited: May 11, 2011

glad you guys had fun. it looks lovely there. i love the t-shirt! lol

I loved backpacking up on Mt. Lemon when I live in AZ.

Looks as though it was enjoyed by all, including Spartacus!! Funny, we used to have a ferret named Spartacus, he was my oldest son's!

Why does my rooster act like he hates me?